Right. Well. It's a bizarre situation we find ourselves in (and I do hope you are in), and I am here to provide you with your weekly dose of free games. I can't deny that it's rather surreal to turn on my video game machine (that's my computer) and behave as though everything is some semblance of normal. While this routine remains the same, so many other things do not.

The games below the cut are a mishmash of things -- games with peaceful meditations, games with poems, games to celebrate and bemoan being in isolation, and a rhythm game so difficult I might as well be Miles Teller in Whiplash.

Wherever you are, I hope you're well, safe, and taking care of each other.

They Came From A Communist Planet from Colestia 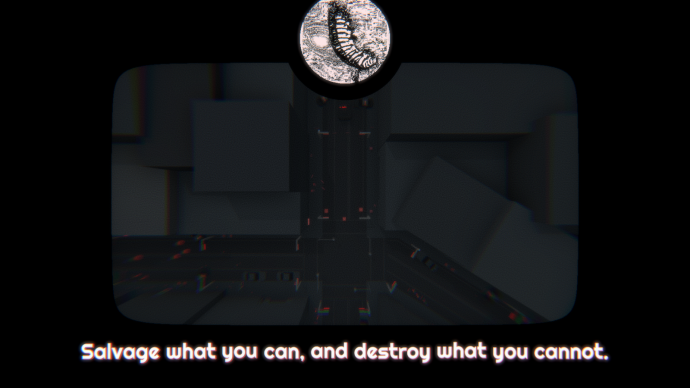 Another week, another Colestia game. I am not sorry. They Came From A Communist Planet has been on my list to cover for this column for a while, but the game hasn't qualified for my purview (read: it cost money, and rightfully so). Colestia reduced the price to pay-what-you-want just a few days ago, which means that it is now eligible for Priceless status! Much like Colestia's other work, They Came From A Communist Planet is all about smashing down capitalism, or questioning those who take part in it. It begins with a quick alien abduction from the titular planet, whose inhabitants want to instil in you the motivation and the tools to upend the capitalist system in which you have found yourself entangled. You can bash in windows, kick over police barriers, throw molotov cocktails, and spray paint anti-capitalist graffiti all over the dang place. It's a riot in an executable file.

The Flower Competition from Kara Stone 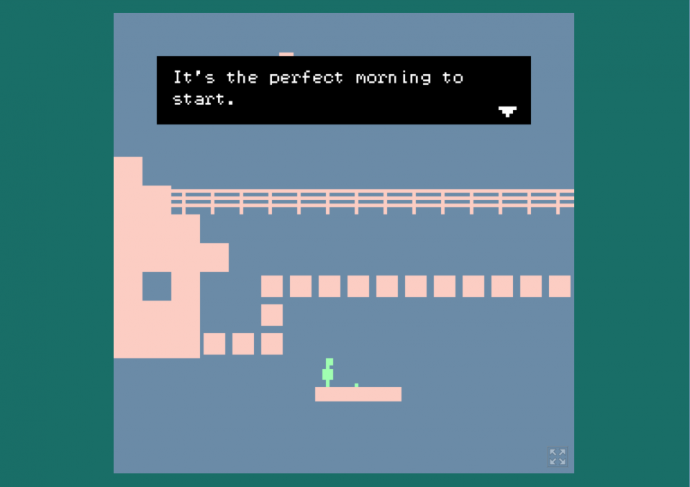 Kara Stone's bitsy game, The Flower Competition, tells the story of a person trying to grow a flower for (you guessed it) a competition. Through an entire cycle of the moon, you'll go through a rollercoaster of emotions; each one of them about the worthiness of your flower. It's not good enough, maybe I can make this work, I'm never going to show this to anyone... If you're anything like me, this thought pattern is going to seem mighty familiar. Perhaps it even hits too close to home. But there is a meditative kind of magic to seeing your own thoughts played out in front of you, in some form other than inside of you, being resolved. It's a quick play, and a wonderful breath of fresh air if you're feeling claustrophobic from being cooped up indoors.

Keep On Beat from David King 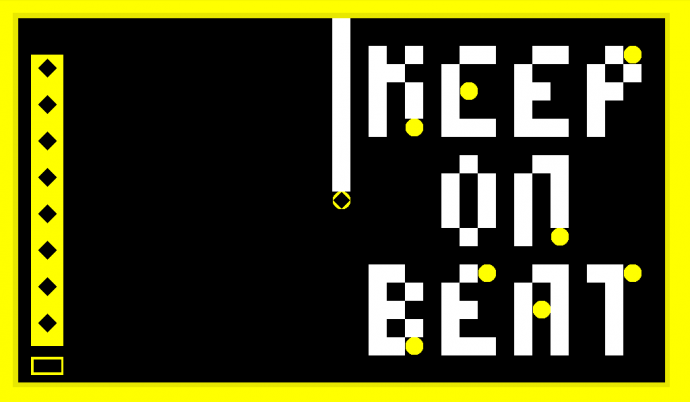 Keep On Beat is an absolutely punishing rhythm game with a clever-as-hell mechanic: in order to progress through each level's maze, you must design a looping drum-beat which dictates your sprite's movements. As your sprite moves along through the maze, you have the chance to slightly alter the loop -- but I guarantee you'll scream and cry and gnash your teeth in the meantime. Right now the game is just a prototype, and so it is especially difficult as King continues to balance the game. Still, the existing premise is so clever that I found myself saying, "Hempuli? Is that you?"

I already used my Whiplash joke before the cut, so I don't think that I can make it again. But if I could, without violating some unwritten rule in comedy, I absolutely would. If you're full-up on quarantine watching, I'd recommend King's other games. King is the dev behind the wildly compelling Tiny Islands, one of the more magical games to have come out this past calendar year. If you haven't had a chance to play Tiny Islands, I highly recommend it -- especially if you're self-isolating or otherwise on lockdown. It's good to pretend to be outside sometimes. 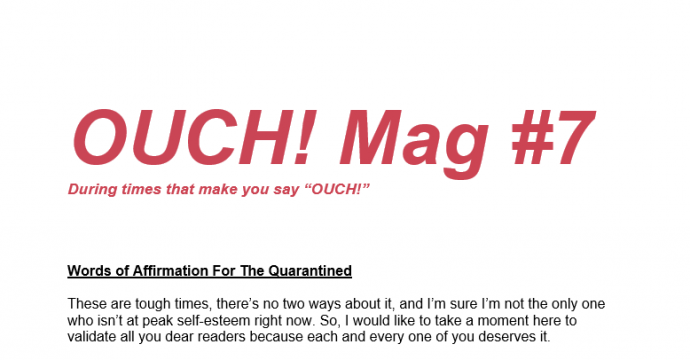 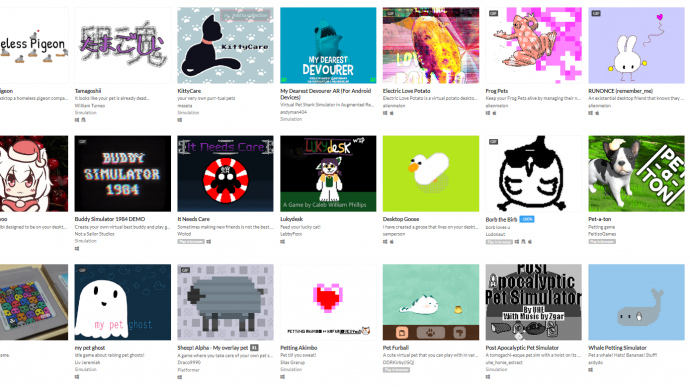 I'm lucky enough to be quarantining with my cat, but we may not all be in such privileged positions. For this, I present to you Nathalie Lawhead's collection of desktop pets. Let's party like it's 1999 and your mother let you use her computer.