To say that there's a lot going on in the world right now would be an understatement. I recently played Studio Oleomingus's The Indifferent Wonder Of An Edible Place, which destroyed me (in the best possible way). I wrote about it here, but it didn't come easy. For a couple of hours, I walked around my apartment in a daze, wondering how I could possibly put it into words when everything seemed too big, too much, and too heavy. Even so, I knew I wanted to write about it. So, I went for a walk. I graded papers. I talked to my partner. I pet my cat. I came back.

Here are a collection of free games: one that destroyed me, and four that built me back up again. 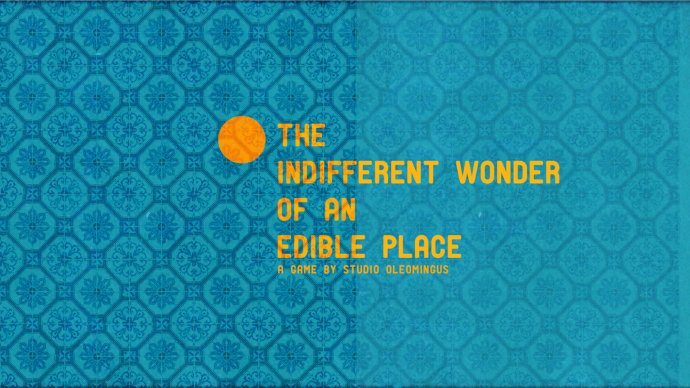 Studio Oleomingus is a two-person game and arts practice studio run by Dhruv Jani and Sushant Chakraborty out of Chala, India. For the past few years, the studio has been releasing slices of their larger anthology-series, Somewhere. Based on the fictional works of Gujarati poet Mir UmarHassan, their games explore post-colonialism, surrealist imagined architectures, and writing history in an alternate India. In The Indifferent Wonder Of An Edible Place, Studio Oleomingus have adapted Mir UmarHassan's early 1960s poetry and letters into a fictionalised account of a government-sanctioned building eater. The game alternates between mournful letters from the building-eater to their brother, asking for forgiveness for the role they play in building consumption, and the act of eating buildings. You stand in front of a towering structure, surrounded by television monitors slowly sinking into the earth. The monitors tell you in what order to eat the building, lest you poison yourself.

The game ends with a note from the author, who writes that their "country has become a coloniser of its own people." The game's page on itch makes clear that the game was made "in solidarity with the protests against the draconian actions of [their] government." While it's never explicitly stated, I assume that most recent actions from India's sitting government, which include the Citizenship Act, sparked the note from the studio. I lack the time, space, and expertise to dissect India's current government, the widespread protests, and the police/state response to those protests. Frankly, it is hard to read about without feeling an overwhelming sense of global dread. In The Indifferent Wonder Of An Edible Place, Studio Oliomengus manage to ask poignant questions about what it means to be a part of erasing history, and what can be done - if anything - to intervene. It is particularly heart-wrenching. Where do you go from there? 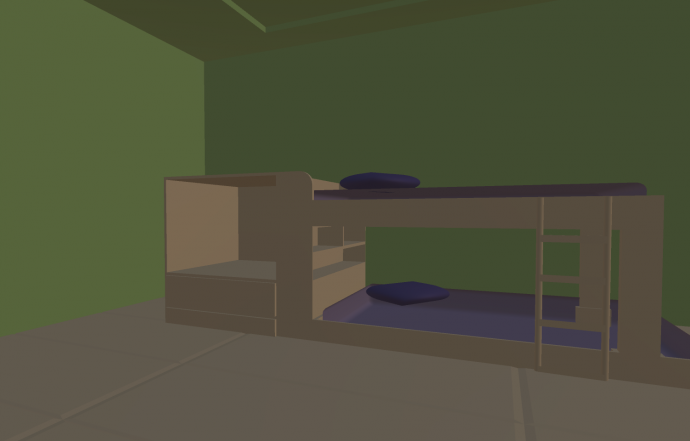 The filename for Viji Rajaratnam's game, Untitled Shirt Game, is "Rajaratnam Intro to Programming," a small and touching detail for a small and touching game. Untitled Shirt Game is ostensibly about folding shirts and putting them away. As you fold shirts through a series of scenes, and put them away in drawers and boxes, it becomes clear that the simple act of folding a shirt has a more potent meaning for Rajaratnam. I found myself immediately charmed by the game's simplicity, and then by its moving ending. It is a reparative way to play a game, putting things neatly in their place. Especially following the world-crushing dread from The Indifferent Wonder Of An Edible Place, the small actions in Untitled Shirt Game were soothing for me. The way to counter large-scale despair is in small-scale action. So, I put the shirts away.

Poco A Poco from Klaiis 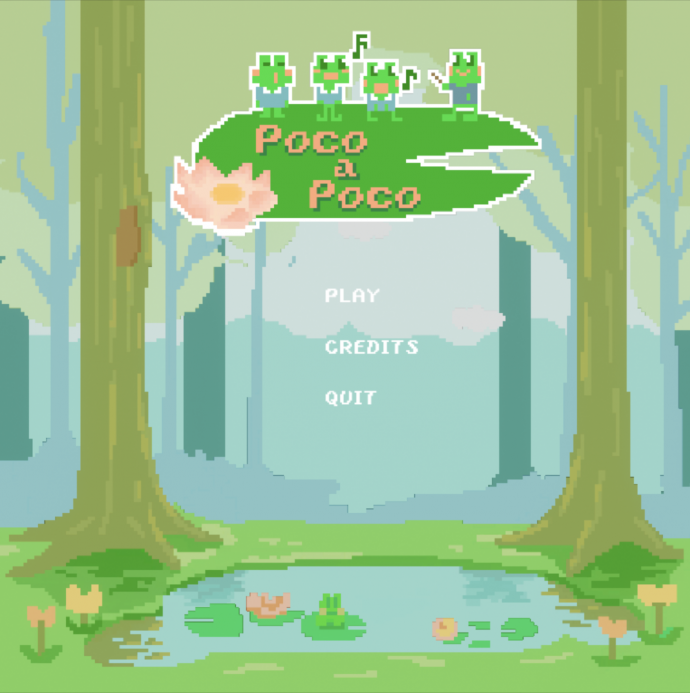 In Poco A Poco, you both conduct and are the world's most famous small frog boy choir. You travel the world, healing individual ailments through the power of coordinated song, and Guitar-Hero-style rhythm minigames. As I'm sure I've said before, I'm normally terrible at rhythm games. The rhythm games in Paco A Paco, however, have been babied just enough that even I, a complete rhythm game failure, can complete the whole thing with admirable results. The game is small, gentle, and twee without being grating. It's accomplishable in just a few minutes, and a good antidote to whatever might ail you. 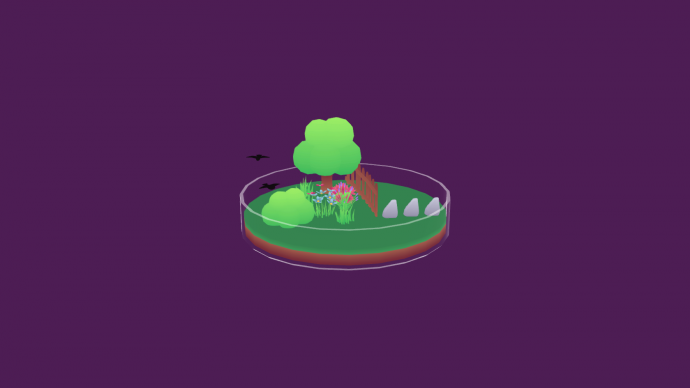 Fi da Silva is the same dev who made A Bright Light In The Middle Of The Ocean. Tiny Worlds In Flasks came a bit earlier and is no less charming. Like many of the best little building games, Tiny Worlds In Flasks is exactly what it says on the tin: build a little diorama in a jar, or a dish, or under a cloche. Building something from nothing, even when it is small, is the greatest restorative act I can think of. In my small garden dish, I have patches of grass and a small circle of rocks.

The world is full of difficult, contradictory, complex, painful things. Rather than turning away from it, I hope I can build something in it.

What The Duct from Nils Gawlik 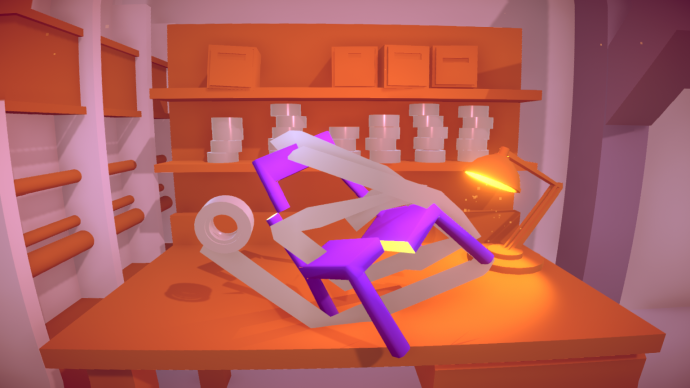 Sometimes the best thing we can do is try to fix things with too much duct tape. An effort was made.