I’m carrying on this month in taking some hyper-focus to a different layer of a game’s design. If last week’s focus was time, this week’s focus is on rules. Rules are some of the first things I learned about in game design, and it was probably the first thing you learned, too. When I was a kid I would yell at my neighbour, the one a year younger than me, to play pretend. “PRETEND I AM A PRINCESS,” I would declare. “AND YOU MUST SAVE ME FROM THIS ALIEN PLANET.” This was a game, and its rules were very simple: I was a princess, and my neighbour, Steven, had to save me from the alien planet. I would languish by the basketball hoop (alien planet) and recite poems about my princessly torment, stuck in a tower or something. It was a great game.

Rules, instructions, and guidelines are a core component to games. Rules can be part of what makes play fun, and in some cases you learn more about a game from its rules than simply how to play. For example, the Arkham Horror living card game has about six paragraphs in its rulebook devoted to the word “then.” Another rule states that if you ever don’t know what to do, you should choose what is the worst option for your characters. You have now learned almost everything you need to know about the sort of game Arkham Horror is. How often do you learn what a game is about by its rules?

There is something ultimately calming about following rules or instructions -- it can be reassuring to know what to do. Here are a few examples of games which pare down to just instructions and, I think, do it best. 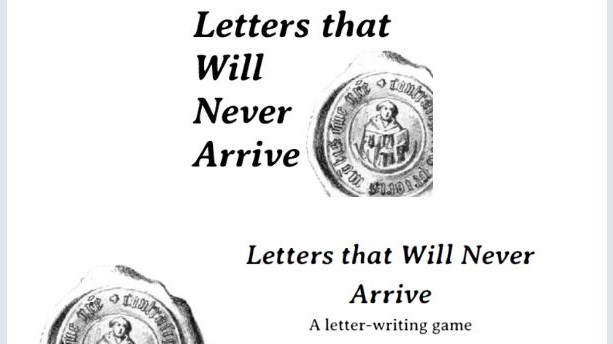 I already wrote about Anna Anthropy last week, and I can’t believe she went and dropped four stellar role playing games just before writing my column for this week. So it goes. Released over the course of a week, Letters That Will Never Arrive, Someone on this train, The Artifact, and A Gift Arrives! are all available on itch.io and can be played by just one person. They are games half-played by reading their instructions, in a style of prose which evokes the feeling of their play. “Someone on this train (or bus) is starting to fall for you,” she writes. “No, don’t look up!” she quickly corrects you.

The games take a variety of forms. Letters That Will Never Arrive is a letter writing game, where you must (slowly) divulge a secret. The Artifact requires you to consider that you are an alien archaeologist, discovering some human Earth object. A Gift Arrives! turns every Amazon Prime purchase into sheer delight. Someone on this train allows you to imagine your life in love with a stranger. Each are clever, considered, and concise. You are told what to do, and now you must go do it. There’s little more to it than that. 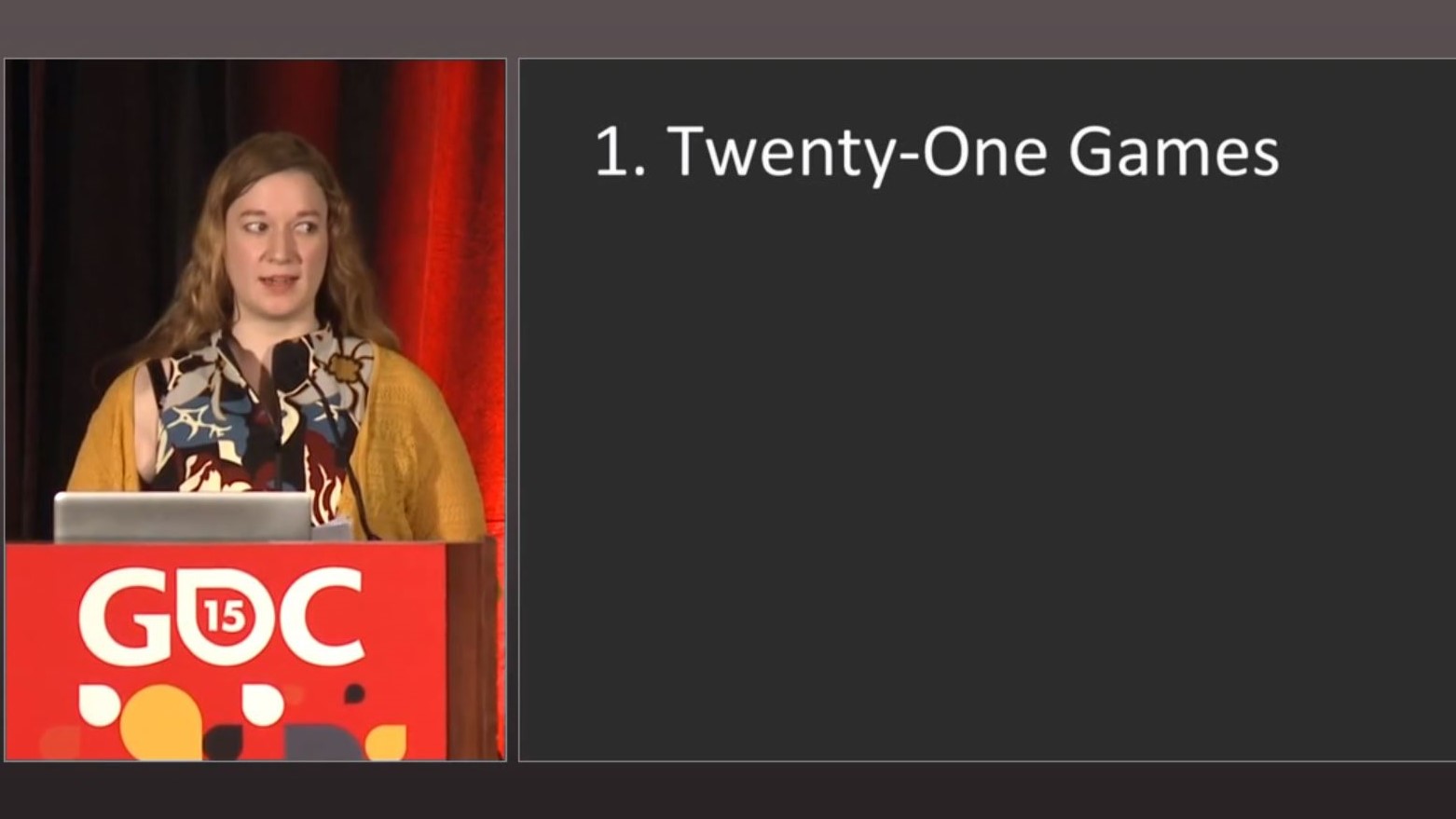 Disclaimer: Holly Gramazio is a friend of mine. I spent Christmas at her house once. During an England football match during the World Cup I read poetry at her house while we heard people cheer from the pubs down the road and we felt a smug sense of nerdish satisfaction. I didn’t ask her if I could put this in my column, but I think she would approve.

21 Games in 5 Minutes is from a GDC Microtalk in 2015, where Gramazio describes 21 games, only by their rules, in five minutes. They range from the sweet (“Two people look up at the sky at dusk in a big city. One takes the left side, the other takes the right side. First to spot a star gets a point...”) to downright silly (“In a car park, every car is a sleeping monster. If a car sees you, you'll die.”) to a mixture of the two and everything in between.

Most of, if not all of, the games in the Manifesto Jam 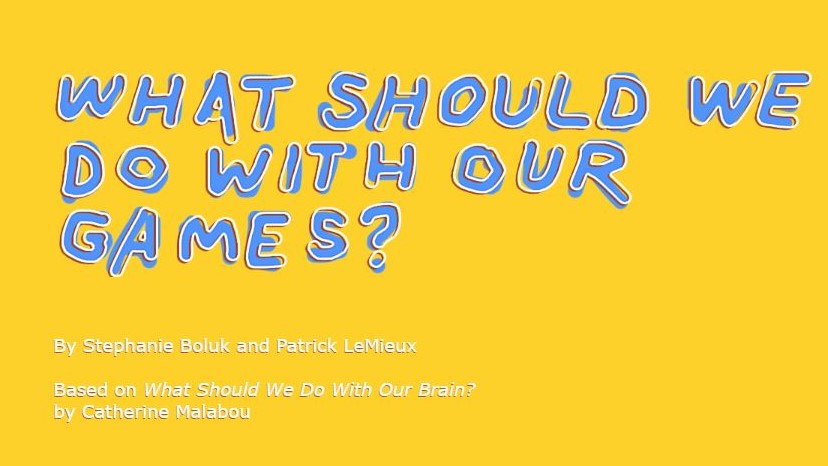 For five days in February of this year, Manifesto was the word. Emilie Reed, an art history PhD student in Scotland, was inspired by a blog post from Robert Yang to host the Manifesto Jam: a jam for “collectively uncorking our utopian energy in 2018.” Did it work? Are we in an uncorked utopia now? Maybe next year.

The jam asked people to submit a manifesto. The manifesto did not have to be a playable game, but it did have to be a call to action about videogames. Some of my favourites are The Moneyfesto which reminds you to #getpaid, the speculative manifesto Against Introspection, and the buttertown manifestos. Are they games or instructions? Does it really matter?

Hey what about algorithms


Okay, so here’s something I’ve been thinking about and it’s that procedural generation is just rules a computer follows. Algorithms and machine learning sort of work this way, if I understand them correctly (and it’s entirely possible that I don’t) but I think it’s fun to imagine them like a game the computer is playing. That having been said, NaNoGenMo (National Novel Generation Month) is well underway, and ProcJam just finished, and each of them have offered some truly spectacular procedural fun.

This year from ProcJam, watabou made a procedural mansion generator, and over the summer they made some procedural tarot. Tarot (and much divination practice) is no stranger to gleaning meaning from rules and ritual. Emily Short’s procedurally-generated tarot guidebook is a must-read.

Have I broken the rules of writing for a PC games site yet? What if you made your own thing? When was the last time you made a fortune teller?


Here’s my instruction for you: go make a fortune teller. What a fun game that was as a kid. Make some good instructions, some good fortunes, and try to make them come true.