Last year's Prey was a lovely thing. Arguably one of the best immersive sims ever made, and despite its title being lifted from Bethesda's back-catalogue, it had vastly more in common with System Shock than any other game. On top of being impressively designed, it looked quite nice thanks to consistently slick art direction, and ran excellently on just about any gaming-capable PC.

Some people with beefier machines felt a little let down, though, feeling that corners had been cut over the course of development to ensure smoother performance on lower-end hardware. Enter modder jmx777, and their rather clumsily named 'Real Lights Plus Ultra Graphics' mod, allowing you to squeeze an immediately noticeable chunk more graphical fidelity out of the game. 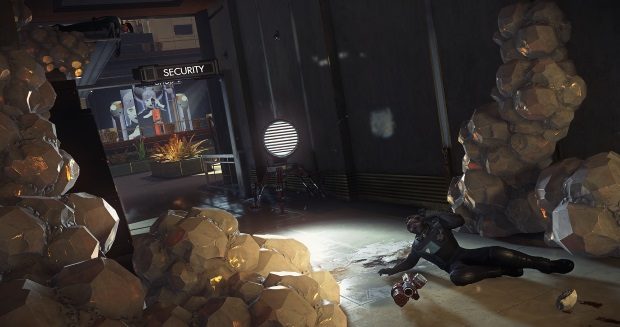 The biggest change introduced by this mod is making almost every single light-source in the game fully dynamic, and capable of casting shadows. It's subtle at first, but can be very striking in some rooms with larger lighting fixtures. Most mechanical light sources can be destroyed, meaning less controlled firefights can plunge entire rooms into darkness.

There's more to it than that, of course, with lower-polycount 'LOD' models being bypassed in favour of rendering everything at maximum detail, volumetric fog being made a little denser, and reflective surfaces such as polished floors showing more detail. Decals from combat (blood, bullet holes, etc) will almost always stay until you leave and return to a given level, too.

Earlier versions of this mod darkened the entire game, wrong-headedly aiming for a more horror-style aesthetic, and were plagued with some nasty bugs (such as the Gloo Gun sometimes spawning an ever-expanding ball of void that swallows all light). The current incarnation of the mod - v1.0, released today - lets you choose a darker world if you so please, but the default version adheres closely to the original game's look. Still, changes to the lighting model do make some areas a little more heavily shadowed than they used to be. 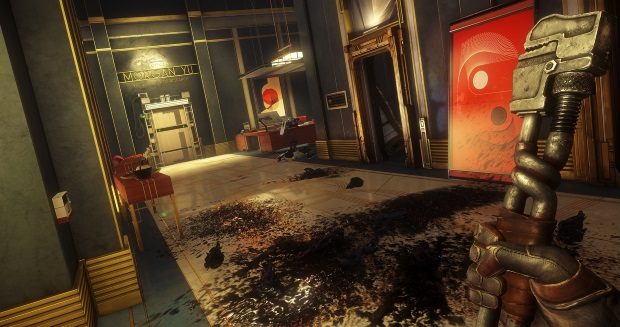 The Prey Ultra Graphics Mod isn't all sunshine and lollipops, to be fair. It can and will take a bite out of performance, especially in larger chambers. If you want a solid 60fps lock at 1920 x 1080 even using the slightly lighter-weight version of the mod without Reshade, you'll probably have to be packing a GTX 1070 or equivalent, but the results - especially in more claustrophobic, moodily lit chambers - are probably worth the extra hardware cost.

For those with less beefy machines, there is a 'Lite' version provided that makes some careful improvements with an aim to keep performance roughly equivalent with the unmodded game. While the Ultra Graphics mod, at least in its full-fat incarnation isn't for everyone at present, and still has a few minor quirks (I've seen some distant light-sources flicker occasionally as I move), I can see this being the default way to enjoy Prey come the next generation of gaming hardware.

You can grab the Prey Ultra Graphics Mod via the Nexus network here, and it would be remiss of me to not mention that Prey itself is heavily discounted over at Fanatical this week. With the voucher code 'LUNAR8', it comes to just over £13, the cheapest it's ever been.