It's been a while since I properly trawled the unmapped, here thar be monsters waters of The Sims Resource for some new mods for The Sims 4. I've settled into a bit of a routine where I just wait for my favourite makers like Ravasheen to put up their new stuff, and Bob (Pancakes) is your mother's brother.

But in a fit of quarantine madness I have decided to play through all of the Dragon Age games again, starting all properly with Origins and everything. And the other night, I was struck with inspiration. Surely the nerds have made a bunch of DA stuff for The Sims 4?

They have! Although not as much as you might think.

In terms of build items, I think you could do a pretty decent job with a bunch of existing stuff from the Vampires, Realm Of Magic or Romantic Garden packs that EA put out. Look for mods like the Plumbob Tea Society's Cottage Garden and Rustic Romance Stuff and you'll get loads of high-fantasy-ish rustique-chic bits of clutter for building e.g. a Skyhold garden.

I was more interested in Create A Sim items, which aren't usually my bag - but if you build a massive elfy castle it seems a bit incongruous to have a normal sim poking about in it. I actually struggled to find CAS character builds of Dragon Age characters, though, and I did my darndest to find Cullen's noodle hair to no avail.

All is not lost though! A creator called Proud Rose has put in a load of Dragon Age armour and outfits. These, combined with a Mythal Vallaslin face tattoo by LazyBlaise (pictured in the header) means we're about 90% of the way to a my Dragon Age/Sims 4 grand design!

The outfits range from an acceptably modern looking version of Sera's tunic: 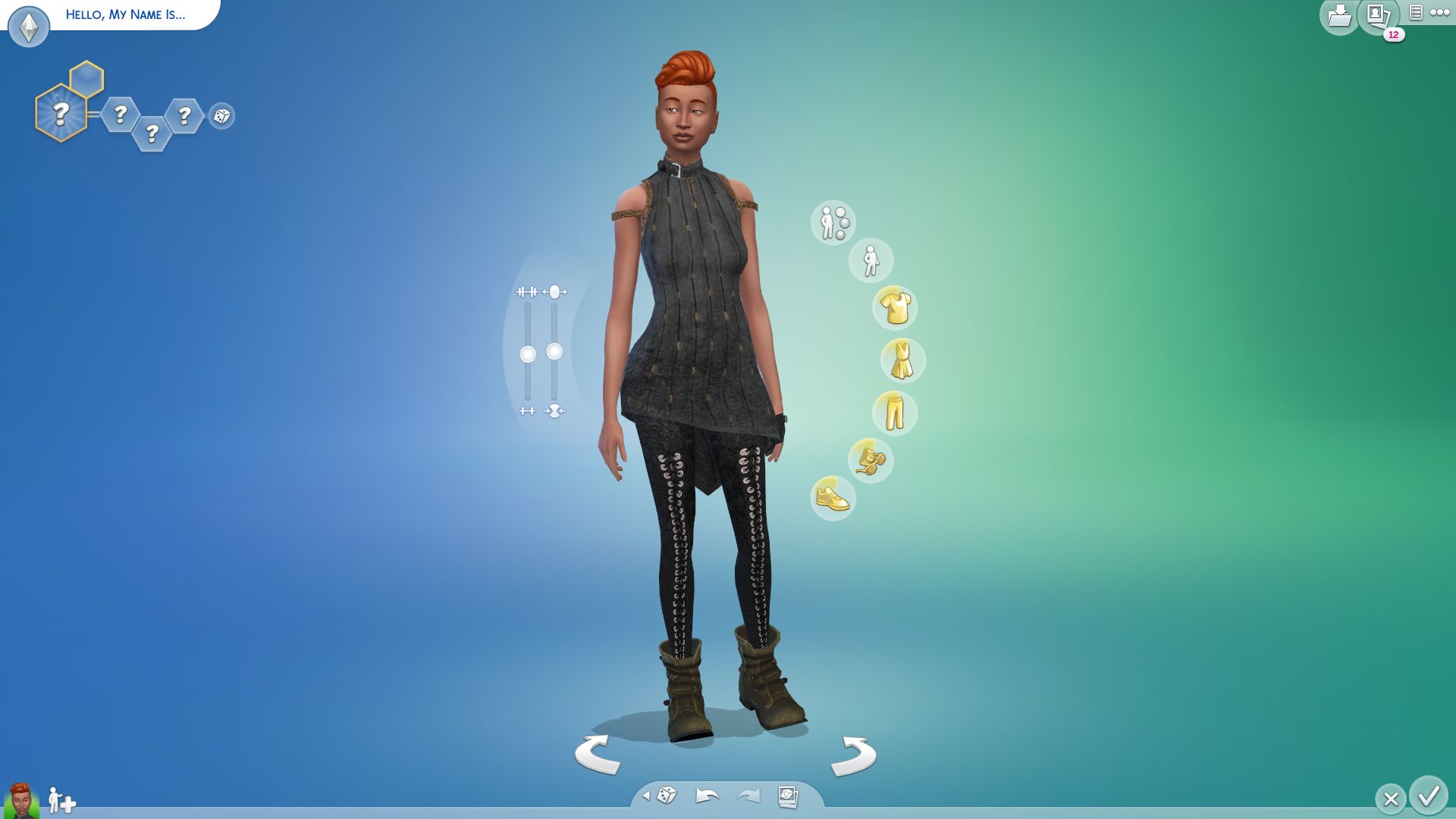 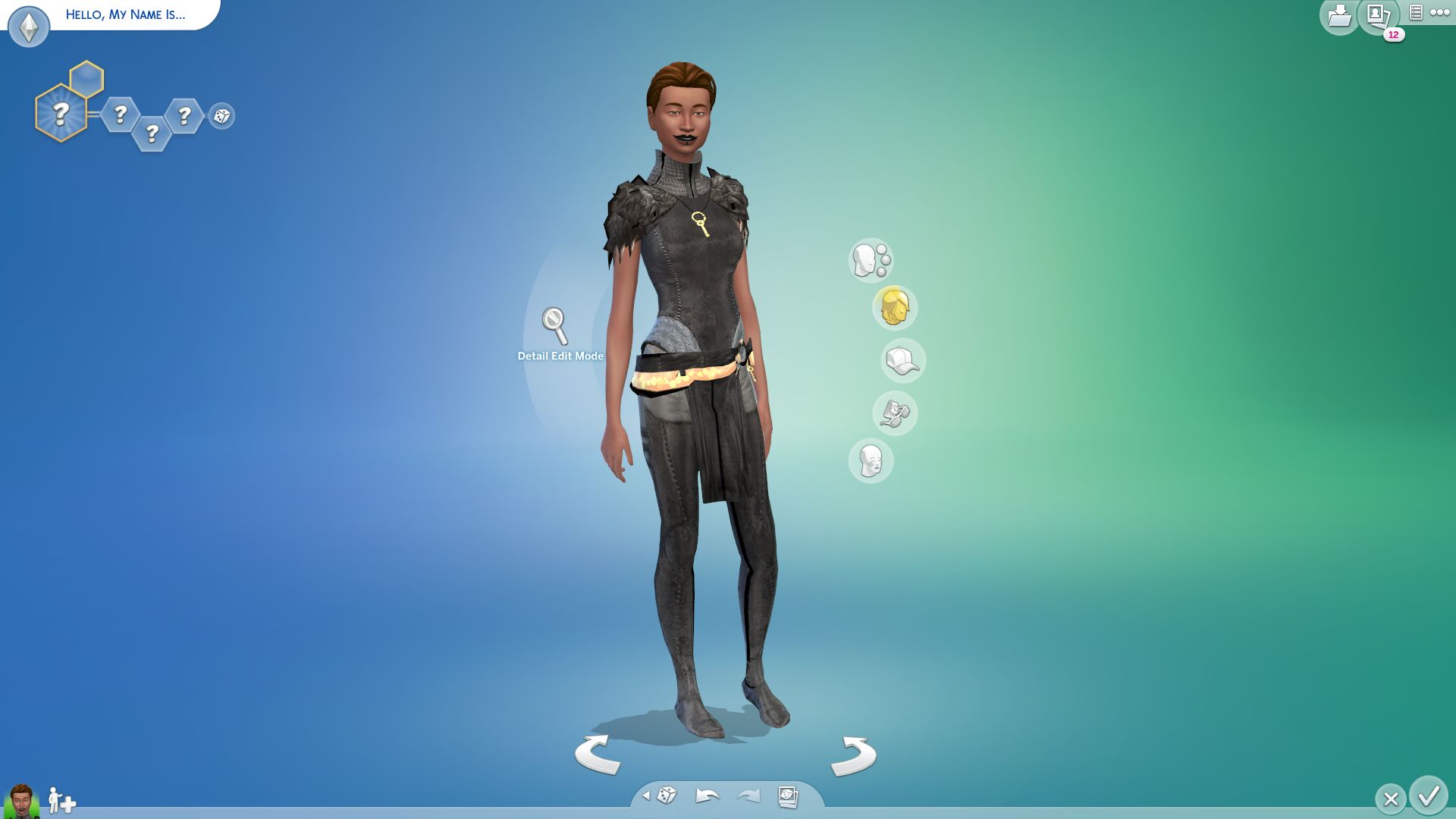 To the weirdly sexy and decidedly not combat ready Qunari outfit (paired pretty favourably with hair from the Vampire pack): 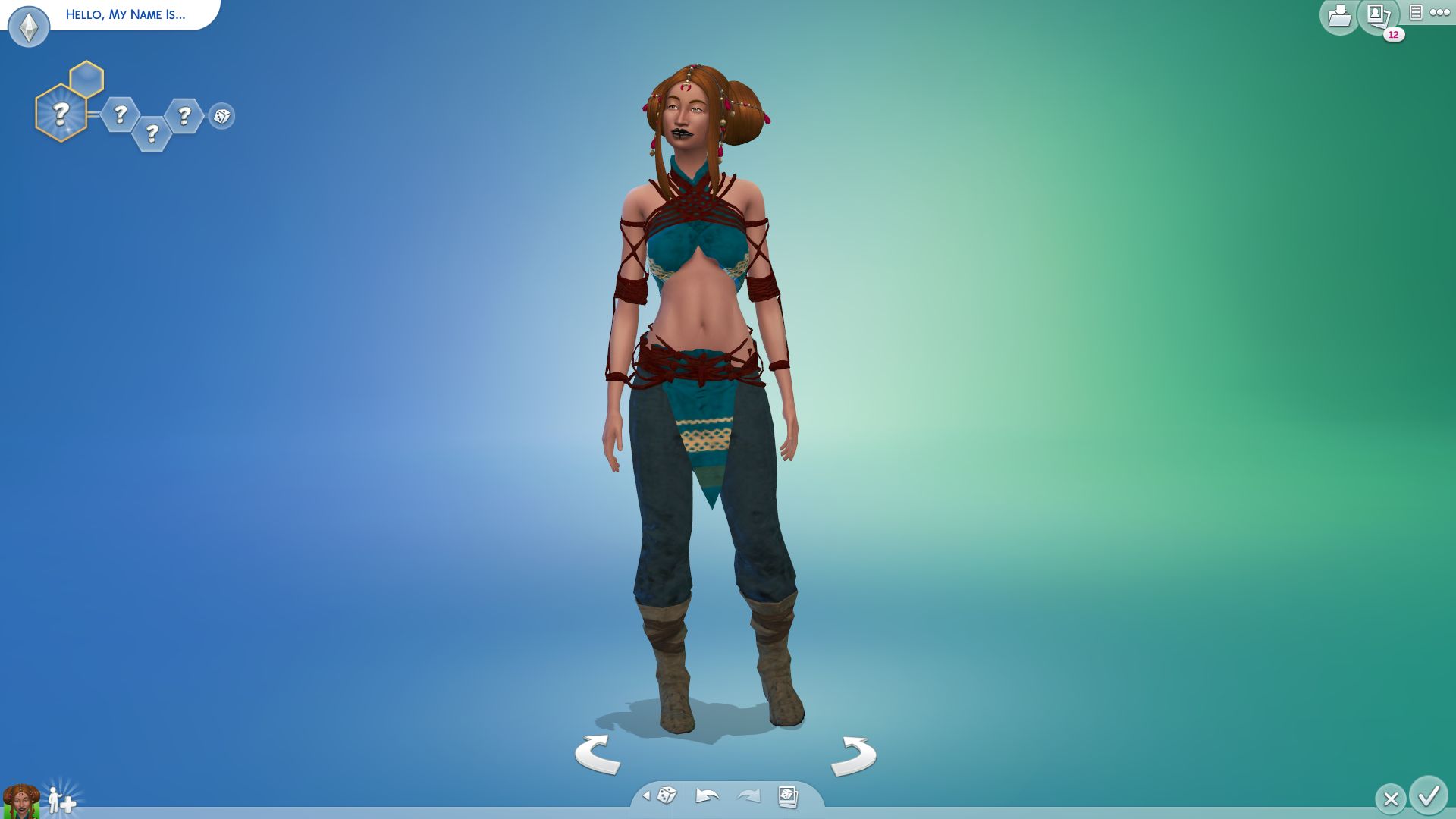 To the i c o n i c Orlesian mage outfit worn by Enchanter Vivienne: 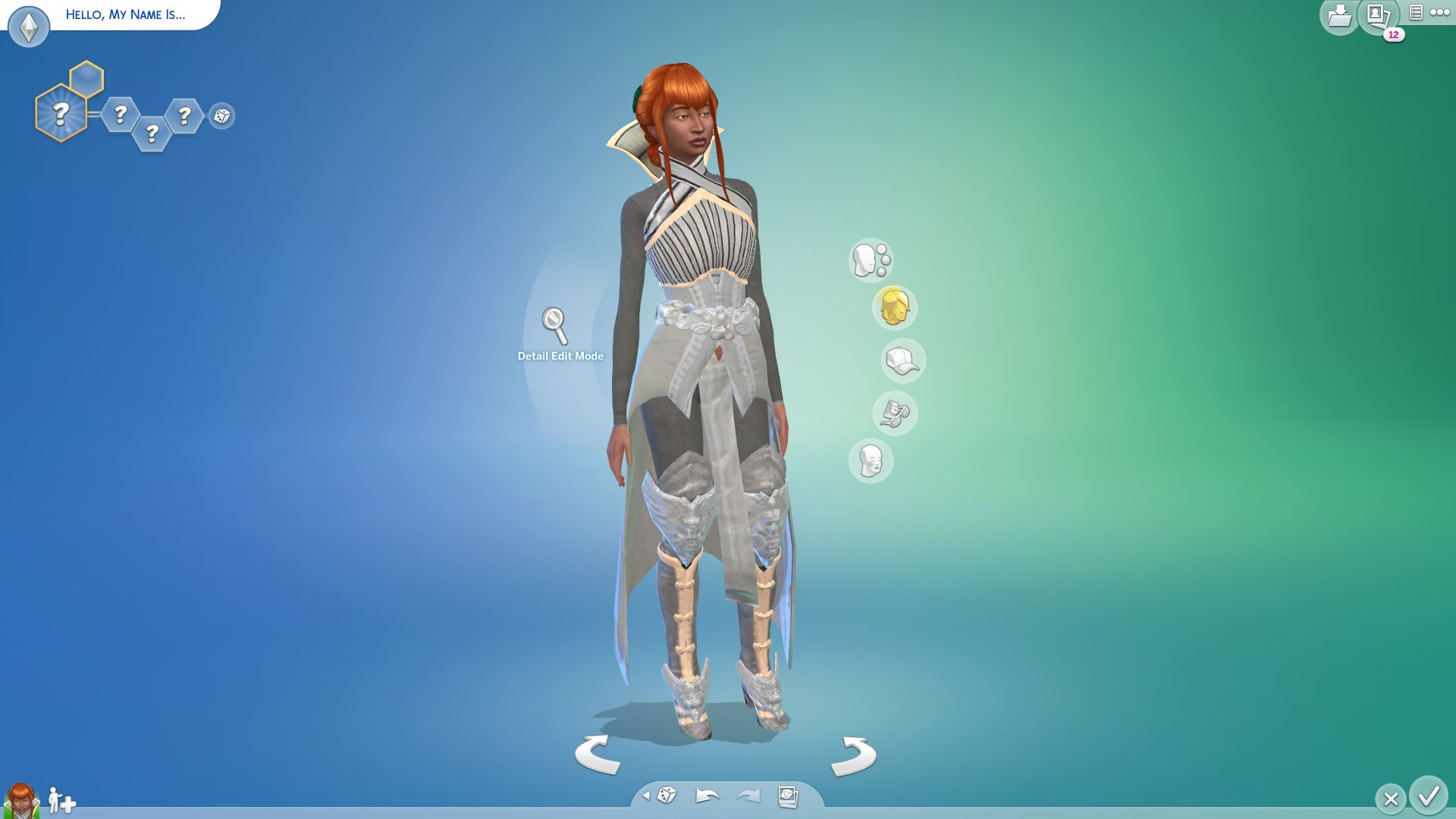 There's something for the masculine sim as well, as Proud Rose has bestowed us with some chunkier armour, including the very fetching Grey Warden mage set: 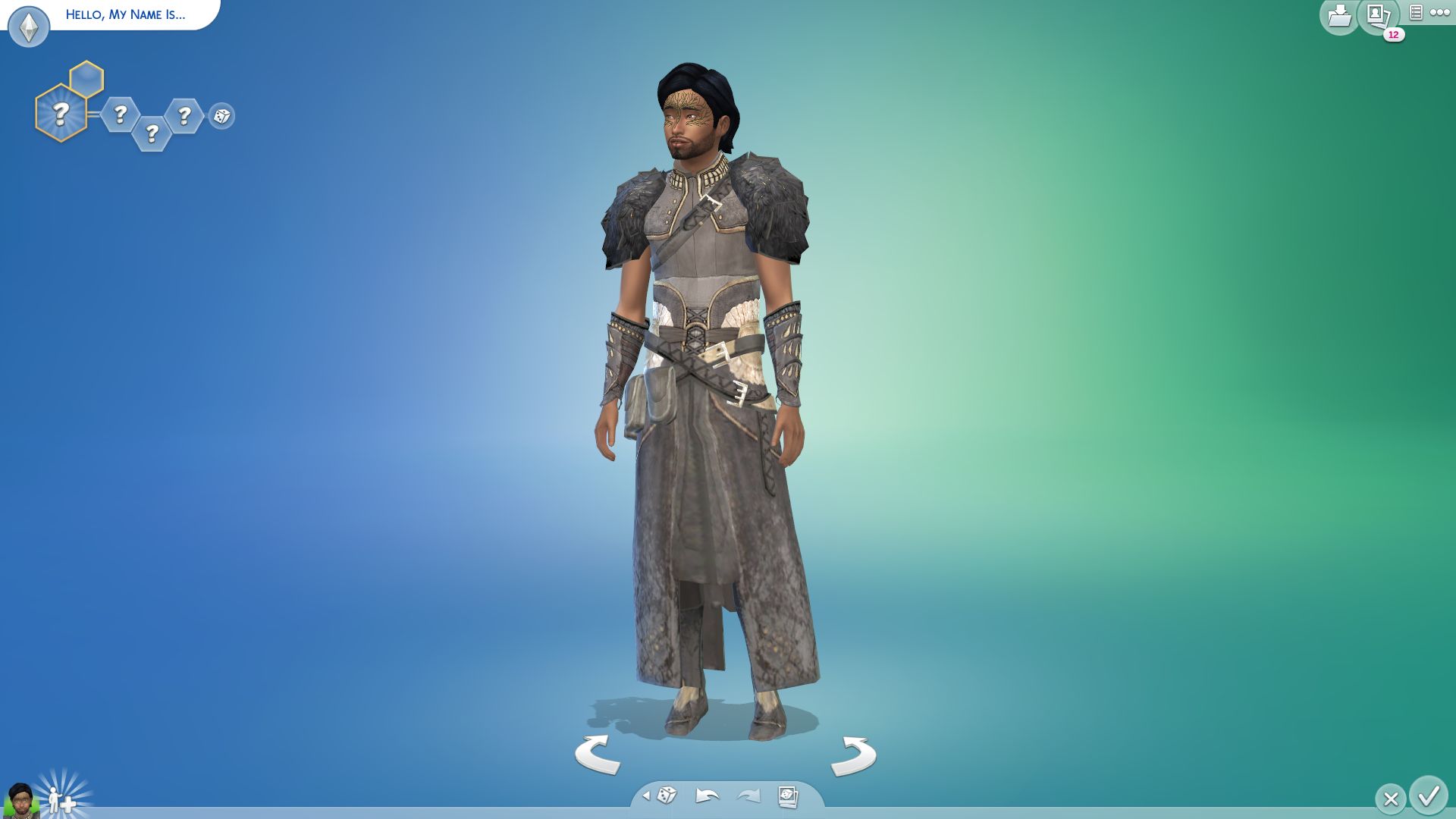 Excellent work all around. I mean, you sim would obviously be the weirdo in the neighbourhood, but tbh sim residents are a pretty broad church anyway. If you're interested in more custom content for The Sims 4, check out some of the roundup videos that VidBud Alice made for the YouTube channel.

You can also see my gradual improvement as a builder in some of the homes I have built for the team.