Mars helps those who help themselves. Realising that eager rescuers aren't exactly queuing up, our out-on-a-limb Dutch aviators resort to Shanks' pony in turn 10. Their cross-town hack starts encouragingly. They dart across the riverside road seemingly unobserved. A short canter through Off Piste, Qatab's only ski wear emporium, and Not Piste, the non-alcoholic bar next-door, brings them into an overgrown back garden and it's here where things begin to go wrong.

Either Al Rayman boasts an unusually militant lighthouse keeper or there's a Qatabi unit posted in the town's tallest building. The lofty lead looser - one half of a MANPADS team if the icon above him is to be believed - forces the fliers to halt and hug the dirt. The backyard escape route looks impractical unless the pharologist with the firearm is removed. 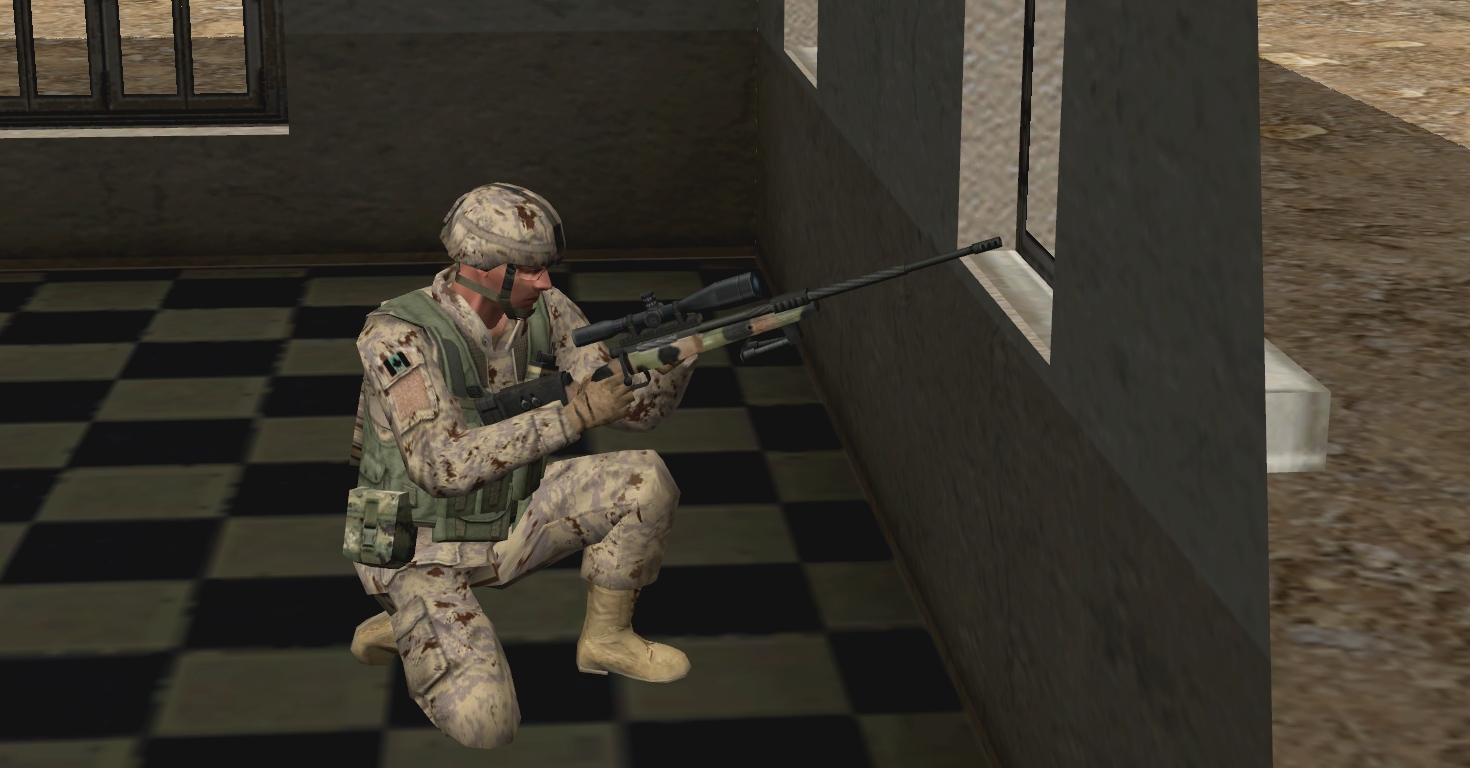 Traumatised by the taxi men in turn 9, Stone, our marksman, chooses to ignore his latest instruction – head to the rooftop and hide. High on a heady cocktail of fear and fury, he makes for the lobby instead, intent on settling scores. With AK bullets popping wall tiles all around him, he props his inexplicable C14 Timberwolf on a ground floor sill and begins a single-handed defence of Hotel Lux.

Amazingly, everyone participating in this intense close-range firefight appears to make it to T+60 without a scratch. 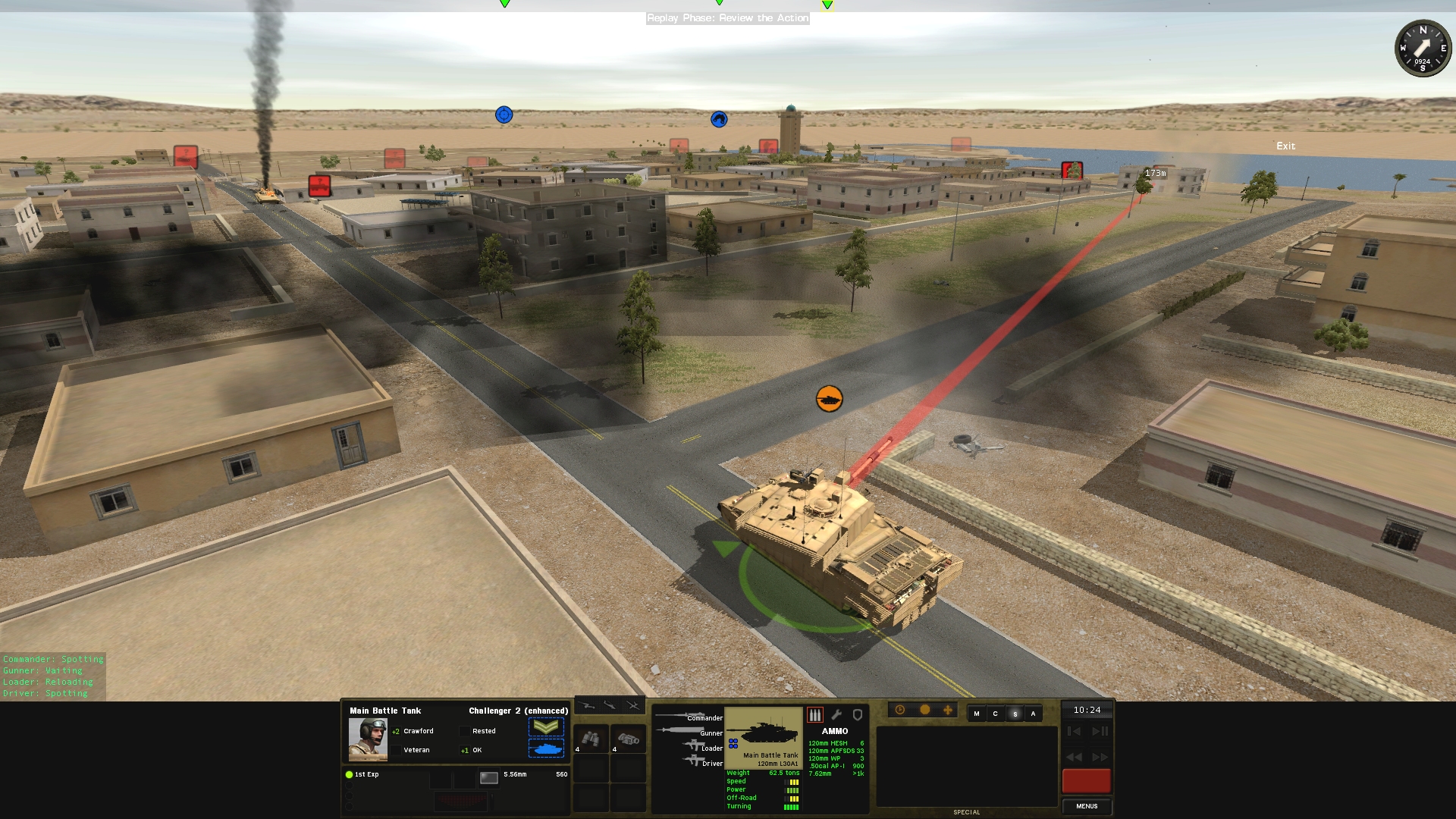 Stone is far too busy to investigate the source of the thunderous reports that rattle the Hotel Lux's few remaining intact window panes during the second half of the turn. The noise of a Royal Ordnance L30 expectorating, the series of deafening bangs is bad news for the enemy sniper team squatting in the coastal villa at redr52.

By the turn's end, our Chally has given the balconied building a makeover that no planning officer, not even one of Qatab's notoriously malleable ones, would approve.

In danger of being flanked by an RPG team, the Landy Boys lack the self-discipline to follow their “Keep your heads down” order to the letter. Stuttering SA80s persuade the flankers to huddle behind a rough wall opposite the British position and cause the band of Qatabis in the beachhouse to redouble their efforts. A flurry of westbound lead and grenades sends a very clear message to the men making for South Beach - “We shall not be moved”. 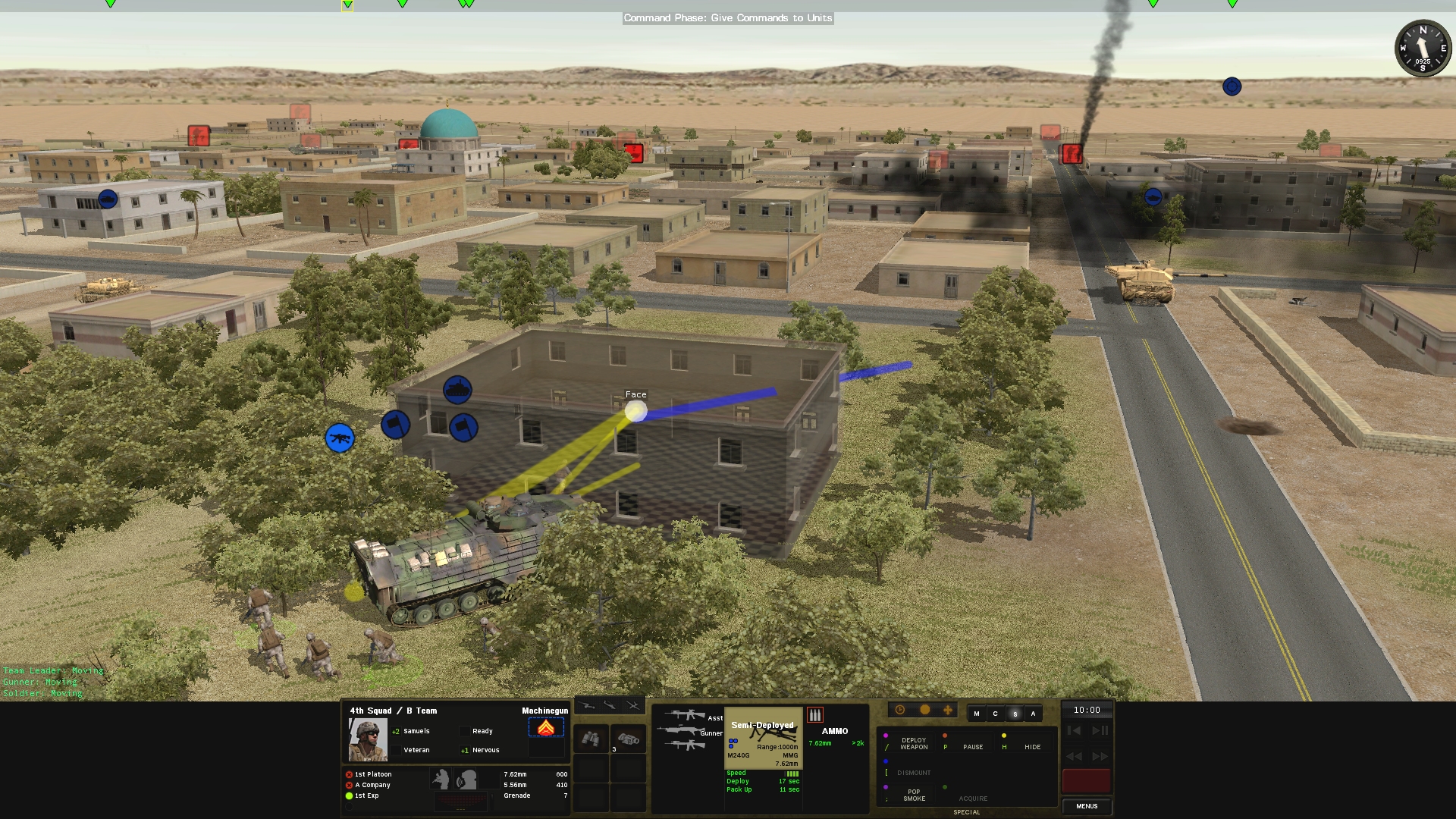 Ample Annie and Swamp Thing are in the process of unloading.

Chally has LoS to the lighthouse, unlike the Scimitar.

Willy has sought refuge in a spot screened from both the Pelican Point nasties and the AT-14. 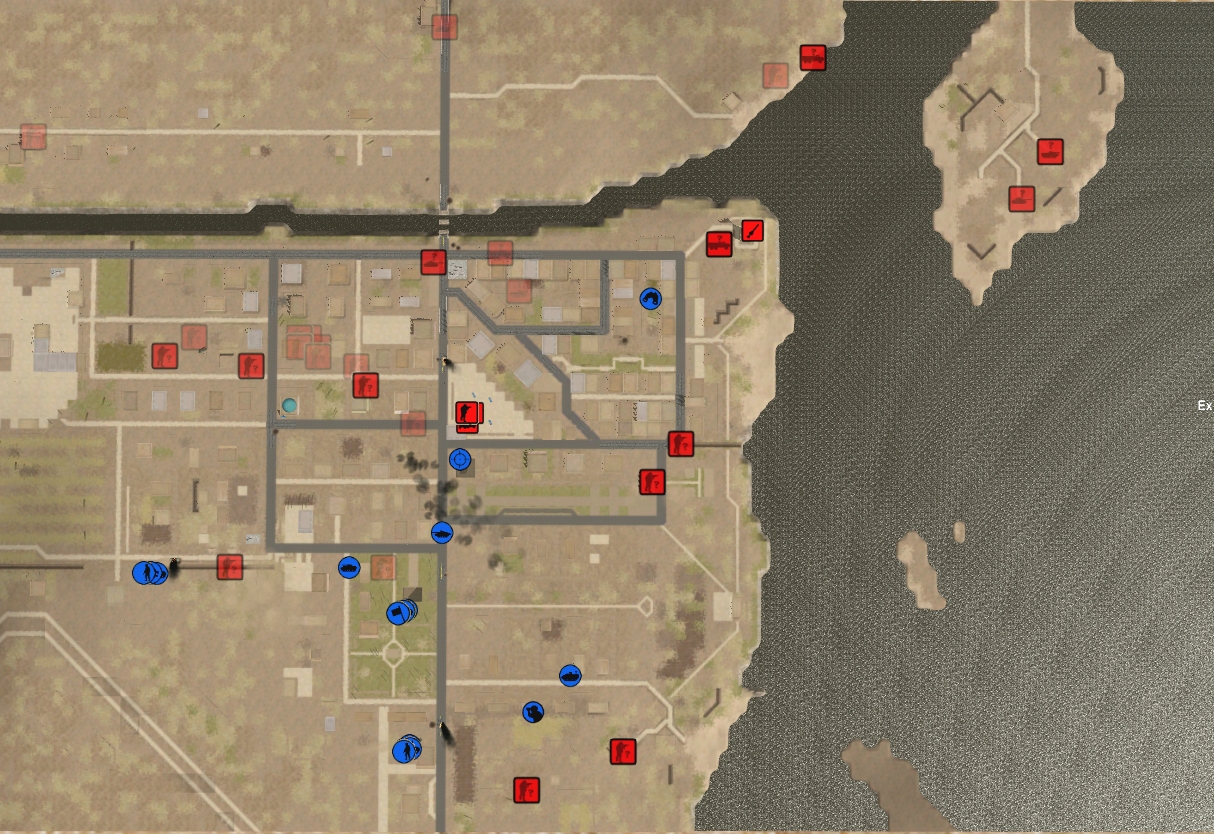