Final turn! The big-boned diva warbles in precisely sixty seconds' time. Can the peacekeepers' rearguard - a rearguard without anti-tank munitions of any kind - survive another minute of MG abuse and high-velocity HE? Let's find out.

Yuen and his mate are up and running the second the clock restarts. 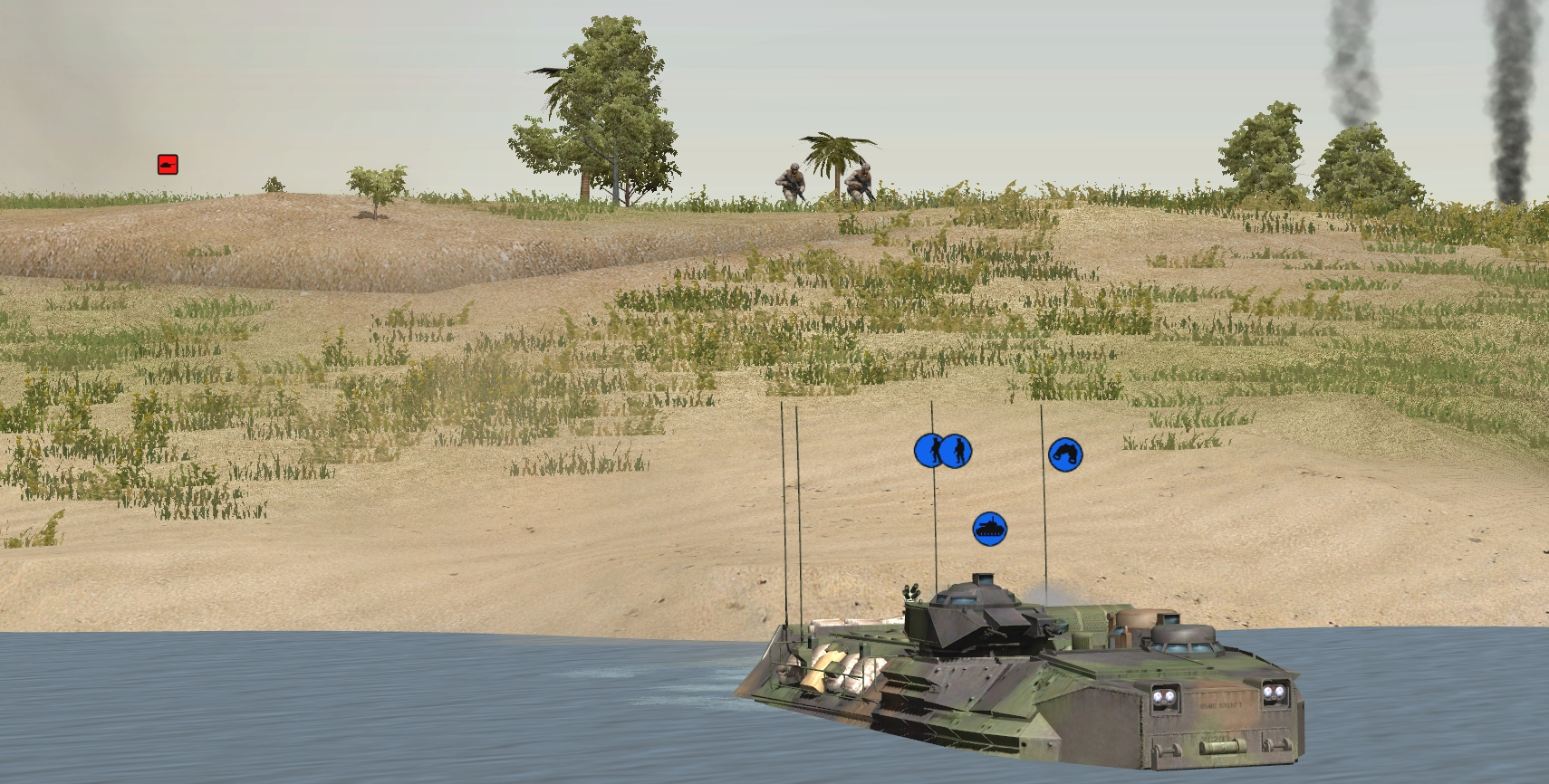 Miraculously they crest the ridge without drawing fire. As they do, they see Extricator shoving off from the beach below and for a horrible moment fear they've missed the boat.

Then patient parked Swamp Thing hoves into view and the panic subsides.

Maybe Wikipedia was right after all. Maybe LAWs and AT4s can't stop a modern MBT. The T-72 that retreated after four close-range HEAT hits last turn, begins this one by re-entering the fray. Purposefully retracing its steps back to Road 73, it catches sight of our fleeing Javelineers but declines to engage them. It has bigger fish to fry.

Mortensen's men are in the process of exiting their pockmarked Warbnb billet, when they spot the AFV they'd assumed was mortally wounded. Grinding its way over rubble strewn by the wayward Javelin, the scorched T-72 is menace intankate. Silent prayers mortar skyward, the majority aimed at a British attack helicopter rather than an omnipotent Supreme Being.

Is Quidditch Five Zero listening? Judging from the Hellfire that plummets to earth close to the marketplace, seconds later, nope. Either that AGM was a rogue or the Army Air Corps frontseater hasn't realised that South Beach is where he should be focussing his fire.

2nd Squad's dismay turns to trismay when the implacable T-72, spotting movement in the house across the street, hoses it with co-ax, seriously wounding Mortensen.

I'd like to think that the shouts of “Go back! Go back!” that persuade 2nd Squad to abandon their beach bid and return to the riddled redm75 abode are motivated by concern for their fallen leader, but honestly the volte-face probably has more to do with the realisation that there's now a Qatabi T-72 between them and the surf-smoothed sands.

Having moved east a tile or two, that T-72 now has eyes on the southern portion of South Beach. It can't see Swamp Thing, but it can see a strange, shrunken AFV with a drainpipe strapped to its roof-rack. Willy has a Good Death. He's lounging on a beach, gazing out to sea, when oblivion embraces him.

Hungry for new prey, the east-facing T-72 can't see doggy-paddling Extricator yet because of the knob of scenery circa redx76. However, our AAV's steady eastward progress means a nice blue LoS line can only be seconds away.

Someone needs to distract or destroy that tank sharpish or QQ may end with a depressing maritime catastrophe. Any volunteers? You, sir, with the UGL, fancy trading your life for a place in Play by Comment CM folklore?

Firing a 40mm grenade at a T-72 is a bit like prodding a rhino with a sharp stick but that doesn't stop one of Gonzales' men from trying it. At T+54 the Qatabi bruiser is jabbed and responds by turning to face the jabber. The turn means Extricator is safe. The plucky grenadier? He's probably just signed his own death warrant. Whether we'll actually see him executed is another matter. There's only a few seconds left on the clock now.

T+58. Like Quokkas mesmerised by a Quokka charmer, 2nd Squad look on, seemingly paralysed, as the tubular finger of doom continues its clockwise arc. 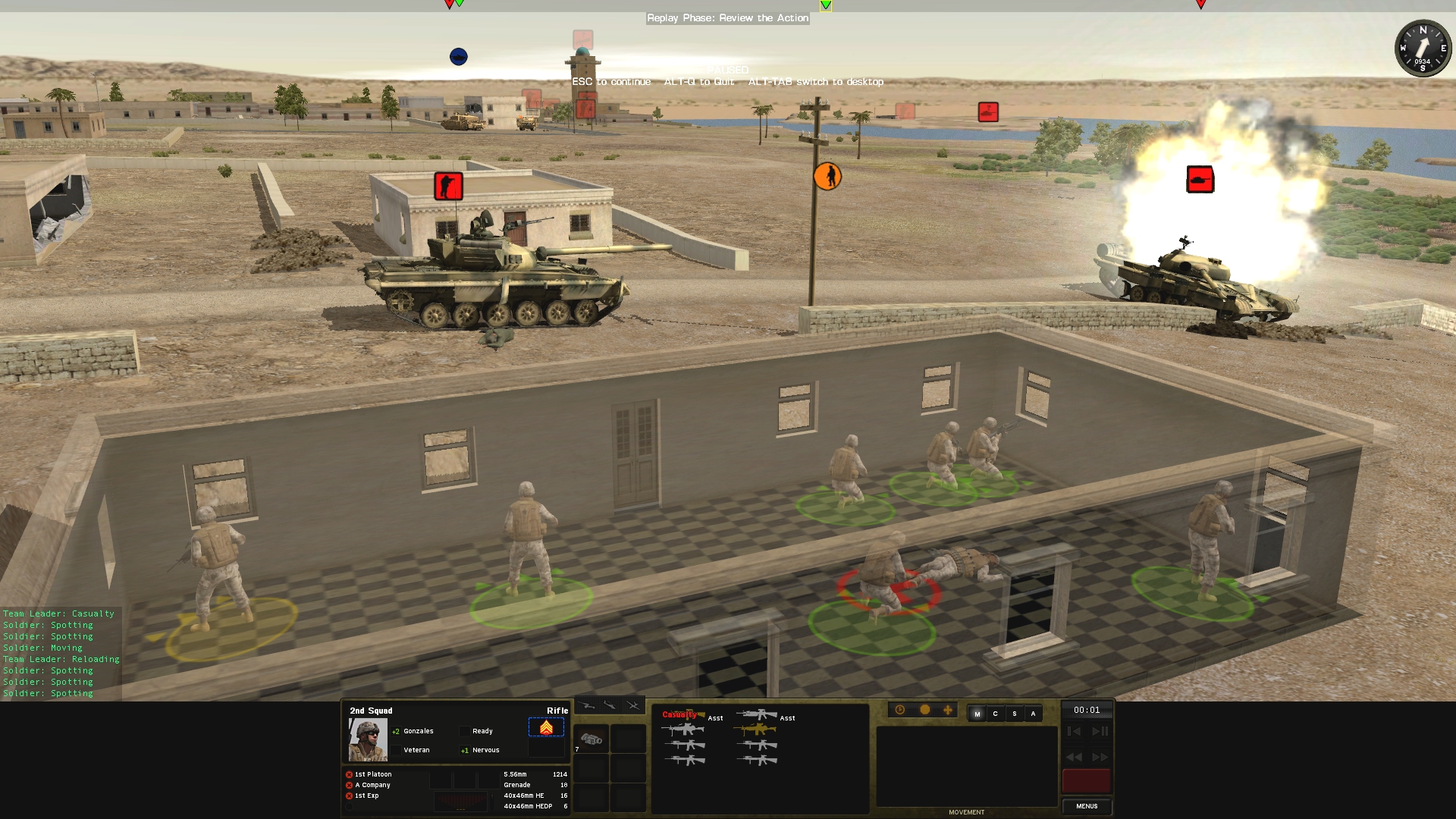 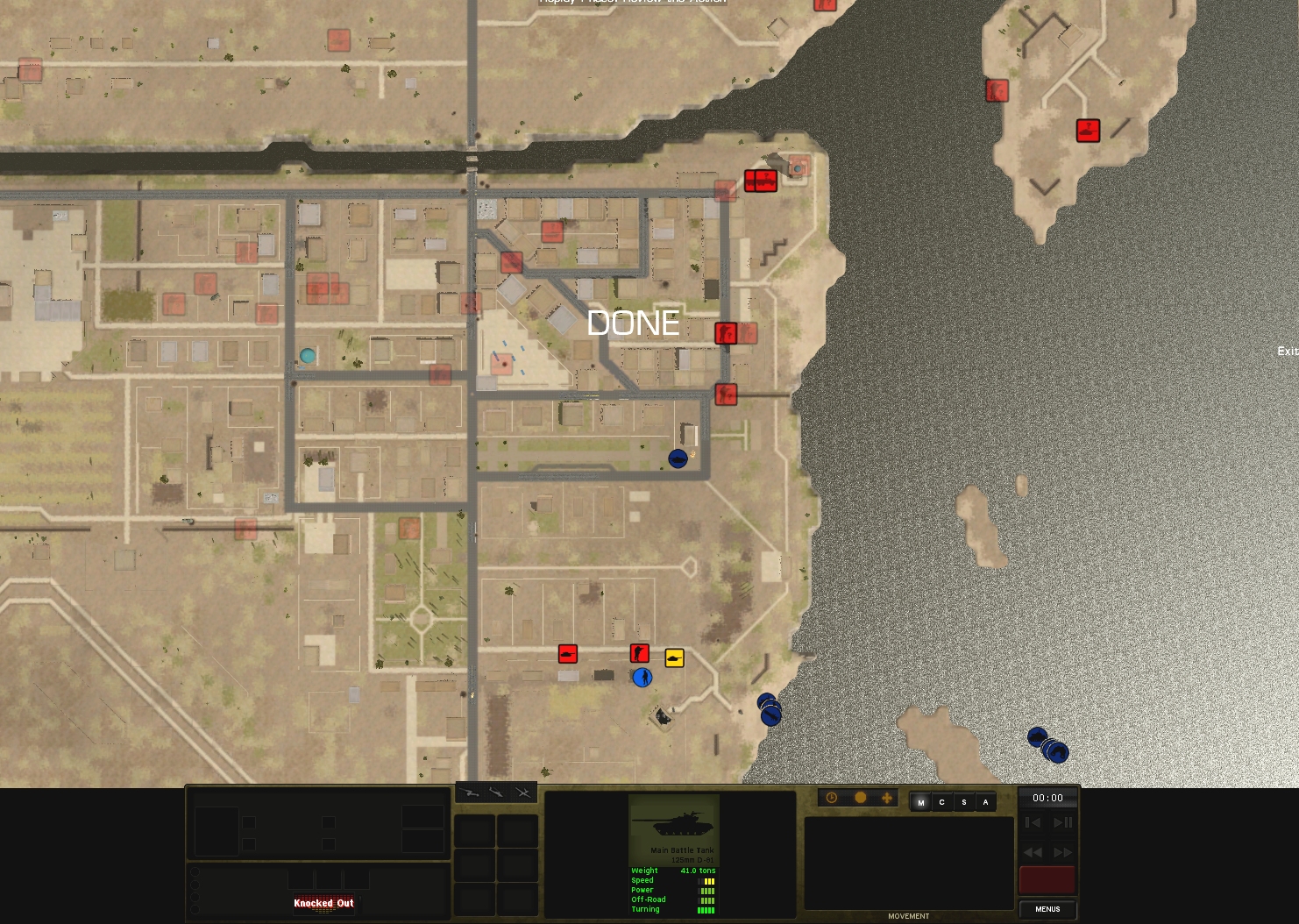 Tomorrow's Flare Path will contain summaries of turns 21 and 22, along with lashings of QQ stats, an after-action battlefield tour, and my assessment of the Comment Commanders' performance. See you there.