Look, Valorant might be fun and aw, but what's the point if you can't make the numbers go higher? Right now, folk are just cycling in and out of wizard gunfights, learning the game and having fun, without the very important business of pushing an arbitrary rank higher and higher. Disgusting. From the sounds of it, though, that may change sooner than expected, with a Riot developer hinting at a ranked matchmaking system arriving in the next few weeks.

Responding to an aggrieved player, Riot developer Joe Ziegler noted that ranked matchmaking will hit Valorant's closed beta within weeks (via Dextero). Mind, I've been in some disastrous games of Counter-Strike, so I'm not entirely sure why this kid's so grumpy over a 9-13 loss.

Our first “rated” testing is coming in a couple weeks, stay tuned.

Valorant does have ranks already, mind. We even know what they are, given resident guides lord Ollie's already given us the complete rank rundown from Mercenary to Immortal. It's just that, right now, none of that matters. While I imagine there's some light skill-tracking going on, games largely seem to be pulled at random, occasionally leading to lop-sided matches.

What that system looks like when it arrives, we still don't know. Doesn't mean we can't guess, though - I don't see Valorant taking any huge departures from established competitive conventions, not when Riot themselves helped push them in the first place. 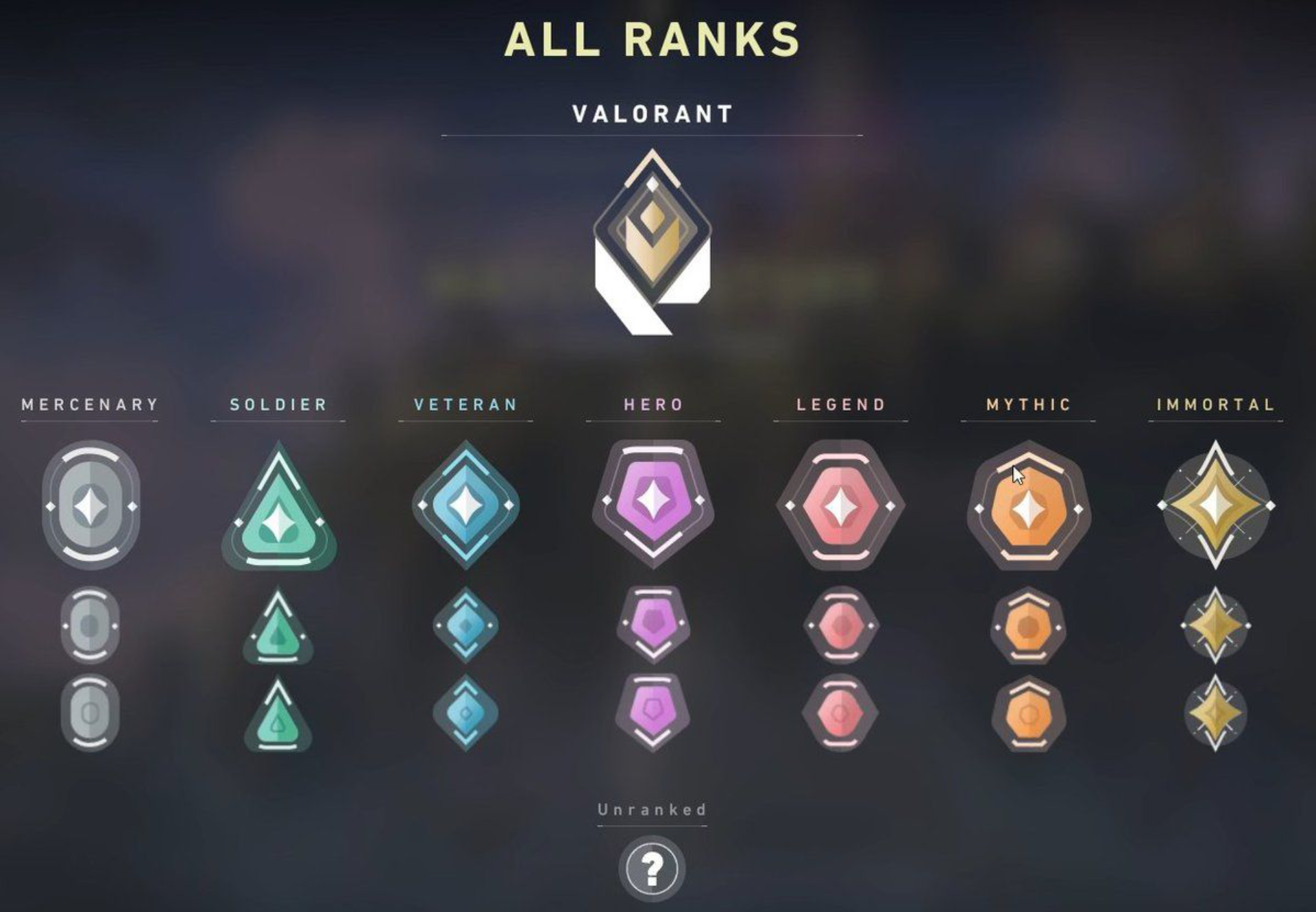 Like League of Legends (and countless others), Valorant will probably use an MMR rating that rises and drops after each victory or loss, weighed by the ratings of both teams involved. Given similar ranked structures, there's a good chance they might take the seasonal approach with soft resets every season, or find ways to decay skill ratings for long periods of inactivity. That elusive Valorant rank, I reckon, is being held as a "best-of-the-best" rank for a limited number of players, akin to Apex Legends' Apex Predator rank or Overwatch's Top 500.

That's all blind guessing, mind. We'll get a better sense of what Ranked play in Valorant looks like closer to its arrival. If you want to reach ranked to begin with, mind, best start playing on the safe side - Riot have made it clear that cheaters and key resellers have no place in Valorant's closed beta.

For now, the RPS hivemind remains mixed on Valorant. Or, at least, there's a divide between staffers and contributors - with Matt calling it "a compelling case for a hybrid of CS:GO and Overwatch" as freelancer Cian Maher worries it's a shaky compromise between CS:GO and Overwatch.