A sack is placed over your head. A voice, alarmingly close, barks that you are the next test subject. Your hands are bound and you are led, still hooded, to another room where your attendant tells you, as he straps you into a chair, that you will come to no physical harm. The hood is removed and you are welcomed to a claustrophobic cell by a steampunk fascist scientist. After a few sentences of world building he brings out his torture device, and places it over your head. It’s a little awkward to have this device adjusted and focused by someone else, but the process might not be entirely unfamiliar, since the torture device is a VR headset. In this case an Oculus Rift.

Earlier this year I acted in something that was described as a hyper-reality horror experience – a research project from The Tom Sawyer Effect called The Pendulum. I played that evil scientist. It alternated between live performance and VR video with added synchronized physical sensations.

I’ve had a few experiences of virtual reality from this side of things. VR technology is popping up all over the place these days. The Pendulum was at a theatre festival (VAULT in Waterloo) but I’ve encountered VR in galleries, film festivals, commercial brand activations, and shopping centres. As an actor – or particularly as an actor who seeks out and creates work in these less traditional, interstitial, or new-media areas – the headset and/or the bundle-of-GoPros-taped-to-a-stick (sometimes even an honest-to-God 360° camera) are a useful thing to be familiar with. The Pendulum is by far the most comprehensive experience I’ve had of VR work: I acted in the pre-recorded video and the live part, and operated and maintained the technical side.

There was a time – a beautiful nostalgic time – when all the distinct media, all of the arts, stayed neatly in their given categories. If it’s a film, you sit and watch it on a screen. Art, you see in a gallery. Theatre, you watch live. Video games you play on a screen. Perhaps there was always a threat of collapse from things like the Choose-Your-Own-Adventure Book, the Extended Cut Sequence, Smell-O-Vision or the dreaded Audience Participation – but these always felt like momentary deviations from the status quo. 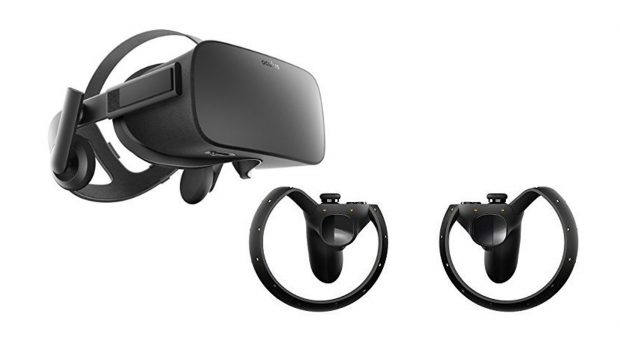 Back in those days virtual reality was, at best, the domain of lightcycles and threatening giant polygons. But things have changed. Virtual reality is now advancing at an astonishing pace. Some of the games available are jaw-dropping and mouth-watering to the point of causing a slip hazard with the resultant puddles.

But, oh video gamer, VR is not your province alone. Theatre-makers, film-makers, immersive-experience-makers, installation-artists, escape-room-jockeys, designers and creatives across a whole spectrum of new, old, and indistinctly defined media, arts and technical fields have all picked up this peculiar new tool, and, turning it over in their hands, uttered the ominous refrain “I’m sure I can find a use for this”.

We’ve had this technology for years now, and it’s been good and getting better the whole time. And yet, it still feels as though we still haven’t figured out what it’s for. As with early cinema, it feels like we’re just testing the limits. But while with cinema that resulted in the development of a unified cinematic language that we all recognize – shot, reverse shot; wide-shot to close-up – the medium of virtual reality seems SO flexible, SO versatile, it combines SO well with other elements, that it’s almost impossible to identify any one technique that is working better than any other. Too many factors are in play.

I’m talking here about anything that uses headset technology such as the HTC Vive or Oculus Rift, but could not be experienced quite the same way in the safety of your own home. This might mean something significant like putting you and your friends into a mapped physical space that you can move around freely in a glorified game of laser-tag; it might mean being strapped into a gyroscopic chair and whizzed around; or it might mean something much subtler, such as experiencing the inner monologue of one character, while another audience member takes the role of a second character – a scenario used in Jane Gauntlett’s piece “Intimacy”, to great effect.

As soon as we take the virtual reality headset out of the living room and put it in a public space, there’s a difference in the way we experience what we see. Putting on a VR helmet is very literally putting on a blindfold. Working on The Pendulum, I would place the headset on my victim and then stalk around them, unseen, preparing the next section of live performance. It felt sordid, and weirdly lacking in accountability. There is certainly an element of trust in isolating yourself into a virtual reality knowing there are people around who can still hear and see.

But that sense of trust is only the first hurdle. Feeling unsafe can alienate an audience, distract them from the content of what they are watching or hearing, but so too can a number of other uncertainties. The level of interaction. Embodiment – do they have physical presence within this world? Is there a story to follow? Is there something they will miss if they look the wrong way? How does what they experience in the headset interact with what is experienced outside the headset?

Some of those questions seem absurdly simple, but in a medium which has no standard rules, and which transcends games, films, theatre, painting, installation art, set design and so on – they’re pertinent. Audiences for VR are becoming more familiar with what they are likely to encounter, but it’s still disorientating. The form is rarely the same twice.

And that is because what we’re talking about is not just a form; not a genre or a medium; and more than merely piece of technology or a particular tool. It’s a dissolution in the boundaries of entertainment. A very strange cultural moment, which may settle into something more conventional eventually, but interesting and fun while it lasts. So, if the opportunity presents itself, I suggest you put on a headset in a public place.