Midnight, one more night without sleeping
Watching till the morning comes creeping
Green door, what's that secret you're keeping?

With only one sleep left until Christmas, it must be time to play Dracula Cha Cha.

Made by Lobo (aka Infectuous), Dracula Cha Cha tells the festive adventures of everyone's favourite nonreflective aristocrat. Inspired by Konami's Tomena Sanner, it has the Count automatically strolling along, with one-button controls for jumping, Dracula karate, and minigames. He'll dance the twist against the Grinch (or zombie Santa?), play rock-paper-scissors with reindeer, take a test to graduate school, go bowling with a lion, pull sick motorbike stunts, and more. Along the way, collect powerups, grab presents to score points, dodge obstacles, and try not to run out of time. Simple, and delightfully silly.

Later levels have new songs as they jaunt around the world (I'm a huge fan of Dracula on a surfboard) but Green Door is the classic to me. The song isn't about Christmas, mind. Theories for inspiration include a private club in Dallas for union members, an H.G. Wells short story, and a lesbian club in London (people do have fun on Wikipedia, don't they). Yet the lyrics make it close enough to Christmas-ish that Dracula Cha Cha has cemented the connection for me. Carolers should be singing Green Door door-to-door. 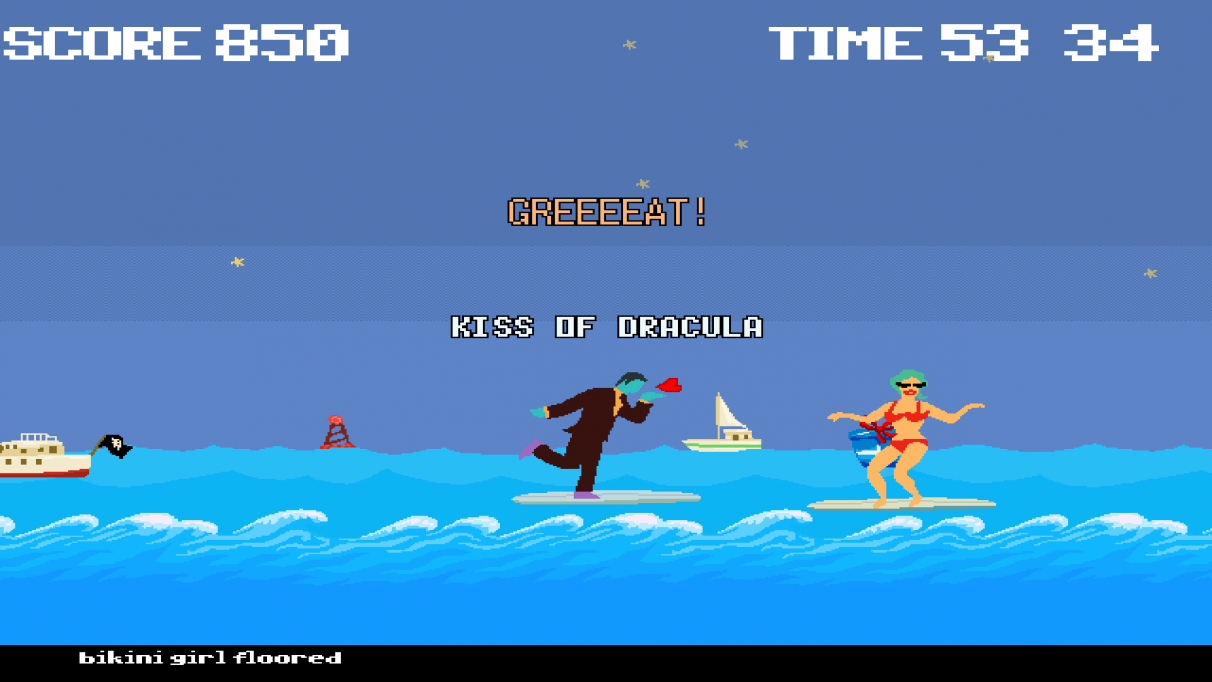 You can get the 2015 version of Dracula Cha Cha from OneSwitch's mirror. Man, I wish it didn't have the jungle level, the 1950s pulp vibe feels off there. If you'd rather, a 2009 version with fewer levels is available here too. To me, that kinda is the 'real' Dracula Cha Cha because it's the one I played first and knew longest.