Less than two weeks ago, League of Legends developer Riot Games apologised for their reportedly inappropriate workplace culture and promised to “rebuild” to the extent that they would “become a leader on diversity, inclusion, and culture.” Now, they’ve fired at least one developer for defending the sessions that they held at PAX West that were only open to women and non-binary participants.

Systems designer Daniel Klein took to Twitter in an attempt to explain why these events don’t constitute sexism against men, pointing out that they’re simply not the systemic bias that women and non-binary people (as well as other marginalised folks) experience. Shortly thereafter, he was fired, telling The Verge that it was “for violating our social media policy.”

As reported by Kotaku, a second employee, communications associate Mattias Lehman, is also no longer with the company. Though neither he nor Riot Games have confirmed the reason for this departure, Lehman had defended Klein, saying “It’s telling when people spend more time tone policing him than calling out those harassing and threatening him.”

Lehman also recently published an article on Medium, as so many present or former Riot employees have done since Kotaku’s initial report, in which he detailed the consequences that he faced after internally raising his concerns about the company culture, including a fear that he would soon be fired. 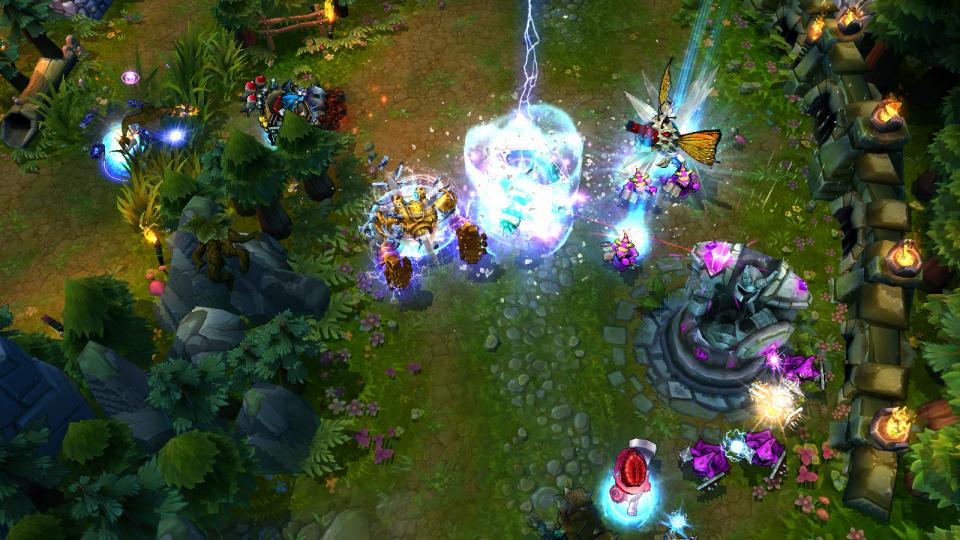 The events appear all too similar to the firing of Jessica Price and Peter Fries from ArenaNet just two months ago. In the same way that Price addressed the constant drip feed of unqualified men trying to tell her how to do her job as being “rando asshats,” Klein called those who were angry about Riot Games’ decisions “manbabies” and “overgrown toddlers.” Both are mild criticisms that hardly constitute attacks on any game's playerbase as a whole, and more importantly, they’re grounded in a wider context that ArenaNet and Riot Games ignore and exacerbate by immediately firing their employees.

Price was inundated with abuse after ArenaNet emboldened her harassers by telling them that their actions were not only justified but effective. In the days and weeks after she was fired, other (mostly female) developers experienced campaigns in which people wrote to their employers asking them to follow ArenaNet’s lead. Now, Riot Games have done so with Klein, and he too is experiencing a burst of gloating, hateful comments.

"We’ve never backed down from a challenge before and we don’t plan to start now," Riot's apology read.

Public apologies are empty words unless backed up by real positive action, and terminating an employee who defends the company’s own diversity initiatives massively undermines their promises to do better. Ten days ago, the company loudly claimed: “We need people who will drive change and fight for what’s right.” But apparently they didn’t need nor want Klein.