Rain, rain, go away, come again once you've got a new assortment of tools I can murder monsters with. Oh, hello Risk Of Rain 2. What've you got there? The Skills 2.0 update, introducing a loadout system that lets you configure each character's skills at the start of each run, a new survivor with a grappling hook, plus new monsters, bosses and items?

None of that fixes my main problem with the 3D roguelike, but as the ancient proverb goes, a grappling hook is a balm for all wounds.

That hook is swung by Loader, "a slow but powerful bruiser that can use her grappling hook to uniquely navigate the environment". I am torn between my insatiable need for speed and my fondness of swinging, but also largely put off by the convoluted process of unlocking her.

The new loadouts do offer a tempting way back in. I like the idea of fine-tuning my Huntress, but to do that I'll need to complete certain challenges while playing her. Again, they sound like a right faff, with luck playing as large a role as skill. I'm hesitant about heading out into the rain until I happen to acquire twelve crowbars. 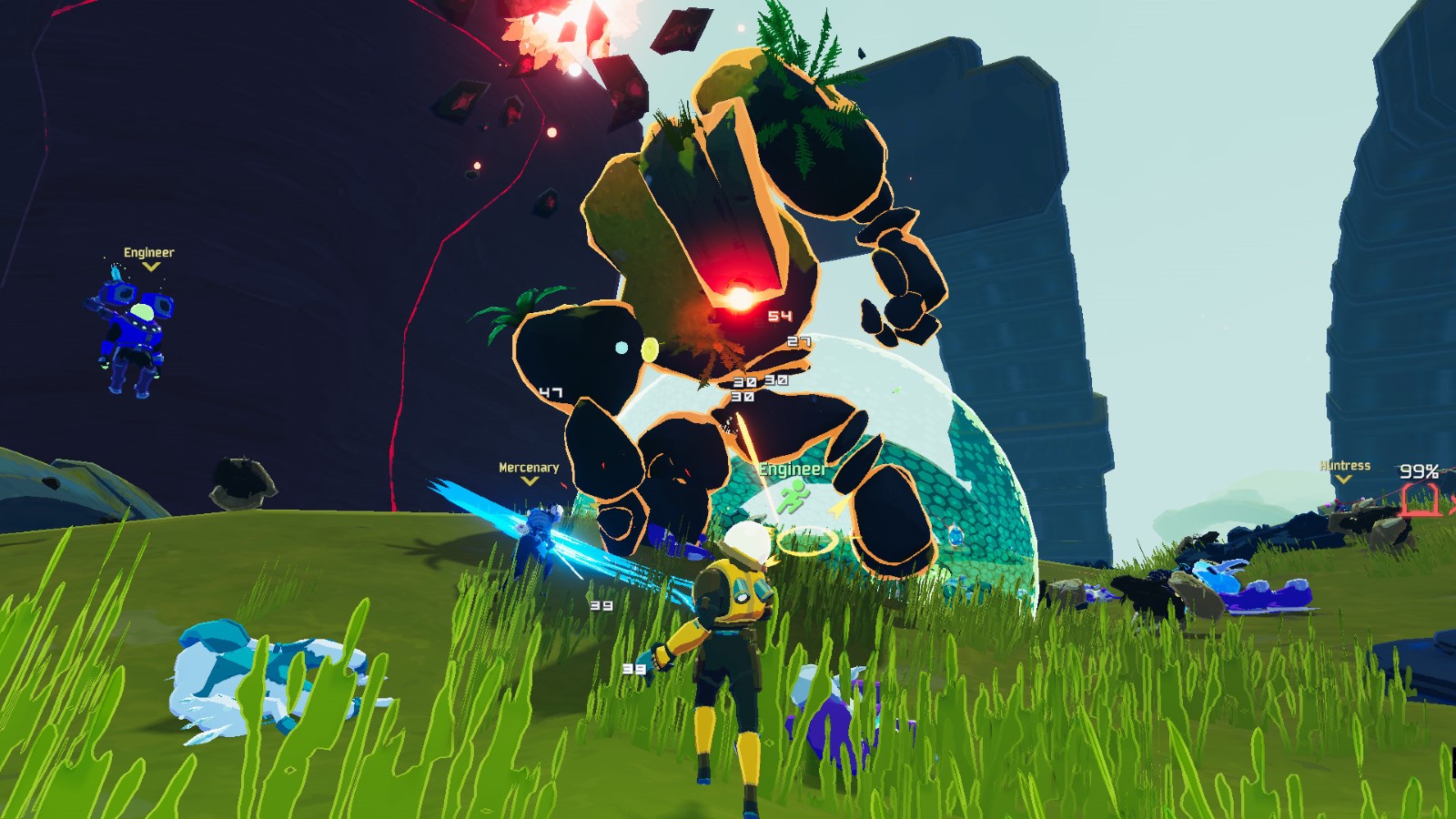 Five months of updates mean I can't say this authoritatively, but I suspect chancy precipitation still feels much like when I last played. I'd lark about for half an hour or more, calmly popping the same enemies over and over, until I'd suddenly find myself watching my character ragdoll across the screen. The difficulty escalates too abruptly.

Still, there's a lot to be said for variety and grappling hooks, as well as Risk Of Rain 2 in general. It's weird, interesting and pretty. If that death dynamic doesn't undermine everything for you, go peruse Tuesday's patch notes.