If you click on a link and make a purchase we may receive a small commission. Read our editorial policy.
Ritual Of The Moon takes around five minutes a day to play, for 28 days. Today is day 12 of my diary.

After last week I left Marty Burnham alone for the whole bank holiday weekend. I wanted the world to explode and didn't give a heck about it. Today I find I have once again been given a surprising reprieve; despite not playing for three whole days I have only missed one in-game. But I didn't want or ask for this one. I wanted to abdicate responsibility but it is still here. Hello responsibility. Life goes on. Argh.

Every time I let the planet get mullered, Marty Burnham The Moon Witch gets a bit more vengeful. Today she was all like "yeah, the council deserve to be destroyed!" which they do, but on the other hand, life on earth includes all life on earth, even those giant, stupid, stupid fish. A sunfish isn't responsible for Marty Burnham being exiled to the moon. It barely knows which way it's facing. So I am guilty about killing sunfish and that Marty is losing her serenity.

Basically today I am in a heroically bad mood. I'm deep in the trench of natural hormone withdrawal, so when I started innocently talking about my university with a colleague who also went there, I got sad because, you know, the distant past, and mistakes I have made since then, argh, life. I've spent most of today with that stingy head feeling you get when you want to cry except I do not want to cry. And I feel guilty and exposed for being honest about this on such an open forum as the internet. I don't want people to know that being on my period has this kind of measurable effect on me. I don't really want anyone to know I'm on my period. But also fuck you, so many people have to have periods so why can't I talk about it and remain unjudged?

I just realised she's probably screaming on the inside too, though. Which is the point, isn't it?

Fortunately past Alice put two Mr Kipling slices in present Alice's bag last night. She could have eaten them, but she did me a solid.

Today's ritual drawing is a sort of space angel I guess? I did not intend for it to look like she has nipples. 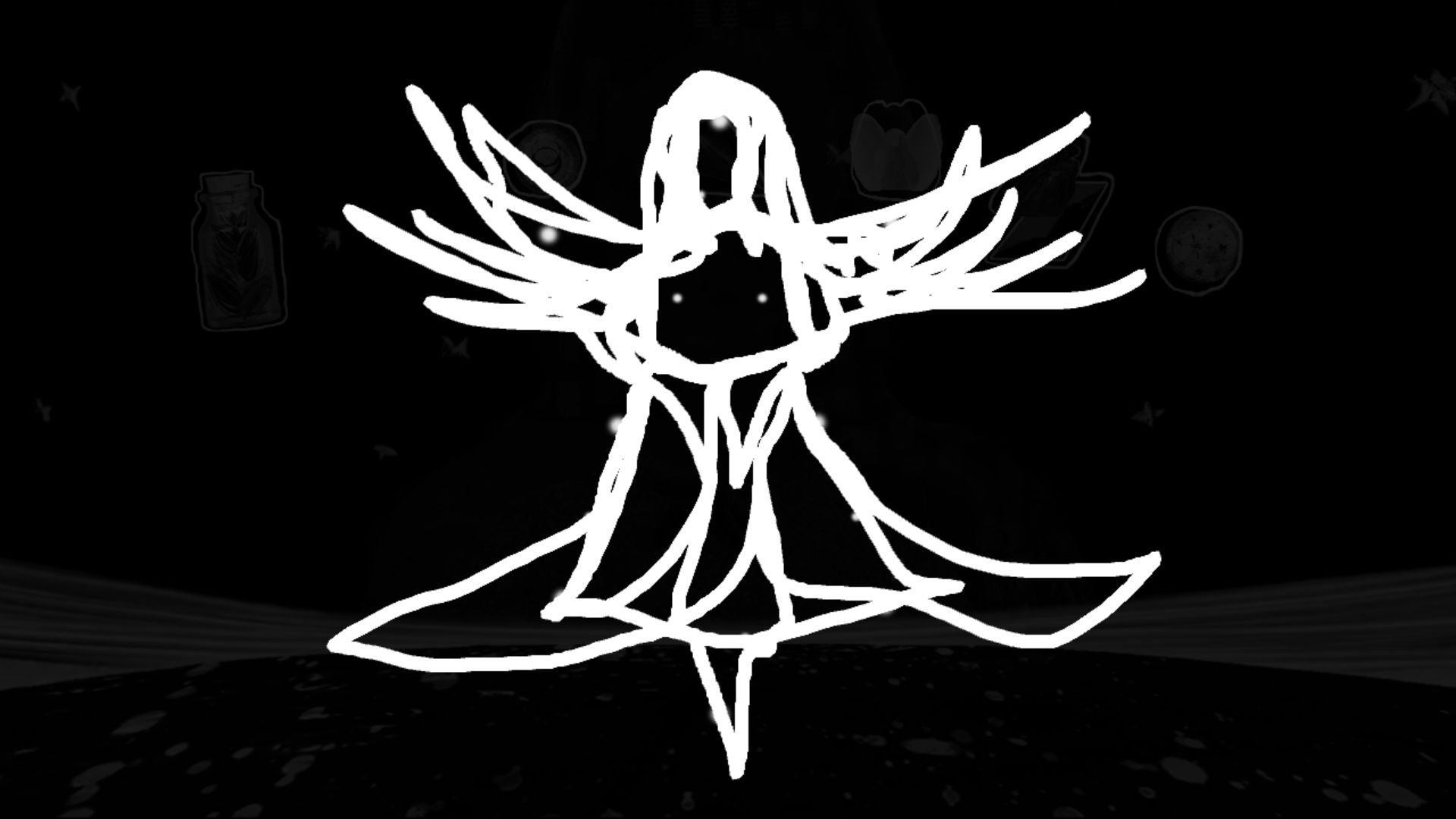 That has actually cheered me up quite a lot. Ahahaha.