If you click on a link and make a purchase we may receive a small commission. Read our editorial policy.
Ritual Of The Moon takes around five minutes a day to play, for 28 days. Today is day 27 of my diary.

So this, today, is the last day of the Moon Diary. Tomorrow I shall wake up and not have to write about Marty Burnham. I was relieved before I played, and now I am just quite sad.

It would be good if I had planned some grand closing article, wouldn’t it? But I don’t have one. I was fretting all week about whether Marty Burnham should live to protect the Earth forever, or… die. I think, upon reflection, I would end up living forever, because I am a colossal coward and am very afraid of dying. But I wasn’t making the decision for myself, I was making it for Marty.

It made me think about this talk by Rob Morgan, which I saw years ago now. It’s about how we relate to characters in games. This is, he explains, broken down into two broad categories: either we might want to be or embody the character, or that we are outside them but empathise enough that we want to protect and help them. There are lots of things that might affect this, like third-person vs. first-person camera, or creating a custom character vs. playing a fleshed-out one created by the developers.

So how do I relate to Marty Burnham The Moon Witch?

On the one hand I empathise with her, and have been doing things to make empathising with her easy. I gave her a name and imagined what she was like and how she was feeling. I thought about her experiences as a woman and how they could be similar to my own. I felt guilty leaving her alone.

On the other hand, I also felt guilty when meteors hit the Earth, because that was my fault. The decisions were mine, and my empathy with Marty’s experience often blurred specifically because I was imagining them compared to my own. And, the whole way through, I was trying to figure out how Ritual Of The Moon functions as a metaphor, and surely Marty Burnham represents… me. 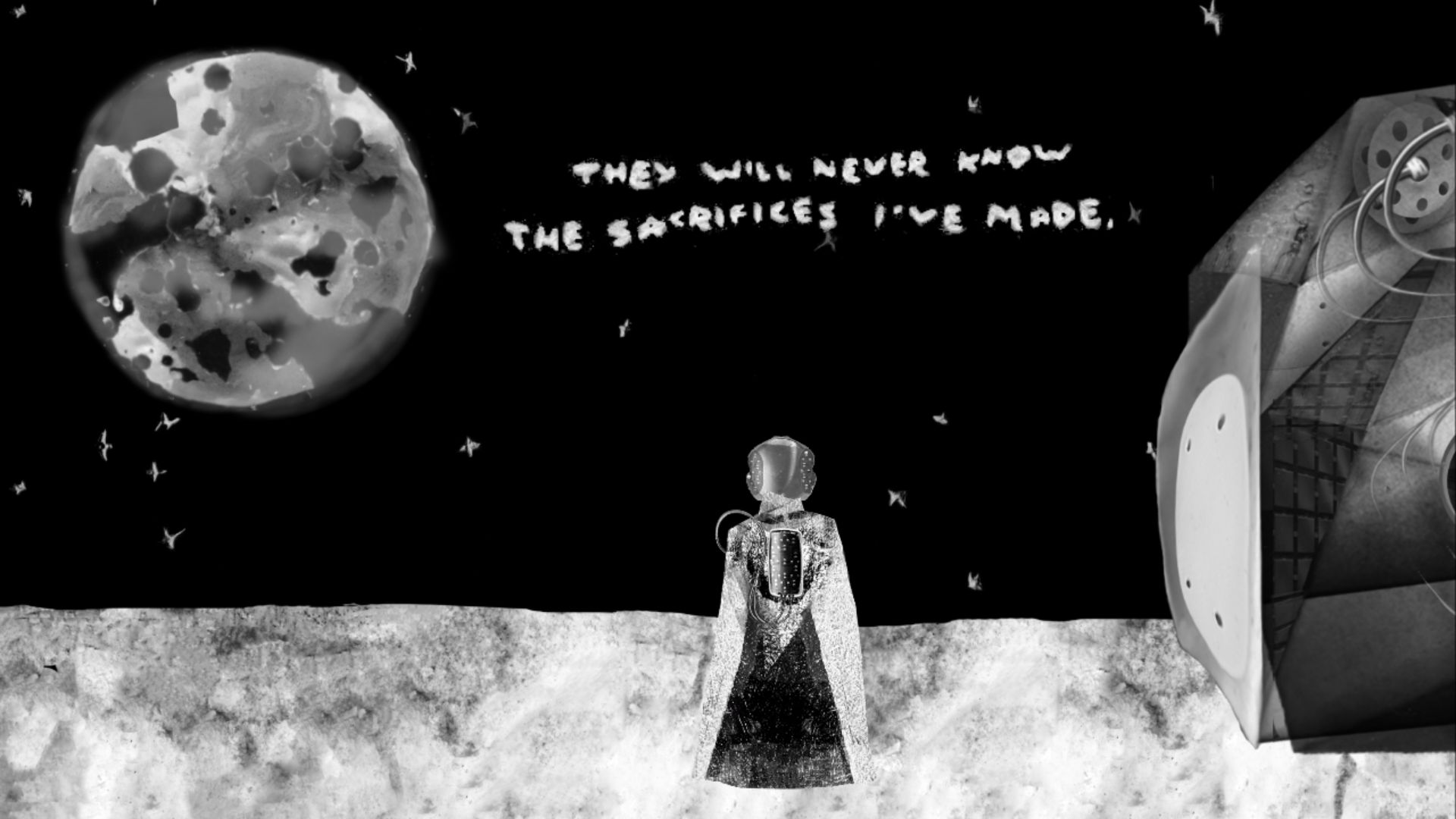 When I was younger, I tended to empathise with computer characters more easily than real life people. My uncle, on my dad’s side, got cancer when I was a teenager. He was a very gregarious and vivacious man, who never smoked a day in his life, but could drink quantities of alcohol that would be terminal to lesser men, and still be upright and lovely. The last time I saw him he had to be on oxygen all the time on account of the tumors in his lungs (he said all the gadgets made him feel like James Bond). His last words to me were “Don’t get ill, ya bitch.”

I remember sitting in a living room, while my dad said goodbye to him, and talking to my cousin, who was only a few years older than me, about how we found all this sort of stuff quite weird. I was very sad, but felt detached from myself. It sort of felt like I didn’t know how to cry. Like crying was a skill like driving a car or something. And strangely, it is easier for me to say this to you than it would be to talk to my father about it.

The thing is, of course, that caring about real people involves stakes that are significantly higher. Fake people have often been outlets for feelings I didn’t want to have at the time I was having them. This is why I suddenly started crying when a character on Doctor Who told her grandmother she loved her.

In any case, in this playthrough, I wanted Marty to live, because she deserves to live, and not all the world deserves to die, I suppose. I have been watching the new adaptation of Good Omens, in which the demon Crowley observes that all the mammals in the sea don’t deserve to be turned into bouillabaisse when Armageddon happens. 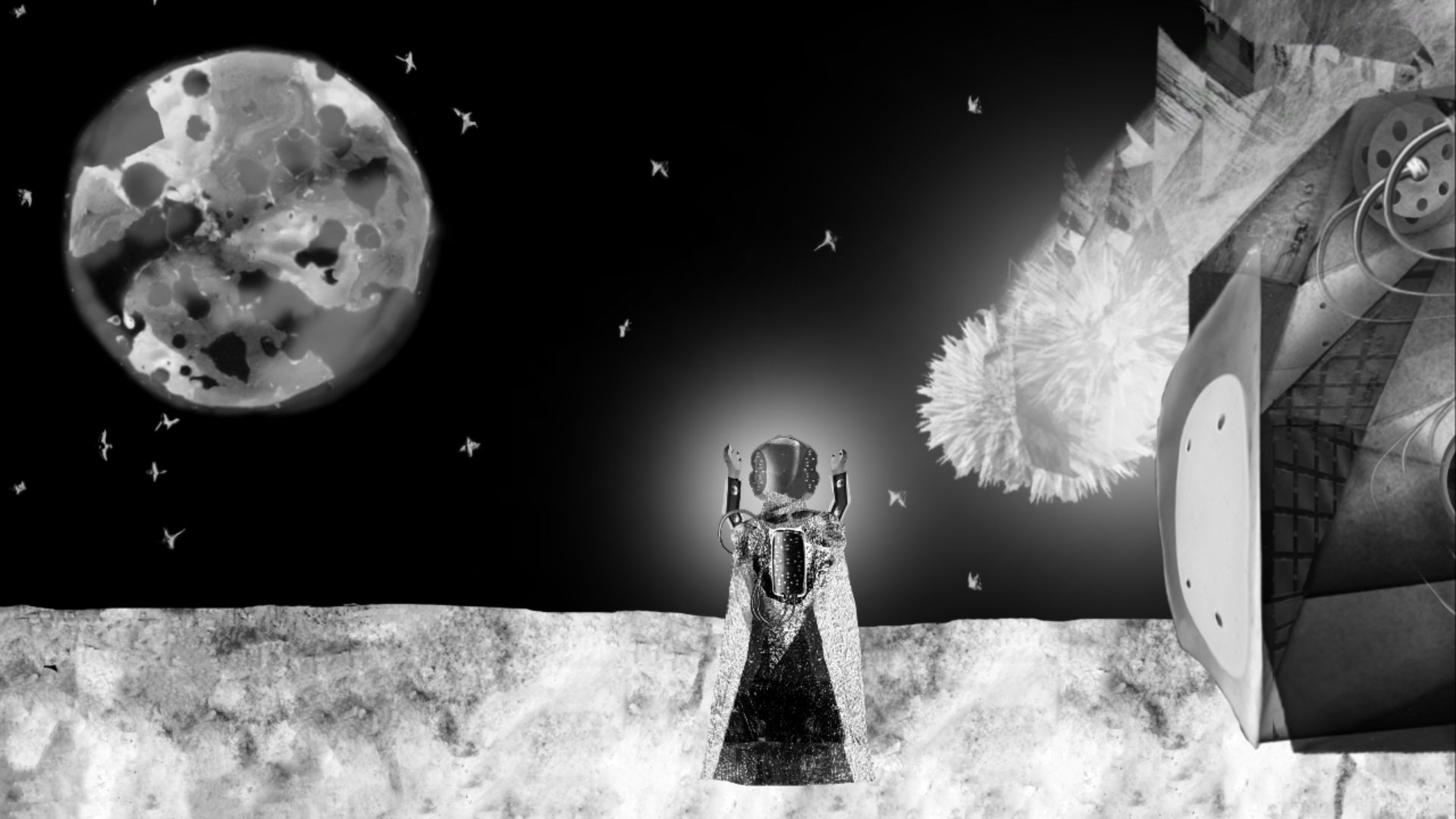 Today, the decision was taken from me. Marty Burnham stepped out onto the moon and made the decision to draw a meteor towards herself. Which still feels like it is very much my fault. Sorry, Marty.

But at least she took control, which had been taken entirely from her when this exile on the moon began.

Today’s ritual drawing is another flower, because flowers are nice. 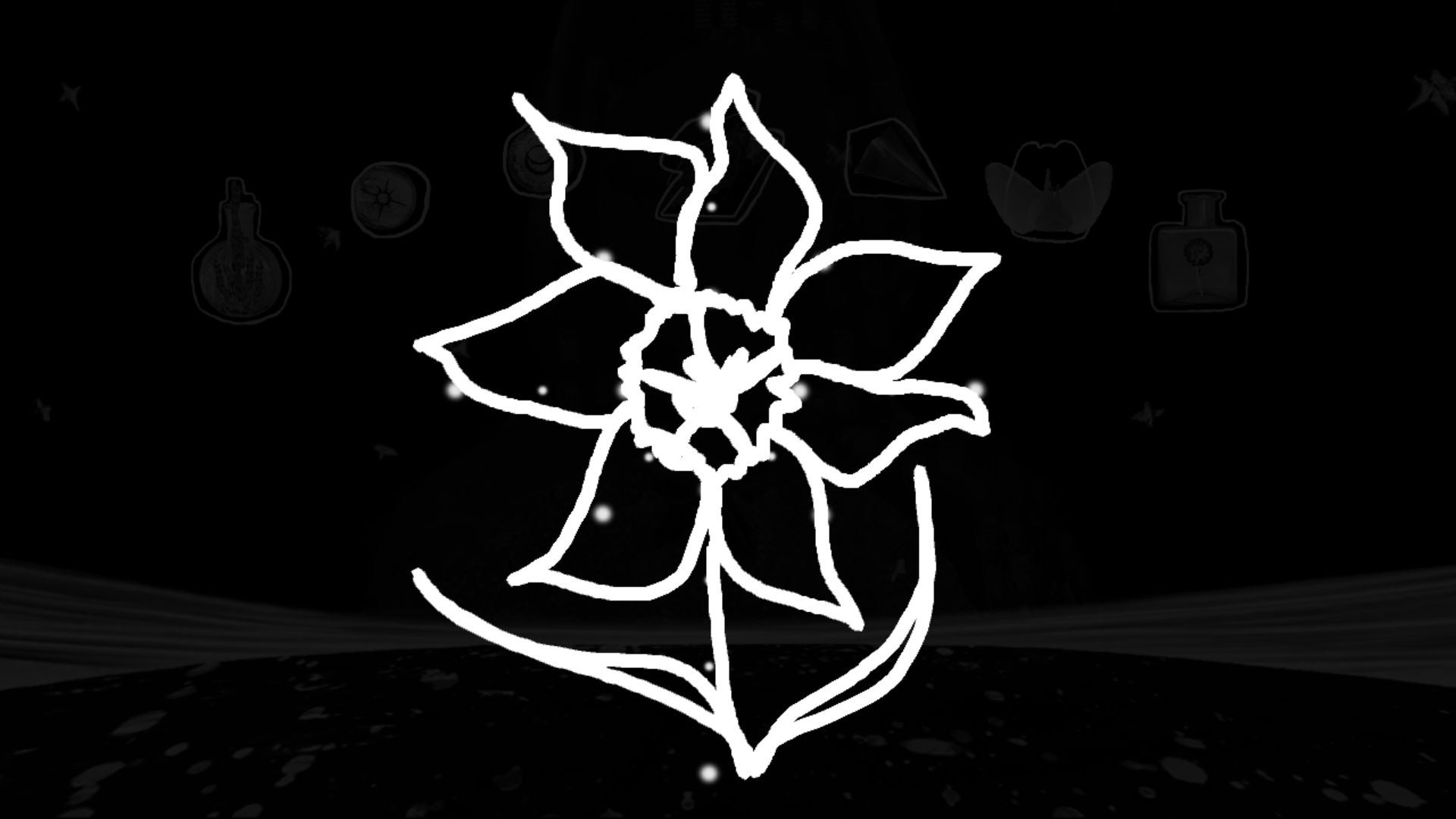 This has been a very strange journey, and not entirely smooth. Thank you for sticking with it. Goodbye.

Ritual Of The Moon is available from Steam now