I was looking through my crate of ancient technology when I rediscovered my oldest possession: my Frontier: Elite II game box. It has been with me for 27 years. Jobs, houses, relationships, pets, and my waistline have all been left behind, but it has not. When I got rid of the system it was played on, my trusty Amiga CD32, I kept the game. Somehow, 22 years after harassing my mum to buy it for me, I got to show it to Frontier's creator David Braben. We went through the lore books, the manual, and the small piece of paper on which 14-year-old me had scrawled a formula that allowed me to skip across the light-years as if they were stepping stones.

If I didn't have that grey crate of Things I Must Keep, I'm not sure it would have survived. The vessel of wires, power supplies, four mostly dead gaming mice, and more, kept it safe. Let's celebrate everyone's crate of weird and forgotten things. So tell me, what have you kept?

It doesn't need to be an old game box, though if someone out there has a trapezoidal Thief box, then I demand you speak up. No, it could just be a ball of old wires from old, long-dead external drives that you can't bear to untangle. Do you know what they're for? Tell me this instant! When I was brutal with my possessions, cutting everything down to the bare minimum, I kept that ark of the coveted. The crate is now gone, but what was inside it, a Katamari of networking wires, 'spare' keyboards, and plugs, has been moved to a more delightful box. A retirement villa for old possessions. 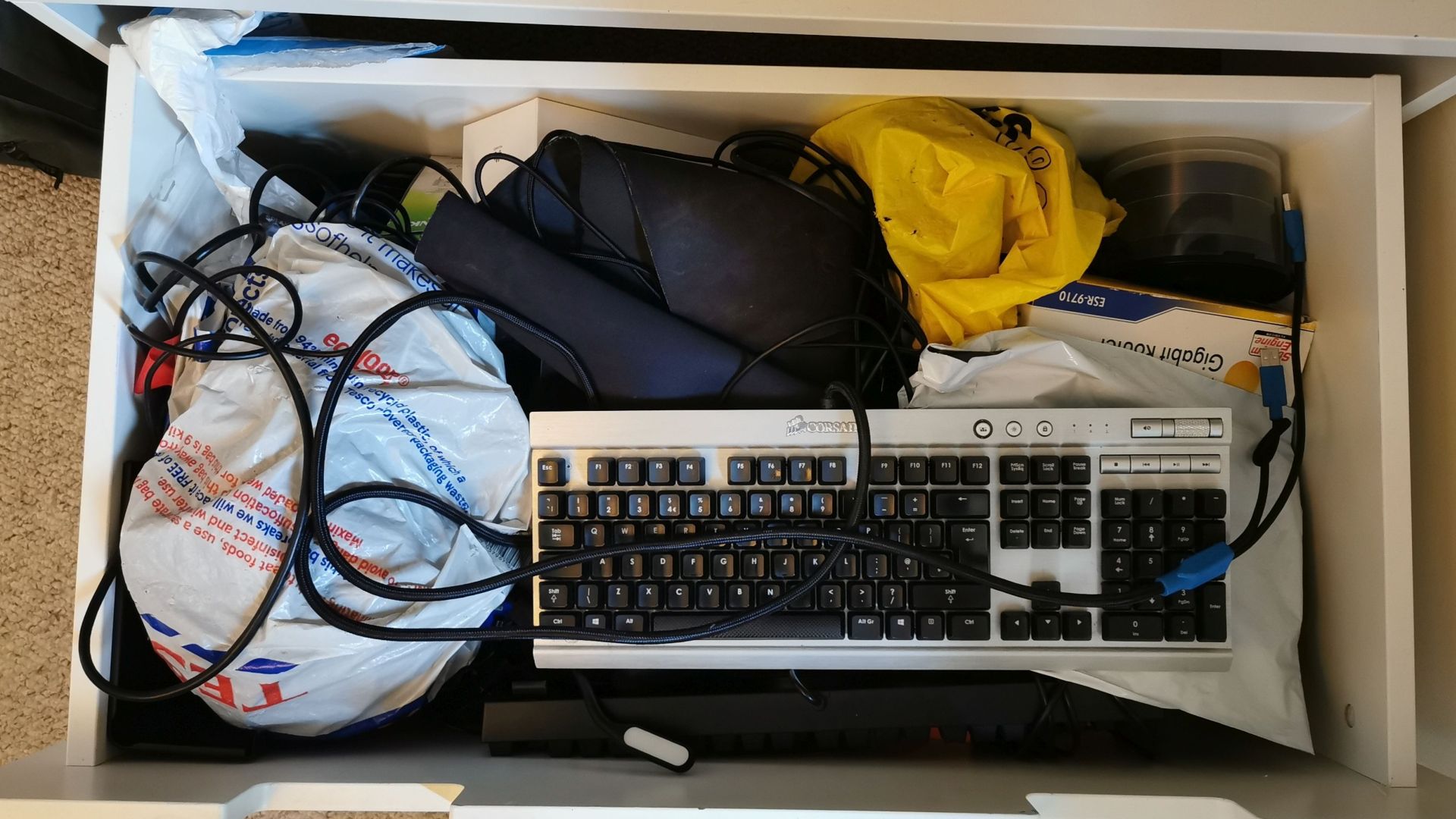 And once or twice the stuff in there has managed to be useful. When a relative's dead PC shows up at my flat, and I need to retrieve their photos, something in there will provide the power I need. I know exactly where to go to find an obscure monitor connector or my lost youth.

So what's in your box? I want to know.