When Runeterra launched in January, it was already more generous than many other multiplayer card games. You could unlock plenty of cards by playing, and even make sure you unlocked cards from your choice of faction - so I'm surprised to see developers Riot are going to start handing out even more.

Once the March 31st update to lands, your Weekly Vault will contain more goodies, Expedition runs will cost less, and you'll be able to buy an unlimited number of specific cards from the store. Interesting!

The first big change to Riot's League Of Legends card game spin-off is to how buying cards works. Wildcards have been in the game since launch, and transform into any card you like from the same level of rarity. There used to be a weekly limit on how many you could buy for real-world money, but that limit is being scrapped, and you'll also be able to simply buy specific cards from the store.

Riot explain their reasoning in this blog post, saying they wanted to "ensure new players weren’t forever behind those who stocked up earlier, enable players who wanted access to the full set of cards for experimentation, and eliminate the implicit pressure to make purchases because of the limited weekly stock". The change is particularly important for Champion Wildcards, seen as those are often deck-defining and you could only buy three of them a week.

That won't make much difference to players like who didn't want to spend money anyway, but the more generous Weekly Vaults will. You level up your Vault by earning XP through playing, and it's one of the main ways to get new cards. Once the new update lands, those chests will be guaranteed to contain a random Champion at level 5 and a Champion Wildcard at level 10. You'll also be able to keep levelling it up infinitely, when previously the rewards capped at level 13. That's already more Runeterra than I will ever play in a week, but good news for the dedicated. 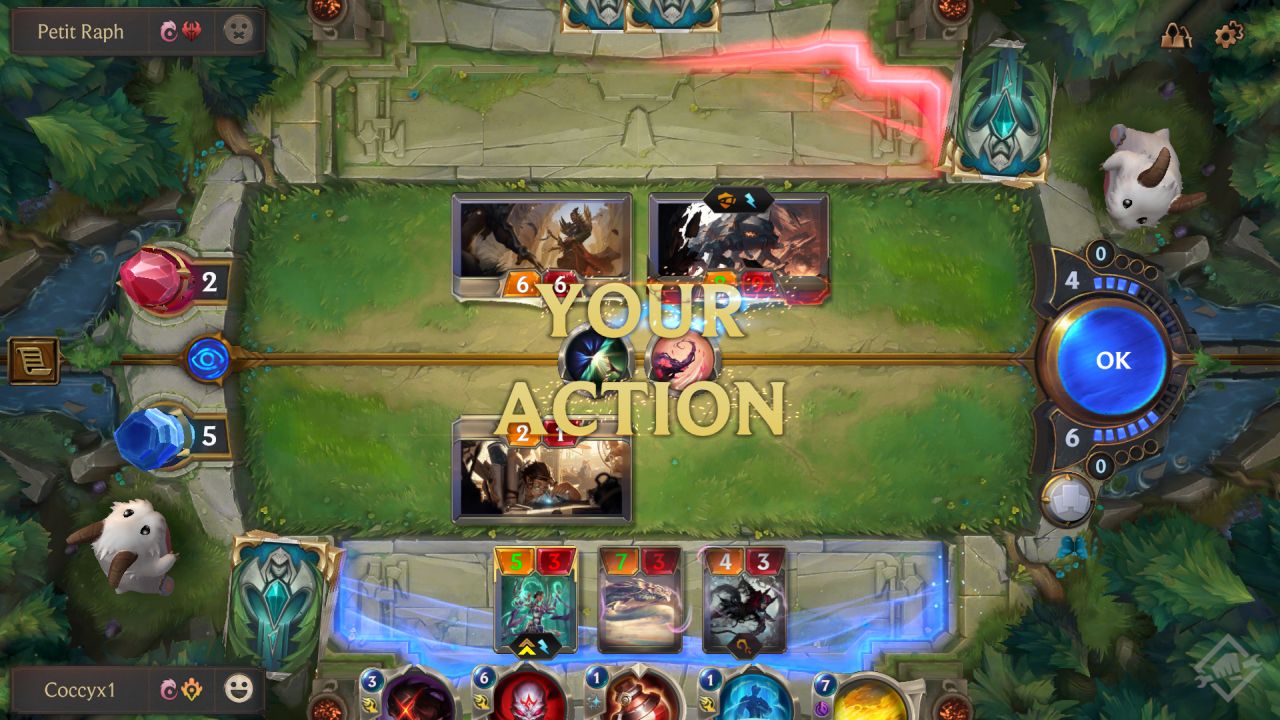 My favourite change, though, is that the vaults now drop an Expedition token at level 2, when previously you had to grind all the way to level 10. Expeditions are the mode where you assemble a deck from a series of choices, then play games against people who've done the same until you either win seven, or lose twice in a row. Entry tokes are cheaper, too, and now cost 2000 shards rather than 3000, or 200 coins rather than 300. Shards are earned through playing, while coins need to be bought with real money.

Expeditions being too expensive was my main complaint when I took a look at Runeterra back in January, so this is grand - although the rewards you get from playing have been toned down to compensate. That's a shame, but I was mostly playing because I enjoy the format, so I'm a-okay with the trade off.

Riot also say they'll be introducing XP Boost levels later down the line, and explain them like so:

"Over time, additional XP Boost levels will be added based on how long and how quickly active players have been progressing to ensure there isn’t a huge disparity in card collections. If a significant part of the community ends up rocketing way ahead of the pack, the rest of the community can draft off them to catch up. We want coming back after a break to be easy and appealing, and ensure that it’s always a good time to start playing LoR."

That's a good philosophy, and this is already a good bundle of changes. Riot hope this is the last time they'll have to do a major overhaul of how the economy works, and yeah, I hope so too. Unless they want to make it so I can go on as many free Expeditions as I like. They're the best bit, and it still sucks that access is restricted.