SSDs that support the new super fast PCIe 4.0 standard are going to become increasingly important over the next couple of years, so if you want to get on the bandwagon early then Sabrent have three of their PCIe 4.0 Rocket NVMe drives on sale as part of Amazon Prime Day. They're all 2TB drives, so prices are naturally quite high, but with £60 off two of their regular models and a whopping £180 off their chunky heatsink version, they probably won't be this cheap again for quite some time.

The cheapest Sabrent Rocket drive on sale is their entry-level Q4, which is down to £240 from £300. This drive has sequential read and write speeds of 4800MB/s and 3600MB/s, so it's not quite as fast as Samsung's 980 Pro or the upcoming WD Black SN850, and it also falls behind the Gigabyte Aorus NVMe Gen 4 drive. It almost definitely won't be fast enough to use as an expandable Playstation 5 SSD, either. Still, when even a 1TB Samsung 980 Pro will set you back £208 right now (the 2TB model is arriving later before the end of the year), this is still probably going to be one of the cheapest ways to get a PCIe 4.0 without paying over the odds for it.

Next up is their 2TB Rocket NVMe 4.0 drive, which is quite a bit faster than the Q4 model thanks to its sequential read and write speeds of 5000MB/s and 4400MB/s. Again, that's still a way off the Samsung 980 Pro's 7000MB/s read and 5000MB/s write, but like I said earlier, that eventual 2TB Samsung drive will likely cost a lot more than what you can pick up the Sabrent for now. The heatsink model, meanwhile, is exactly the same as the regular Rocket - you just get a big chunky heatsink to stick on top of it to help keep it cool and running at higher speeds for longer. 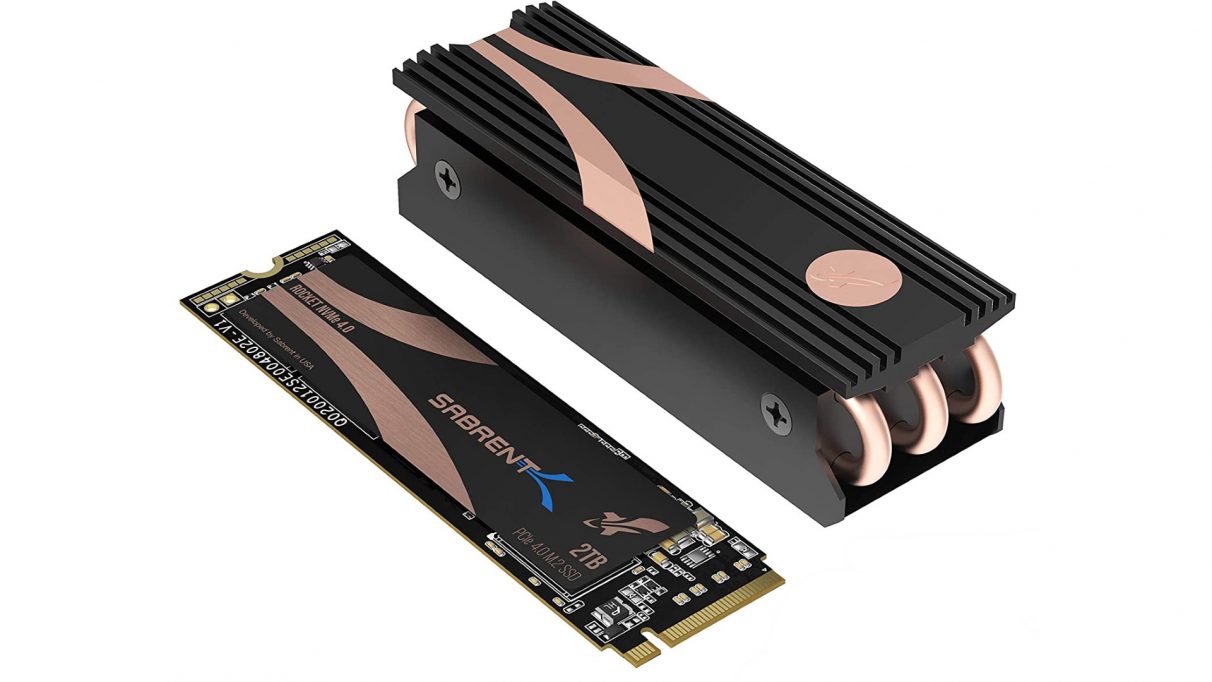 That's the theory, anyway. When I tested the WD Black SN750 with and without its heatsink attached, I couldn't really see any discernible difference between the two when it came to overall performance. Still, when the heatsink model is just another fiver, you may as well spend the extra provided you've got enough clearance for it on your motherboard.

I should note, you'll need a 3rd Gen Ryzen CPU (or one of their upcoming Ryzen 5000 CPUs) and an X570 or B550 motherboard to make the most of its PCIe 4.0 speeds right now, as Intel's 10th Gen Comet Lake CPUs don't currently support it. They'll be adding support for it when they launch their 11th Gen Rocket Lake CPUs before the end of March next year, but we don't currently know if they'll require a different type of motherboard chipset in order to take advantage of it. You can, of course, stick a PCIe 4.0 drive in a PCIe 3.0 motherboard and use it like normal, but you won't get the benefit of those super fast speeds you've paid so much for. Still, if you want to buy in early to futureproof your next PC build, then these are some pretty decent discounts.