Through some rather specific things you need to do in Sekiro: Shadows Die Twice, you can unlock a secret boss fight. Though you may have overcome Owl in the present, you've not fought against him while he's in his prime, in the flaming room where you fought Lady Butterfly much earlier in the game. It's a rather difficult fight and we aim to guide you through it.

This boss guide will go over both phases of one of the toughest boss fights in the game. This will be against the same ninja - Owl, only this time it is when he's in his prime. He will therefore be pulling out all the stops. You'll first need to find the secret version of the Hirata Estate, so we'll also be giving you the steps to do this. 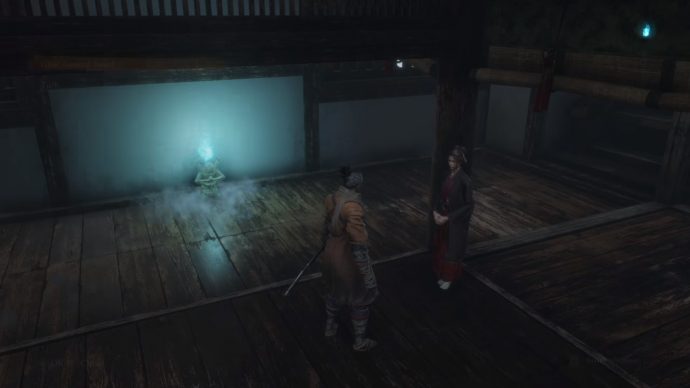 How to find the secret Hirata Estate memory

In order to even find this boss fight, you'll need to follow the steps in our Sekiro: Shadows Die Twice endings guide for the Purification ending. Ensure that you begin the steps as soon as you beat Great Shinobi "Owl", and don't go past the Divine Dragon boss fight. Otherwise, you'll miss out on the chance to defeat this boss. The steps are as follows: 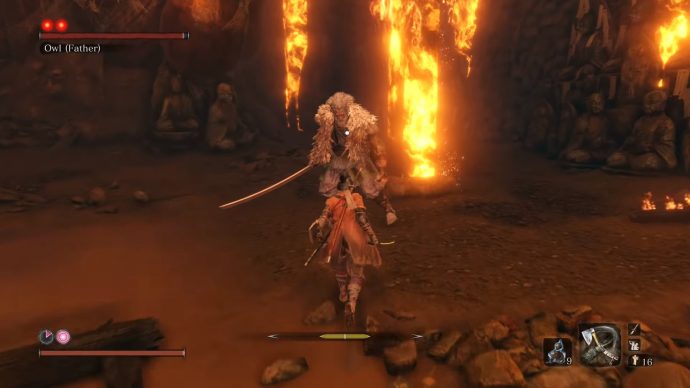 Before we begin, I want to make an important distinction. Since there will be multiple instances of "owl" and they won't necessarily be referring to the same thing, in this guide the "owl" in the second phase is an actual owl, and the main boss will be called referred to as "Father". It's a pain, I know, but really this just saves a lot of confusion.

So Father will have a fair number of attacks that are strikingly similar to those found in the previous fight against him - the strategies for all are in our Sekiro: Shadows Die Twice Great Shinobi Owl guide. However, there are important differences. Gone is the pesky orb that prevents you from healing. It seems his past form was a lot more reliant on other ninja techniques, such as firecrackers. When he does throw firecrackers, keep an eye out for the unblockable kanji as it's going to be a thrust attack through the smoke. This is the perfect chance for a Miriki Counter and do get a bit of damage on him.

There is also a string of attacks where he'll throw some firecrackers in a line in front of him, creating what looks like black smog. As soon as you see this happen, jump away to avoid this explosive slash. With the other unblockable attack which is the sweeping swipe, he has a tendency to either repeat the attack or execute a new overhead slash which takes a long time to wind up, but can track you if you are moving. If you jump away, he'll jump towards you with an overhead slash. The idea is to dodge it at the last second before getting some quick damage in by attacking him in the back. If he goes for the sweep again though, try to do a jumping kick to his face to stagger him a bit.

Also, whatever you do, never go for a thrusting attack. Father has access to the same Miriki Counter that you've been using to avoid thrusting attacks and it sets him up for further attacks. Stick to slashing attacks when you do attack him. He'll still have his shruikens, so watch out for them. Focus on damage until he's about halfway down his health bar, then go for deflections and counters until you shave off his first health stock. 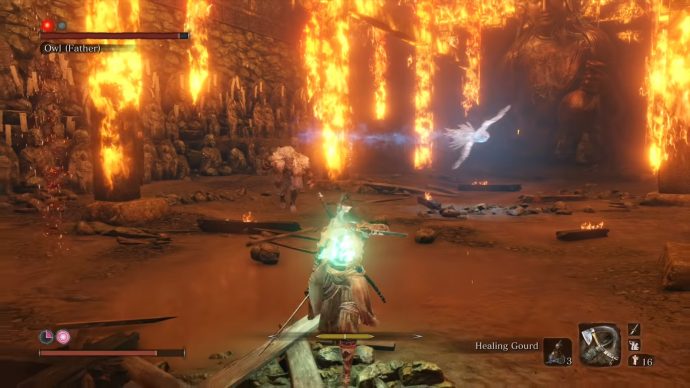 Father will now conjure a spectral owl to aid him in battle. This owl is a big pest as it'll fly around with seemingly no interest in attacking you, until Father decides to either disappear or engulf the owl in flames. If you ever see him disappear, look for the owl and stay as far away from it as possible. Father will appear out of the ether with the aim of appearing behind you, so keep running to ensure that doesn't happen.

The other owl-based attack is when he holds his left hand aloft, beckoning the owl. This will engulf the owl in flames, hurtling towards you at a breakneck speed. Jump to the side to avoid it, but also keep on the lookout for Father's thrusting attack that will soon follow, as this is one of the few opportunities you have to get a Miriki Counter on his second phase.

Otherwise, Father is the same in the second phase as he is in the first, so whittle him down to around half his health, then go for the deflections and build up his posture break meter until he becomes open for a deathblow. Killing this turncoat Shinobi once and for all will reward you with 10,000 experience towards the skill level, the memory "Foster Father" to use to upgrade your attack, and an Aromatic Flower. With the flower, make sure you give it to Emma back at Lord Kuro's room to finish the requirements to get the Purificiation ending.