If you click on a link and make a purchase we may receive a small commission. Read our editorial policy.
Premature Evaluation is the weekly column in which Steve Hogarty explores the wilds of early access. This week, he's destroying his shins by repeatedly skateboarding into low fences.

Skateboarding was born out of the surfer movement of California in the early 1950s, when a bunch of surfers were dismayed that their surfboards ground to a halt whenever they tried to surf along park benches or ollie over a man lying down in the street with an egg in his mouth. By adding wheels to their boards, and making the boards really tiny, and then doing something with ball bearings I guess, they transformed a once aquatic hobby into a cool new sport that could be enjoyed while wearing cargo pants.

The ability to skate anywhere and everywhere spawned a counterculture movement among rebellious young skateboarders, who had no issues “flipping the bird” to the “pigs” who couldn’t “deal” with their attitude towards the “unconventional use of public urban spaces hijacked by faceless corporate landlords following the capitalist land-grab of the mid-20th century”, maaan. Which brings us to hurtling through the subsequent decades to Session, an early access skateboarding game, out today. 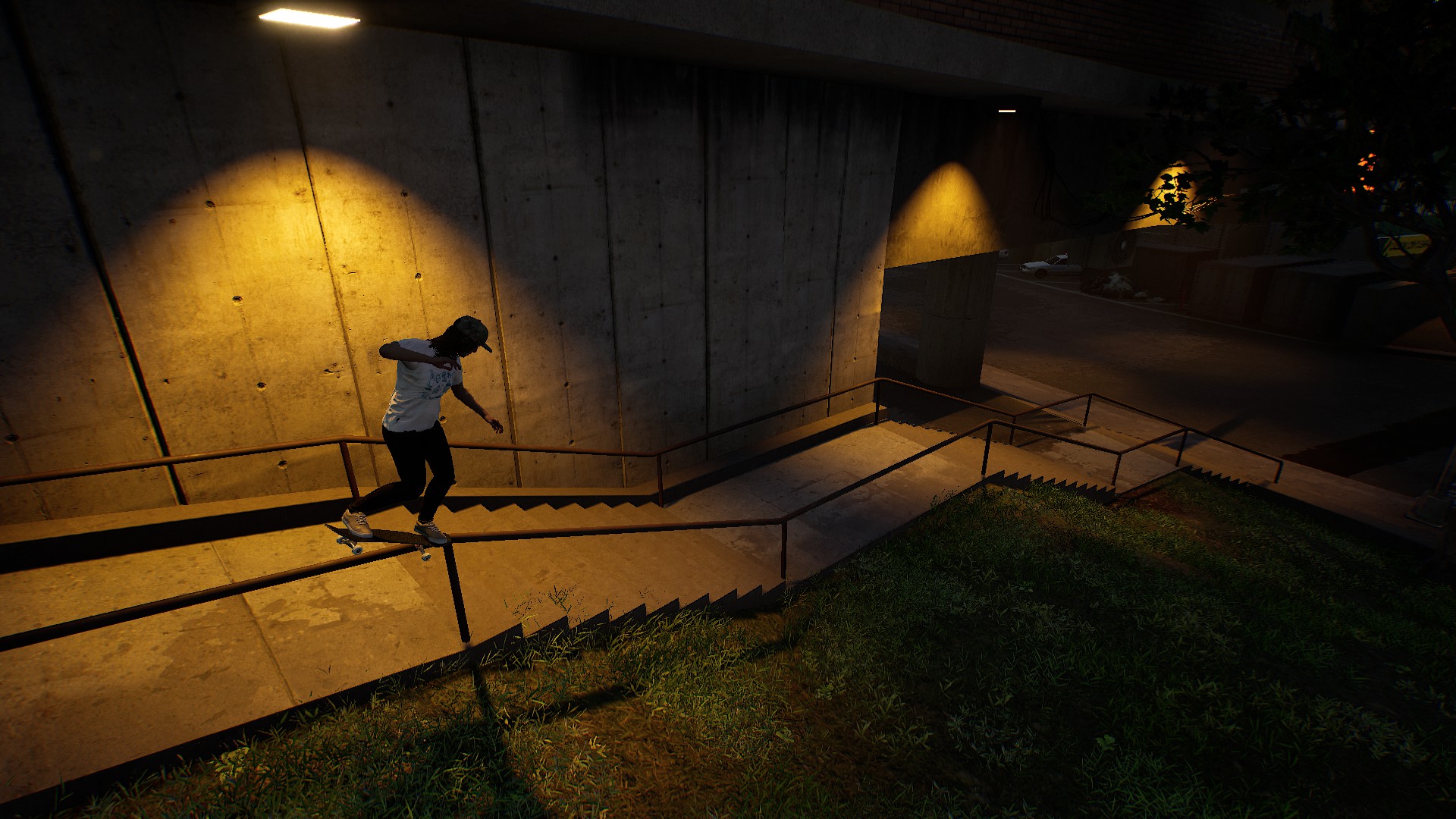 Session renounces the simplified controls of the past in favour of unflinching, unadulterated realism. This is not Tony Hawk’s Pro Skater. Tony was forgiving, he prioritised fun over simulation by letting you fluff your landings and keep on rolling without eating dirt. Most importantly, underneath all of his ostensibly simple inputs was a sense of authenticity. You might not be able to skateboard, the game promised, but if you could, this is roughly what it would feel like.

Not so, Session. This is a purist’s vision of skateboarding. It is unvarnished and unapologetic, a cold and unfeeling city of poured concrete and metal waiting to smash all of your teeth out. Session is raw, like the pink, grit-speckled flesh of a twelve-year-old’s face.

Let me try to remember the controls, now that I’ve detached myself from the controller and my fingers are no longer poised over the analogue sticks. Each stick corresponds to a foot. Push the stick down and you’ll place your weight on that foot, flick the opposite stick and the laws of physics will conspire to catapult you a short distance into the sky, sending your board twirling balletically beneath you. 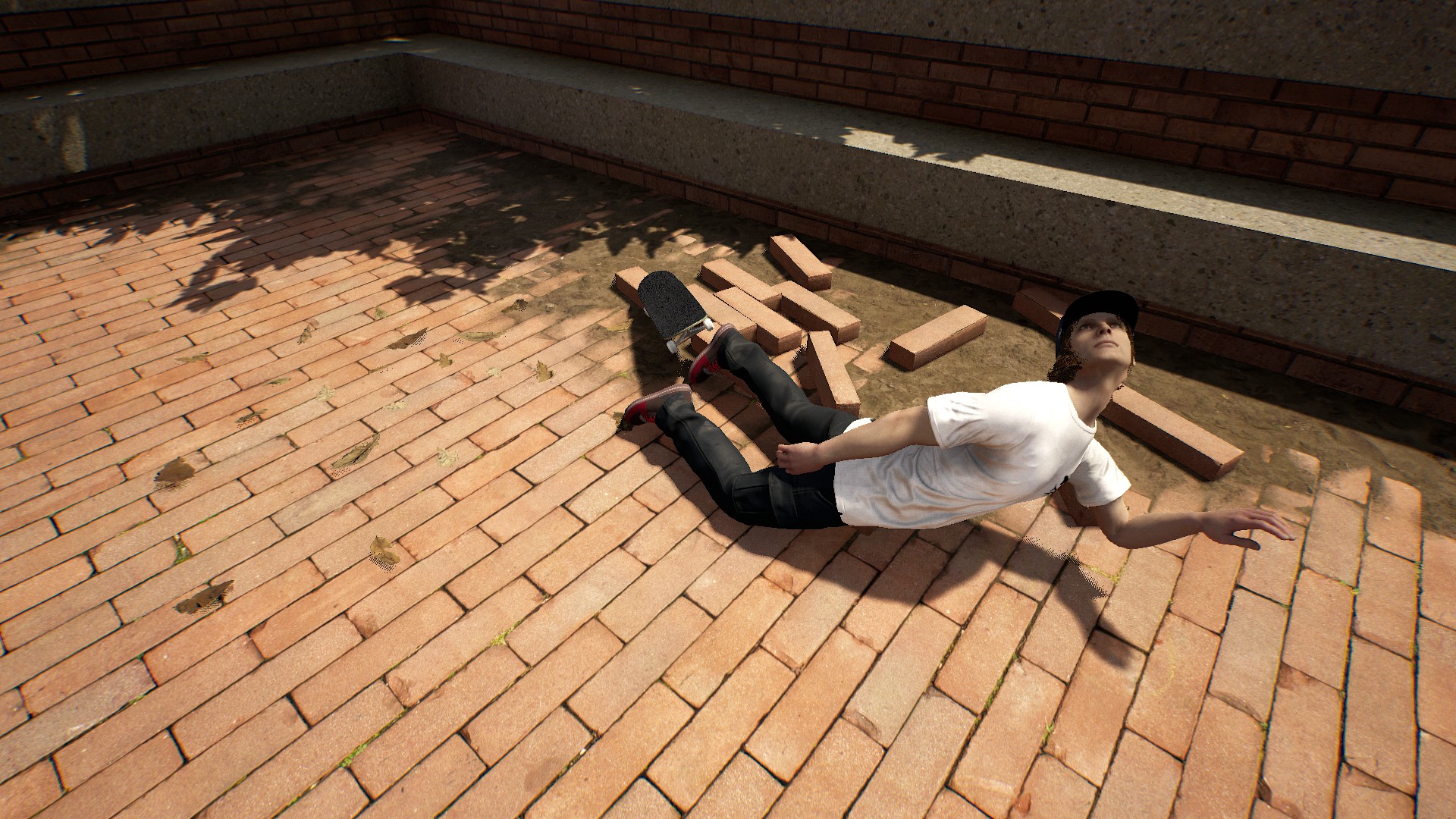 With both analogue sticks assigned to foot duty, it’s the left and right triggers that control where you go. Each trigger simulates leaning on the trucks (that’s skater talk for the T-shaped metal bits that connect the wood and the wheels). Double-tap a trigger and you’ll switch sides, placing your right foot forward rather than your left, which also inverts all of the analogue stick controls.

To push off, you press whichever one of the face buttons corresponds to the foot that’s nearest to the camera. Are you following? To grind a rail you push forward with the stick that controls your left foot just as you land on a rail, or backwards with the stick that correlates to your right foot as you land, or forwards with your right foot-stick and backwards with your left foot-stick if you’re skateboarding in the inverted “goofy” style. Yes? Good. What? 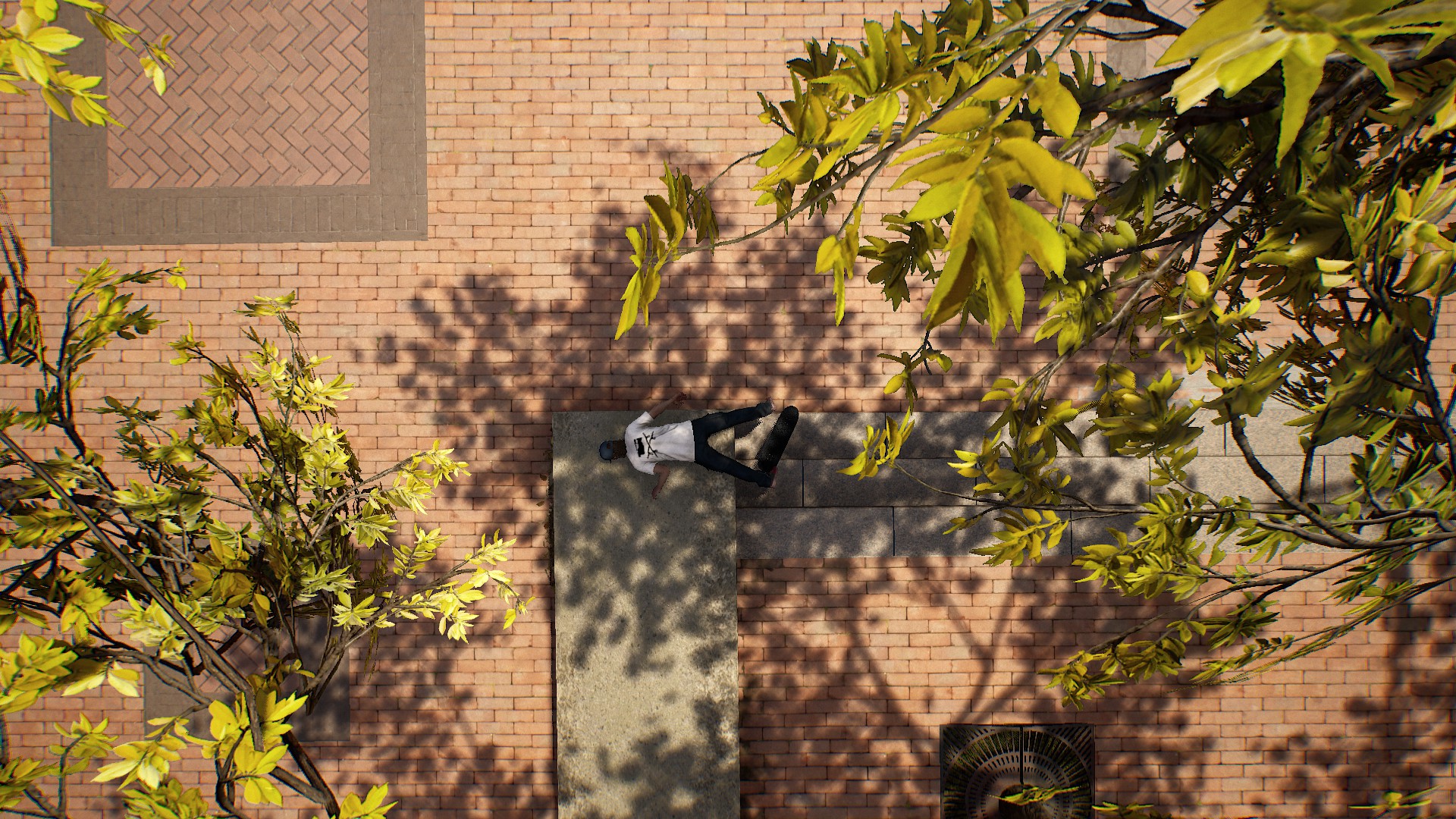 If it sounds too complicated, well, it is. Deliberately so. Tony Hawk’s Pro Skater (developed by Neversoft, and not meticulously hand-coded by Tony Hawk as the title would suggest) was released for the original PlayStation in 1999, exactly 20 years ago this month. It was a time utterly unlike today, back when we all wore loud shirts and watched Friends and listened to Weezer. Tony Hawk’s Pro Skater single-handedly codified the movements of real skateboarding into a set of simple arcade controls that anybody could grasp and eventually master.

But Session. Session is the QWOP of skateboarding games, and while efforts to map the physical positions of the player’s feet to the buttons of the controller are interesting, this is far from an intuitive way to control a skateboard if the goal is to have any fun at all. Further frustrating matters is your boarder’s tendency to ragdoll at the mere sight of a shallow kerb, or to glitch out and catapult themselves into the sky unexpectedly during the rare occasion you actually land a grind.

This early access version is still super rudimentary too, comprising one abandoned free-roaming sandbox with just a few basic moves available. You can jump, grind and kickflip, but there are no grabs yet, and the strict adherence to po-faced realism prevents you from doing anything that could be conceivably considered gnarly, like grinding along telephone poles or freaking out the school principal. 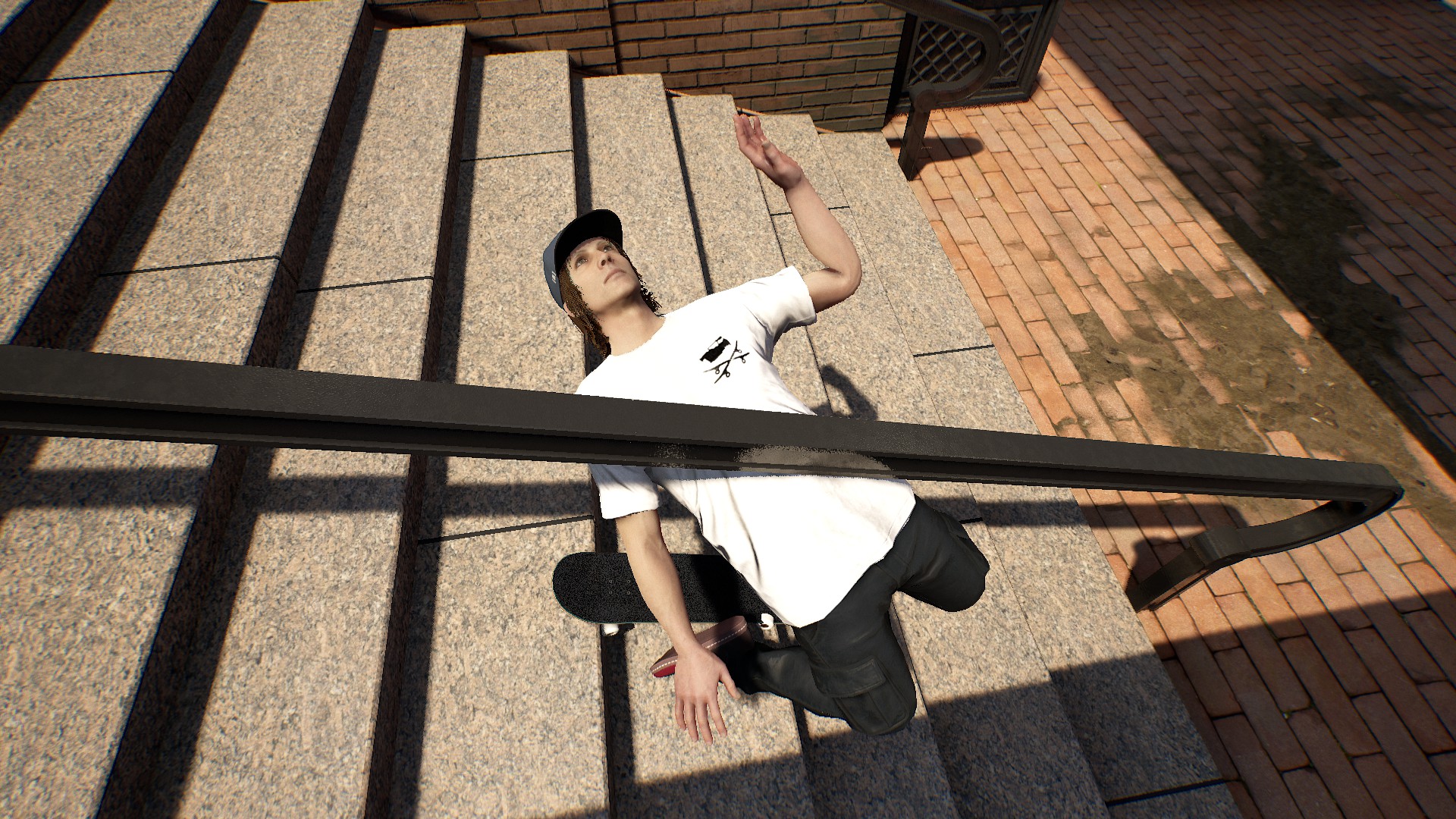 With Tone, the esoteric finesse of actual skateboarding, with all of its delicate footwork and balance and associated risk of fractured tibiae and shattered coccyxes, could be appreciated while sitting safely in front of the television. Nosegrabs and grinding, ollies and kickflips, all of it could be deftly articulated with just a few well-timed button presses. For many people (including me, who at the tender age of twelve skidded on my face for two feet after attempting the complex skateboarding trick of “making it go forwards”) this was as near to the real thing as we cared to get.

In contrast, Session feels back-to-front: so unblinkingly focused on the technical side of riding a skateboard that it's overlooked everything that makes rolling around on a board actually fun. There’s plenty of room for skateboarding games less arcadey than anything with a Tony Hawk face on it, but this early version of Session is a bleak, sterile thing, and one that only serves as a painful reminder of my own lack of talent in most physical activities.