Black Desert Online developers Pearl Abyss are in the process of branching out of their MMO roots, having announced a clutch of new games this week. But while they might be working on games as far removed as a shooter and a cutesy monster catch ‘em up, it’s Black Desert’s battle royale-esque spinoff Shadow Arena that’s furthest through development. I got my hands on it at G-Star in Korea, and talked to lead producer Kwang Sam Kim about how it takes as much inspiration from Tekken as it does Playerunknown’s Battlegrounds.

Some parts of Shadow Arena will be familiar to anyone who’s ever hopped into a battle royale match: 50 players enter and attack one another in a rapidly decreasing play area until only one is left standing. But not everything is so straightforward. Before you figure out where you’re dropping, you’re going to have to figure out who you’re dropping as. So far, there are six characters announced, each with their own abilities. And once you get into the game, you’ll spend most of your time, particularly early in rounds, fighting low-level mobs rather than other players.

These mobs provide experience, which will let you choose which of your skills you want to improve, and equipment, providing various bonuses. Unfortunately, during our playtest the game client was set to Korean, so I can’t be perfectly specific about any of these abilities. It is a good experiment in how intuitive the game is, though, and I managed to figure out what I was supposed to be doing, or at least a fairly effective way to hit the half-dozen cooldown-restricted abilities my stealth-focused hero Haru had available, even if I wasn’t entirely sure what effect they were having beyond chipping at enemy health bars at varying speeds. (VG247’s Lauren Aitken clearly picked it up even faster, killing me in both of our games while playing the mage Herawen, but more on that later.)

Kim also sees the action genre as a natural spinoff of the abilities available in Black Desert. Shadow Arena was originally a mode within the MMO, but they decided to make a standalone game so that the action elements they were excited to develop didn’t end up “affecting the gameplay” of BDO.

Pearl Abyss also hope that cutting it from the baggage of Black Desert (including, Kim notes, the literal size of the game’s download) will encourage new players to try the game. “We hope that everyone can join in,” says Kim. He also notes that the PvE elements should be welcoming to newer players. “If you can’t play PvP consistently [well], it can be fatiguing...realising your lack of control,” he explains. In other words, if you die in Shadow Arena - say to a Herawen gone rogue - at least you had fun killing some creatures in the meantime. 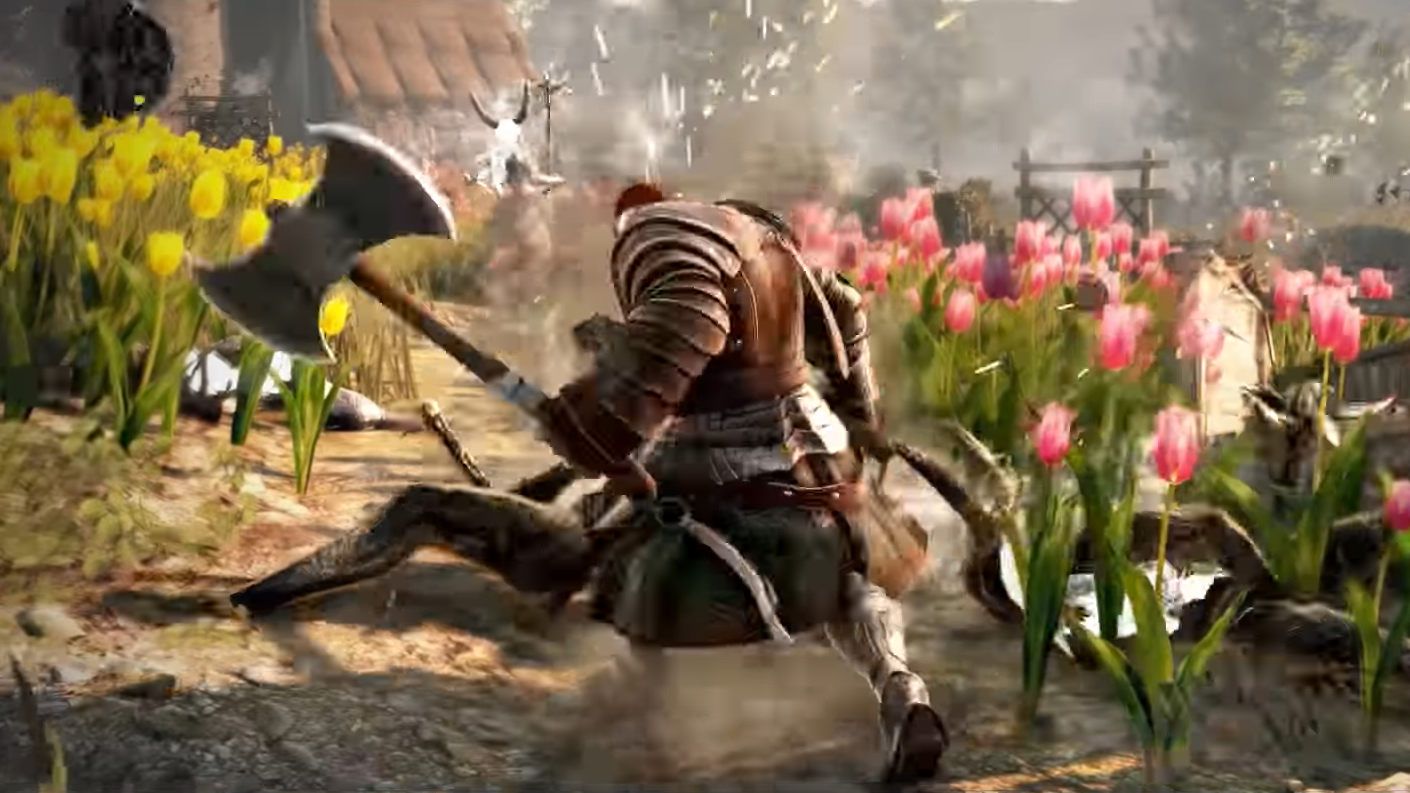 Kim uses Herawen as an example of how they’re trying to balance the game, so that characters have strengths and weaknesses in different situations to avoid any one hero being over- or underpowered. “She can cast a spell from a long distance [away],” he notes. “So some people think this is too overpowered, but if you go into a melee fight, she is super weak. So [other] people think, ’how can I use this character, she’s so difficult!’”

He suggests that some playtesters have assumed Herawen is only good as a support in the “teamfight” mode they’re planning to add to the game, a three player team-based version where each player must pick a different character. This, as I mentioned, was not my experience facing up against Lauren. “She can actually do 1 vs 1,” Kim assures me, unnecessarily. She might be a good pick “for someone who’s going to play a bit dirty,” he suggests. I agree.

My grudges aside, Kim explains how Herawen also demonstrates the flexibility afforded by the different level up options in each characters’ kit. Pouring points into one specific part of her skill tree will allow you to set up a healing base - a literal tree, in this case - outside of the playable circle and outheal the damage you’re being dealt while taking potshots at those inside. A good character for those who want to play dirty, indeed.

Kim’s favourite, though, is Yonghwa, who he says “feels like a Tekken character.” Jason Jung, who is the lead producer for Pearl Abyss’s recently announced RPG Crimson Desert but was also present in the interview, had mentioned in an aside that fighting games like Street Fighter and Tekken were inspirations for Shadow Arena, so I asked how they carry over.

“When people think about these kinds of [fighting] games, they often think that making combos for massive damage to other players is the key point of the game, but I would disagree,” says Kim. Instead, he explains, they’re all about decisions and timing. “You can combo, but that’s a result of your decisions. The most important part is your decisions to move left or right, inside or outside.”

He wants Shadow Arena to have the same feeling. “That’s why I removed the guard,” he adds. “You can guard with just one character, Jordine. Jordine can guard with the shield [because that’s] his own characteristic skill. But other characters can’t guard, because in an ordinary side view PvP game, like Street Fighter or Tekken, you must decide with the guard, stand guard or crouch guard, you must choose, you must decide. But in this kind of game, [there’s only] one guard. With one guard you can block everything. So you have no choices at this time. I don’t think it’s good design, so I removed it.” 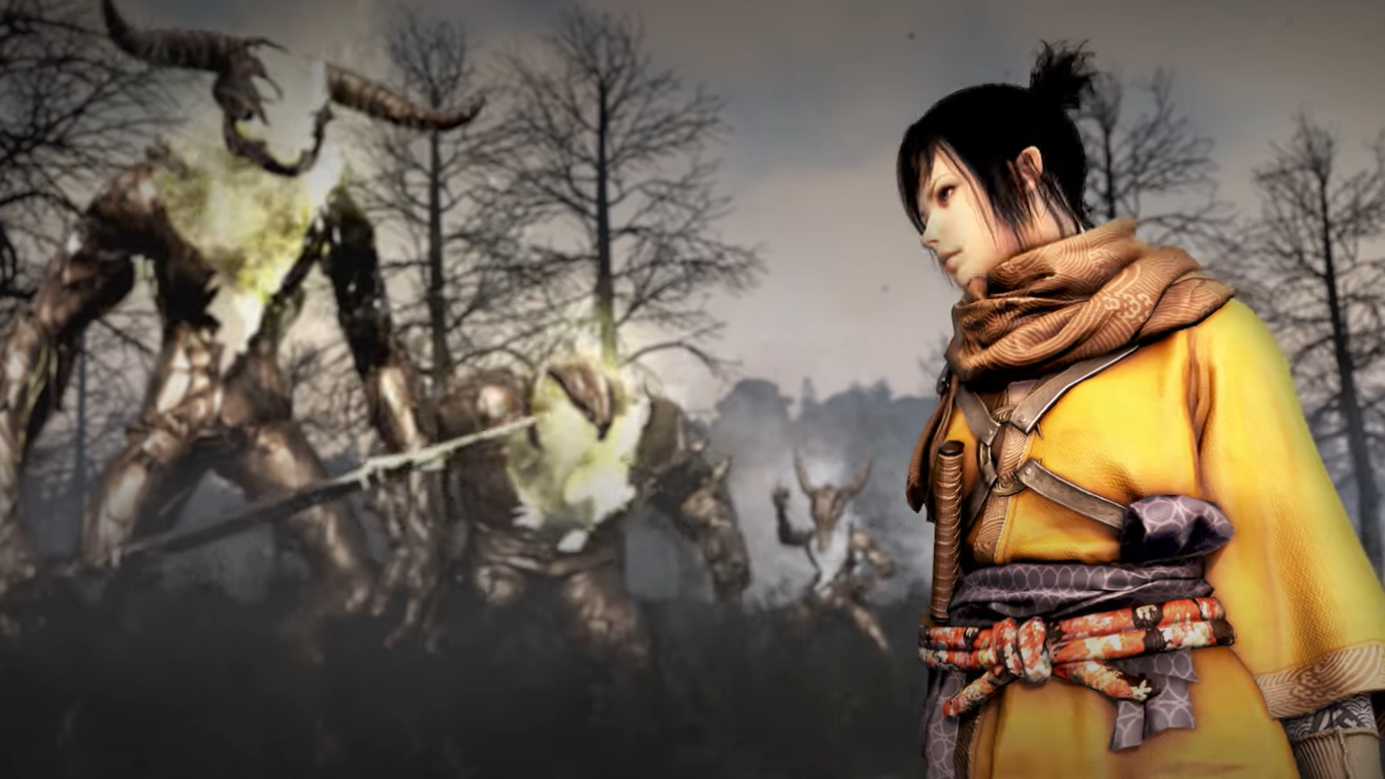 Some of the heroes, like Jordine, will be familiar as NPCs to Black Desert Online players. Kim is also the MMO’s lead story writer, which he says puts him in the right position to decide who makes the leap. “We want to show a different side to some [familiar] characters,” he explains. “I wanted to add some side stories to [the world of] Black Desert Online, so that some characters can be seen as multi-dimensional.”

Shadow Arena will also tie into a new story thread coming to Black Desert Online that will last “several years,” so while it might court new players with its easier entry and different format, BDO players will likely want to try it out at least to get it’s angle on the calamity affecting the world. New characters introduced in Arena may make their way over to Black Desert, too.

There may be plenty to choose from, as Kim says they’re prioritising “constant addition,” of characters. That’ll include more ready by the game’s launch, too (as asked by Lauren in our joint interview. Thanks Lauren. I forgive you your murder crimes). There’ll be more maps eventually too, with their own mob designs and the like.

For now, Shadow Arena will have a closed beta (including in English!) from Thursday the 21st of November until Sunday the 24th of November, so if you’re interested, you can sign up at their website.