It's probably safe to assume that most people interested will by now have exhausted The Elder Scrolls V: Skyrim's many quest lines, become the Dovahkiin, and slain Alduin. If you have, you might now want to delve into the inner workings of Skyrim to use the various console commands on offer to really break things.

We're not going to list every single console command in Skyrim, because there's so many that have mundane effects that alter small and relatively insignificant things in the game's world. Instead, we've gathered the console commands and cheats that are most significant, useful, game breaking, and above all else: fun.

How to enter Skyrim console commands

Console commands in the PC version of Skyrim are surprisingly easy to enter, but knowing which key on your keyboard layout you use to even access it is the first big hurdle. On a UK keyboard, this is the "grave" key, while the US keyboard has this as the "tilde" key. Regardless of which layout you use though, it's the button above the TAB key and next to the number 1. This brings up the console command.

There are a few things to note. First and foremost, do this on a new save. If you're just messing around, you don't want to permanently damage your save file. Secondly, a lot of the commands require some knowledge of the values assigned to items, perks, NPCs, and more. Should you wish to know the value of a particular perk for example, you can enter "help <Keyword>" without the tags to get a list of all the codes associated with that key word. For example, "help Regeneration" will bring up the values for the regeneration perk and a few items labelled with "regeneration" attached to it.

Not all of these console commands are created equally, after all they're console commands that weren't originally intended for players to use. Still that doesn't mean that there aren't some that will benefit you for using. Here are the ones that seem the most useful for those looking to get into the good stuff immediately. 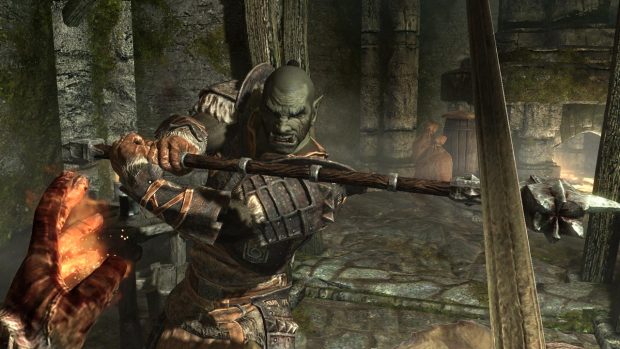 Some of these codes require a little more thought when entering them, requiring a certain value. This value is the difference between having more or less of a particular skill, cash, or modifying the value of your carrying weight limit. In order to make this as simple to understand as possible, whenever you see anything in tags, it refers to a word you put in. Whenever you see #, it's a numerical value. It's advisable that before entering any code of this nature that you know what you are looking for. You can use the "help <Keyword>" command to assist you further.

This is where we're putting the least useful of the codes available. This doesn't mean that all of them are bad per-se, in fact some of them can lead to some interesting things to look at. However this is also where some of the more game-breaking ones will turn up and you should probably avoid using them.