Click here if you have Steam. What's downloading is a true space oddity. Spacewar! was one of the first multiplayer games ever made. It was made before we landed on the moon, in 1962, and it ran on the PDP-1, MIT's supercomputer.

It's a space shooter with two ships firing at each other. There's a black hole in the middle, adding some gravitational trouble to the game. It’s very basic, but it’s also one of the most played games on Steam. It started out as an example for developers using Steam's SDK, but it has ended up with a far more nefarious purpose.

It isn't really meant to be played. If you search for it on Steam, you can’t find it. You have to know it’s there to install it. It's used as a sample to demonstrate various aspects of Valve's Steamworks API, such as achievements. Despite this, it regularly appears on Steam’s top 100 most played games. In fact, as I’m writing this it’s at 4398, above other space games such as Eve Online and Space Engineers. I loaded it up and saw a host of lobbies, but no-one listed in them is playing the game. They're just sitting there.

It’s not on Steam’s Top 100 because people are playing it, but because they aren’t. Spacewar is a Trojan horse that pirated games use to get onto Steam. It's quite a neat little scam. Pirated games that require Steam use Spacewar's appid to sneak their way onto the service. Steam thinks they're using the SDK, but really the players are sneakily playing a new game in Spacewar's clothing.

This is what Spacewar's screenshot page looked like in 2013, but there's no community page for it now. 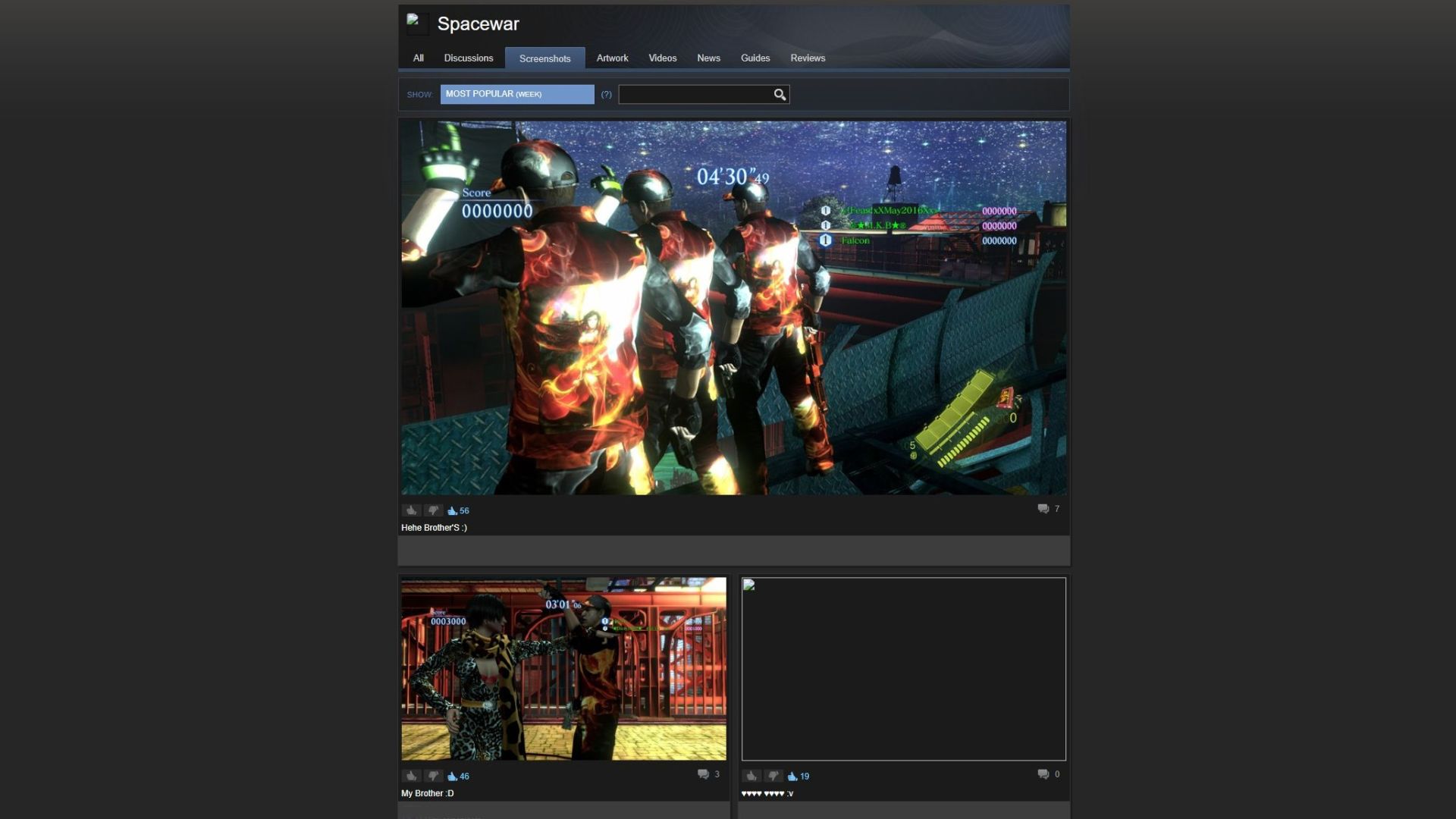 It makes me sad that the community page is gone, because it was a self-promoted wall of shame for every brazen pirate out there. I used to enjoy loading it up and to see a patchwork of piracy. Valve didn't stop people from using Spacewar to sneak onto Steam, they just stopped people bragging about it.