Welcome back to Spawn Point, where we take an element from the world of gaming and explain what it is, why it's worth your time and how you can dip your toes in and get involved. Last time, Brendan gave you a 101 course in Final Fantasy XII, a JRPG that recently got spruced up for PC twelve years after its original launch on PlayStation 2. This time, however, I'm going to be looking at JRPGs as a whole, discussing what they are and which ones you should try your hand at first if you've never played one before.

So what's the J bit all about then? Japan. Ever since the dawn of time, RPGs (or role-playing games) have, for some reason, been split into two distinct flavours. Those that come from Japan, and those that don't. You can often identify a Japanese RPG by looks alone, in that it usually looks like a walking, talking anime. You know the sort. Big eyes, big heads and even bigger hairstyles that defy all laws of gravity. This isn't the case for all JRPGs, mind. Some, like Final Fantasy XII and the upcoming Final Fantasy XV, have adopted a more realistic look to help make them more appealing for us western folk, but there's still a fair chunk of them that are anime games through and through.

Anime games, gotcha... *wink* NO, bold font. While it's true that some JRPGs focus on *cough* more mature subject matter, they're but one subset of this huge genre and are far from the best it has to offer. And before you ask, this isn't how the term 'level grinding' was coined either.

Uh, grinding. Now I remember why I hate JRPGs. But it doesn't have to be this way, I promise! Just look at Recettear: An Item Shop's Tale, which turns all JRPG conventions on their head by putting you in the shoes of one of those cunning shopkeeps who are always rinsing you for money. An "ingenious" game that's actually "Diablo in disguise" was wot Alec thought back in 2010, whose core systems are so "massively compulsive" that any sense of grinding goes straight out the storefront window. 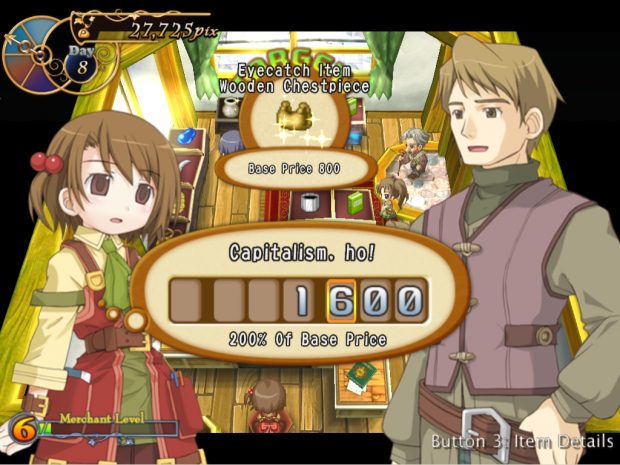 All right, I'm listening. But what about if I want to be the adventurer bod that does all the murdering? Then you're very well-catered for, as this is essentially what all JRPGs are about. That, and crystals, apparently.

Sweet. But I don't want any of this turn-based lark. Or random battles. Then I suggest you ignore every Final Fantasy game up until Final Fantasy XII, because all of those are turn-based central. A good place to start, in fact, is Tales of Symphonia. It's pretty traditional as JRPGs go, not to mention a little old now considering it originally came out on GameCube back in 2003, but its real-time combat system has always been very easy to get to grips with. All you've got to worry about is controlling the main character, as the rest of your party is handled by the game's capable AI. You can pause the action to issue specific commands and change your equipment, too, in case you need to change your strategy. Even better, all monsters roam the map in plain sight, so you don't have to fight them if you don't want to.

What about something from this decade? Tales of Berseria is the latest game in the series, but for beginners I'd recommend I am Setsuna.

Satsuma? Set-su-na. Another thing you should know is that almost all JRPGs have ridiculous names. 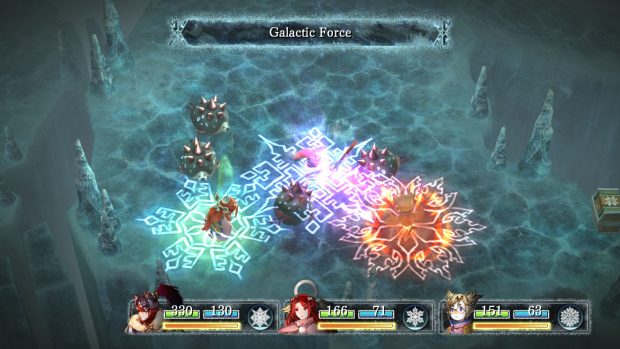 Setsuna, got it. Yes. It's not without its flaws, but it's still a great introduction to classic JRPG tropes. Here, battles are a blend of real-time and turn-based actions. Once your characters' respective active time bars fill up, you can issue an attack command. That's the turn bit. While you're choosing your attack, however, time will carry on, so too much dilly-dallying will allow monsters to get the jump on you. Its party-wide combo attacks also make it the closest thing PC has to the vastly superior granddaddy of JRPGs, Chrono Trigger (which sadly still isn't available on Steam or anywhere else yet).

That sounds stressful. Maybe something turn-based would be better after all. Welcome to Final Fantasy IX, friends. I mean, everyone knows Final Fantasy VIII is the best Final Fantasy, but even I'll admit that its Junctioning system is a bit barmy for someone who's never played a JRPG before.

But what about Sev- Ugh, talk about overrated. Final Fantasy IX, on the other hand, is lovely. The characters are great, the music's fantastic, the fighting's brilliant, and the main villain still manages to be threatening despite wearing a pair of Speedos for 90% of the game. 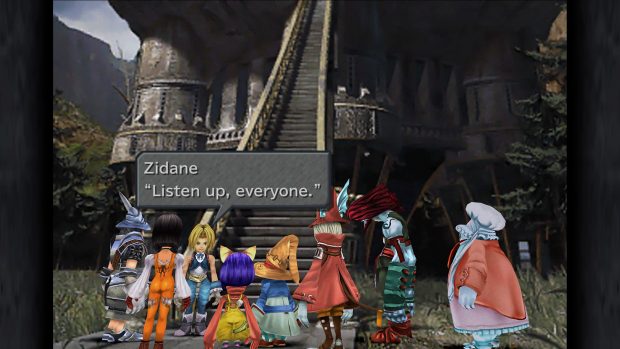 Err… Alternatively, Final Fantasy X is an equally good starting point, which recently got remastered for PC and is easily the second best Final Fantasy after VIII. Fact. In that one the main boss is a giant whale who also happens to be -

I'm going to start whaling on you in the a minute if you don't stop this Final Fantasy chat. All right, all right. How about a bit of Valkyria Chronicles, then?

Valkyria what now? This one's a tactical JRPG that's also a third-person shooter. 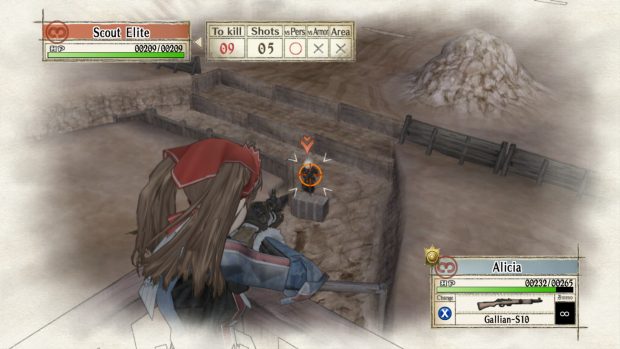 GO ON. Not only does this game look stunning, like a living, breathing watercolour painting, but it's also about WAR and manoeuvring GIANT TANKS on the battlefield. Think XCOM meets World War II. Movement, which is controlled by an action bar, takes places in real time alongside incoming enemy fire, but proper attacks are turn-based. Here, you've got full control over where and who you shoot, which only grows more complex once you start adding units like snipers, engineers and those aforementioned tanks into the mix. Once you've used up all your actions, then it's time for the enemy to move in and attack.

Can I go now? You are dismissed.