Alrighty, so as you may or may not be aware, about a month ago The Sims 4 got a massive update ahead of the Eco Lifestyle expansion. As well as adding firefighters, ladders, and Sims peeing fire (which was apparently a bug and not a feature), it added some new Mac makeup for CAS (aka Create a Sim, where you make your digital puppets).

The community reaction to the new makeup was, err... mixed at best, and in particular, people did not like the Sperm Eyeliner.

I will say up front that I don't know what makes the Mac makeup collection particularly Mac-y. I have seen it alleged that it was designed in conjunction with someone from Mac. Maybe it is a perfect colour match for some of Mac's shades. I dunno. It's just Mac makeup that everyone got for free, whether they wanted it or not - sort of like that time that iTunes gave everyone U2's new album. People in the community had wanted some new official makeup for ages. Alas, they do not like the new Mac makeup. 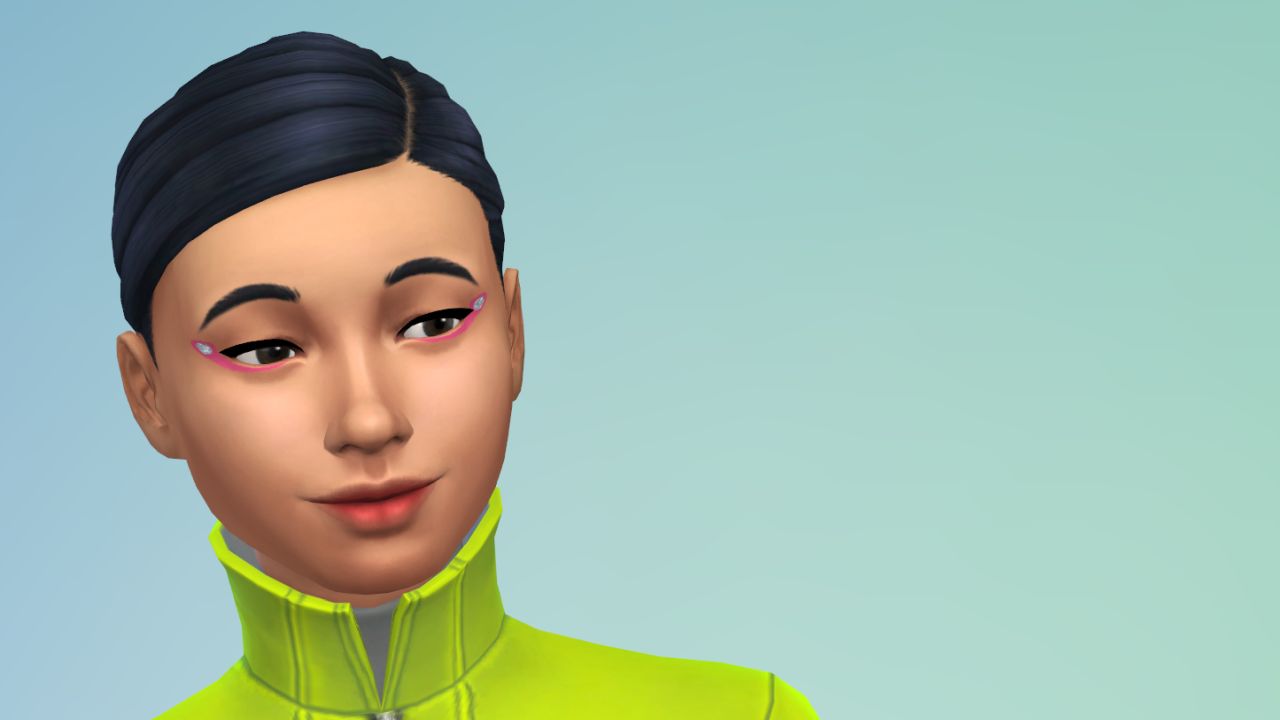 So hated is the Sperm Eyeliner that there are already two sperm-specific mods to get rid of it. One, No Sperm Eyeliner For Random by "plzsaysike", removes it from randomisation, so you won't see it on any Townie NPC Sims the game generates. Sperm Be Gone by "impishims" replaces it entirely, putting a coloured wing eyeliner in its stead. This is just as well. As Reddit user "igetthatnow" comments, "The sperm eyeliner is a nightmare that will haunt us on every townie from here until eternity."

Though the Spermliner seems to be a focal point because it is so ridiculous, people are unhappy with the set in general. It's a weird mix. I actually like some of the eye shadows, some of which have a nice kind of "light inner corner blending out to dark shades" type of thing going on, and the soft smudgy ombre lip thing is genuinely very cute. 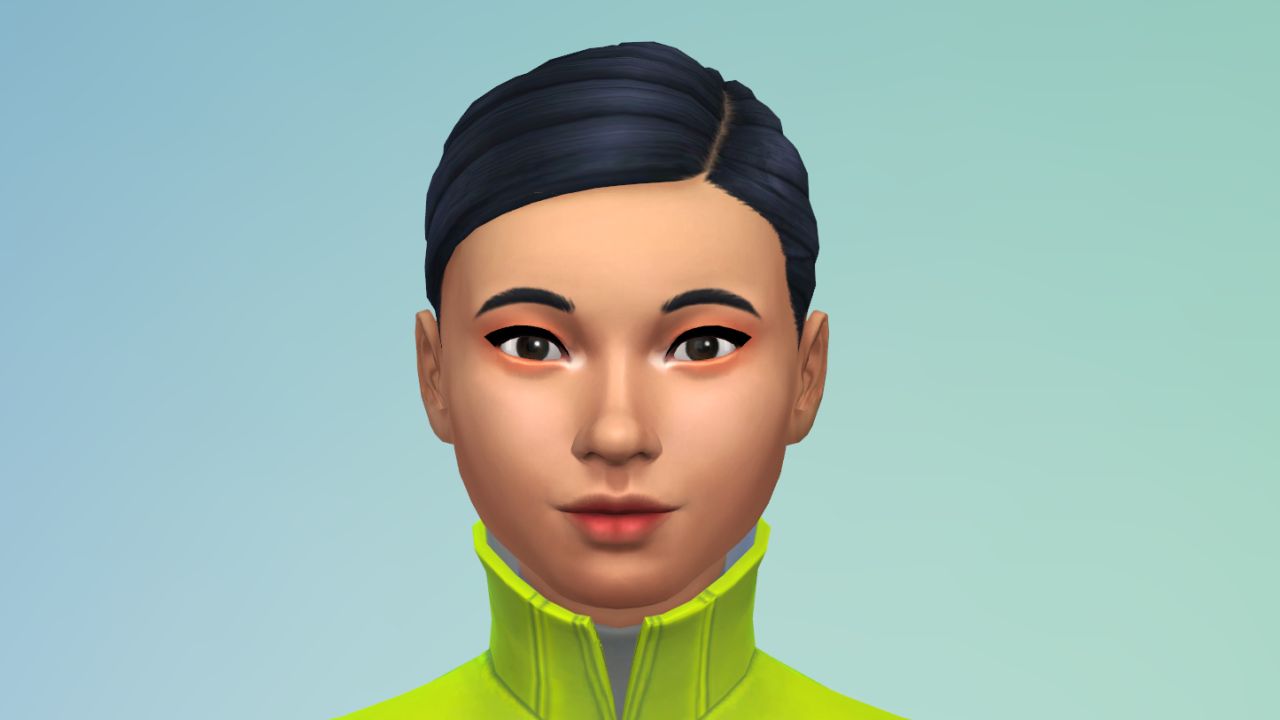 This kind of normal-ish stuff only accounts for about half of the new Mac stuff, though. The other half is like some kind of avante-garde-esque nightmare, with two tone lipsticks and eye shadow that is a big smear over one half of the actual eye, thus: 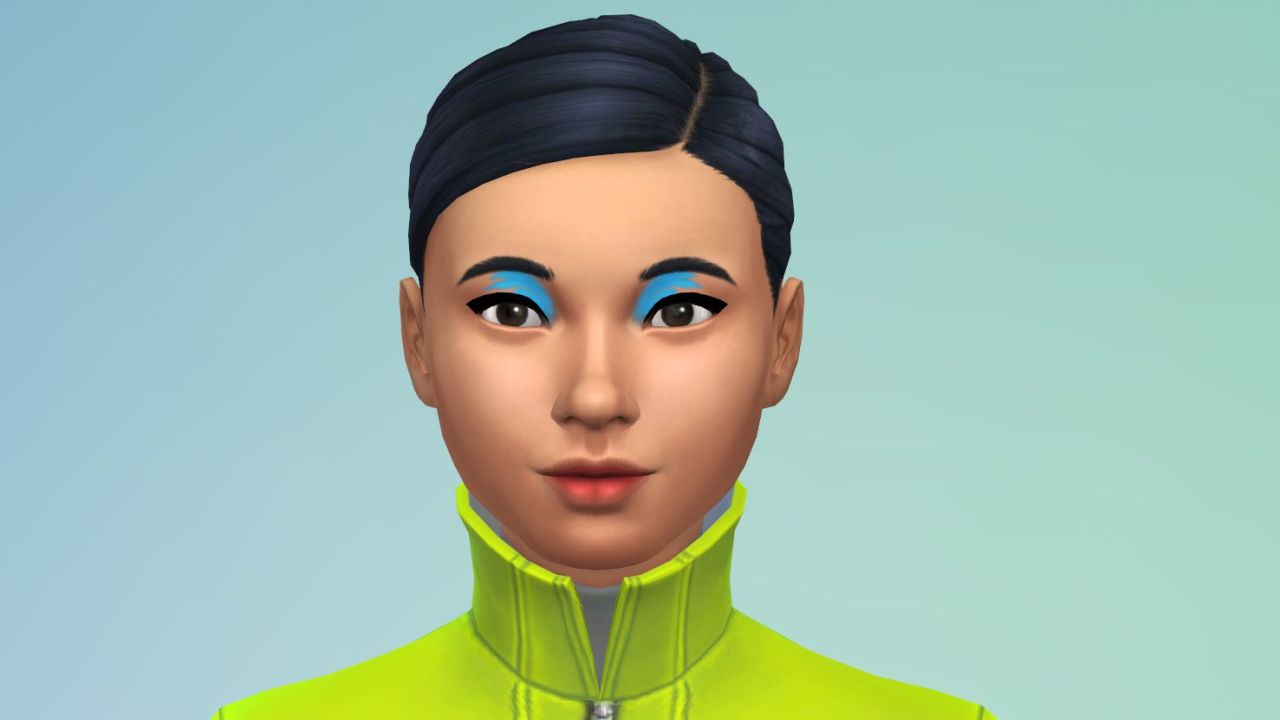 There's nothing really currently fashionable or suitable for every day, which is really what most people were hoping for. What they got was some weird high-concept catwalk stuff that doesn't look good on darker skin tones. And, as was pointed out by Reddit user "Guinydyl", bit weird for a collab with a makeup brand that isn't cruelty free just in time for your Eco-friendly expansion.