Taron Malicos is my pick for the most enjoyable boss fight in all of Star Wars Jedi: Fallen Order, and it's not just because I managed to defeat him extremely cleanly on just my second attempt at Jedi Master difficulty. Our Star Wars Jedi: Fallen Order Malicos boss fight guide will walk you through this dangerous dual-wielding former-Jedi's many attacks, and how to gain the upper hand in this epic duel of the fates. 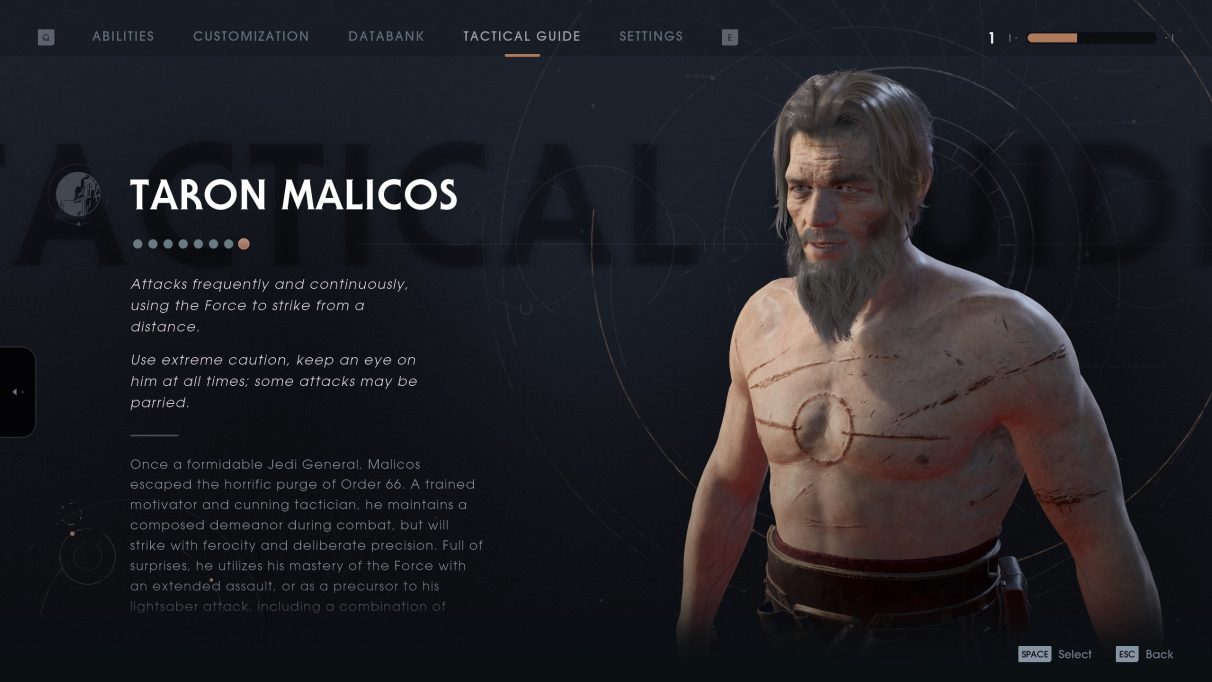 Dathomir is where you must go to find Malicos - but when you first meet him (SPOILERS!!!) you'll know him only as a mysterious robed, bearded stranger hanging around outside the old ruined temple. Return to this point later in the story (after heading to almost every other planet in the galaxy), and you'll come across the stranger once again, this time revealing himself as Taron Malicos, former Jedi now seeking the dark secrets of the Force within the old Night Sisters' temple.

Unfortunately, your lightsaber has become a little worse for wear at this point, so you'll need to go fashion a new one before heading back to face him. Once you've done that, head into the temple, and the Night Sister Merrin will guide you towards this powerful foe.

How to beat Malicos boss fight

More so than any boss fight that has come before it in Jedi: Fallen Order, defeating Malicos relies on expert timing and a heavy focus on deflecting his combos. Whenever he goes for a normal blockable attack, this is absolutely your time to shine. Deflect his first, second, and third attacks, and his stamina will be obliterated. You'll find he loves using this trio of blockable attacks, so get used to it - it's also your greatest weapon against him.

Another important tip I found in my short time fighting this boss is that you have the opportunity to get three hits in after depleting Malicos's stamina meter - but for maximum damage, you should do normal strikes for the first and second attacks, and then for the third, you should go for either the Split lightsaber attack or for the Leaping Slash, which will deal far more health damage than a third regular attack (for more info on the latter skill, be sure to check out our Star Wars Jedi: Fallen Order skill tree guide). 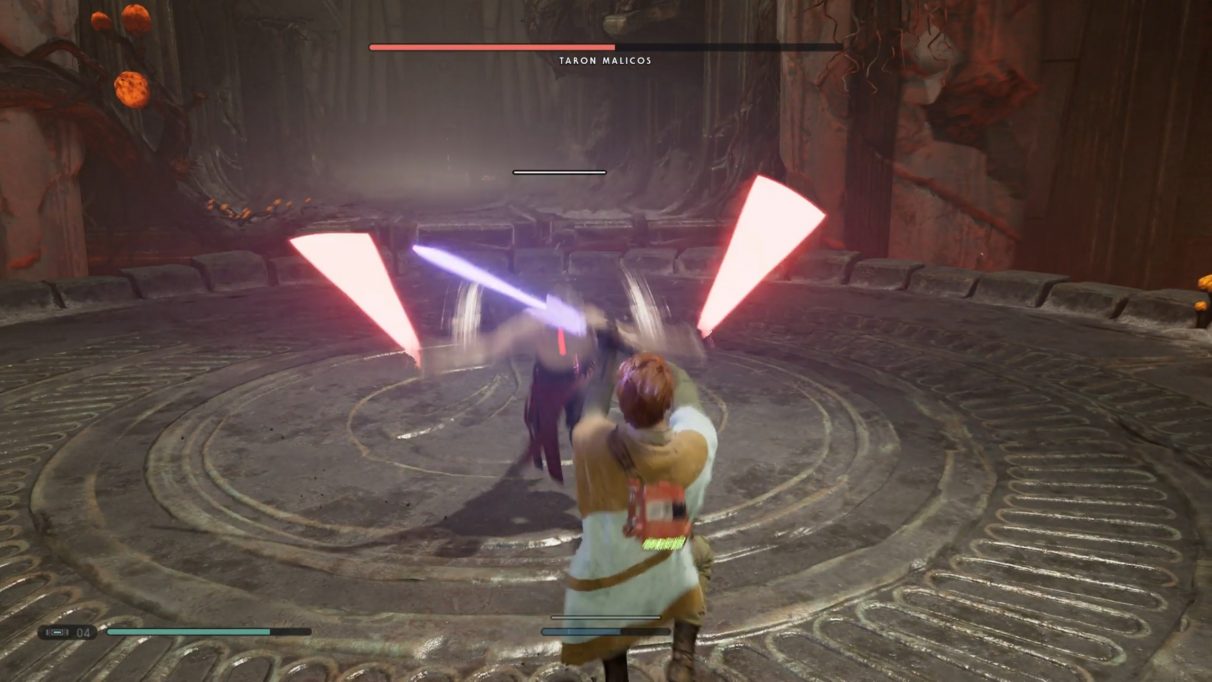 Otherwise, look out for Malicos's main unblockable attack (at least to begin with), which is a somersault followed by a chop with both lightsabers at once. It's fairly slow and easy to avoid by sidestepping or rolling away - and it allows you to get a couple of hits in while he recovers.

So far, so easy. But as you start to whittle away at Malicos's large health pool, he'll start to incorporate some trickier moves. One such move involves him throwing one lightsaber into the air and attacking you with the other, before using the Force to bring his thrown lightsaber down into another attack against you. It's rather unexpected the first time you see it, but don't get put off by this flashy maneuver - it's just another opportunity to deflect him and deal stamina damage. One good deflect on his melee attack will force him to immediately call down the thrown lightsaber; deflect it once more, and you've dealt with that particular attack perfectly.

He'll also start to follow up his unblockable somersault with a flurry of blows, so be prepared for this. Don't immediately press the advantage after the somersault. Make sure he's in full recovery mode before attacking with a good combo or Leaping Slash.

Another trick he pulls out of some orifice or another is the ability to pick up and hurl giant rocks at your delicate Jedi frame. At first he'll just pick up one rock and throw it, which is very easily avoided by rolling to the side - or, indeed, capitalised upon by using Force Push as it flies towards you to hurl it right back at him. But later, he'll pick up many rocks at once, and throw first one, then another, then a third, and finally three at once. The best way to avoid damage here is to put as much distance between you and him as possible the moment you see the rocks appear, because attempting to dodge all of them at close range is a rather difficult task.

Nearly done - just two more unblockable moves to watch out for, both of which tend to appear once Malicos is on the ropes. The first is a variation on his old familiar somersault, where first he'll throw both his lightsabers at you (both these attacks are blockable), but then very quickly follow up with his unblockable somersault. The idea being that you're so familiar by now with the rhythm of deflecting his trio of attacks that you'll attempt to do the same here, and get your ass handed to you. Be prepared.

The final attack is very similar in function and in its deceptive nature: he'll start with a quick combo of two wild swings, then finish with a spin and an unblockable attack that you must sidestep or roll to evade.

All in all, I found Taron Malicos to be a fairly easy boss to understand, which makes him easier to take down than certain harder-to-read foes in Jedi: Fallen Order. The thing you'll really need to get down is the ability to consistently deflect his attacks, and not getting distracted by his flashy lightsaber throws and rock-hurling.

And with that, I think I'll leave you to defeat Malicos yourself, which you hopefully are now far better equipped to do! But that's not all we have on Jedi: Fallen Order, not by a long shot. Whether you're after tips on another boss, or you're looking to understand another aspect of this extensive game, be sure to check out our guide series below.