When I first began playing Stardew Valley, it was predominantly a solitary affair. Not only because it was squarely a single player game, but because avoiding other people suited my playstyle just fine. I headed to Pelican Town to relax, farm, and mine, not to make friends. All I needed was the quiet of my crops growing and a good canine companion.

And yet, when Chucklefish announced that multiplayer would be coming, I immediately knew it was something I wanted. Still, I couldn’t have known exactly how good it would be until I played it in beta this weekend. 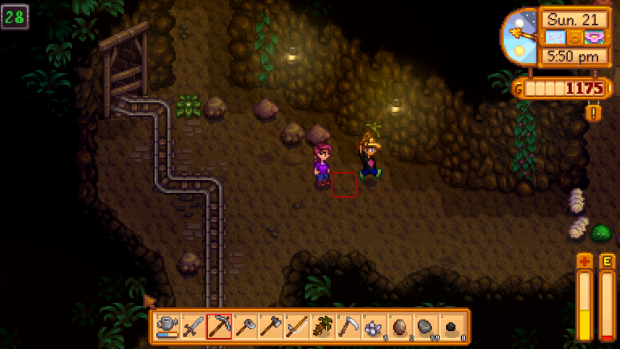 Multiplayer games are often facilitators for people to simply have something to do while they’re hanging out, and Stardew Valley might be the perfect example. The beta introduced an in-game text chat (complete with over 200 extremely good, thematically appropriate emojis), and playing using only that creates a cozy sense of community, where two to four farmers work towards a shared goal, talking occasionally but often going about their own business.

The chat also sometimes provides game updates to the whole group, like when a player donates something to the museum - or is caught digging in the trash. It’s a light touch that keeps everyone involved with what’s going on without being intrusive (although it doesn’t elucidate on some things that feel necessary, like what was bought when money leaves the shared pot). 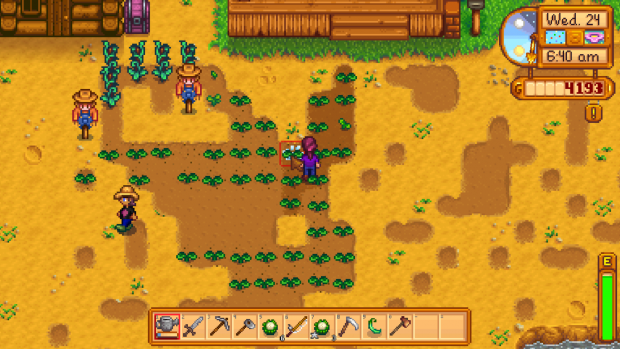 But where the game becomes electric is when your farmers are using a third-party voice chat. Without the level of concentration needed in other games, it allows for a calmer rhythm of conversation, interspersed with only the occasional cooperation needed to keep a farm running smoothly. But it also sets up a feel-good space where players aren’t under pressure, with no concerns about winning or losing. Combine that with the inherent comedy of another human-controlled player sprinting into view, barging past NPCs, with a vegetable held triumphantly over their head, and it explains just how much (and how hard) I ended up laughing throughout the two in-game seasons I barrelled through.

On the other hand, it is lucky it put me in such a good mood, because we did run into a slew of bugs. Some were minor, like fishing lines crossing entire screens as the game struggled to place other players where they were truly standing. Several horse animations and interactions were broken, especially between rider and onlooker, which is a shame as the newly added ability to give your horse a hat is truly excellent. 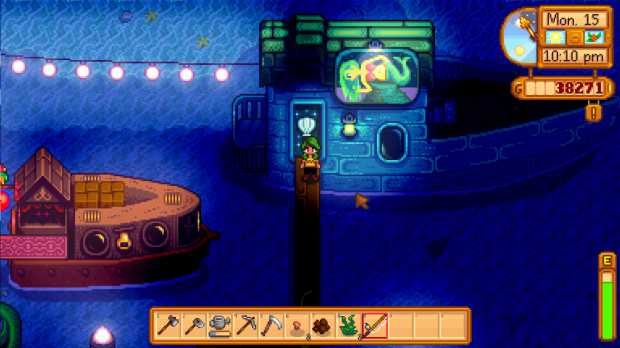 But other bugs were more serious. Once my farm lagged so badly that neither of us playing could reach our beds to rest for the night, though we could move fine elsewhere on the map, including within our own houses. Another time, my game (which was hosting) crashed to desktop, kicking out both other players.

To be fair, this is a beta, with further tests and, presumably, improvements to come. But that crash hinted at something which feels like a more fundamental problem: the farm is mine and my friends are only “farmhands.” 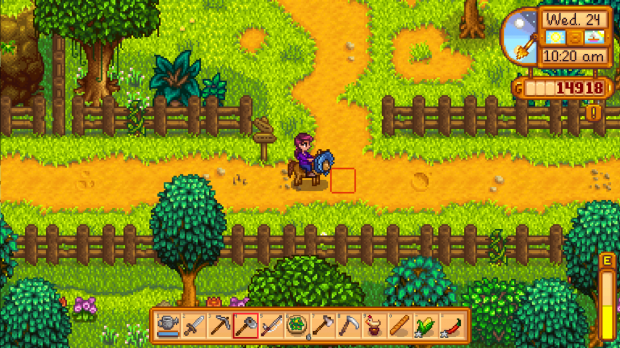 In-game, this leads to some minor inequalities. The farmhands’ houses are less grand, and decisions like naming the farm dog fall to the host. The host can also enter and progress the game while farmhands cannot, undercutting the communal fantasy and meaning that players will have to sync their schedules rather than weaving in and out as they please. It’s understandable that the developers at Chucklefish would set it up this way, but nonetheless unfortunate.

Additionally, which elements of the single player progression become shared or split between players sometimes feels random. For example, the mines yield a single chest on milestone levels, meaning only one person gets the slingshot or leather boots. Meanwhile, Robin will ask everyone to please find her missing axe; but if one player delivers it, another can head right back to the spot where they found it to pick up another and also net the reward. Similarly, everyone can collect the same items as thanks for donating to the museum, but only one item is provided for completing collection bundles. Some cutscenes whisk in all players regardless of what they were previously doing, others do not. 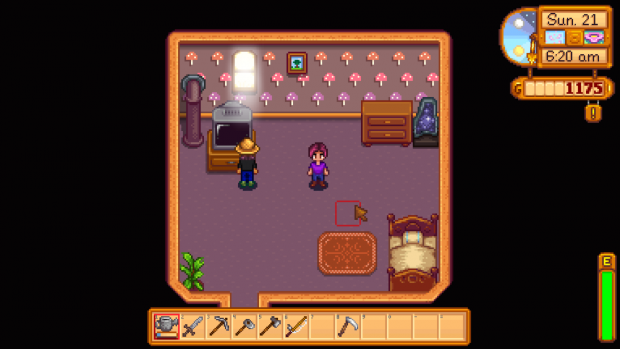 And yet none of this managed to undermine the joyfulness of the experience. Multiplayer Stardew Valley truly brings out the feeling of community that the single player tries to evoke and it led to a totally different farm life than the one I would have created alone. Encouraged to be much less conservative in my investments than I usually would have been, we ended up with a booming economy. But I also spent much more time just hanging out and fishing, an activity I largely ignored in all the previous time I spent playing.

However, the beta also adds things for solo players. In another save, I made a beeline to check out a new event: the Winter Market Festival. Like the game’s best event, the gorgeous Dance of the Moonlight Jellies, it takes place on the docks at night, but this time the visitors are merchants and entertainers rather than aquatic creatures. 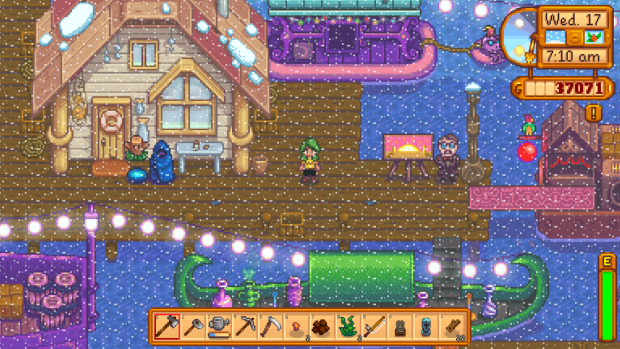 The festival brings a mish-mash of characters to town for its three day run. One merchant offers candy-cane decorations, while another can sell you a gravestone. Several mermaids put on a show, while an old man will instead invite you to take a trip in his submarine for a spot of underwater fishing. It’s mostly more of the fantastical charm that the game has led us to expect, though the dark-skinned character wearing a turban who does nothing but hand out free coffee seems disappointingly one-note, especially considering how few characters of colour are present in Pelican Town. (They were also bugged so that, despite accepting the coffee, I never actually received it.)

Again, all these things and more may be fixed and improved before multiplayer is finished. Chucklefish also promise more mysterious additions that players will have to puzzle out for themselves. A new collection quest spurred by strange events in town, character cutscenes that depend on secret conditions, and other hidden flourishes not yet hinted about.

Those who want to dive in and explore for themselves can access the public beta now - details on how to do so are on the developer blog.