As I drag my groggy-faced body to the monitor at 6.30 each Monday morning, I click the bookmark for my Steam Charts RSS and scrunch up my face so my forehead and nose curl over my eyes. How bad will it be? How familiar will the list of five-year-old games be? How will I think of... BUT WHAT IS THIS?!!?! FOUR new entries! Far Cry 5 taking up only one slot! No Witcher 3! No Skyrim! It's like Christmas, where Christmas is a day you just about get through without things being as bad as they were last year. 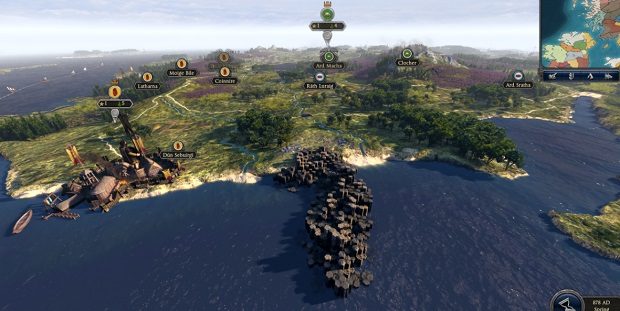 The first of CA's shorter entries into their Total War series pokes its nose into the charts a few days before it's released. Although for once these might be valid pre-purchases if Adam (sniff, waaahhhhhh) is right.

It's 878 AD, as it so often once was, and you want to be the king of Britain. And so you shall try, in a scaled down re-working of the concept. Which all sounds splendid, I'm quite sure.

(I'm saving my jokes about it being Total War for the elderly for next week, when it's out, so pop that in your diaries.)

This might have been given a boost by last week's idiotic and overpriced GTA V Premium Online Edition. Which means there's never been more need for:

Blimey, that's an odd one. I guess I'm out of touch with the masses to not understand why a wildlife hunting sim is popular enough to chart, let alone popular enough a year after release just because it dipped its price 33% for a few days.

I mean, yes, personally I think hunting as sport is grim, but obviously that has no bearing on those who enjoy it. But more in terms of how gaming offers these much more fantastical options for shooting pretend guns, and it seems mundane, bordering on asinine, to replicate the already pointless pursuit of killing wildlife. I mean, at least make the wildlife evil or something, give them red glowing eyes and a backstory that they're planning to take over the world.

The pricing on this one's interesting, set at £30, 30€ and $30, which is to say it costs almost a third more in Europe than it does in the US. I suspect that's due to its being far less likely to sell widely this rather less gun-happy side of the Atlantic, so they may as well get a more premium sum from those who are willing to get it.

You only have yourselves to blame.

I'm impressed with FC5's staying power. Normally big AAA releases like this take over the charts for a couple of weeks, occupying multiple spaces, and then just plummet out when the next big shiny bauble is released.

That this is still selling so solidly many weeks on, and this week for the first time occupying just one slot in the charts, can only mean it's raking it in for Ubi. So what will they learn about not putting the worst stories of all time into their games?

Being half price is what's done the trick for this year-old batshit crazy dystopia-em-up. It's still half price for another week, if you fancy it, down to £20, before which I can only assume there will be a sensible permanent top-end price drop to somewhere in the middle.

For those who've not yet, the grammarless NieR:Automata is a game about 2B and A2, a pencil and a very large piece of paper, and their - I dunno - drawing robots? I tried to play it, and bounced off it harder than a bouncy ball being thrown at a trampoline on the moon. 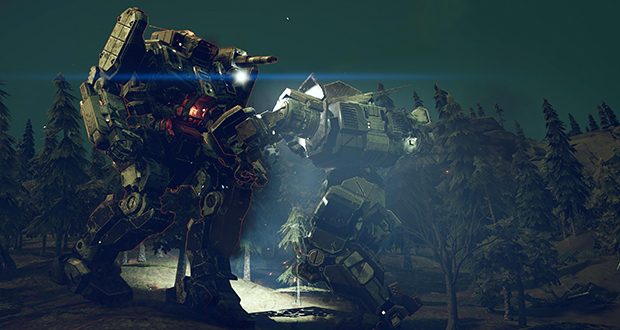 Will you enjoy giant-stompy-robots-me-do BattleTech? You'll have to choose between either listening to Alec, or to Alec.

In fact, reading both is by far the most helpful course of action, as Alec rather deftly captures the vastly more important experience of the disappointing first time through a sluggish and frustrating game, and the experience of returning to it from the start, having learned everything from the annoying first time. Having to go through the former to get the latter is, in my correct opinion, never good enough - COUGHTHEWITCHERCOUGH. But as you can see from a non-AAA game taking up two spots in the charts this week, it's not done its sales any harm. 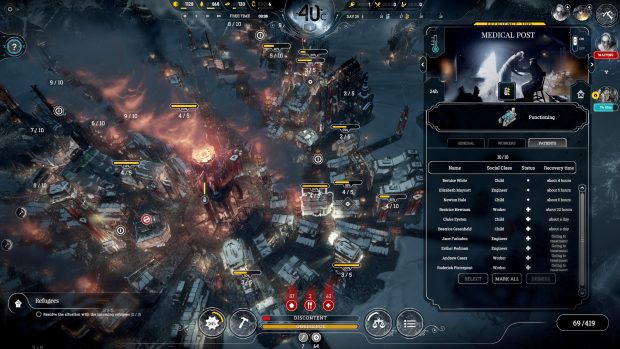 Congratulations to indies 11 Bit Studios for the enormous accomplishment of scoring the de facto top spot in the Steam Charts. They sold quarter of a million copies in less than three days, which is no bad going.

This is SimCity from a bleak and morbid snow-filled future, and you can read Xalavier's slightly tepid response here.

I know we've had The Books before, but this is Zammuto, so it's definitely different: