Hello person. This is the Steam Charts, the weekly round-up of the top-grossing PC games on the online store Steam. We write it cynically to collect your clicks, and then we take those clicks and we use them to poke innocent orphans in their stupid orphan eyes.

"But why don't you write this about Itch.io or GOG or something?!" Because that's not going to trick Steam users into clicking on this article in their Steam news feed, is it? And then how would we blind the awful orphan idiots? Think your complaints through for once, for goodness sakes.

Of course the future pain they've created for themselves here is Risk Of Rain 3. It's going to have to be in 4D. And none of this theme park "4D" where it wobbles your seat and occasionally sprays a bit of water at you. They're going to have to build a game that exists within time as well as space.

I suppose you could argue on some level that all games exist within time, but that's because you're needlessly smug. You know exactly what they have to do here. Hopoo Games know exactly what they've set up here. And for the record, some crappy, "But we made an electron appear to have shifted through time," nonsense, like the lazy, lazy physicists keep trying to get away with. 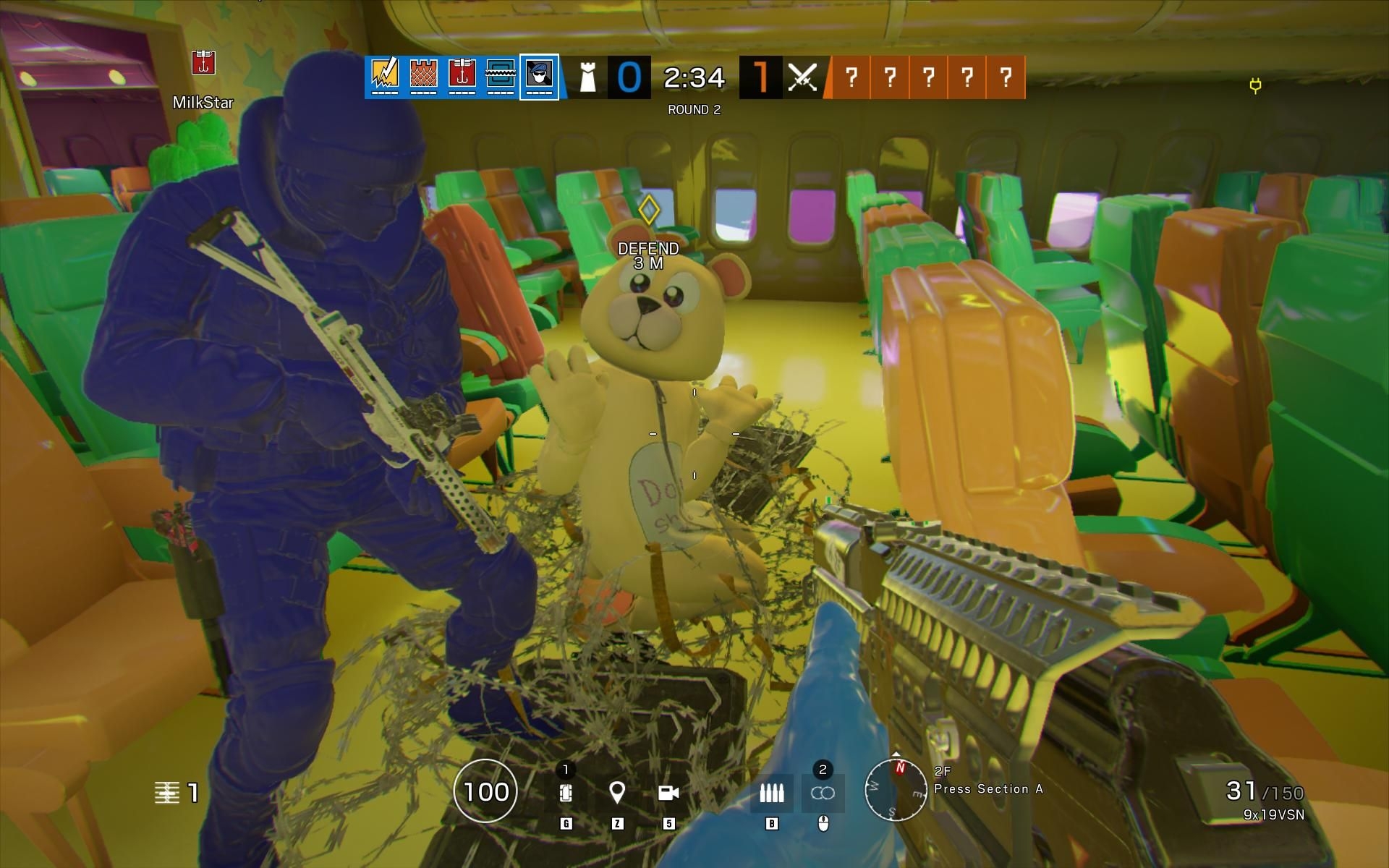 I've gotten bored of my own James Patterson's Ubisoft games running joke already. It was a fine joke - an equally hacky writer, whose name appears on dozens of dozens of books he's likely never read, let alone actually contributed to - that spoofed the silliness of this entire enterprise. But hey ho.

So I'll return to my happy place: jokes about Tom Clancy's rotting corpse developing games. He's of course working on Ghost Recon Breakpoint at the moment, and I suspect that his name on Rainbow Six Siege is, at this point, just a legacy thing, rather than his skeletal fingers having sloughed decrepit flesh on any keyboards related to its continued development in years.

There, that feels better. 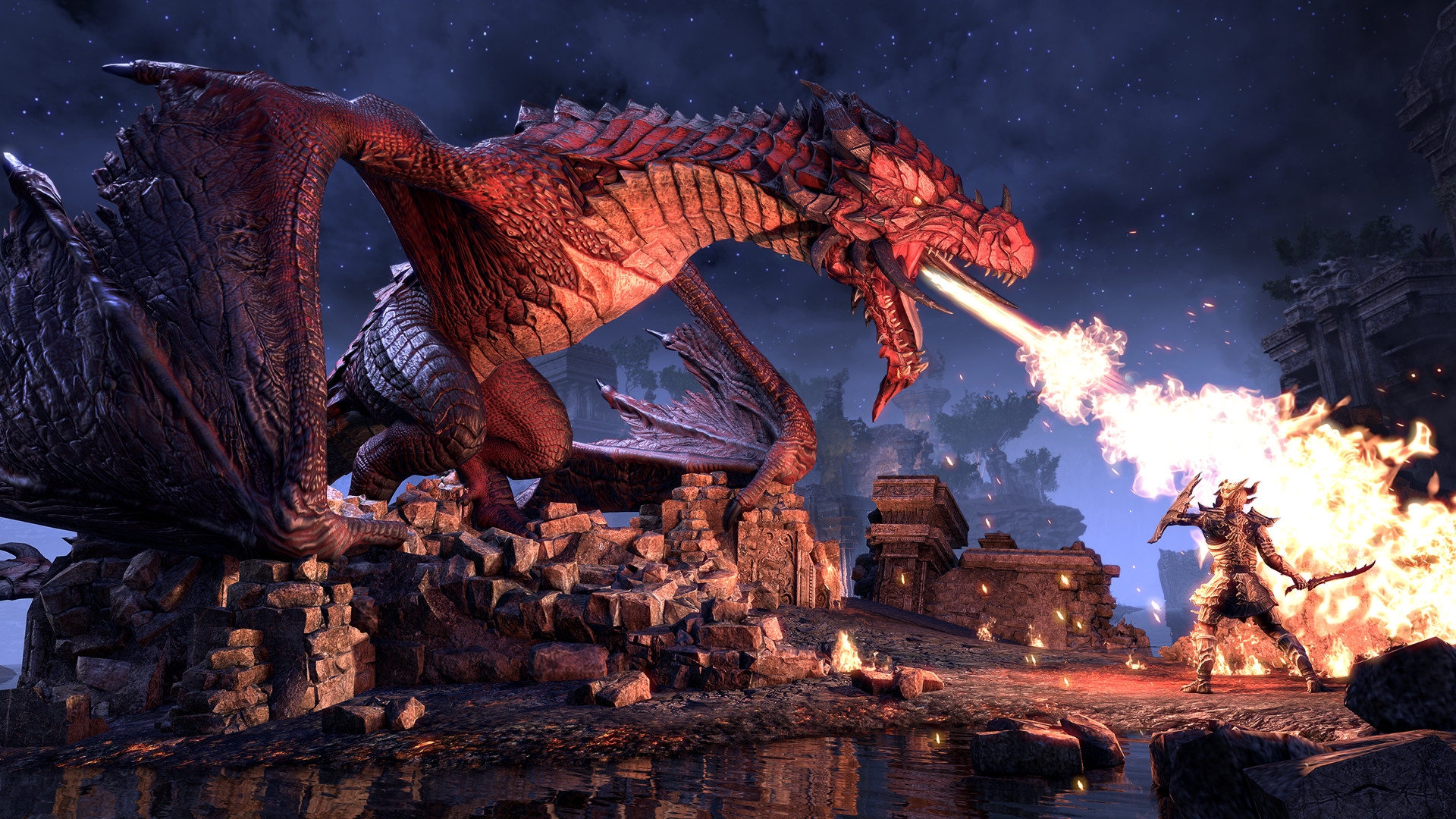 Number 10 is TESO pretend coins, and I'm not giving that its own entry, gawdammit. Ghastly. But still not nearly as annoying as "Elsweyr".

"Elsweyr" is the most self-satisfied, repellent, faux-arch smuggery that makes me want to snap a table leg in half and start waving it around menacingly in a busy bus station. It's so wretchedly clever-clever, except without the clever or the clever. SEE! IT SOUNDS A BIT LIKE...! It's the Piers Anthony of video games. It was someone in Bethesda, during the development of Arena, bored of making up pretend place names, thinking they would be JUST HILARIOUS. I hate it hate it hate it. It's even annoying to type. How dare it still be a thing.

No, YOU'RE unreasonably worked up about unimportant things.

Brendy for some reason thinks The Elder Scrolls VI: Hammerfell is going to be set in Elsweyr, but it's got "Hammerfell" right in the name, so that doesn't seem likely. 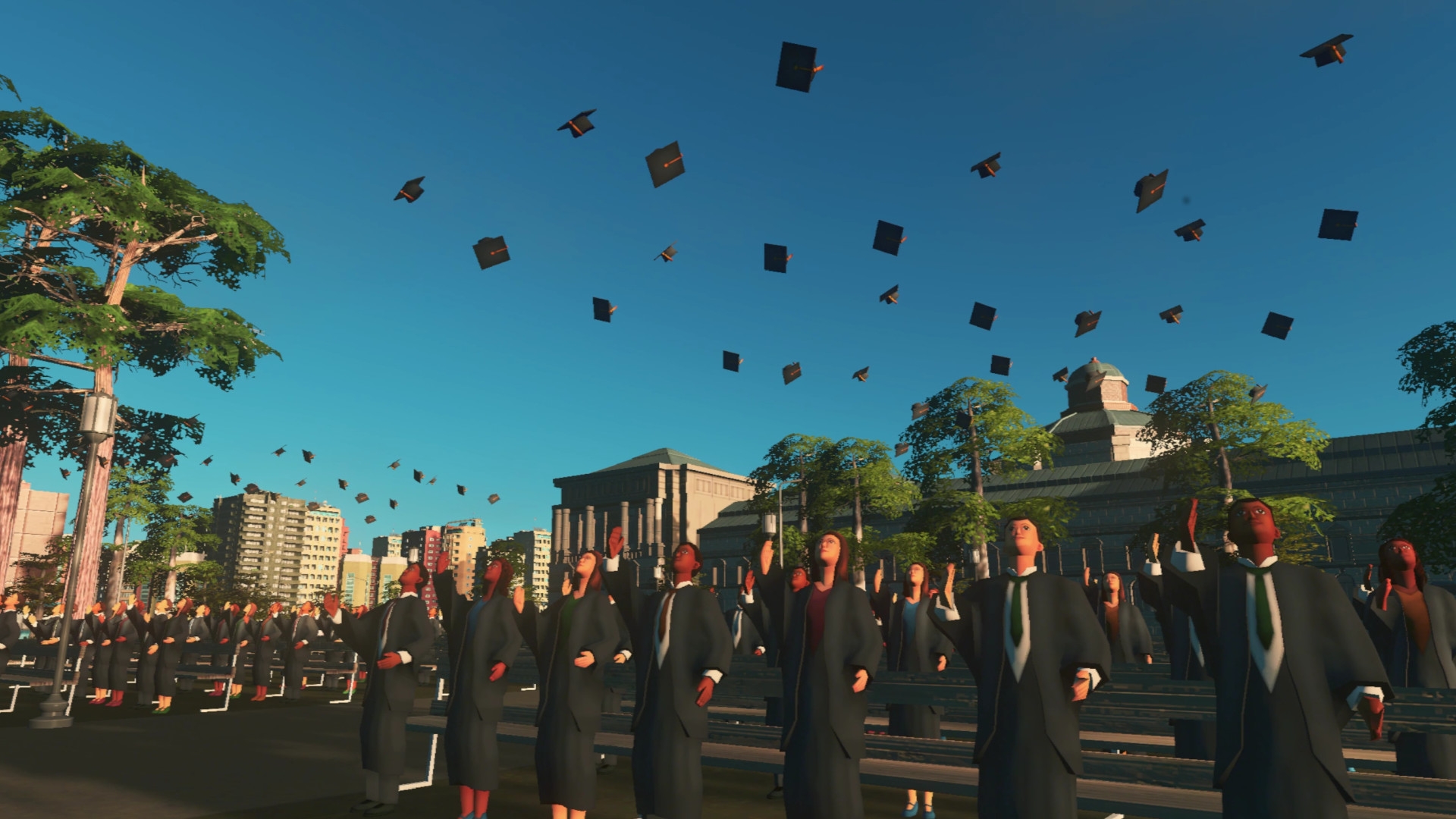 These images always feel so stressful to me. All I can imagine is that bit afterward where everyone's trying to work out whose is whose, frantically scrambling around to pick up the right one, someone inevitably just grabbing any old mortar board so leaving someone else screwed, as they try to return it to the company that makes its entire business out of renting out these wholly pointless outfits to students who have no choice but to get one at whatever price the rental companies decide to pick, and then being told this is a mortar board from another rental company and so being charged some astronomical fee... Oh it's horrible, stop it, STOP IT!

I don't think we even threw the hats when I graduated. Is it a US thing? What a relief though. I'd probably have had a panic attack.

I have a hard enough time trying to explain to my son why on Earth the teacher in Mr Tickle is wearing such a damned weird hat. (For bonus fun, have a look at the exquisite comments from Daily Mail loonies who want it brought back.)

Oh, um, Skylines? What an odd idea for DLC. Good on them. 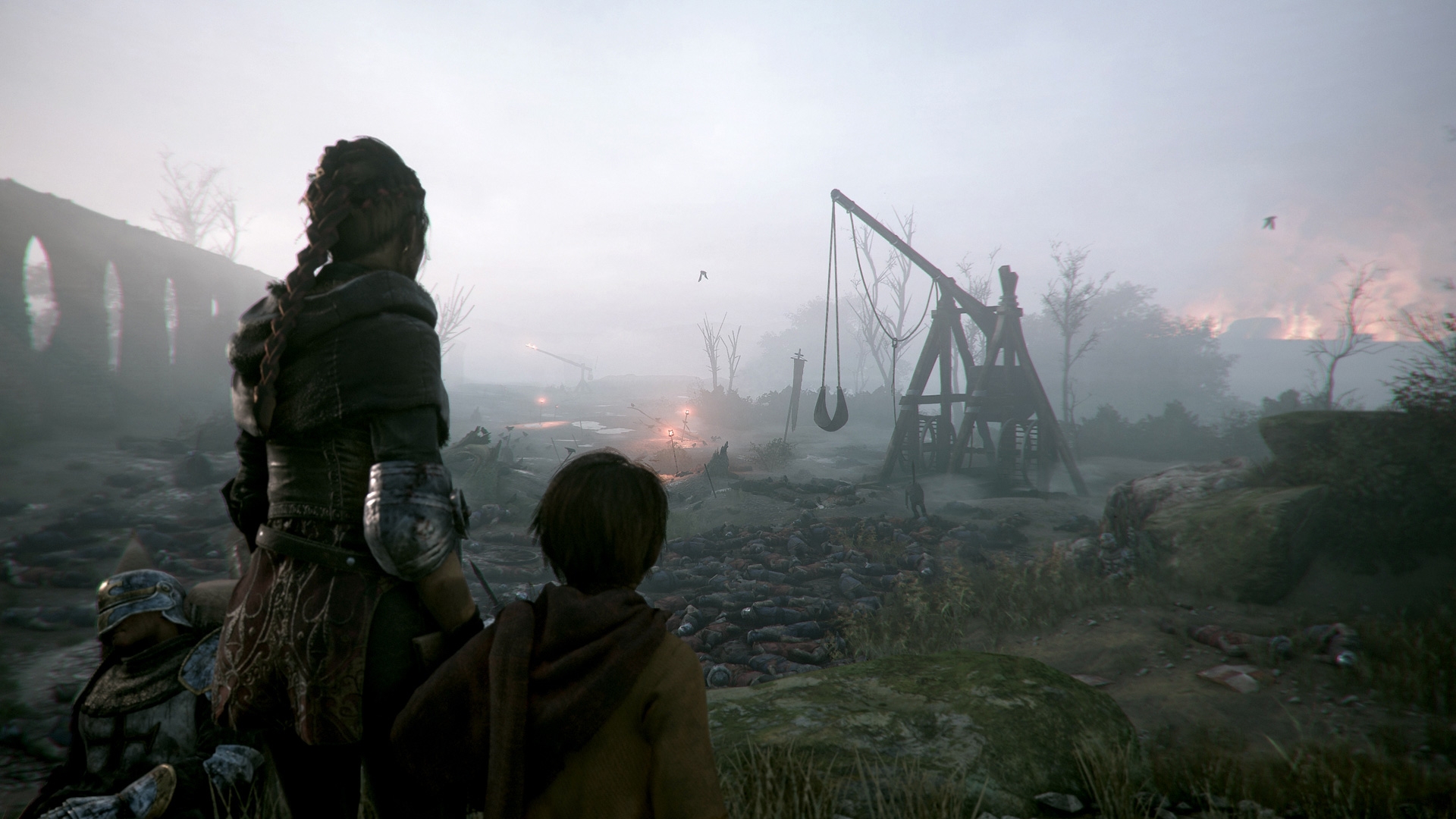 Before I had a child, I remember Erik Wolpaw chastising me for my effusive praise for the original Dead Island trailer. Eight years ago (AAAAARRRGHHHHHHH!) my son was minus 4, and this trailer was harrowing and brilliant and made me want to play the game. Wolpaw emailed me saying "Just wait until you have a kid." And I was all, "PSHAW! Whatever, old man! Get back to writing robot jokes."

Gosh he was right.

I want to play A Plague Tale. I have no idea if I could cope with playing a moment of A Plague Tale. Seeing some cute pre-school boy in constant danger?! I didn't even re-watch that Dead Island trailer properly, because it's someone's kid dying, and KIDS CAN DIE. Having a child involves a completely involuntary rewiring of one's biology, in a way that I find frankly disappointing in myself.

Still, there's the corollary to all that: finally properly getting the whole child-turns-evil trope. Before it was, "Sure, yeah, evil child, that's cool." Now it's, "OH SHIT YEAH THAT IS WHAT CHILDREN ARE ISN'T IT?"

Ah, children, can't watch fiction about their being gruesomely murdered, can't help but strongly suspect they're a malevolent force intent on your untimely destruction. 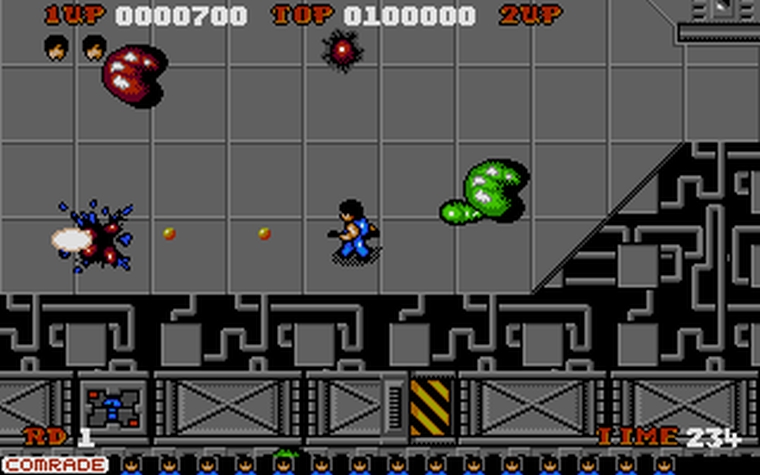 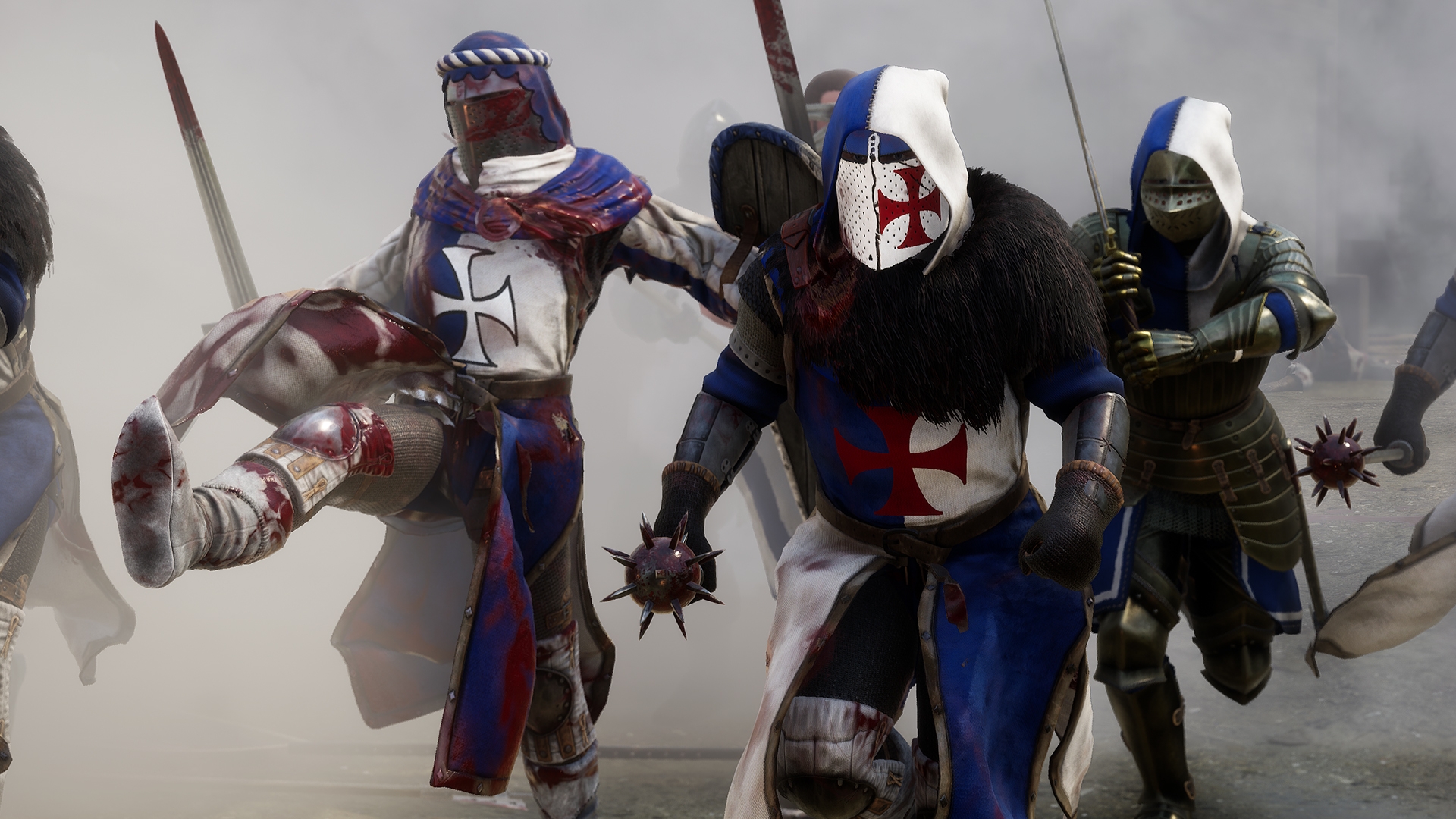 I'm sure Moredhow is probably fun or something, but I cannot imagine a game I could be less interested in. At least terrifying strategy games made of graphs intrigue me on the level that I'm fascinated anyone is clever enough to play them. But mans hitting other mans with swords... blearurugghghgh.

So instead I'll tell you about Drawngeon. I've not played it beyond the first couple of minutes yet, but it looks lovely - a hand-drawn dungeon blobber. I'll clearly feel embarrassed if it turns out it's super-racist or something once it gets going, but it sure looks more interesting than this. 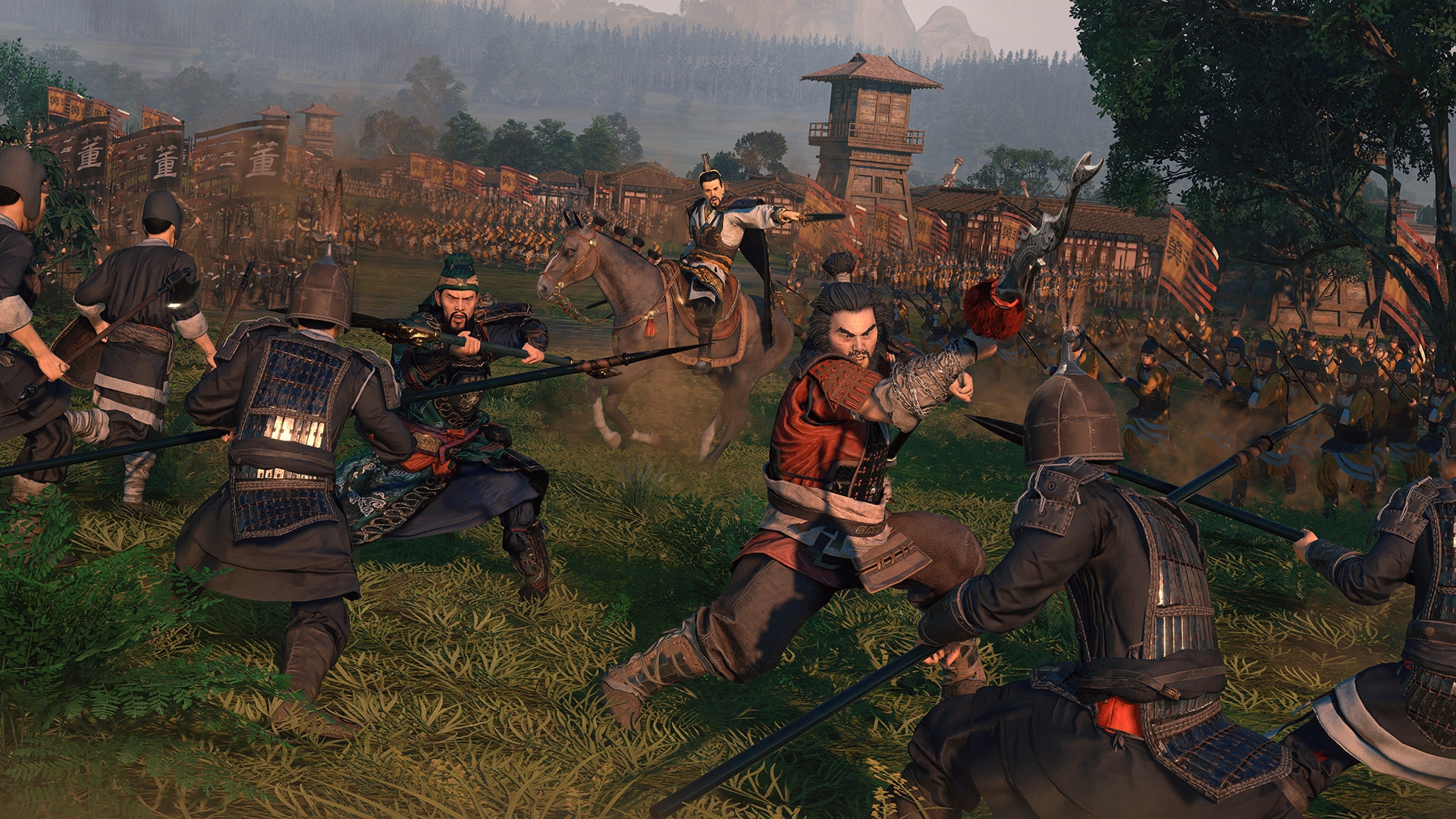 Equally I have nothing useful to add here, but at least I look at the game in wonder that anyone wakes up with the energy in their day to be able to play it. Kudos to you all. I shall defer instead to the reviewing words of Denis, who appears to be saying it might be the best Total War game yet. Which is quite the accolade.

I, instead, shall tell you that the most surprising TV show of the 2018-19 season was Legends Of Tomorrow. I know, I know, it was a dreadful show when it started - a desperate wish to be both part of the Arrowverse and yet the weirdest Doctor Who rip-off (even to the point of casting a Who MD companion as its Timelordish). But in its third season, it found its place: a wonderfully silly, lovely and surprisingly smart show about stopping mythological creatures from messing up history. Finally free of the sloppy seconds and mouldy leftovers of the other shows in the universe, and bringing in Constantine as a full-time character, it's been the drama programme that has made me laugh the most this year, while loving its characters a daft amount. I'm not making claims that it's a modern masterpiece - in fact I love it so much because in this platinum era of television, it's a delightful relief from the almost-too-good-ness of so much that's around just now. It's breezy, adorable, and the absolute antidote to the increasing dreary nothingness that is Arrow.