Not sure what to play next from your vast and frankly decadent collection of unplayed games? The Steam client now has a built-in helpful/patronising selection of recommendations waiting for you. Valve added the 'Play Next' shelf to the Steam Library in an update last night. Mine most recommends I play Dark Souls 3 next and god, I know, okay.

If this sounds familiar, that might be because it's based on a a Steam Labs experiment run earlier this year. You only see that by going to the web page, though. This here is right on the Steam client's Library page, waiting for you, taunting you. You'll now find it in the full Library view, on a virtuashelf between Recent Games and All Games by default. You can move it or straight-up delete it, if you want. 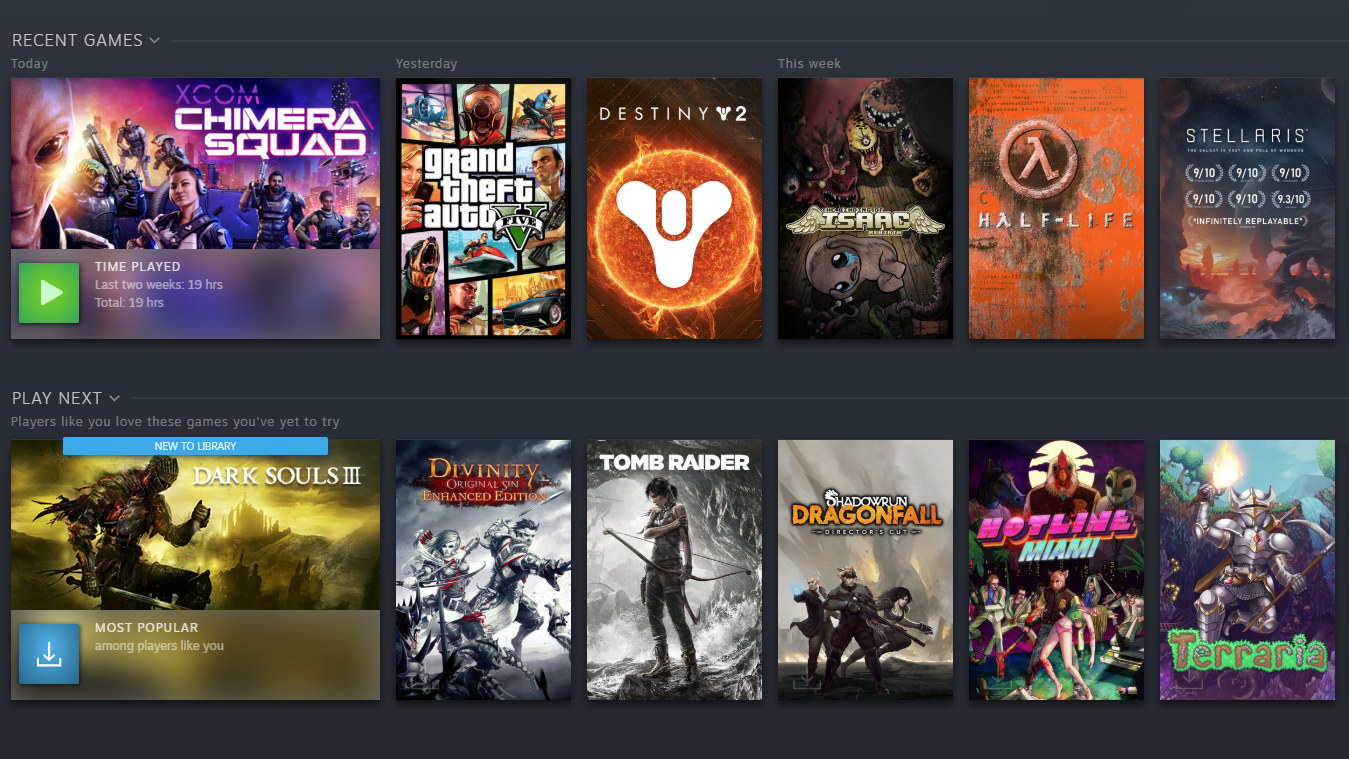 "Based on positive feedback from customers, Play Next has proved successful enough to graduate from the Lab," Valve said in last night's announcement.

Play Next uses machine learning to do lots of sums based on the games you play, the games played by other folks who play similar games to you, and such.

Honestly, for me this feature is more embarrassing than it is helpful. I don't believe in the myth of the backlog, that I will or should ever finish or even start many of the games I've bought, but sheesh this is a lot of unplayed games. Maybe that embarrassment is itself helpful. Alice, come on, get your impulse purchases under control.

I told myself I'd reprise my late-night, chilled-out Dark Souls Nites livestream with Dark Souls 2Nite before starting on Dark Souls Nit3s, and welp, that hasn't happened. Maybe it's time to concede defeat and move on. I've had a playlist waiting for six years. And Steam did tell me to.