Sometimes, fictional worlds collide because a movie executive figures there's a ton of green to be made from a bunch of superheroes frowning at each other. Sometimes, they collide because a toy designer has a brilliantly stupid idea in the shower. Ladies and germs, I give you Street Fighter x Transformers, which stars, amongst others, Optimus Prime as Ryu, Megatron as M.Bison and Hot Rod as Ken, complete with the eyebrows.

This is, I promise you, a real, official thing. And yes, they all transform into various cars, tanks, planes and trucks. Some of them have detachable heads that also transform into tiny versions of Ryu'n'crew. It's terrible! It's wonderful! Naturally, I want them all.

Found via stalwart plastic robots fansite Seibertron.com, Capcom/Takara Tomy collabration Transformers X Street Fighter answers the eternal question "what if the cast of a 90s fighting game were actually the cast of a 1980s robot toyline?"

Ryu is... Optimus Prime! (n.b. Convoy is the Japanese name for the Autobot leader) 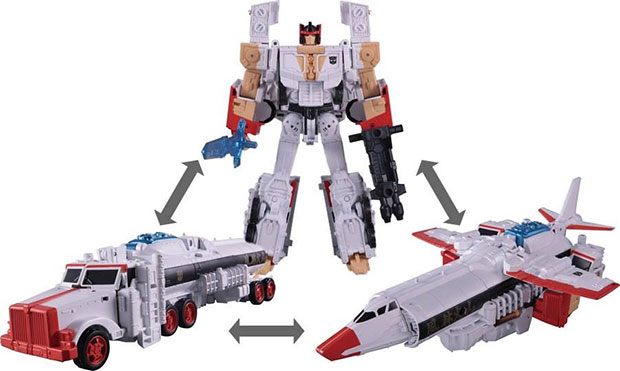 M.Bison is... Megatron! (n.b. M.Bison did a name swap with Vega in Japanese versions of Street Fighter) 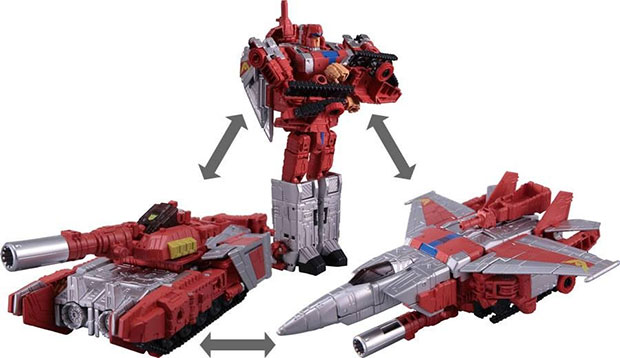 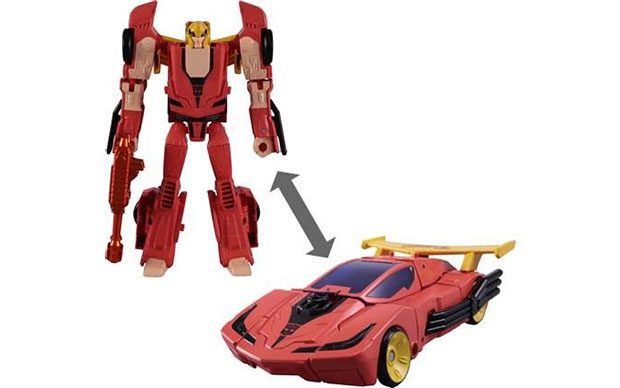 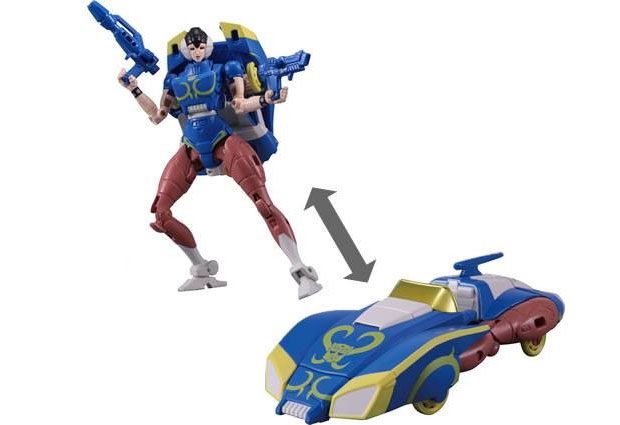 For the record, all these are repaints of recent Transformers figures, rather than specifically designed to be Street Fighter characters. They've made it work, in a thoroughly absurd sort of way.

Lots to unpack here. Look at the use of Hot Rod's helmet crest to create Ken's dye-job revealing eyebrows. Ponder at the improbability of a blocky robot that transforms into a plane and an oil tanker trying to pull off a Dragon Punch.

And, for Transformers gonks, lol at the re-use of a 2014 Arcee figure roundly mocked for its exaggeratedly ample thighs as the famously ample-thighed Chun-Li. I suspect that was the genesis of this whole project, if I'm honest. 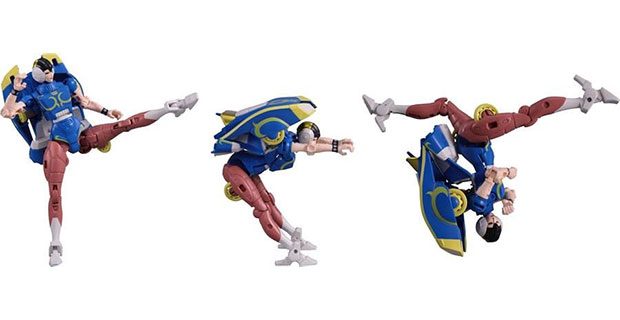 And, lest that weren't enough, Opti-Ryu, Hot Ken and Mega-Bison are Headmasters, which mean their heads detach and turn into tiny additional robots, who are also painted to look like their respective SF characters.

Glory be! Glory be. These are a Japanese-exclusive release, due out next May for far too much money.