It’s been three and a half months since Paradox Interactive announced - and simultaneously released into early access - post-apocalyptic city builder Surviving The Aftermath. And while I still haven’t worked out whether I think the game’s experimental development plan was a good idea or not, I can certainly respect how developer Iceflake Studios, and their publisher, are sticking to their guns. And their schedules, for that matter: Iceflake have just announced that the game’s fourth update, ‘Great Minds’, is about to be released, as per the launch plan of a year of monthly updates, before full release (and yes, arrival on Steam) late on in 2020.

I spoke to Lasse Liljedahl, the game’s director at Iceflake, and Nikhat Ali, its lead producer at Paradox, last week. Ostensibly, the plan was to talk about what’s coming in update four. And hey - there was a lot to talk about; they’ve been busy. If you’d like to, you can read everything I would have detailed on the game's site. But respectfully, I couldn’t help but feel more interested in the process of making the game, than the game itself - at this point, at least. Here’s why.

City and colony management/building games - let’s just call them city builders for ease - are popular subjects for early access games, as you can lay a playable foundation for one relatively easily, even as a lone dev or a small team. Since they're geared towards free-form ‘sandbox’ play, there’s no prerequisite need for early versions to have a beginning, a middle or an end, as there would be in the case of, say, an RPG. You just need to code a bunch of systems that keep each other going in a pleasing little loop of harvesting, constructing and further harvesting, and there you go - you’ve technically got a game. After that, it’s just a case of adding more and more features, with the aim of extending playtime and replayability, and giving it some kind of thematic identity.

And if you're lucky? Well, if you're lucky, the game takes off like wildfire while it's still barely a prototype, and by the time you finally hit release, you're a millionaire. That's the dream. But for the same reason that marketing plans that involve "going viral" aren't a good idea, it's not that solid a dream. Just because something can happen, doesn't mean you can make it happen, and I've seen wonderful little proof-of-concept games that deserved runaway success, but never got anywhere due to brute luck. Indeed, it sometimes seems that for every five city builders that go into early access, only one makes it out.

Even when they do get popular, they frequently fall victim to a lack of direction, leading to massive feature creep (often driven by increasingly aggressive fan entitlement), and all the balance issues and remedial feature redesigns that can lead to. Without careful planning, all this convolution can lead to creator disillusionment, which snowballs gradually into slowed updates, burnout, and either perpetual deep-freeze or abandonment. For every Rimworld there’s a Towns.

But for Paradox, I can well imagine how this seemed like a development route with no downsides. When planning StA with Iceflake, I can imagine they thought that the game "doing a rimworld" would be a nice windfall to say the least, but certainly not something to count on. After all, we're talking about a good-sized company working with a big one here, not a few hobbyists hoping for their big break. If StA didn't go big, Paradox knew they could still support the game through to release. And since they were famous already for their iterative approach to releases, poor planning was never going to be an issue here, nor were the systemic issues and code tangles that often come from building a game 'in flight'.

Finnish studio Iceflake was a surprising choice of partner, as they had never made a management game before - their back catalogue comprises an ice fishing game, a pool game and a top down racing game available on PC, plus a bunch of mobile games (including a strong candidate for the best name I’ve come across so far this year, in “Pirates Don’t Run (unless chased)”). Still, this isn't to put them down. In fact, let me say now - Iceflake are doing great. They have taken to city builder development like ducks to water, and I honestly like StA, so far. On day one, I called it “the colony manager for everyone who got really into the settlement building in Fallout 4”, and I’d stick by that. It’s early days yet - and keep that phrase in mind, because we’ll be coming back to it - but the game is exactly as fun as you’d want an early access title to be, four months in.

Talking to Liljedahl and Ali, it’s clear how the project has been designed for early access from the start. To avoid the headache of having to backtrack and rewrite systems that prove not to work, Liljedahl says, “we start by putting ‘v0.1’ iterations of features in, and seeing what the reaction to them is before going much further. For instance, with trade, after getting some mixed reactions after it came in during update 2, we course corrected on that quite easily, as it wasn’t a fully implemented system.” 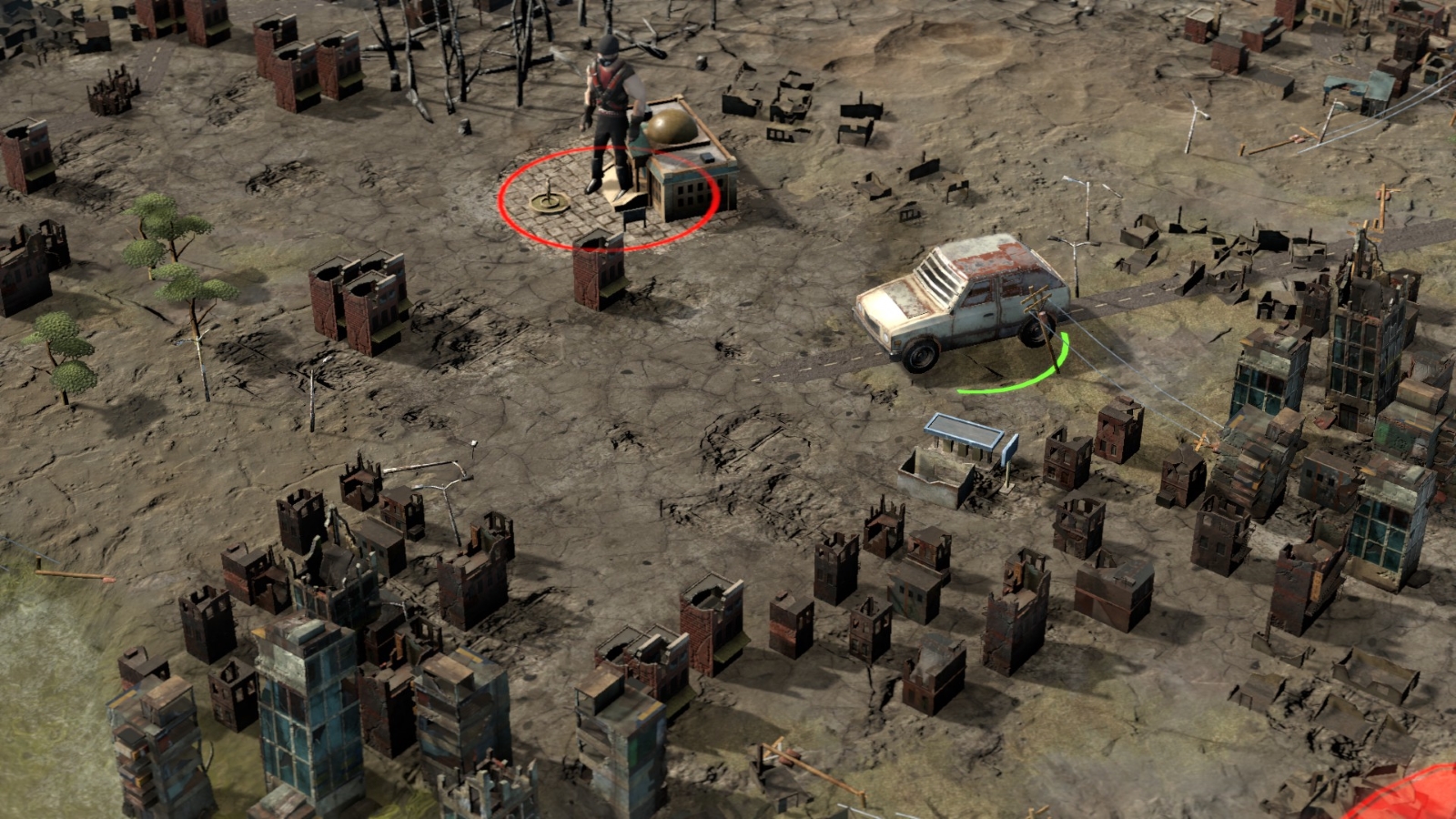 There are many examples of this sort of consideration. Indeed, what I really like about the two companies’ approach to StA, is how committed they are to community feedback as a whole. They’ve got a little ladybird icon on the game screen itself, which allows players to submit bug, complaints and suggestions directly to Iceflake. I mean, yes, this is a smart way of getting QA work for free, but in fairness, Iceflake do much more than just talk a good talk when it comes to listening to their players.

Both companies are well aware of the risk of feature creep, which could be particularly disastrous, given how much they’re trading on their organisational ability, and their commitment to monthly updates. Given the importance of meeting that schedule, you’d think they couldn’t do much more than play lip service to player feature requests. But while they started the year with a firm roadmap planned for updates, they're reviewing it near-constantly with an eye on the requests they’re getting - seeing which elements of development could be pulled forward by a few months, or which planned features could be altered to bend in the direction of what players seem to want.

“Some of the features to do with managing outposts on the world map were actually planned for implementation way down the line,” says Ali, “but the community was very curious about that, and wanted it earlier, so we rearranged the order of the roadmap to make it the focus of the second update.”

This sort of flexibility shouldn’t be a surprise, especially with Paradox’s involvement, given their track record as a developer themselves. After Imperator: Rome received a poor reaction by some fans on release last year, its team pulled off an astonishing redesign of the game, equivalent to the A-team converting a schoolbus into a tank while it was in motion. And full of schoolchildren. Schoolchildren who also happen to be Romans. Anyway, I’ve lost the metaphor, but you get the point - long story short, it's not just PR: Paradox and Iceflake really are shaping StA according to what their community is telling them.

The problem is - and this is going to sound way more brutal than I mean it to - it’s not much of a community. From the research I’ve done, there seems to have been way less buzz around StA than I had expected on launch day, and while there clearly are people playing, (and they're good people!) they're not exactly a teeming crowd. And honestly, this is not the game’s fault. As I said, it’s early days yet, and…

Ah, yes. I told you we’d be back to this: 'early days'. By now, there have been tons of early access city builders. And due to the fact they all start as little systemic seeds, before gradually growing into their idiosyncracies as they approach release, they all play nearly identically for a lot of their early access lifecycle. Just as Jason Statham looked exactly like me when we were both foetuses, so too do pretty much all colony games at this stage.

And indeed, while I respect the fact StA does have some unique systems and features, I don't think they're prominent or game-changing enough for players to decide that this title, of all the many others like it, should be the one they pay attention to. As I said earlier, StA plays pretty much exactly how you would expect and want a city builder to play, four months into early access.

I felt really bad after my call with Liljedahl and Ali, because I’d really wanted to write an article about how StA was taking a novel approach to the classic local map/world map formula as seen in Rimworld, Frostpunk and the like, but although the model they’ve put in place is plenty of fun, I couldn’t in good conscience say there was anything strikingly unique about it - at least not yet. 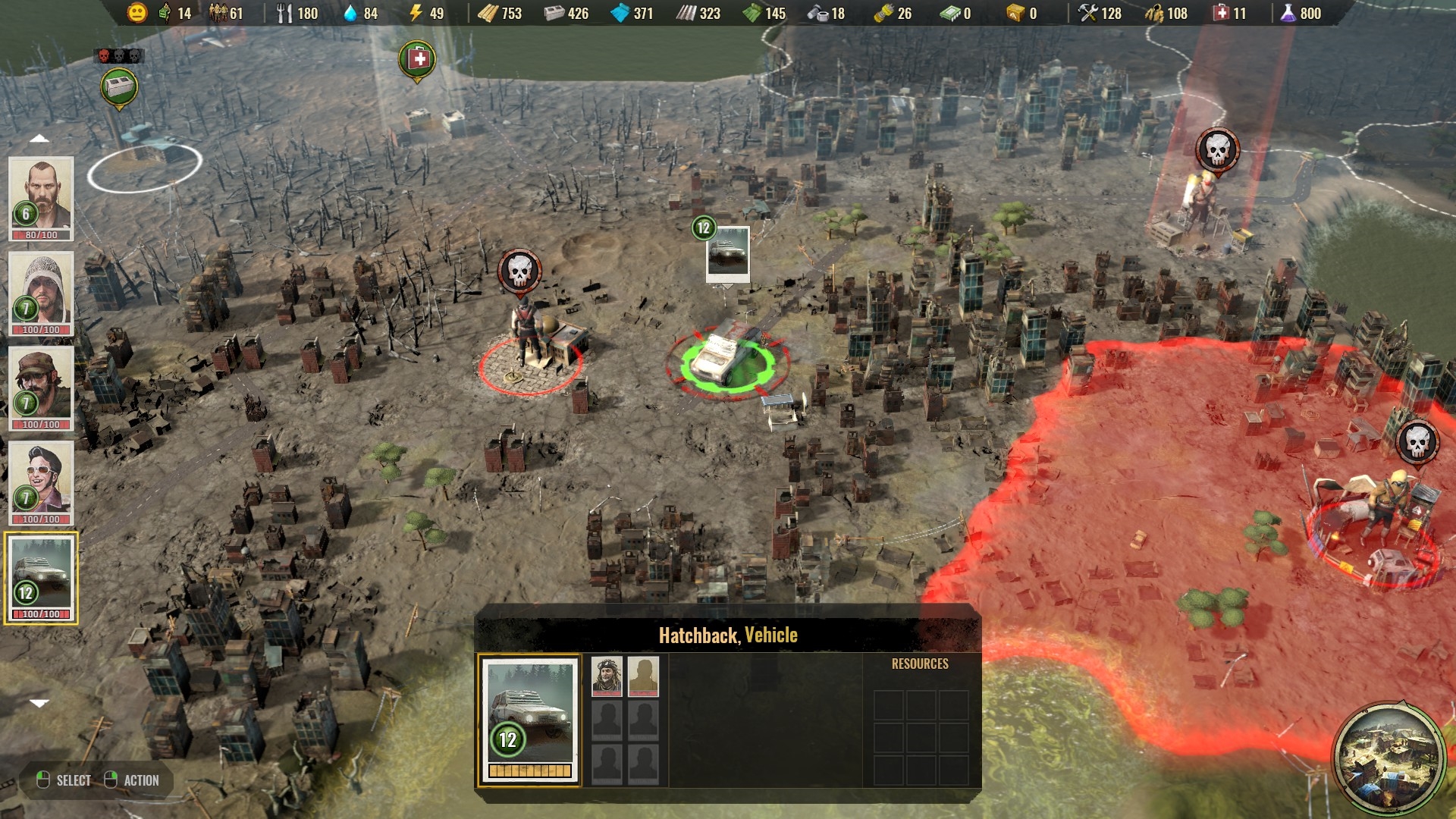 That’s not to say Iceflake have been uninspired or derivative in their approach to the world map - or to resource gathering, faction diplomacy, trade, and all the other near-mandatory components of a city builder. There are just so many damn games out there of this sort, that it’s reached an “infinite monkeys on typewriters” situation, where whatever design approach you take, you’re almost certain to end up making “Frostpunk, but…” or “Banished, but…”, or “The Settlers, but…”

I think the days of runaway successes in the early access city builder genre are possibly over. Or at least, we’re a lot less likely to have another Rimworld on our hands any time soon, precisely because of the number of entrants to the genre, all hoping for similar success. It’s lightning that’s no longer there to be bottled.

To really stand out from the crowd now, you need to either do something wildly different from day one (enter Dwarf Fortress, which in the void of infinite typewriter monkeys is a gorilla, shredding on an electric guitar, in a glorious pixellated hell that it never wants to leave), or see your project through to the point of maturity where it’s got a lot less competition, and can really gain attention.

Because of the superbly organised approach being taken by both Iceflake and Paradox in developing StA, I have little doubt that it will hit that point of maturity, and will do so on time to boot. And when that happens, I’m quietly hopeful it could become the definitive post-apocalyptic city builder. After all, barring Frostpunk, which went quite left-field of “classic” apocalypse territory, and fellow early access pilgrim Flotsam, which is more Waterworld than Fallout, there isn’t really such a thing at present.

I’ll definitely be keeping an eye on StA this year, and I'd recommend you do too. Still, I can’t help but feel Iceflake and Paradox could have saved themselves a lot of deadline stress, if they’d just decided to release the game in its full form later this year, and not created all the extra work that such a regimented early access programme as StA's entails. Besides, once the game was out, they could have just done what Paradox does best, and give it regular updates after release anyway.

Still, what's done is done, and it’s only February. There’s a long year ahead of Iceflake yet - here’s hoping the game finds its identity, out there in the wasteland.