When I was a kid, my sister and I would play “chess.” I put this in heavy quotation marks because neither of us liked the real game, so we devised a much less thinking-heavy version in which the goal was to capture all of your opponent’s pieces. We played “chess” so much that we gradually lost most of our chess set, replacing them with a patchwork quilt of other tokens as stand-ins. The penny is a white bishop. The Monopoly house is a black rook.

All of this gave me a lot of practice to prepare for Pippin Barr’s Chesses, a variety of rules-bending alterations on the classic game.

“Chess” is not included, but eight other alterations are. M.A.D. would have rendered our version unplayable, as capturing a piece also removes the capturer from the board. When it comes to the ordinary rules, this adds another dimension of strategy, forcing players to think about what they’ll lose as well as what they’ll gain.

Others are more chaotic, like Gravity, which sends pieces tumbling down to the bottom of the board with a pleasing, clicky cascade any time they are moved. Or Crowded, where every square on the board has an occupant at the beginning of the game.

Though you certainly could play ‘em with an opponent, I like them as a sort of singleplayer puzzle. How would you achieve checkmate, on either side of the board, with these new rulesets to contend with?

If you’re playing Chance, which gives you a random piece every time you begin to move one, just roll a queen directly opposite the king on turn three, obviously. 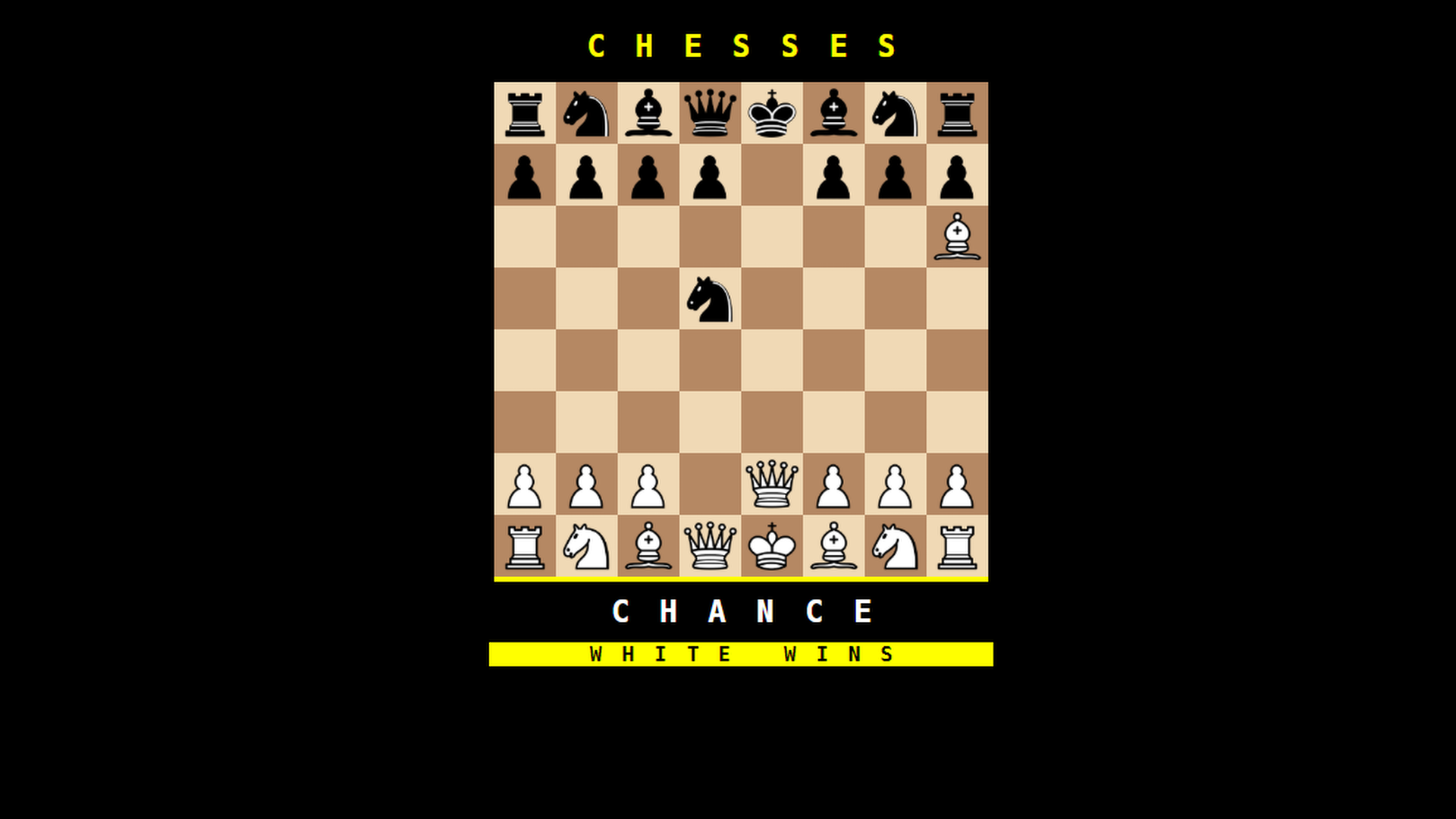 Luck aside, I am not smart enough to get there with many of them yet, which is probably because I spent too much time playing “chess” and not learning how to play chess. But most of the fun is in figuring out what the new rules are and how you can use them to your advantage anyway.

Barr is an old hand at remixing classic games. This series of plurals indicating a variety of twists on expected mechanics includes Pongs and Breaksout. You can probably guess which games those are riffing off, but with 36 approaches to each, you'll need to dig in to figure out what the many catches are. More recently there have been other Chess-alikes, like roguelike adventure Chogue and chess-but-make-it-mythology Ancient Greek Punishment: Chess Edition. And more!

Chesses is (...are?) available to play in your browser for free.