The match seems to be going terribly. My teammates don't appear to be interested in defending the capture point, and about half of the enemy team have dominations - meaning they’ve killed the same player multiple times without that person getting revenge. Yet weirdly, the game continues.

I’m dead, tabbing through the viewpoints of everyone who’s alive, when I realise why. One of our Red pyros is dancing with six members of Team Blu, keeping them occupied through the use of a taunt.

Team Fortress 2 is weirder than ever.

I’ve jumped back in to play some of the Jungle Inferno update, which came out last week and added six new maps, five new weapons and a bunch of balance changes. Four of the new weapons are for the Pyro, who won more votes than the heavy in a 2016 community event to see which class would get an update first. It’s not a good time to be a spy.

As with every class update Valve have ever done, the servers are swamped with people exclusively playing as the recently revamped character. With everyone eager to try out the new weapons, it’s not uncommon to see eight pyros or more on each team.

Instead of being craftable, the new items can only be unlocked by fulfilling contract missions - which also explains why so many people are playing pyro. You get access to pyro items for free, though not if you’re a fool like me and don’t realise that until you’ve ponied up £4.59 for a campaign pass. That pass provides access to a separate, more extensive set of contracts which unlock new cosmetics.

The campaign is an updated version of the system Valve introduced in the Gun Mettle update back in 2015, where you can now pick which contracts you want to fulfill rather than having them randomly assigned. Each of the new weapons has its own contract, which can be completed simply by earning points - though there are bonus objectives too, like getting kills with airblast-reflected projectiles. If you’re in a party, your friends can help fulfil those objectives with you. 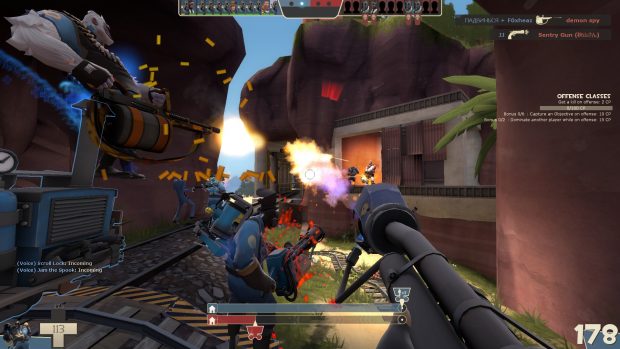 How long it takes you to get the new stuff will depend on how good/lucky you are. I’ve been playing for several hours and only have the first two, though that’s partly because I got distracted by the non-pyro specific contracts. As with the Gun Mettle update, the contracts succeed in adding purpose to a game that’s otherwise structureless outside of the context of each match. While it’ll take a while to get all the new items, it’s still a significantly smaller time investment for new players than if they had to wait until they had enough spare items to craft them.

As part of the update, every flamethrower has been reworked so that the flame particle effects better reflect where damage is being dealt - though not being a regular pyro player, I can’t say I’ve noticed. The same goes for the other changes to airblasts and how afterburn damage works; she seems like the same old pyro to me, though players with more experience will no doubt beg to differ. The main thing I’ve noticed is how much more mobile pyros are with the newly added jetpack as a secondary weapon. I’ve already lost count of the amount of times one has escaped my clutches at the last second by rocketing away. 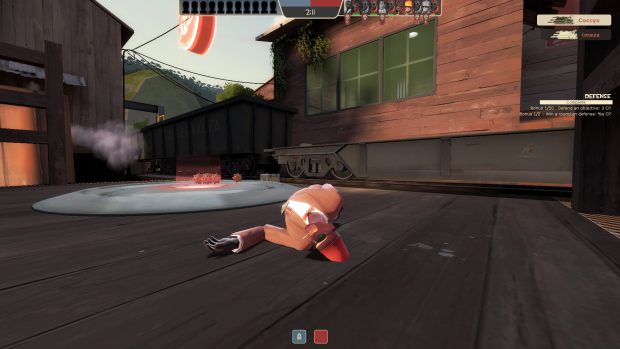 You have to complete the first three contracts before you can start unlocking the jetpack, so I’ve only had a brief go. If you manage to land on someone you damage them, which is excellent and correct, though easier said than done. The new main weapon, the Dragon’s Fury, has a similarly high skill ceiling - it fires a single shot at range that does miniscule damage on the first hit, but does 300% more if your target is already on fire.

What I have had ample experience with are the newly balanced spy weapons. He was hit the hardest in the latest update, with the Dead Ringer and the Ambassador both receiving substantial nerfs. The former no longer gets its cloak meter refilled by picking up ammo, and the latter now does reduced damage on headshots depending on distance. Elsewhere, the Eternal Reward knife now allows you to put on a disguise by consuming all of your cloak meter, but drains 33% faster. The combined effect of those changes has been to make me swap over from mainly using the Ambassador to the L’etranger, which extends cloak duration time and fills up the meter a little with each shot.

Most of the other classes have had several items majorly re-reworked too, with the scout’s Sandman Bat and Bonk Punch both being toned down, but his Pocket Pistol being buffed with a life stealing effect. It’s worth considering a lot of them as entirely new items, which makes this a more substantial update than it first appears. I’ll leave you to peruse the patch notes for the rest of the changes at your leisure. 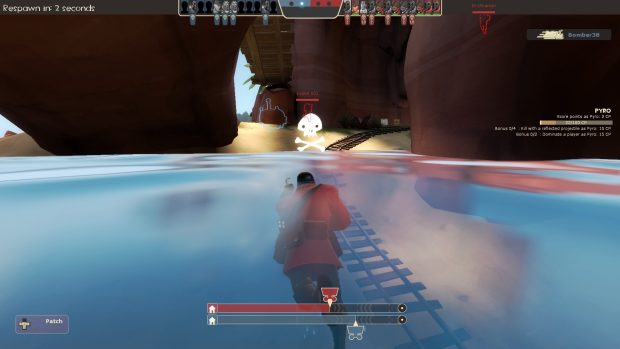 Of the new maps, Bananna Bay is easily my favourite. It’s a dual payload map where rather than simply escorting a cart to the end of a track, once it’s there each team has to wait for a train to run it over. Being surrounded by the sea on all sides helps sell the tropical theme, with the highlight being a section of the track that goes underwater. It’s a merciful respite from the flames of the many, many pyros currently running around.

I’m less fond of the control point map Mercenary Park, which is Valve’s own submission alongside the community maps. It’s like a more enclosed version of Granary, and I’ve never really enjoyed the chokepoints that inevitably feature in TF2’s indoor sections. Mossrock, the other control point map, doesn’t have as much of a chokepoint problem - though the the last objective can be a frustratingly tough nut to crack.

Enclosure is a payload map that’s more open than the name suggests. It’s got some good scenery, though doesn’t play around enough with verticality for my tastes. Brazil is a functional king of the hill map, though I prefer Lazarus with its crumbling temple and glowing mushroom lit caves. Neither of them have anything like Sawmill’s spinning blades to keep them interesting for long however, and king of the hill has always been my least favourite mode. That’s largely to do with how much spy I play though, so your mileage may vary. 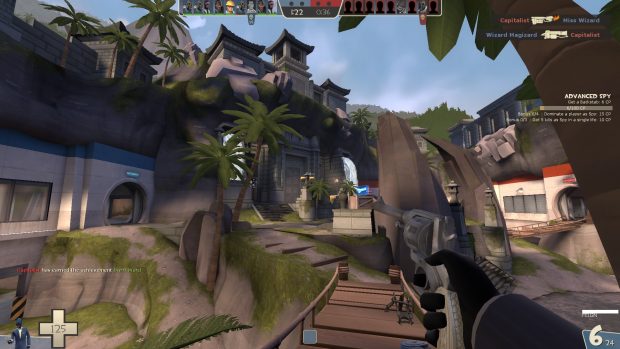 I know this gets said a lot, but it really is remarkable that a game made in 2007 can still hold my attention a decade later. Jungle Inferno is TF2's 40th major update, and it seems entirely plausible that we'll get another 40. Presumably the Heavy is in line for a revamp, and Valve probably won't stop there. This update nerfed my favourite weapons and has (temporarily) flooded every match with people playing the direct counter to my favourite class. Even so, last night when I was deciding whether to boot up this or Overwatch, TF2 won out.