The Team Fortress 2 [official site] gang are off to a lush tropical island to fight around the remains of Saxton Hale's failed theme park Yeti Park in the next big themed update. The Jungle Inferno update will re-open Yeti Park as Mercenary Park, where mercenaries fight mercenaries (for control of capture points). Psst, that's us. Five tropical community-made maps are coming too. As is TF2 tradition, Valve are counting down to launch day-by-day with collected teases, so more is to come. Dare I dream for the promised Pyro overhaul?

And yes, of course this means we have a fine new TF2 animated short to watch:

So! Yeti Park, a theme park which might look like Jurassic Park but is a place where disaster is supposed to strike, because how can you fight a yeti if it's not loose? Well, Saxton Hale has hastily rebranded and now us mercenaries will be fighting across its grounds, visitor centre, and other areas which may well resemble Jurassic Park.

The five other maps are made by community members. Valve released the Jungle theme assets ages back, see, challenging people to produce more spec work. The five lucky ones are Attack/Defend mode map Mossrock, the Payload Race level Banana Bay, King of the Hill maps Lazarus and Brazil, and another splash of Jurassic Park with Payload map Enclosure. 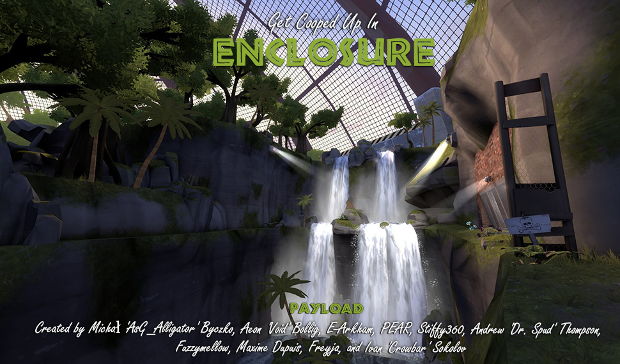 That's quite a lot to have revealed on day one of four. Seems this update will be a big'un alright!

I do hope the promised Pyro overhaul will be part of this. You might remember that in 2016, Valve ran a community event to decide whether the Pyro or Heavy would get a big update with new weapons, rebalancing, and so on. Pyro won that but we're still waiting to see what that will actually bring.

Rich McCormick revisited TF2 last month and, while he wasn't best pleased with all the complications and cruft Valve have added over the past decade (yes, Orange Box launched ten years ago), he concluded that "modern TF2 is still wildly enjoyable at its best."