Barnstorming punch ‘em up Tekken 7 is getting a new knuckle sandwich artist, developers Bandai Namco have announced. He’s a calm-looking martial fightist who lost his family in a gang conflict in New York and went missing for 50 years, only to reappear in the following videogame trailer at fighting game championship EVO 2019. It looks like he’s been hanging out in Hong Kong, because he’s basically Donnie Yen’s Ip Man but with shades and dreadlocks. Anyway, he's back "for revenge". Which is what we all want, deep down inside, really.

His name is Leroy Smith and he likes to hit those wooden practice stand things. Skip to 2:30 in the trailer below to see him knocking seven shades of Shaolin out of his fellow kung fu lads, Law, Feng and Lei.

Powerful stuff. Squint hard enough and you can see he’s got a milky eye underneath those sunglasses, which means he’s not being a shades-wearing tryhard, he’s just self-conscious.

As you can see from the trailer's splash pic, he is not the only character incoming. Another fist-fighter, Zafina, is also coming to the game, and Tekkenistas will recognise her from previous games in the series. She’s a Middle Eastern astrologist who is skilled in “Ancient Assassination Arts”, according to my faithful companion, the Tekken wiki. Which basically means she creeps around on the ground like a fucking spider. It's awful. Her ankles bend in unnatural directions. She’s got a big hand that she can’t always control, like Dr Strangelove but with a crystal ball. I wouldn’t want to meet her in a ruined Mesopotamian temple, or anywhere. Spider witch. 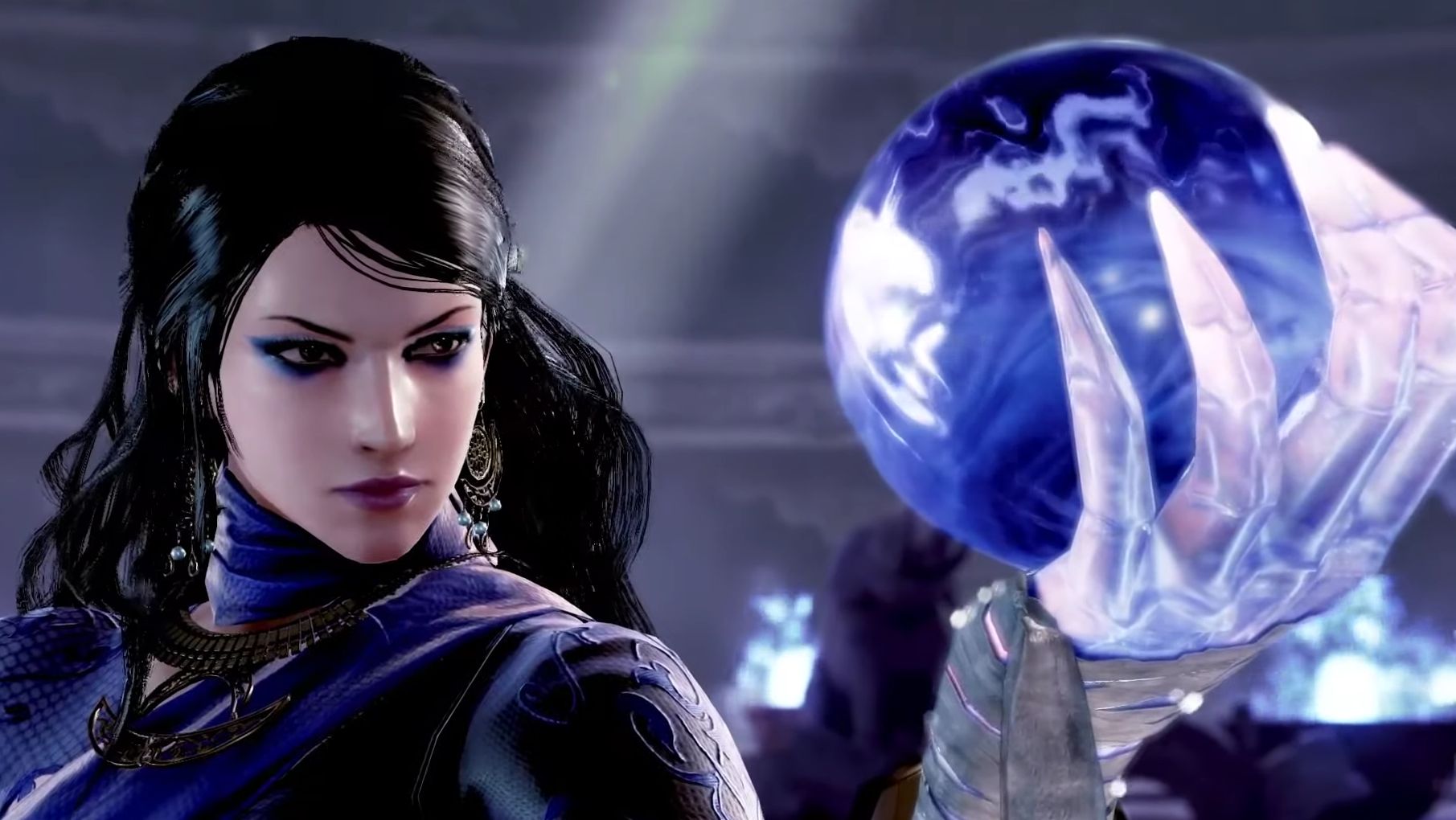 This is all part of the third season pass coming in September, which will give all existing characters new moves too. That’s good for buffoons like me who can’t deal with learning complicated stance-based punchers, like Zafina. Just give me a nice new headbutt for my sweet Miguel, Bamco. I’ll be happy with that. There’s also some other bits and bobs like “expanded practice functionality” and UI tweaks.

We still don’t know the other two characters scheduled to arrive with this season pass. They remain big red questions marks. Of course, we all know the character who deserves it.