Found late into Temtem's Early Access campaign, Gyalis is one of the weirdest looking creatures so far. It's a Crystal/Melee type that is supposed to look like a praying mantis made out of rubies. It can be a force to be reckoned with on the right team though, as long as you know when best to use it. 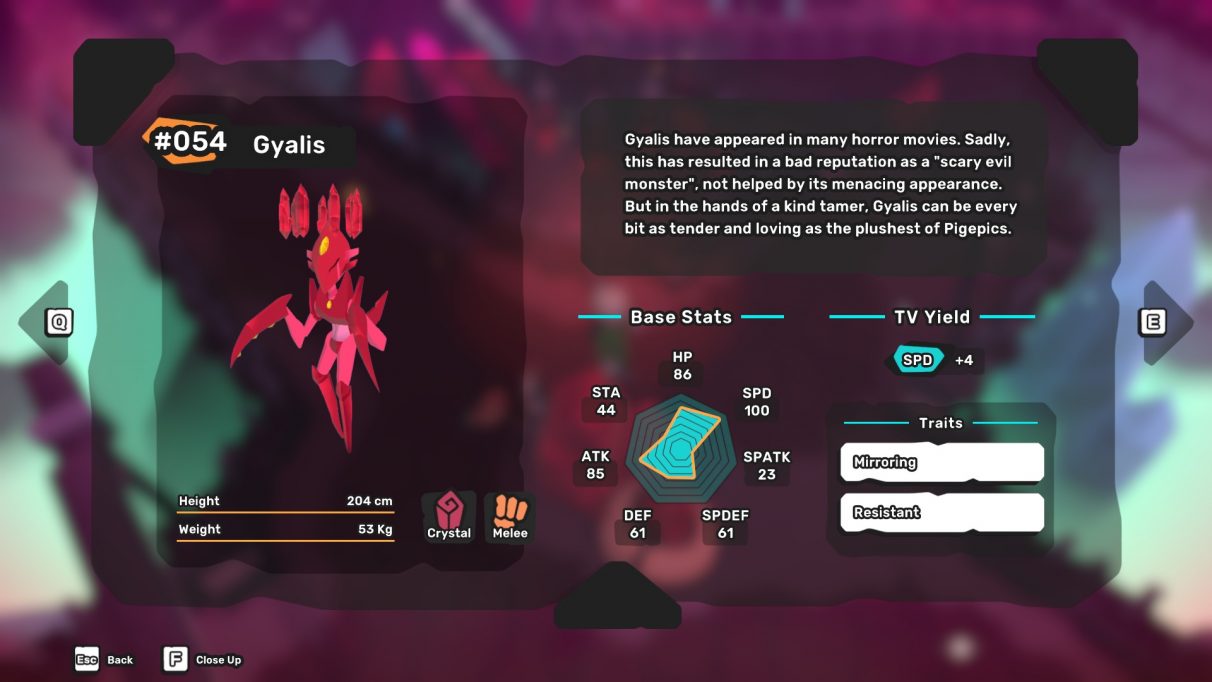 Our Gyalis Temtem guide will show you the exact location you need to be in to hunt for this somewhat uncommon Temtem. There will also be some descriptions about this creature's base stats, and the vast number of Crystal type moves it has access to. There are quite a few Crystal types in the area you find this Temtem, including one of the starters, so be sure to check out the rest of the Temtem list to see what else is available. 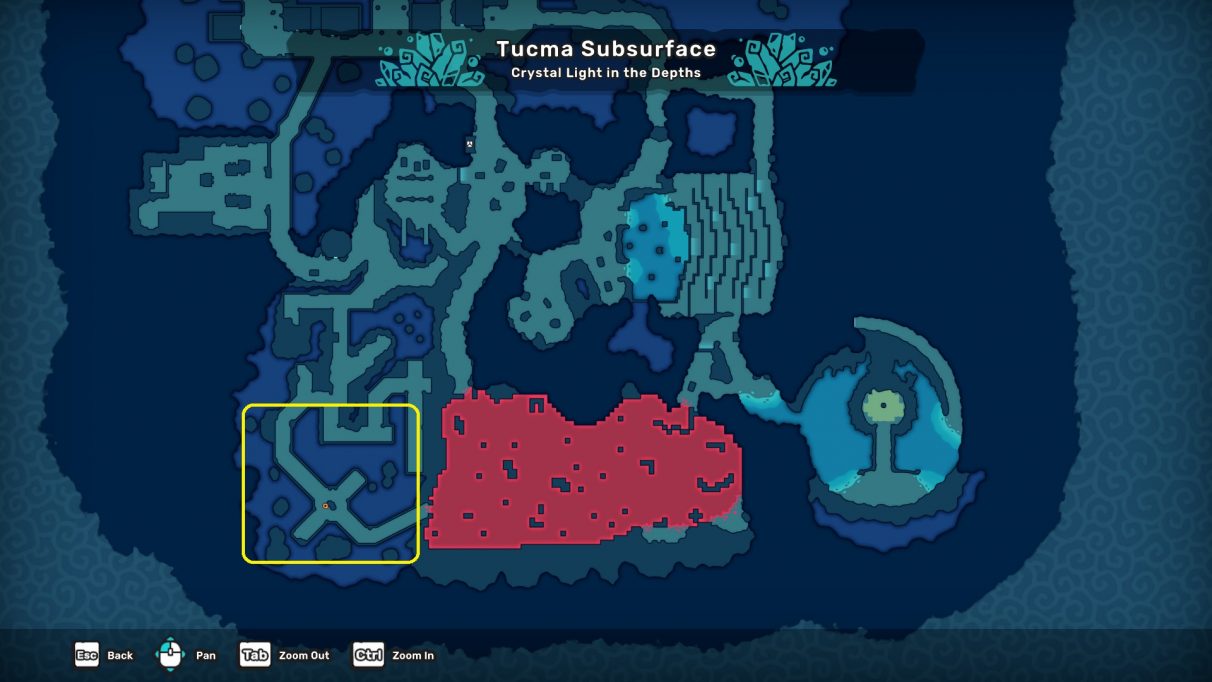 To find this weirdly designed Temtem that looks like a bunch of diamond shards, you'll need to be quite far into the Temtem Early Access campaign. You need to be on Tucma, the third island you come across, which is the one that's gone a bit Mad Max thanks to its scavengers and poisonous swamps. Gyalis is in the south-western corner of the Mines of Mictlan.

You're in the right area when you approach Quezstal for the first time. I recommend that you only begin hunting for Gyalis when you have recovered your stuff, as it could be difficult to hunt this Temtem without it. Just navigate to the northern part of the area to get it.

Gyalis is rare, but I found trying to find Crystle in the same area was a lot harder. You'll still need a lot of patience when hunting rare Temtem though. It'll be between levels 34 and 35, and will know the moves Footwork, Block, and Drill Impact. It learns Crystal Bite at level 35, so level 35 Gyalis will know this move as well. If it's level 34, it will know Sharp Stabs instead.

Unlike that other very rare Temtem that's found in the same area, Gyalis can't be found anywhere else, so make sure you snap one up while you're in that part of the mines.

The full can learn by level up and through breeding are:

Gyalis learns a large number of technique courses, most of which are offensive moves. Their locations are in our Temtem Course locations guide. Here's what Crystle can be taught with Technique Courses:

Gyalis does have a slightly compromised set of resistances as the Melee type removes one entirely. It also changes one of its weaknesses to a different type compared to if it was just a Crystal type. Here are the types you should be wary of when using Gyalis in battle: 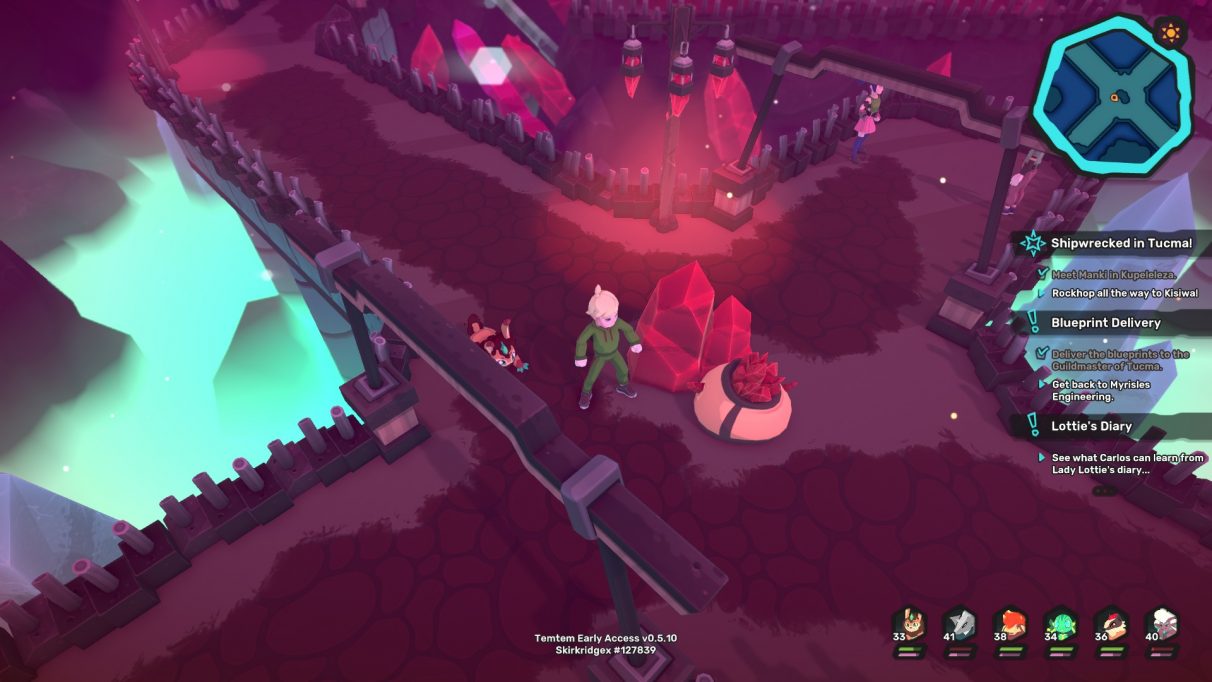 Should Gyalis be in my party?

The good news about Gyalis is that it has some very good base stats, as it has decent HP, speed, and attack. It also has moves that take advantage of its attack stat, meaning that it's likely to go first in combat, and it'll hit enemies relatively hard. Defensively it isn't terrible, but its stamina could be a small issue as the base stat is rather middling. With high stamina costs for later moves, it could be tricky to maintain stamina above dangerous levels.

As long as you have a balanced team, Gyalis is a great melee attacking party member. Just make sure that you swap it out when taking on highly defensive Temtem. Temtem like Vulcrane and Anahir will melt it with their fire attacks, while Tuvine has the highest base defence stat in the game, so may outlast Gyalis.

With that caveat explained, you should now know everything you need to know about Gyalis and why it's makes for a great attacker. Gyalis doesn't evolve, but it's worth checking the Temtem evolutions guide to see how many of the other Temtem can.