TerraFire is one of my indelibles – a game that never leaves my hard drive. As almost a decade has passed since it was last lionised on RPS, there's a chance some of you may be unaware of its free, gravity-steeped delights. Let's put that right. 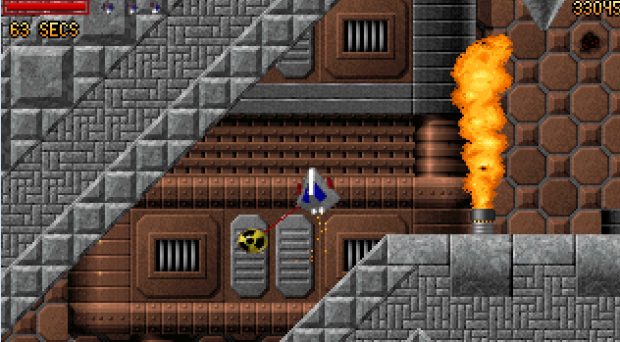 You know when you're flying your radio-controlled helicopter through a local sewer network and a big angry rat decides to grab a skid and hang on like grim death? Or that bit in wrongly-imprisoned lunar lander movies when the wrongly-imprisoned lunar lander makes a break for freedom while hindered by an incredibly heavy ball-and-chain? That's TerraFire. 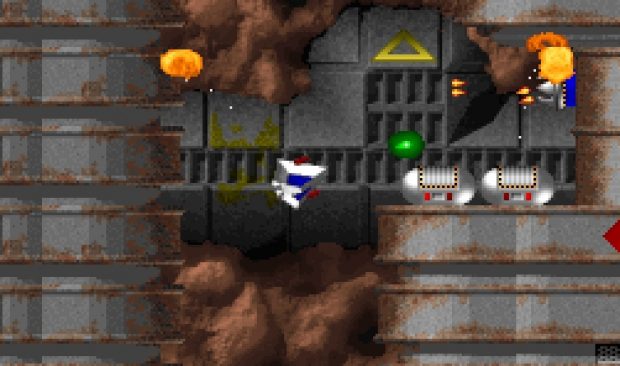 A DOSBox-accessed Gravitar homage with lovely parallax backgrounds and handsome faux-3D sprites (screenshots really don't do the game justice) you control an Asteroids-style twirlable spaceship with a morbid fascination with the bottom of the screen. For the majority of a standard 'recover the nuke' mission this ship is unencumbered and time-rich – it can dart about like a dragonfly delicately eliminating enemies, activating gates, and opening loot pods at its leisure. It's only when the splendidly spherical timebomb is located and auto-tethered that you find yourself hampered and hurried. 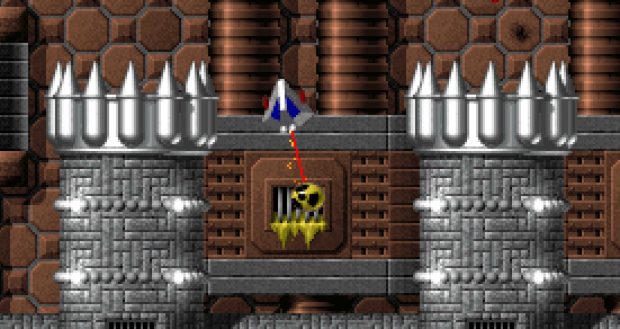 As you head for the surface, cursing the fact that you failed to completely clear your escape route on the way down, the clock ticks and that weighty atomic pendulum makes every manoeuvre much trickier. Can you drag the deadly cargo out of the catacombs before it detonates or your bruised ship pops like a soap bubble on the tunnel walls? A nicely judged difficulty curve ensures the answer is often “Possibly. But it's going to be tight!”.

RPS was out of office. We asked our friends to write short posts like the one above on subjects of their choosing. This was one of them but the CMS failed to push it live when scheduled. Read them all here.