Kick the tires, whistle at the paint job, spin the keys on your finger like a revolver and then shoot the car with the little laser of unlocking. It’s time to get back on the road. What’s that? Entire country in a state of unprecedented lockdown? I see. Well, lucky for you, we concern ourselves here only with pretend cars, the indoor joy of fictional journeys on virtual roads. Here, my housebound friends, are the 9 best road trips in PC games. Seatbelts on, please. 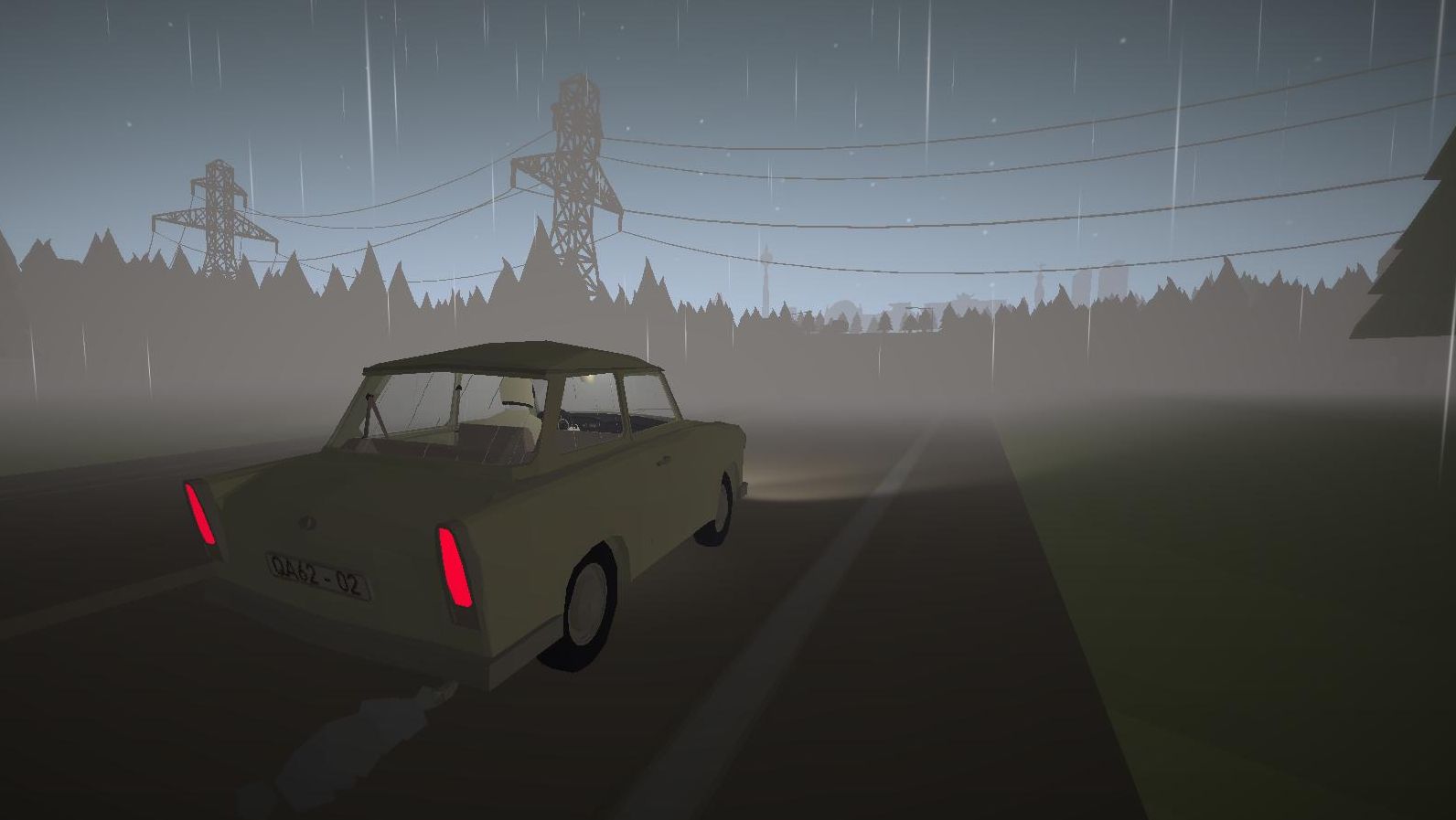 Jalopy is a driving game that truly understands the absurd ambition of road trippery. You have been gifted an old banger, the Laika 601, by your generous (if bedraggled) uncle Lutfi. It is a cramped wheely bin of a vehicle, based on the Trabant 601 of 1960s East Germany. You will need to change tires, mix fuel, swap batteries, and wrestle with various innards to keep your rusty little friend from dying by the side of the motorway like an unlucky rabbit. But upgrades, salvage and smuggling will see you across many a European border, chugging and clunking along as your uncle natters incessantly about forgotten history. This is what road trips are all about. A bad car, questionable company, and frequent breakdowns of both the mechanical and emotional variety. Strap in, you’re taking this unruly metal baby all the way to Istanbul. 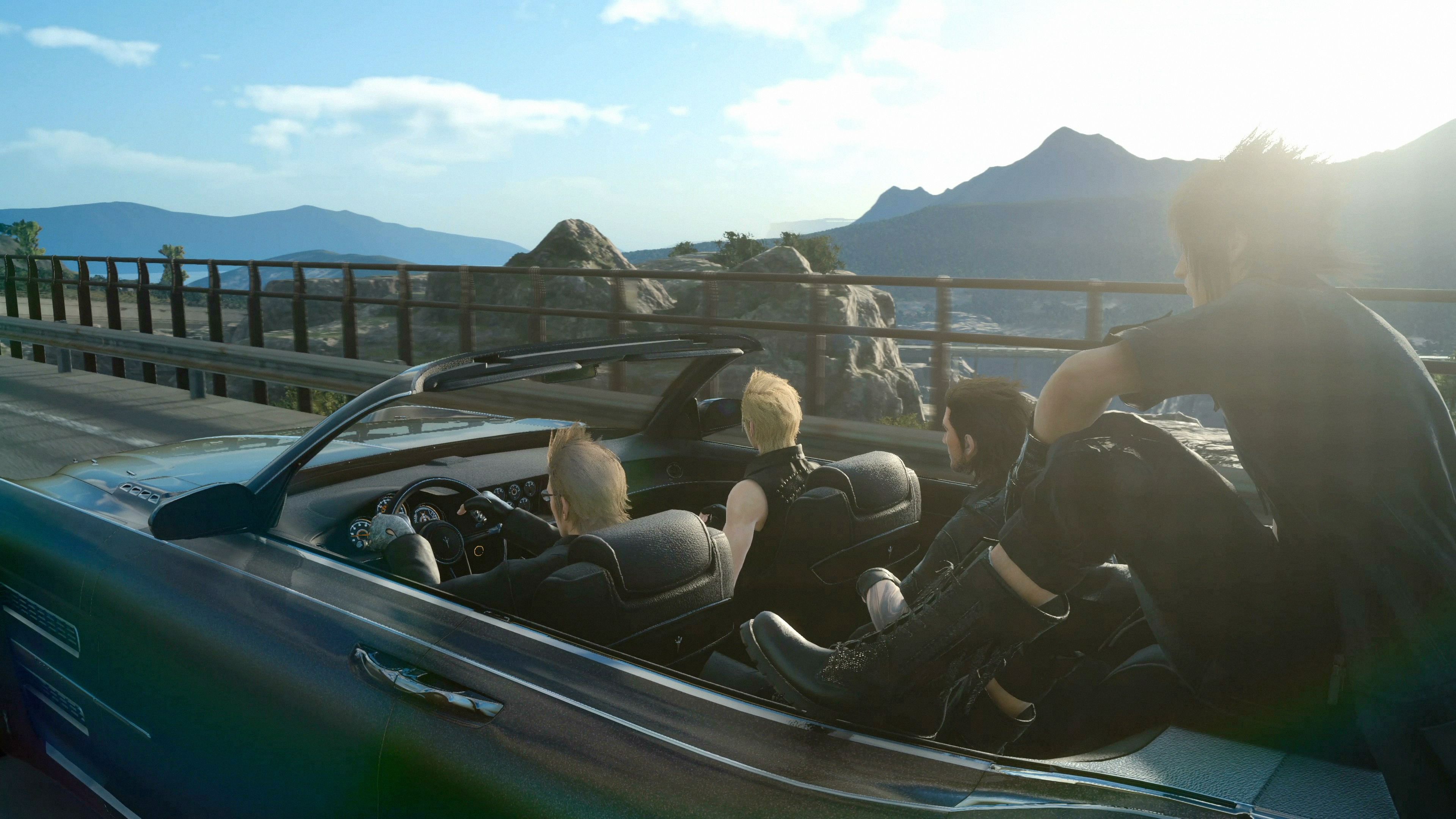 Square Enix’s premier boy band world tour has you driving a waxed-up automobile accompanied by four lads with hedgehog hair and an insatiable appetite for boring side quests. The game eventually throws its “Final Fantasy but a road trip” premise out the window like the smoldering arse end of a ciggy. But, while it lasts, the atmosphere of being in a shiny convertible with some close buds is a pleasing one. They stop to make camp and eat noodles. They reminisce about childhood misadventures. They visit a Venetian city, and watch as it is destroyed by a gargantuan snake god. All the usual bants of a good cross-country journey. 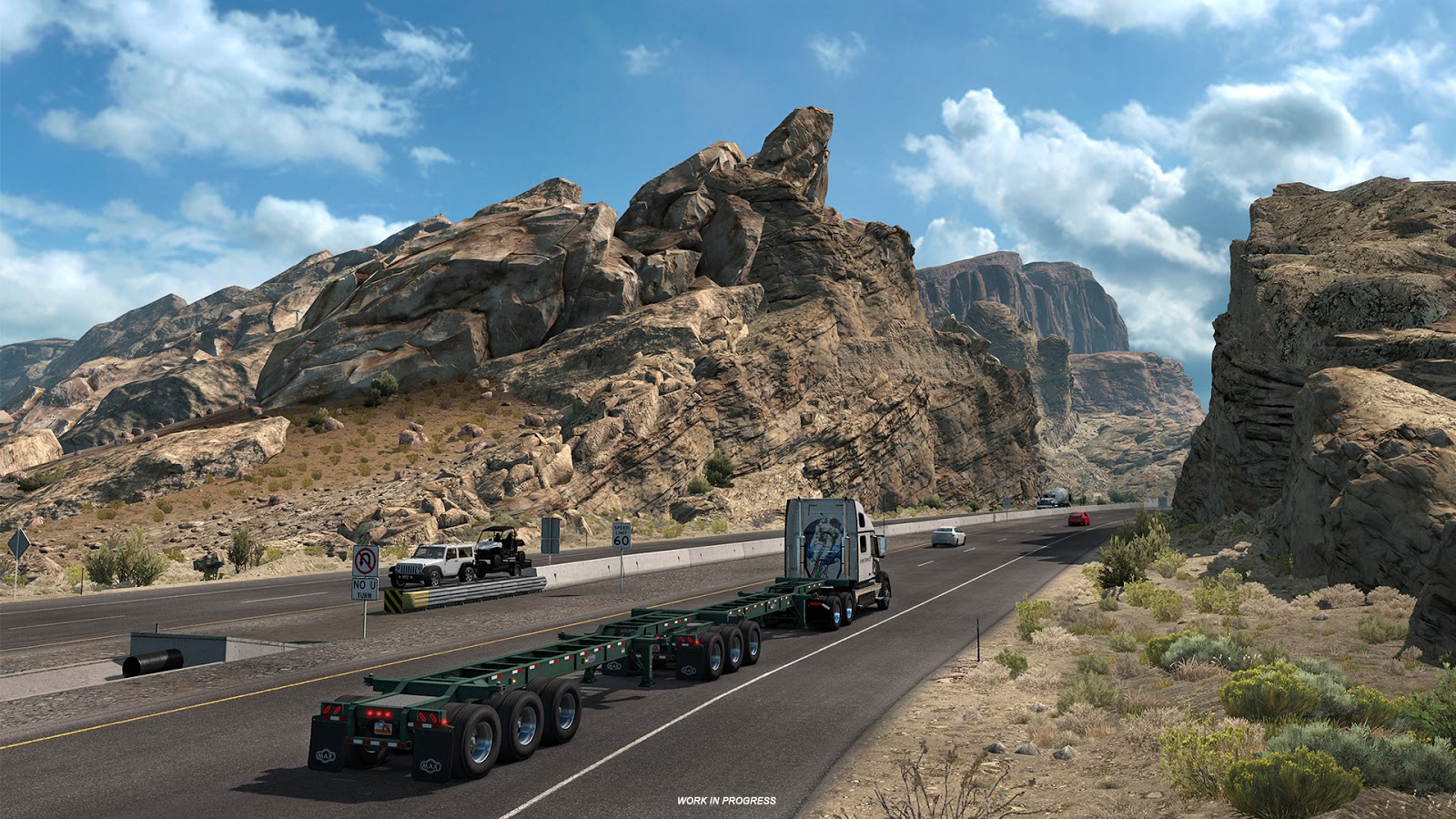 A driving sim so detailed you can roll the windows down. Not only that, but the sound effects of traffic and truck will change when you do, from muffled to whooshing, from rumble to growl. American Truck Simulator is the beloved take-a-moment game of RPS. Despite being a game in which the only real goal is to travel from A to B, it has kept Alec sane, bedazzled Alex Wiltshire, and made Alice O feel far too dry, such is the power of its atmospheric charm. From an outsider’s perspective, this sim is the weirdly mundane realm of hobbyists and people who inexplicably like their exhaust pipes to be the size of small trees. But climb inside the cab, friend. Between A and B, you might find what you’re looking for. 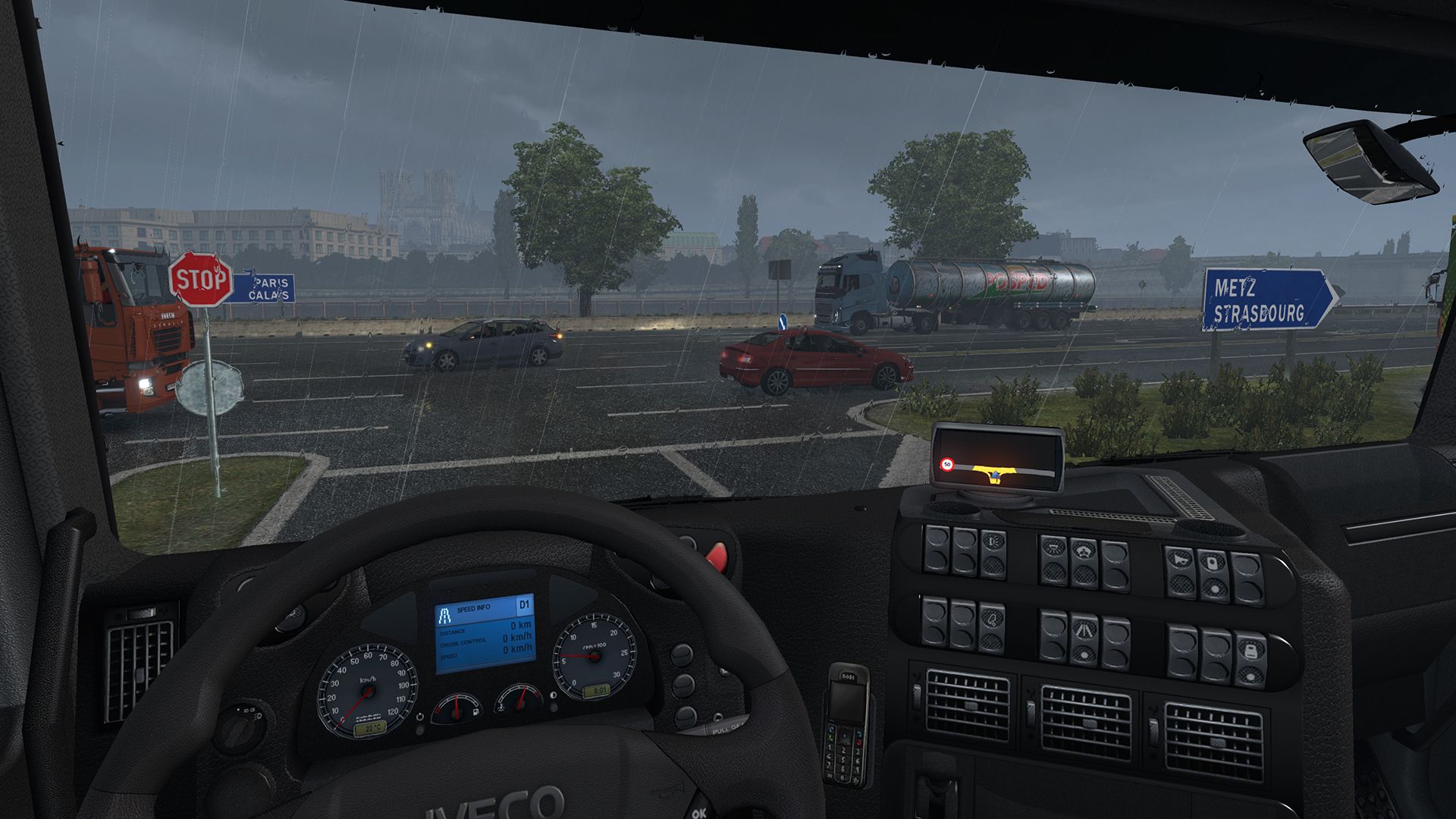 As above, but with pessimism. 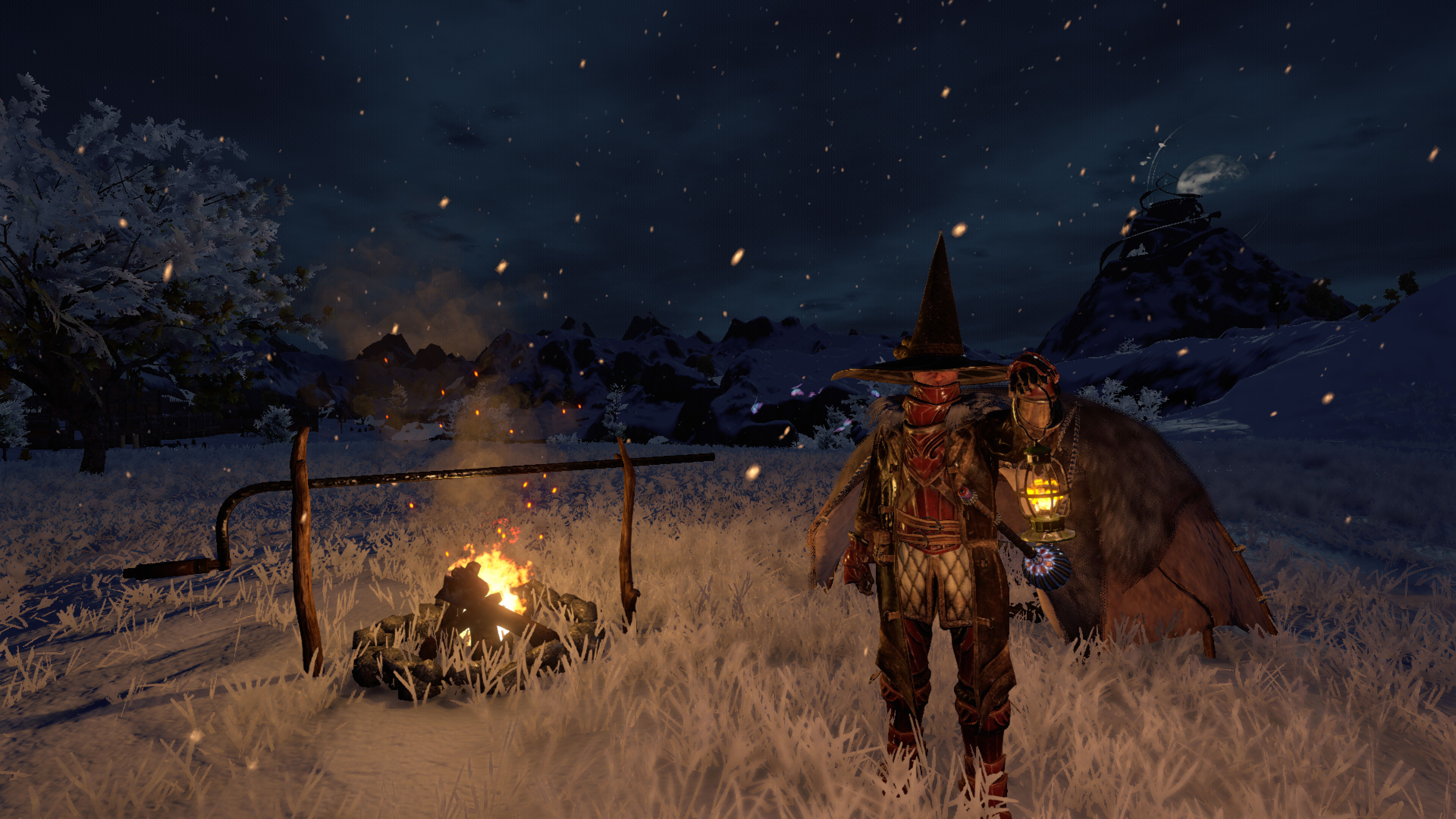 You don’t need a car for a road trip. Or even a road. This barely distinguishable path beaten into the dirt will do. Don’t be so narrow-minded, mate. As long as there is one place, and another, farther-away place, there can be a road trip. Pack your frying pan, pick up a lantern, stuff some herbal tea into your pockets, and let’s head off. I’m not just being colourful here. In co-op jaunt ‘em up Outward, you and your friend will need the pan for boiling water, the lantern for seeing things in the deep black of night, and the tea for getting over the inevitable cold you catch from being out in the rain too long. It is an ambling RPG about going on a journey, and usually being under-prepared. Oh, there are also wolves, troglodytes and giant purple-eyed mantis creatures. Watch out for those. 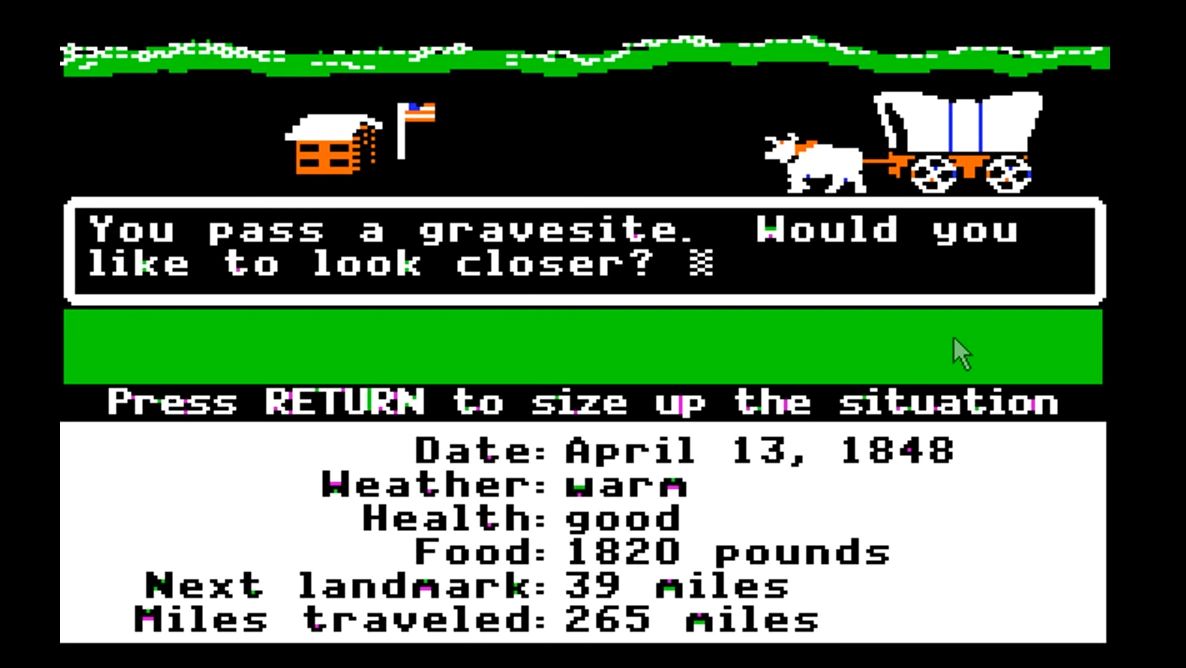 I’ve never played this and, let’s be honest, neither have you. Let’s just pretend I made a joke about pooing yourself to death, and you laughed. A comfortable, safe, and hollow laugh. The laugh of a joke both foreseen and postheard. The empty, glassy-eyed laugh of a person who knew this game would be on this list before they even finished reading the headline. Who are we fooling. Who are any of us fooling. The Oregon Trail is not a game. It is a ritual. It is a spirit, often invoked, never seen. Let us forget these putrid few seconds, which we have excreted into the void, time wasted and expelled from the body, forever. Like dysentery. 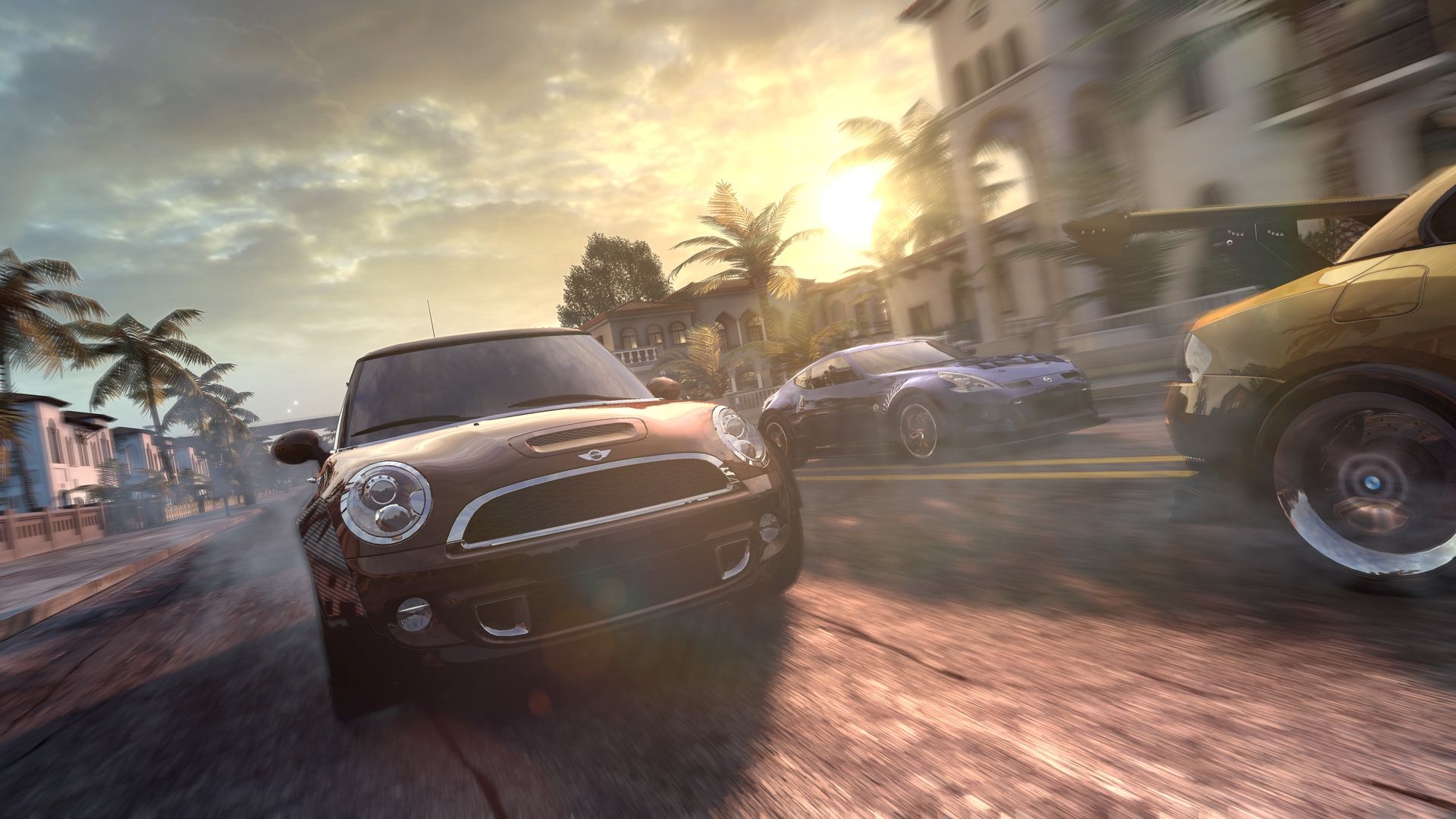 As a racing game, The Crew was a bit crap. The cars were less fast and furious, more wonk and spurious. But as a cross-country dossabout, it was enjoyable. The open world is a USA in miniature, from the red rock pillars of monument valley, to the deserts of Nevada, to the snowcaps of the Rocky mountains. Basically, if you want to saunter from one US coast to another, taking in the scenic beauty of the land, but you lack the moral fibre to commit to the slow ins and outs of Truck Simulator... well, you’ve got The Crew. This is the accessible road trip for time-starved car likers. You can get across the whole nation in less than two hours. Trust us, we’ve done it. 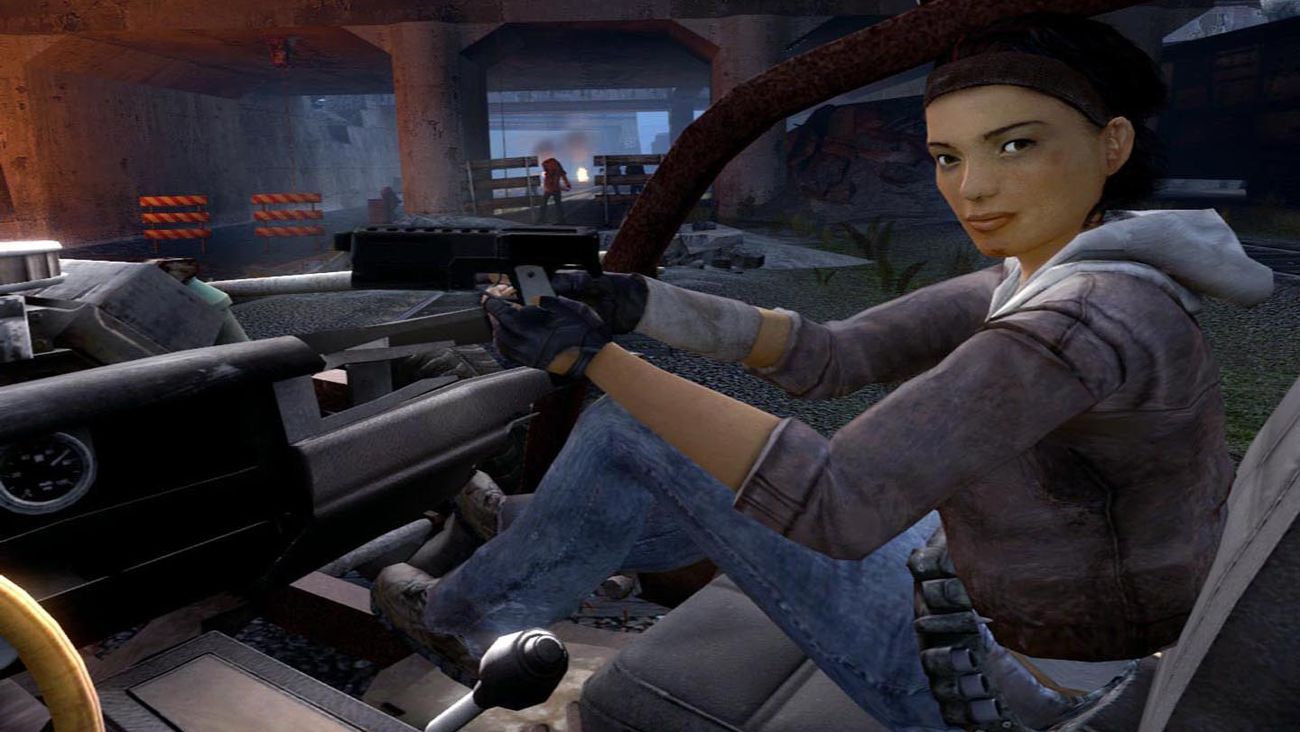 Graham made me put this one in, because he likes crossing the Valveverse in Gordon and Alyx’s Mad-maxmobile, skirting the legs of tripods and gunning down infestations of antlions. What merry scrapes that man is into. Has he, like many others, attempted to traverse the entirety of the game with a garden gnome in the passenger seat? I do not know, and frankly, I am afraid to ask. 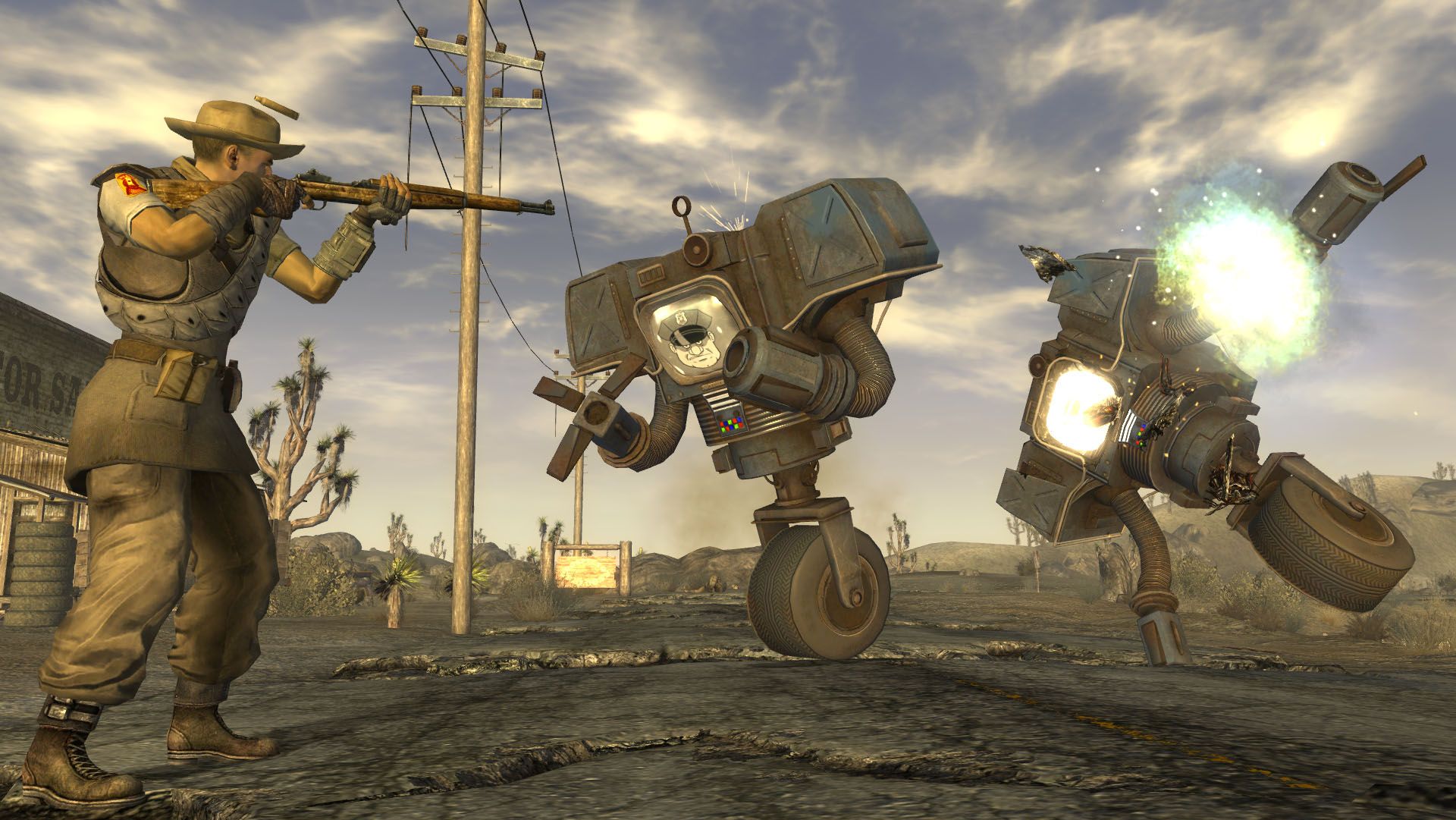 A road trip can lack a car, it can even lack a road, but if you haven’t been shot at from the mouth of a giant dinosaur statue, it does not qualify.

One Off The List from… the best distress calls

Last week we heard some muffled screams over the radio, and discovered the 7 best distress calls in videogames. And none of you explicitly called for any of them to be removed from the list. You are all fired.

Which means it's up to me to examine the subtext of your comments and remove one of the games based on a close reading of your cybernetically distributed emotions. It’s… Subnautica. 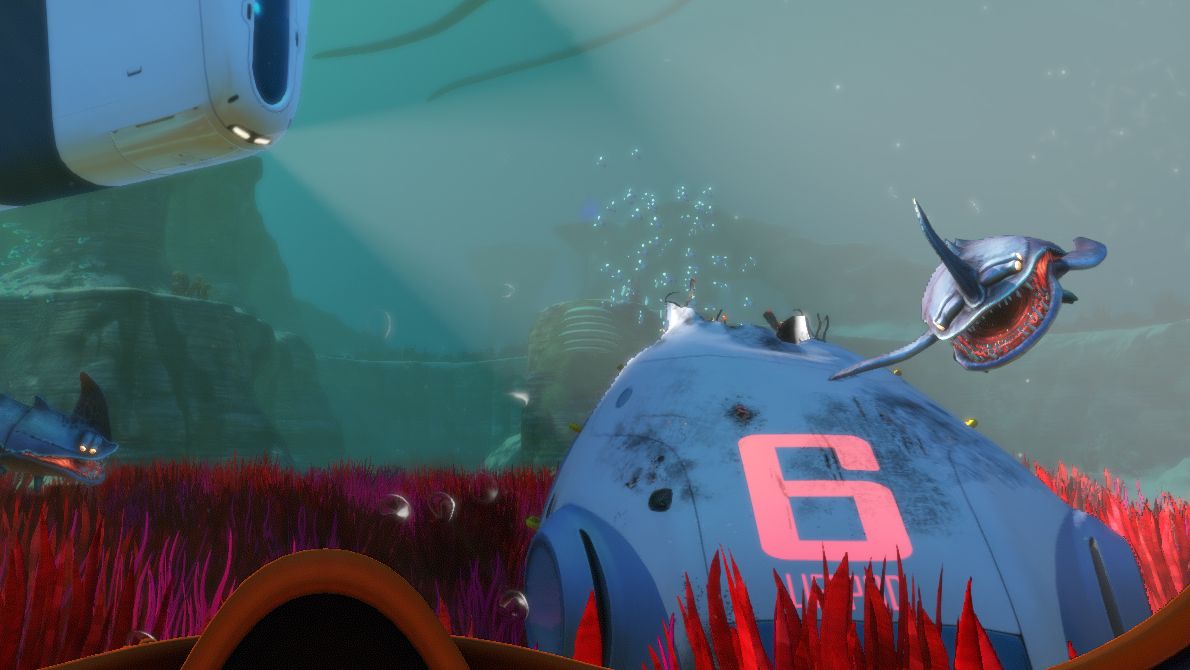 "Subnautica, for fuck’s sake," cries list deliberator "Godwhacker", as they point out the fatal flaw in all environmental storytelling. "If you’re in that much distress surely you shouldn’t be typing things into your iPad? At least open up Trello and create a board with ESCAPE THE FIRE in the ‘To Do’ column, and then move it to ‘In Progress’."

Yes, why do so many dead-meat game characters spend their dying moments writing "they're coming through the walls" instead of getting on with the barricade? It's a mystery. Anyway. See you next week.