Football. Tennis. Conkers. What do these historic, reputable sports have in common, I ask you. That’s correct, they are not extreme enough. Please, quiet now. I am here to do the talking. Yes, there are sports videogames, your FIFAs and your Mario Tennises. But they do not fulfill the desire within all of us for the extreme, the radical, the pushing of it to the max. I will now demonstrate, through force of listicle, the 9 most extreme sports in PC games, from bone-breaking snowboarders to motorcycle Wipeout. And you, in your turn, shall be thankful to this website for providing such diversion. Now, read. 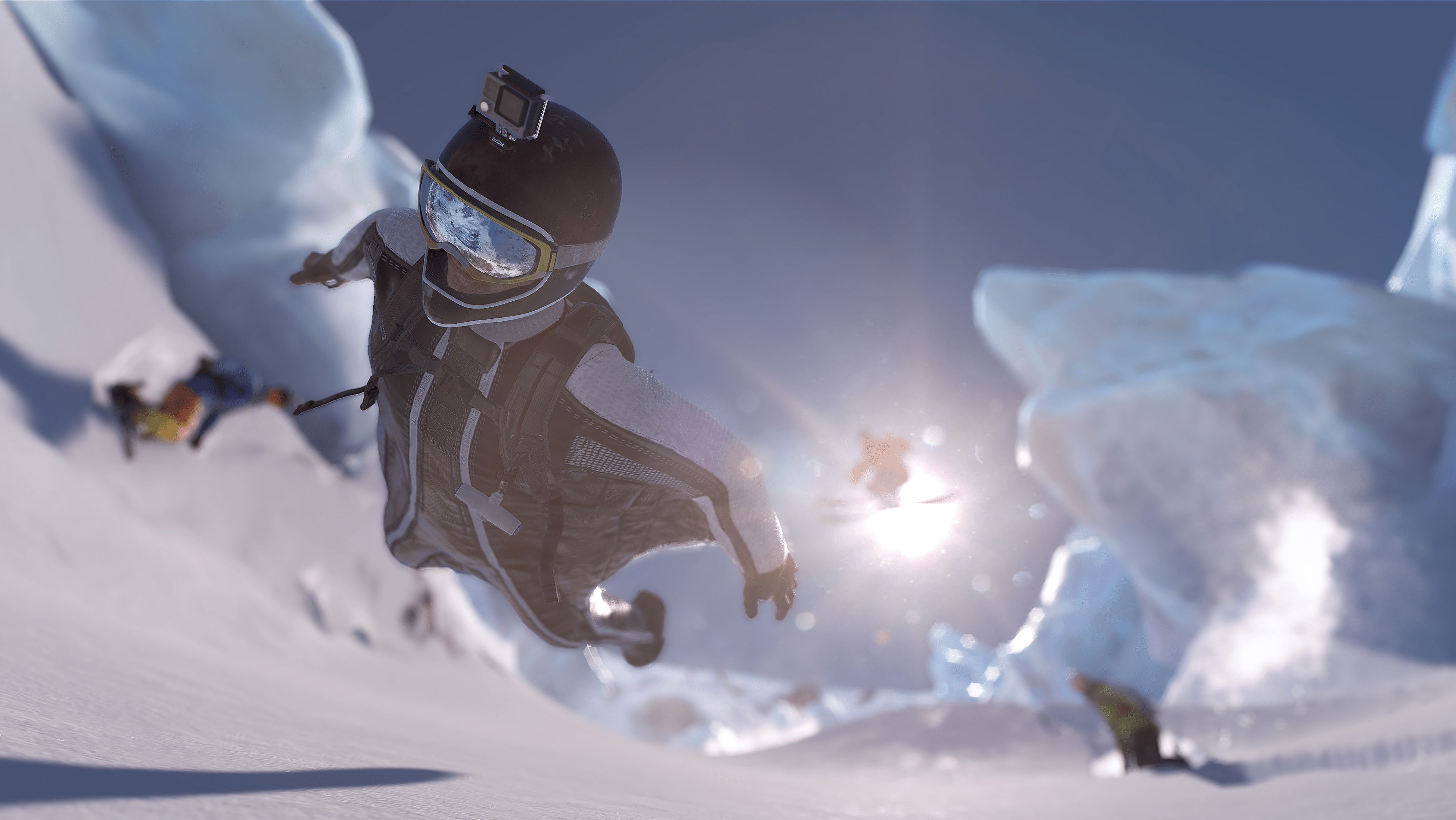 In snow-surfing winter sports game Steep, you are tasked with racing fellow ski freaks down perilous Alpine mountainsides, or wingsuit-diving from Red Bull-sanctioned suicide platforms. But the game’s most twisted mode reveals itself in the “bone collector” events, some of which demand you jump from a height and hurt yourself in a more athletically robust way than your opponents. Namely by tumbling down a face of sharp rocks, breaking every conceivable component in the human body. It is a points-based system of self-harm. Ragdoll physics at its most balletic, cruel and unusual. And to anyone who spent their misguided teen years swan-diving Lara Croft onto the stone floor of ancient temples, crumpling her into a mass of twitching polygons like a collapsible chair, these events offer an unsettling and familiar catharsis. 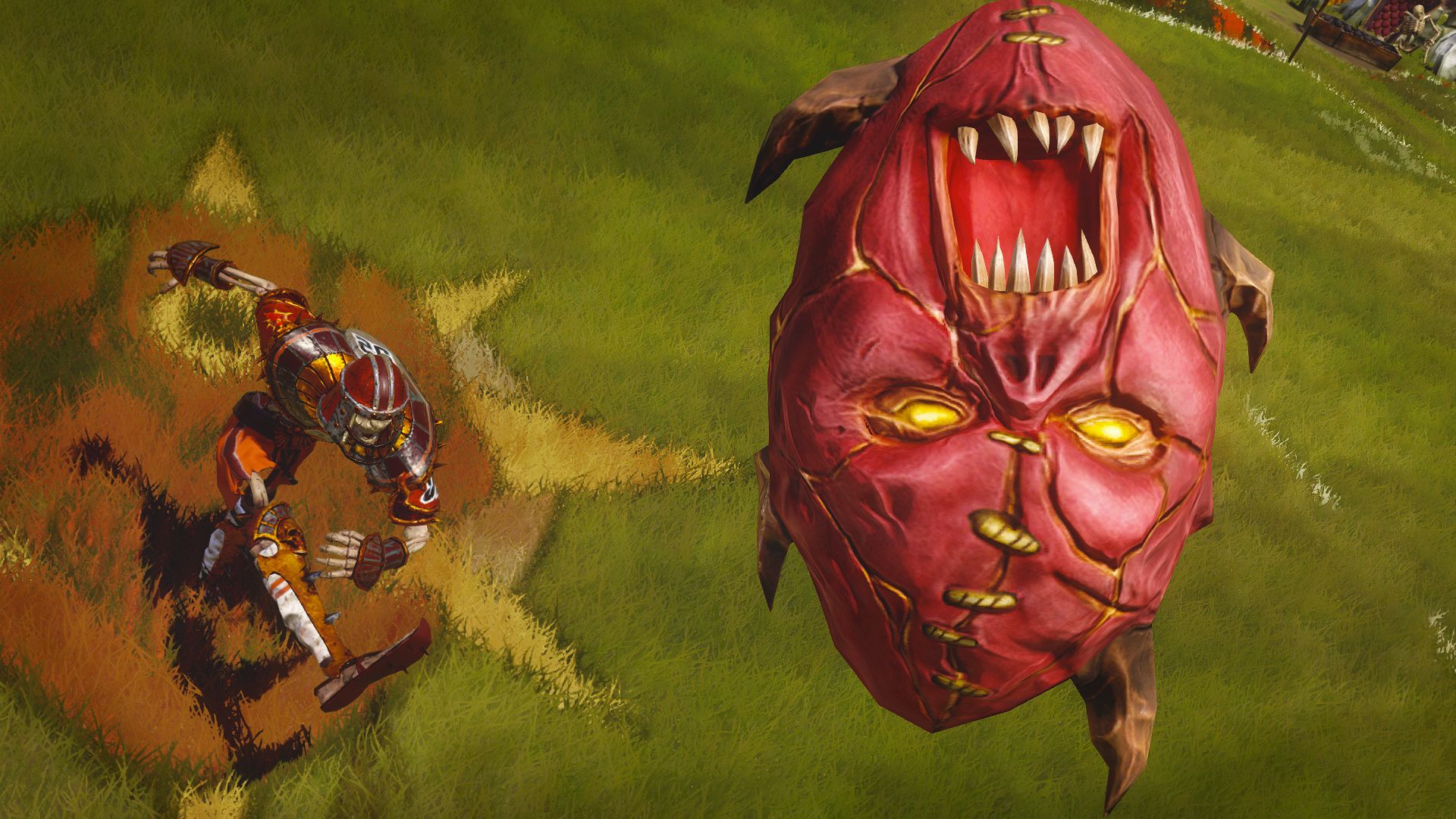 Blood Bowl is a sport of impressive monster plays, like this moment in which a goblin weaves through the opposition, picks up the ball, scuttles out of reach against all odds, before finally being plucked up by a troll who throws the goblin the rest of the way to the endzone, like some ugly meta-football. Of course, it is not clever or lucky tactical dilly-dallying that makes Blood Bowl extreme. That would be the blood. As Adam said in our Blood Bowl 2 review a turnover “doesn’t take place when the ball hits the floor in Blood Bowl; turnovers happen when opponents hit the floor”. Much of the sport is spent butting players’ ribs with ram horns or delivering spike-fisted uppercuts to the nearest marked man. Imagine if everyone on a football field had the orcish alacrity of Zinedine Zidane at a World Cup final. That’s a real sports reference! I don’t care if it is 14 years old, I worked very hard for it. 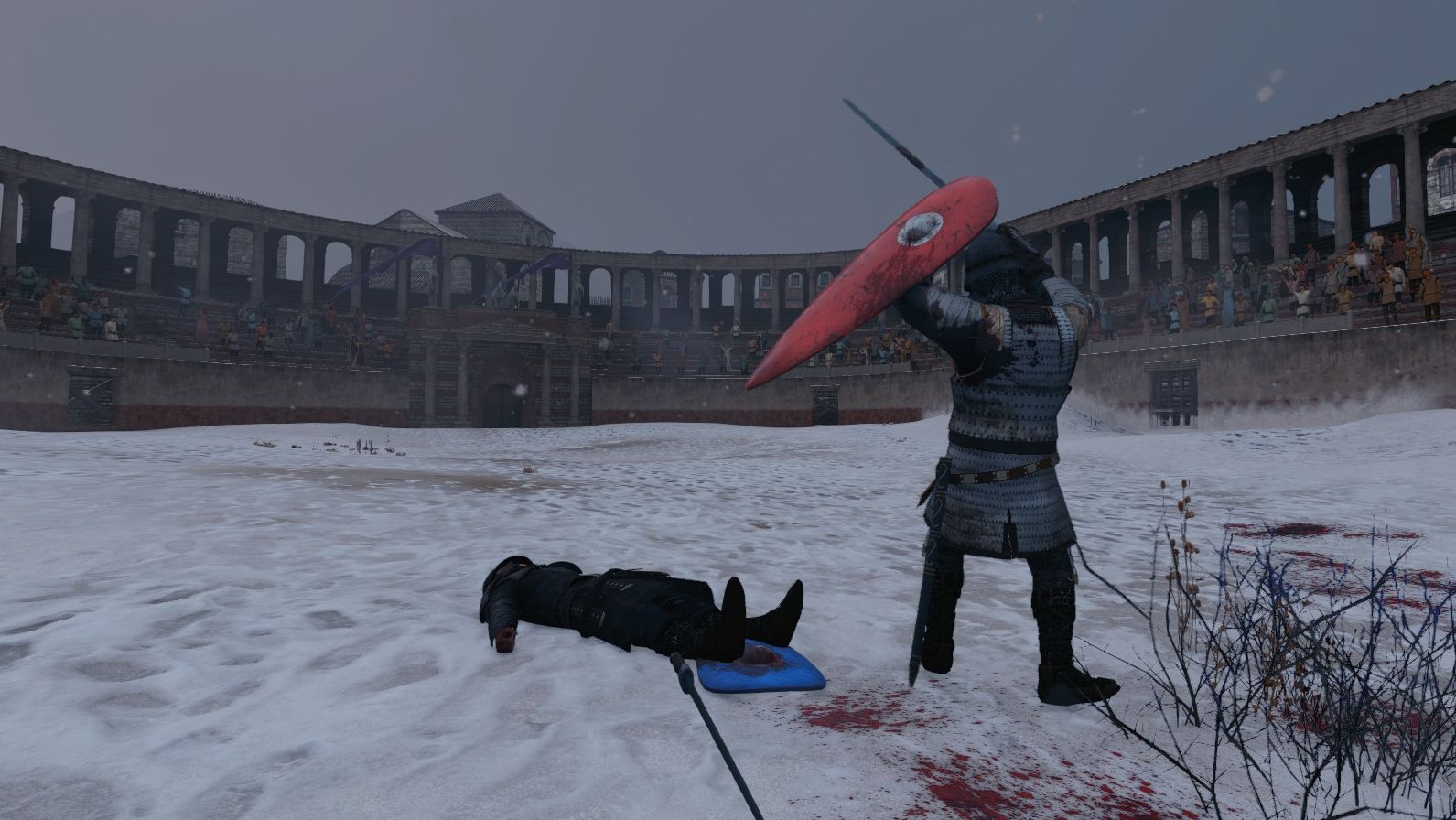 It’s one thing to kill a warrior honourably in open battle, where they may appease their gods with stained earth and a final battle-cry. It’s quite another to skitter up to a foe when they’re in the middle of a one-on-one fight with a third party, and shank them in the back of the neck with a rusty sword. Mount & Blade II: Bannerlord continues its predecessor’s gimmick of providing every city with a big arena full of dumb people carrying sharp objects. These are sandy pits of random chance and poor sportsmanship. You might be thrown into a chaotic melee with a stubby sword and find yourself staring down a shielded spearman. But there’s nothing stopping you from prising the mace from that dead man’s fingers. 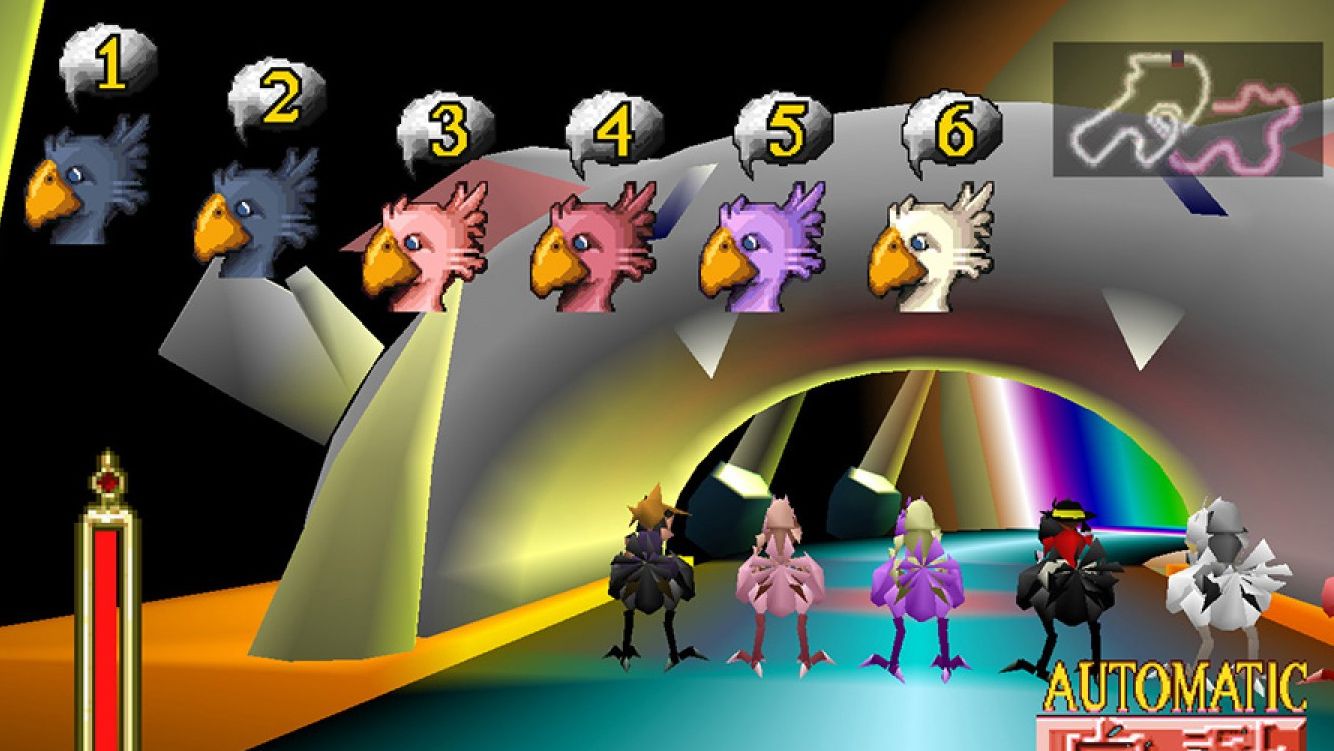 This is a joke entry, please ignore. 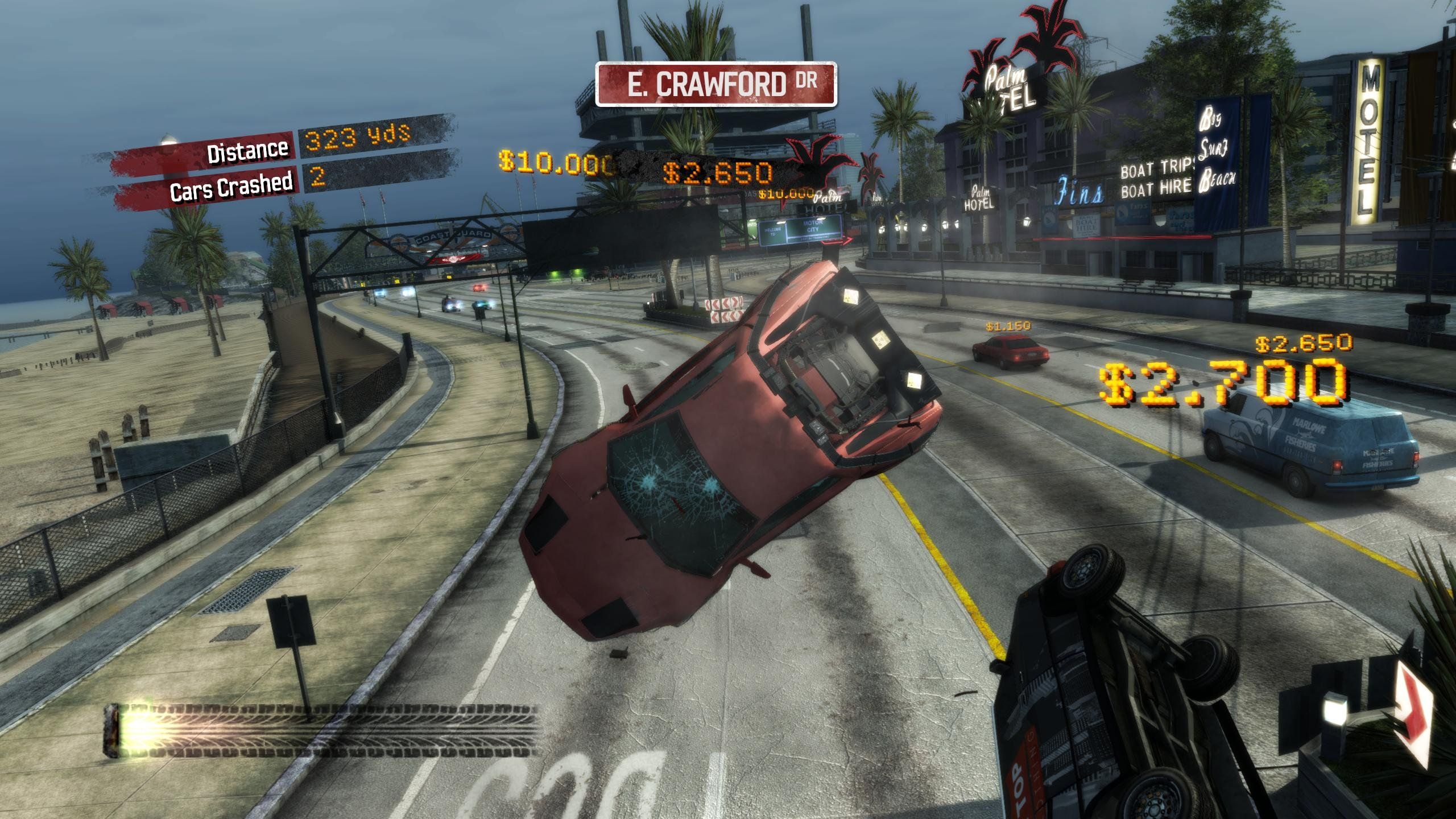 The “showtime” mode of open world racer Burnout Paradise lets you flip a switch at any given moment and start a vehicular somersault worthy of Bollywood action movies. It is the absurd crash mode of previous Burnouts applied to whichever crossroads or highway you desire, granting you magical post-smash control over the physics of your vehicle, leading to comically long tumbles along lanes of oncoming traffic. Every crushed limousine and pulverised bus grants more points in “damage caused” and simultaneously charges a boost bar, pumping yet more energy into your seemingly perpetual cascade of steel. All in the hopes of besting other players’ scores on that stretch of city road. You say: this is final proof that humanity’s childish urge to compete is fundamentally self-destructive. I say: red car go smash. 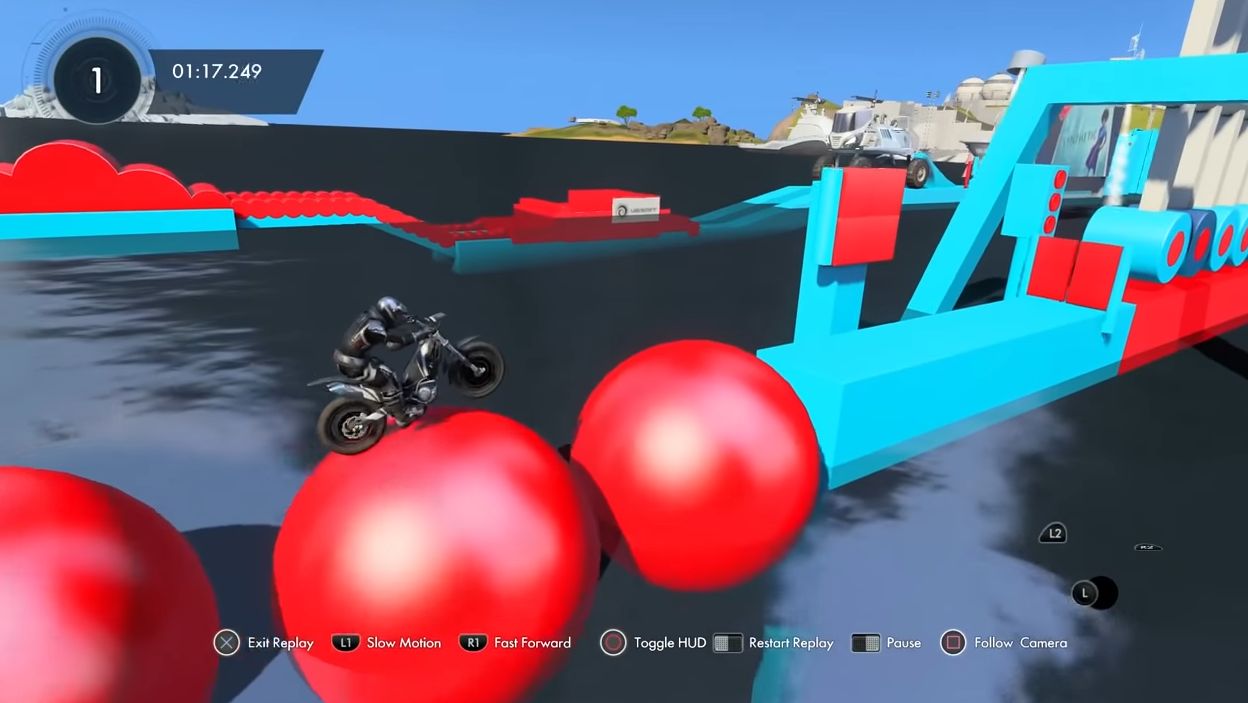 You know that old TV show that dispatched random hairdressers across an obstacle course of pain coated deceptively in foam? There are people who make that in Trials games. 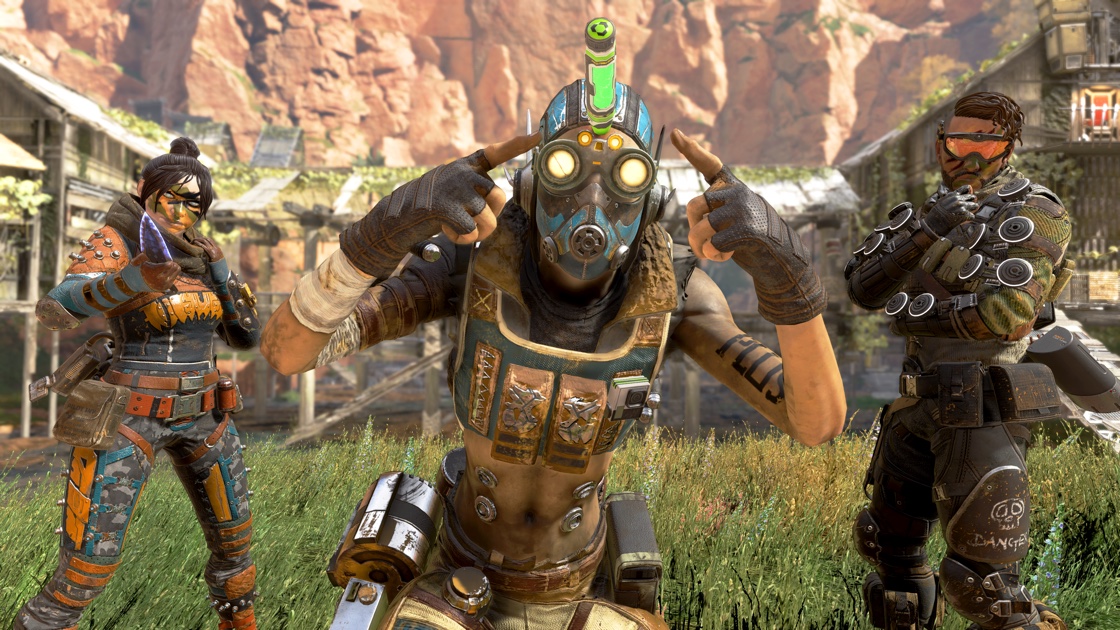 The genre of mayhem we continue to describe as battle royale and not simply “deathmatch but bigger” has pummeled humanity into submission in the last few years, yet this should not come as a shock. The real surprise is that it took so long for the corporate chieftains of our industry to bring the horrific realm of videogames to its logical conclusion. To be thrust onto an island with 99 unstable murderers and only your wits to guide you is such a stroke of simplistic psychopathy it is a wonder this virtual bloodsport did not happen sooner. Man truly is the most dangerous game, but Fortnite is a close second. 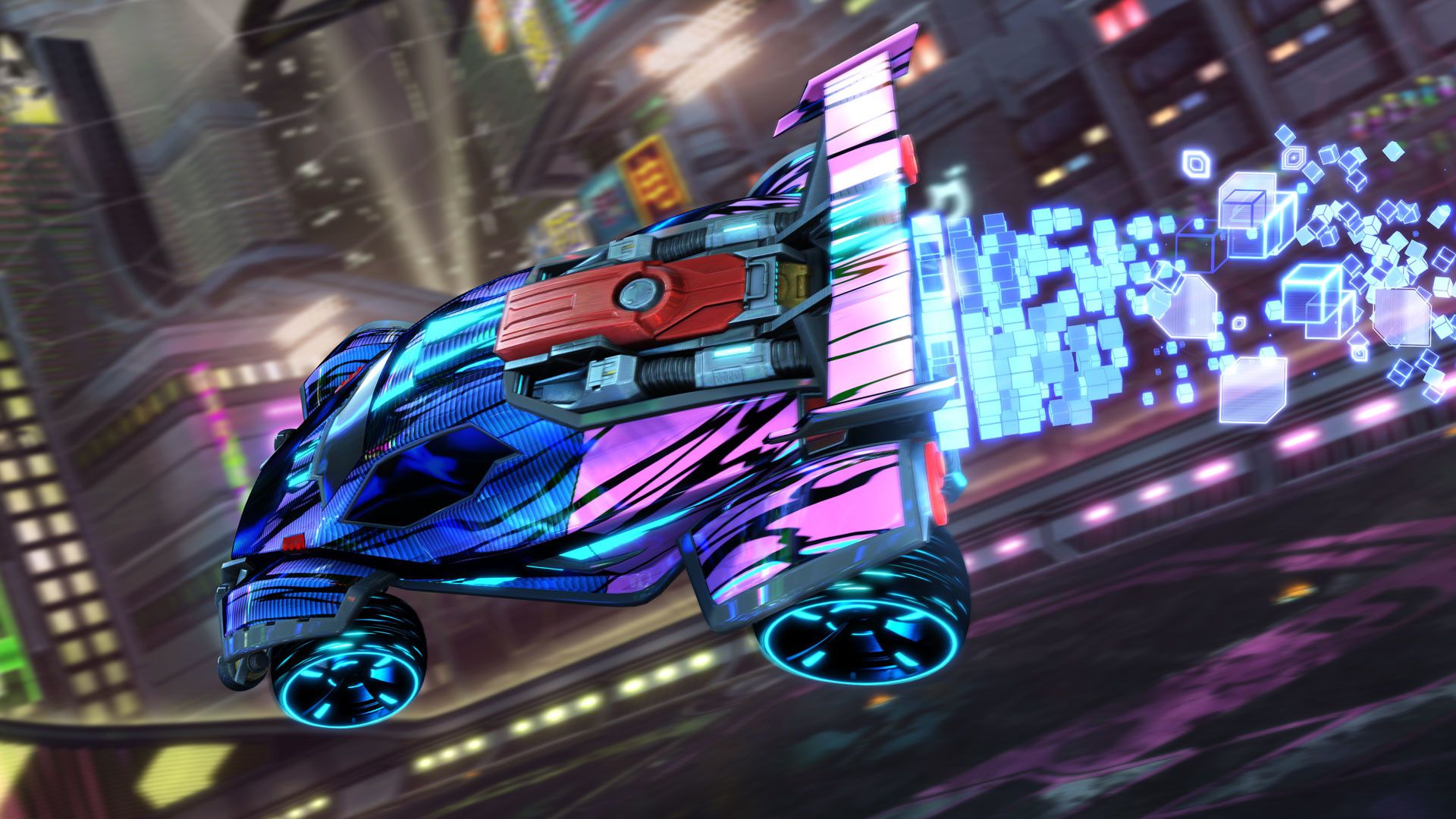 The extreme thing about Rocket League is not the flying cars, calculated tackles, or ball entering the goal with the explosive force of a nuclear blast. It is the passive aggressive quick chat. 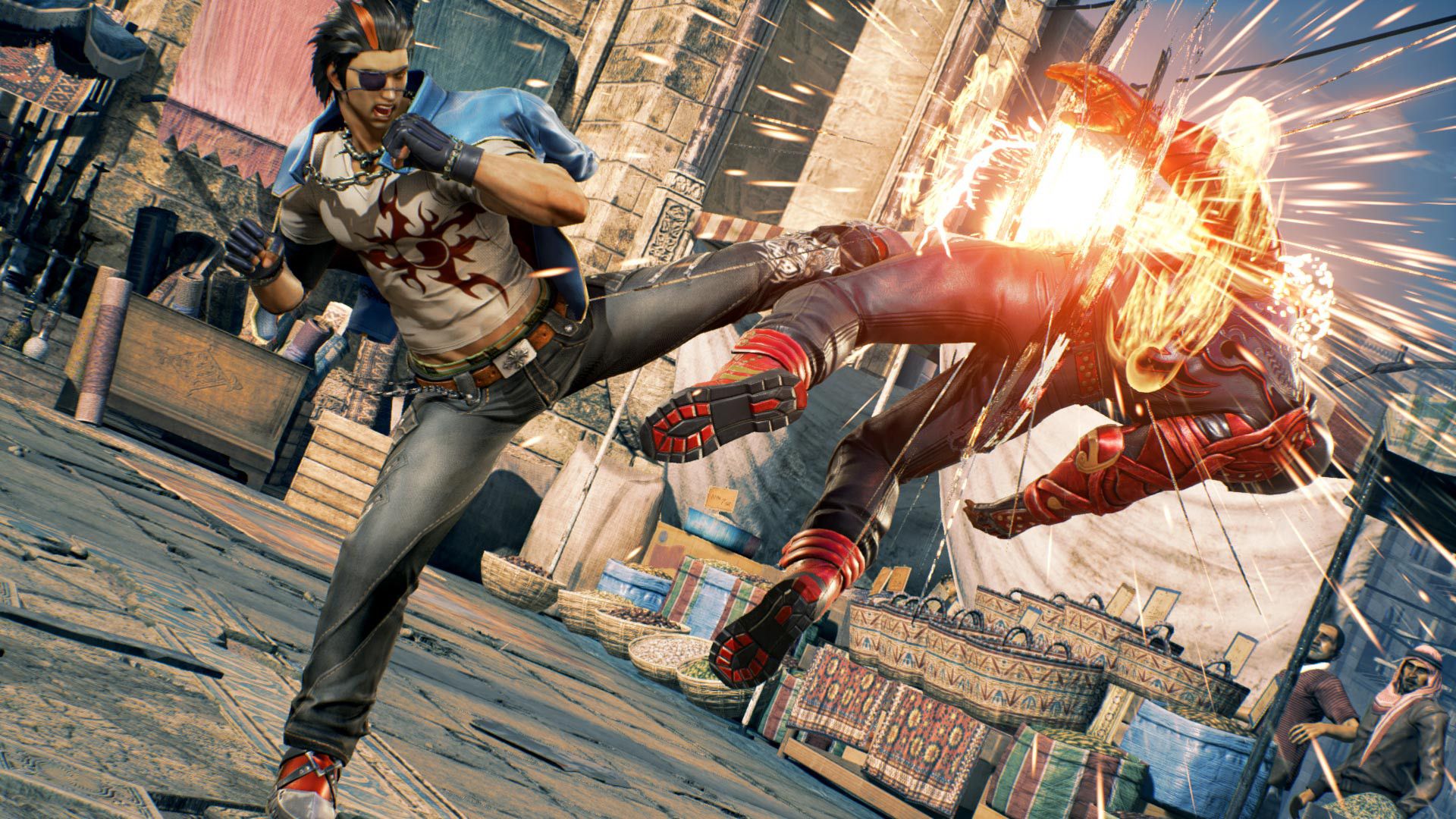 I mean, you could put any fighting game here, couldn’t you? Injustice sees Batman lifting his enemies into the stratosphere and shooting them with a jet plane. Dragonball FighterZ contains characters who can fire thick sapphire beams of energy through your head. Mortal Kombat is… well, you know. But listen here. Only the fist-fuelled tourney in Tekken’s dumbstruck world of criss-crossing flash-motives regularly sees you going tête-à-tête with a literal panda. And that is extreme. They’re endangered.

Last week we dove into a tank of the 9 deadliest sharks in videogames. None of them bit us, because in reality sharks are not that aggressive to humans. Still, you list goblins chose to oust one of these maltreated animals. It’s… the goblin shark. 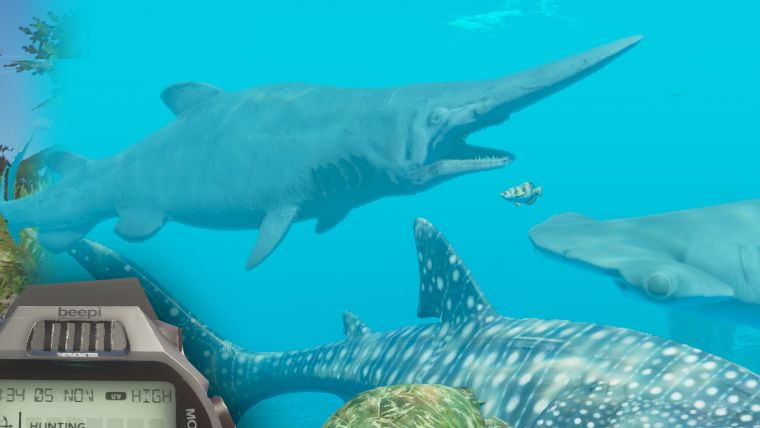 "I know sharks as video game enemies have to be exaggerated all out of proportion, but we’ve got to have limits," said list denouncer "The Librarian With No Name", gesturing at the goblin shark's poor history of eating mans. "Goblin sharks are slow-moving, deep-sea bottom feeders. They don’t come within a hundred meters of the surface, and they don’t tussle with human-sized creatures... If a human was ever savaged by a goblin shark, it would be because they spent a great deal of time and money locating and harassing a rarely-seen mesopelagic animal so they could be the first person ever savaged by a goblin shark."

You heard him, ugly. There's only room for one sort of goblin in this regular feature, and that's list goblins. Get out. The rest of you? Until next week.