Are you nostalgic for The Bard's Tale? I certainly played them back between 1985 and 1988, but being under 10, that was a very long time ago. I don't really remember them with any special degree of affection. And I'm certainly free of the peculiar reverence of those for whom such cows are too sacred to criticise even the decades-later follow-ups (subtweet). What I've been playing for the last couple of days is a bit of a crap RPG with some nice puzzles, and a decent combat system. And if that's faint enough praise to damn The Bard's Tale IV, I've done my job already.

The Bard's Tale IV is a shoddy thing. Immediately looking dated, it begins in a giant clumsy mess: half-arsed, poorly Photoshopped, mostly static image budget cutscenes interrupting each other, dialogue crashing, the scenes jumping about so much I thought I must have accidentally skipped something and started over. I hadn't. (Because of course you can't skip cutscenes.) Failing to introduce itself in any meaningful way, establish its world, even tell you who you are, where you are, or what you're doing, it just assumes you're au fait enough with first-person RPGs to just muddle your way through. 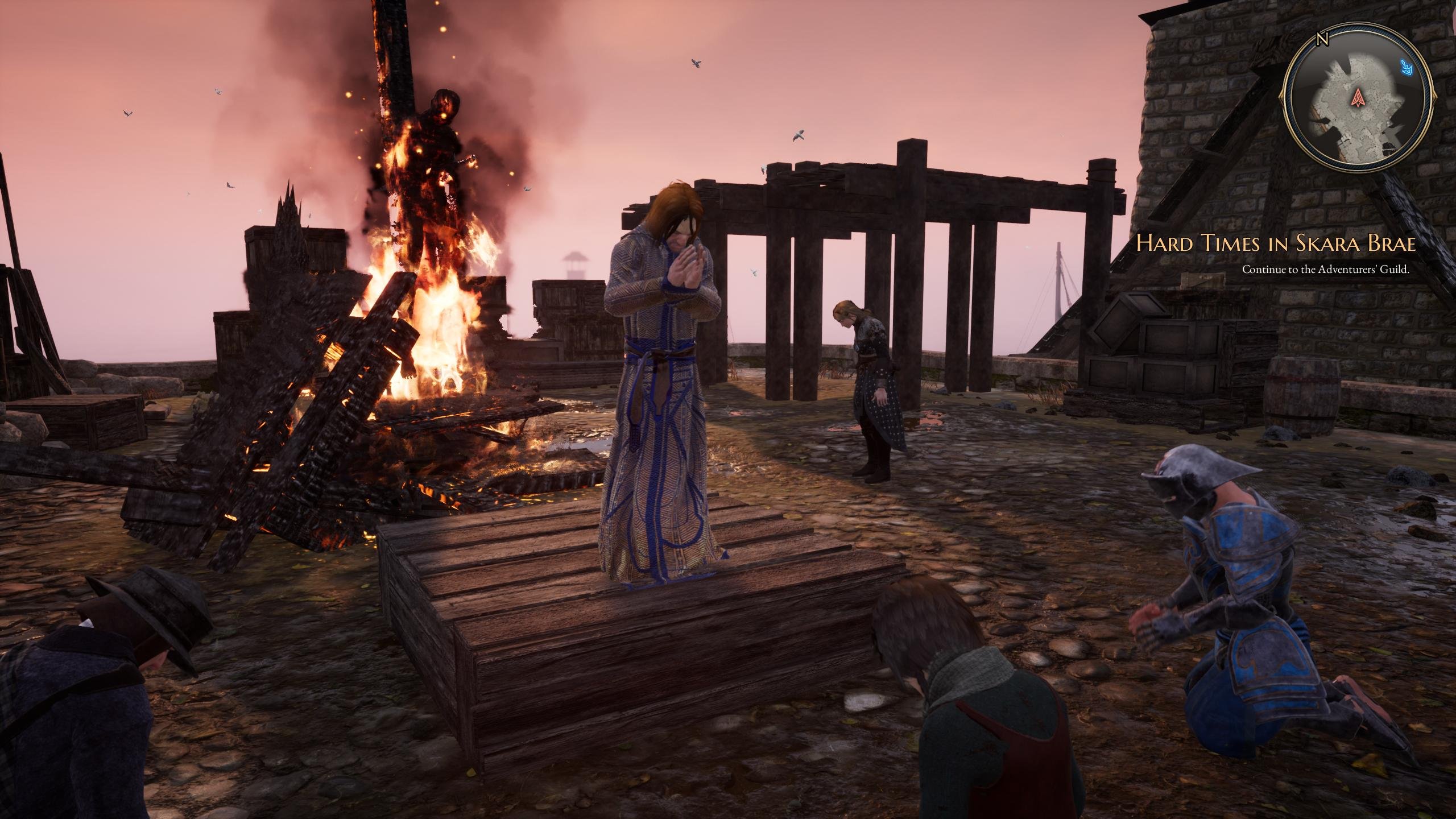 Instead, relying on your having played enough other similar games to understand what its outdoor sections are flailingly attempting to be, you just start talking to people, and walking toward quest markers, for want of anything else to do. And from there on, if have you the inclination, it's perfectly possible to slide awkwardly into that groove and get on with things.

Getting on with things was very much my overall feeling of The Bard's Tale IV. Seemingly without any distinct personality or atmosphere, instead it feels like the most generic of fantasy worlds (elves, humans, dwarfs, etc, they don't get on) with the most generic of quests to complete (go there, talk to them, kill that lot, find that thing). It really only finds its identity when in the extensive puzzle dungeons, yet plagues these sections with so many issues. Not least technical ones. 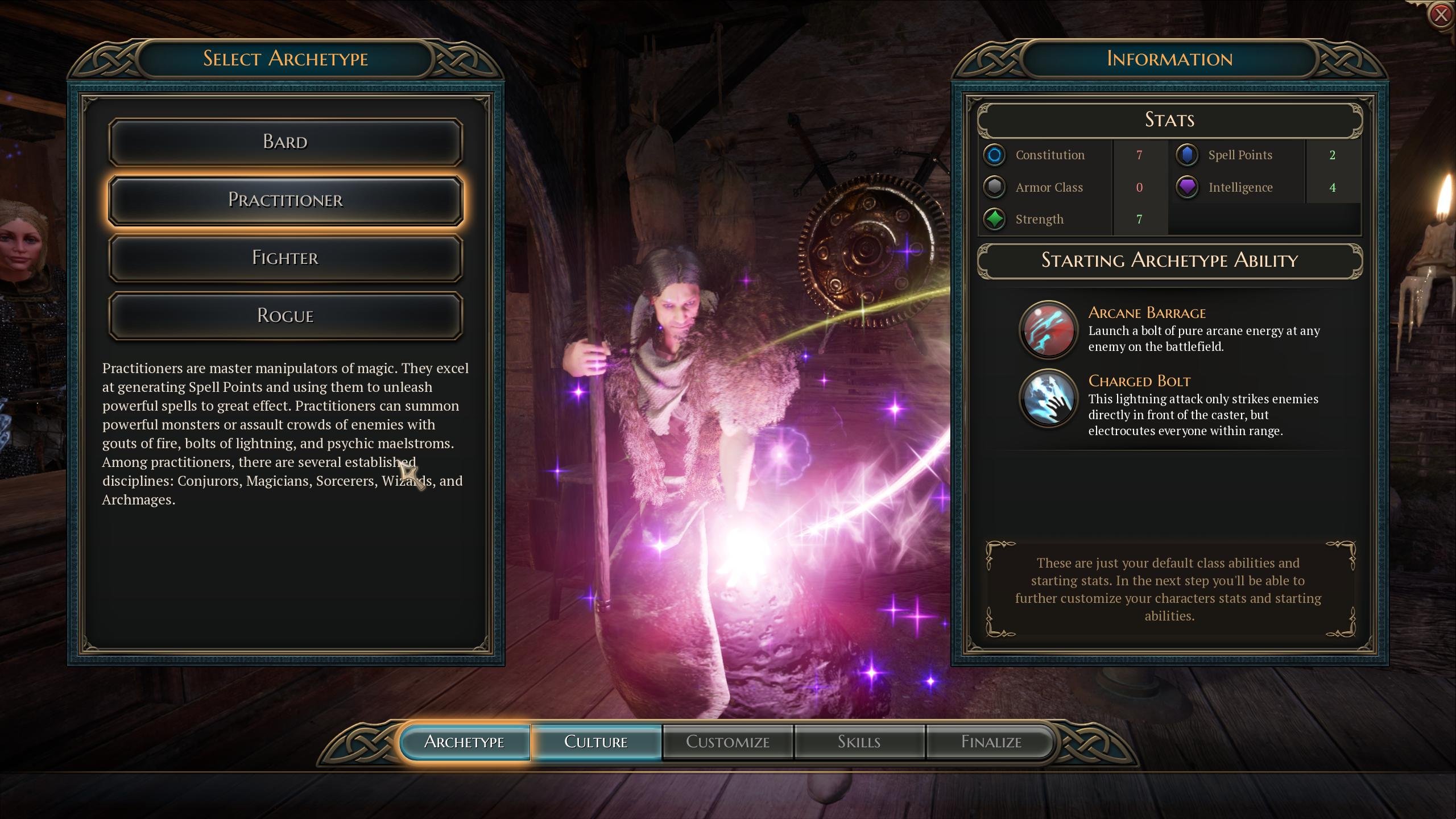 Even running on a GTX 1080 it couldn't hit 60FPS on anything above Medium, frequently stuttering and struggling on High or Ultra. Which is bad enough for any new release, but when the game manages to make the Unreal engine look at least ten years old, quite mystifying.

Load times are outrageous, around a minute and a half just for going outside of a building, and then there's the wait after that for all the textures to slowly appear around you. Meaning I've taken to playing a mobile game at the same time as Bard's Tale because the downtime is ludicrous. Also that gives me something else to do when it crashes to desktop. 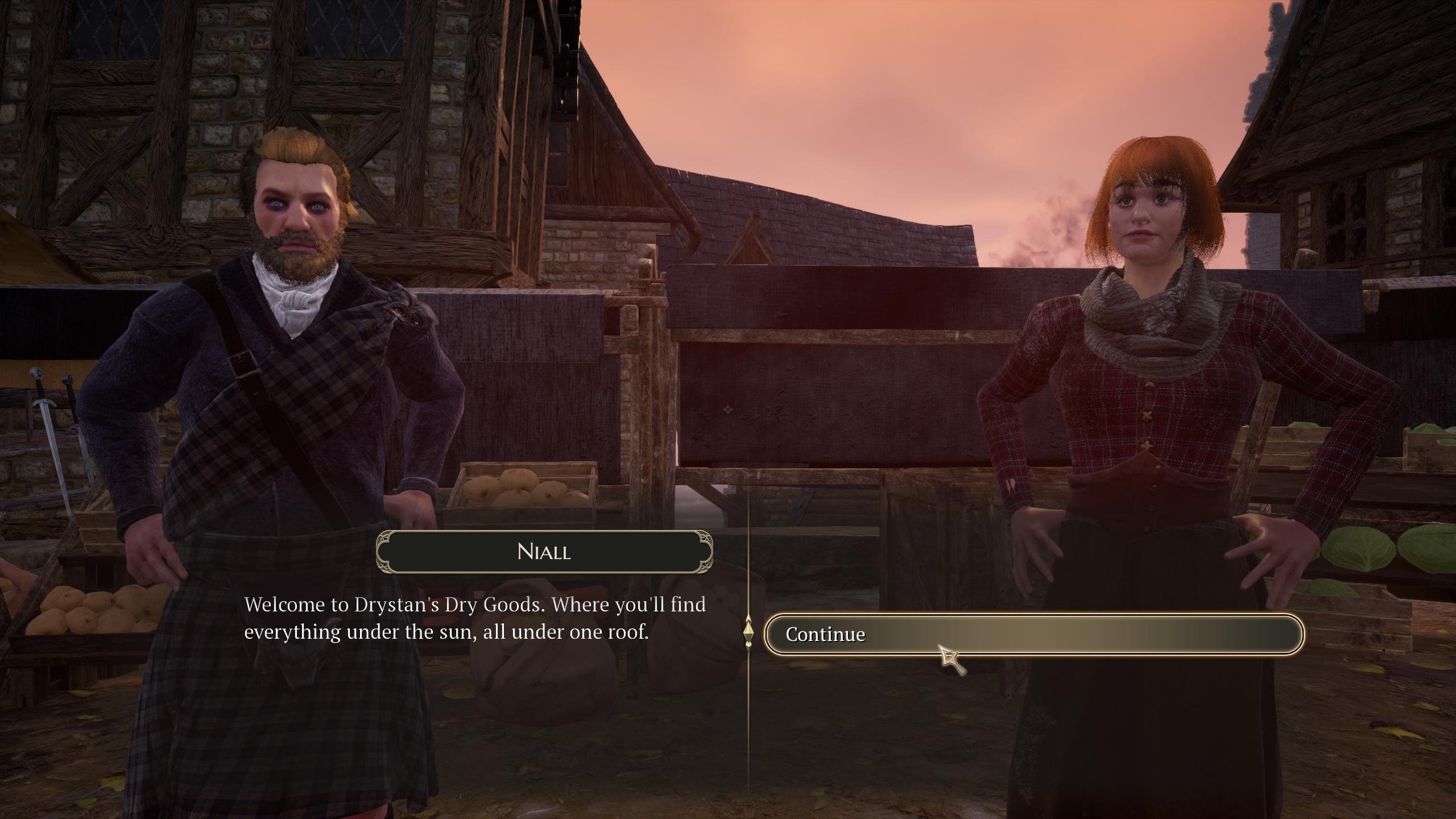 The one immediate highlight is the voice acting, a broad cast of Scottish accents delivered with undeserved enthusiasm, which only starts to fall apart once any other accent at all is attempted. A man spoke to me in Franglais with an offensively bad, um, Spanish accent? Meanwhile one actor's attempt at German could risk another world war. But when Scottish, all is lovely!

The problem is, what they're talking about is not quite so clear. It's been 33 years since I played The Bard's Tale on my ZX Spectrum, and I'm never quite sure if I'm supposed to be remembering what this game's all about. It's 30 years since the preceding Bard's Tale III! If that's the case, I'm going to venture that this was perhaps not a great plan. And if it's not the case - as I suspect - then this is some woefully cruddy storytelling. Characters speaking in pure Lore, after a "the various races hate each other and killed their gods" generic opening. 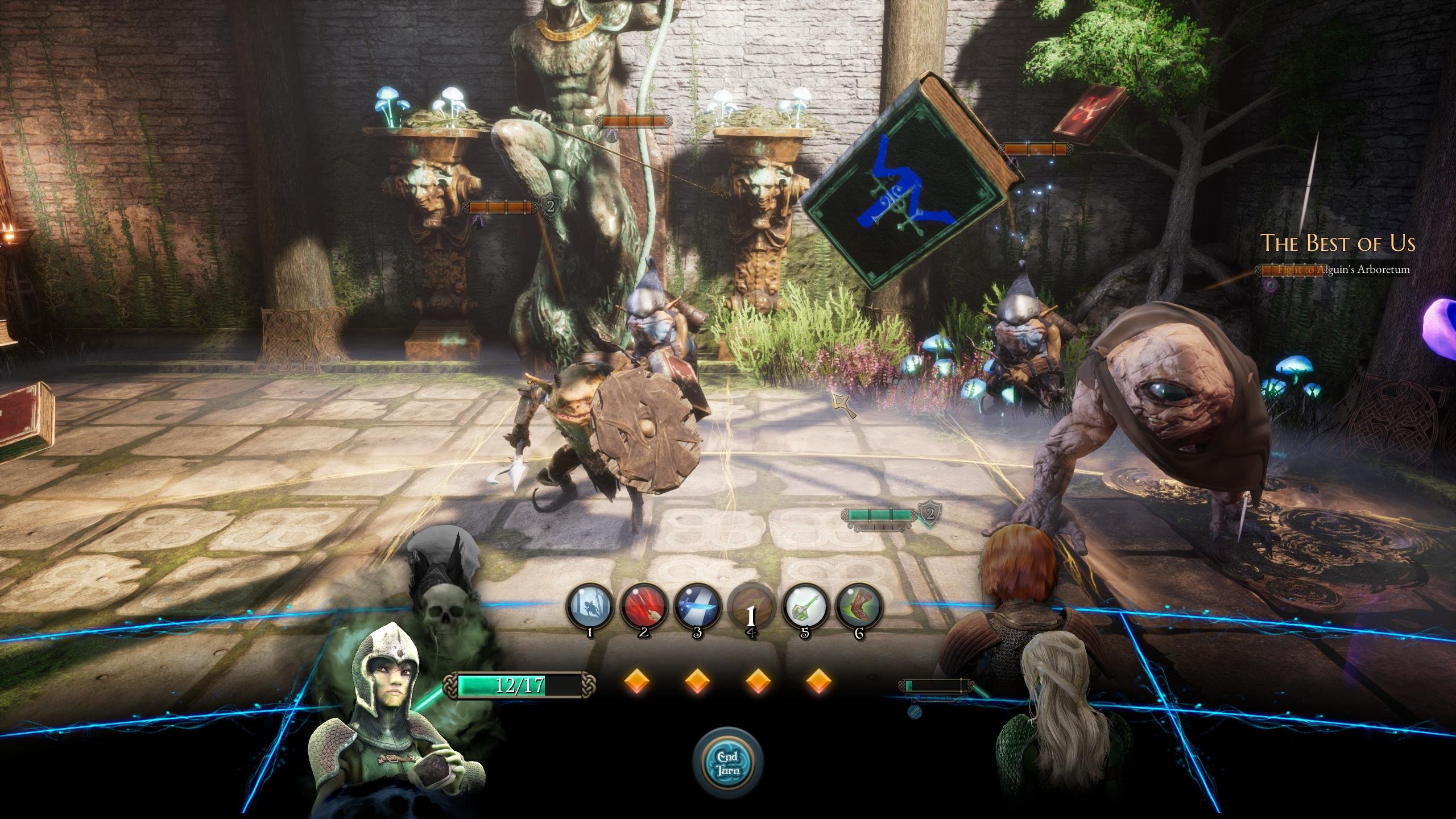 What this game is good at is puzzly dungeons and turn-based combat, but it still finds ways to make both frustrating. It's a shoddiness that just permeates everything.

For instance, enemies. I'm going to get on to why I rather like the combat, but before you engage in it you're required to check that you've a chance against the foes. To do this, rather than just something sensible, you have to walk close enough to them (there's no proper sneaking, and no visual indication of whether they can see you) until pointing the camera at them eventually shows a numeric value above their heads, indicating the strength of their mob. Now, in any normal universe, you'd then be able to compare this number to the one earned by your current crop of companions, except no. Your gang doesn't get a number! It's like they got halfway through implementing the system, and then gave up. Instead you rely on a traffic light system for the number mobs have, with green fairly simple, yellow a tough fight, and red impossible. But gosh, when it comes to the ambiguity of yellow, it's infuriating not to have any notion of how close you are to them! 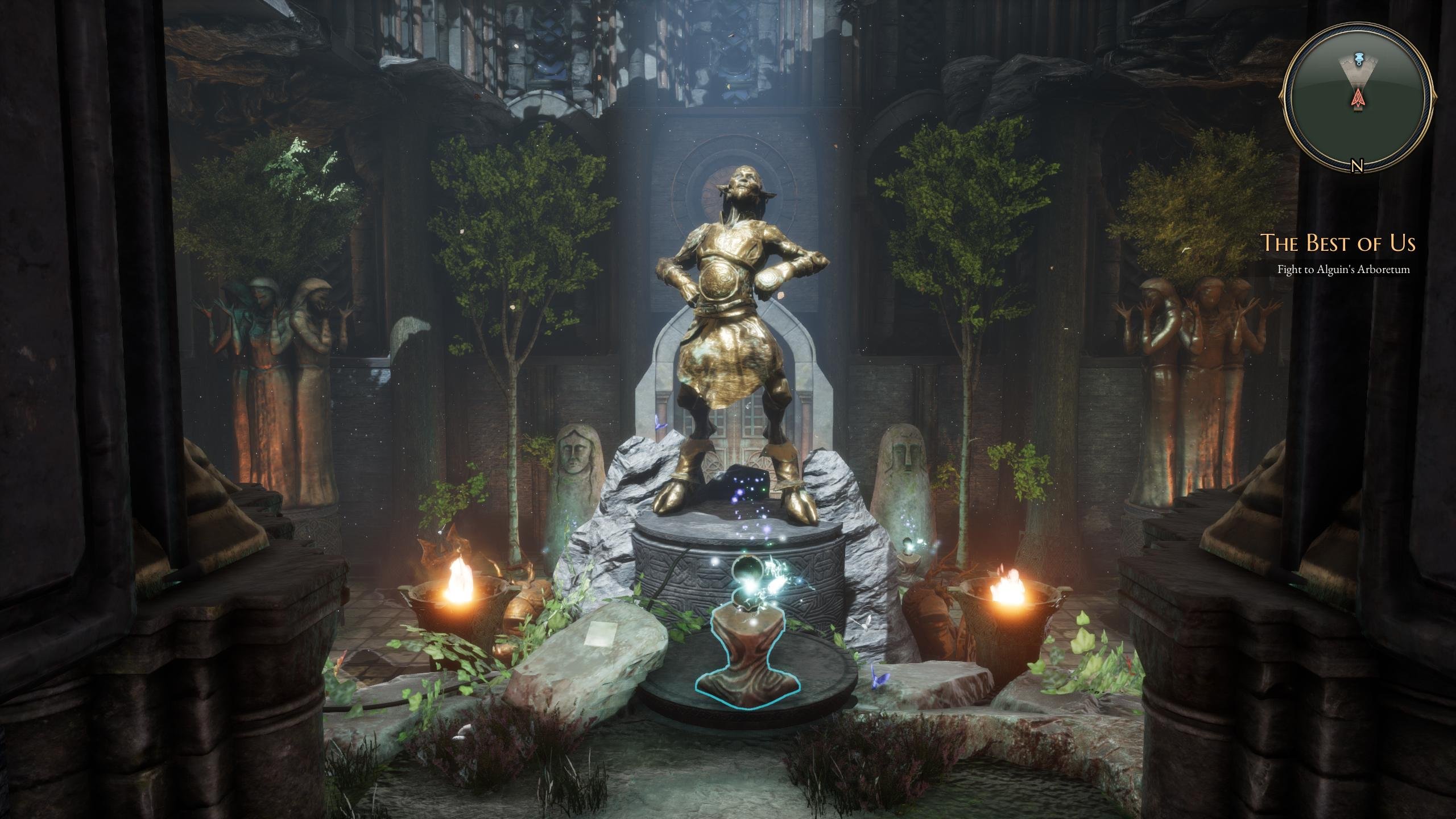 Now, this would be a minor annoyance if saving weren't such a colossally badly handled system. Instead of a quicksave that absolutely would have sufficed, there are standing stones scattered around the world, that allow you to one-time save, or even sacrifice the opportunity for a save in order to gain extra XP instead. An idea that would have been great in another game where progress wasn't narratively driven! Losing a fight doesn't mean having to start that encounter over, but potentially being dumped miles back, the wrong side of a bunch of conversations you've already had, inventories you've juggled, items you've bought and sold in shops... because you literally couldn't save anywhere between. It's a disastrously stupid idea.

Then comes the inventory, a mad mess of bad ideas. You've multiple pages of masses of space, five lots of 7x5 grids. Once a page is full, the game will dump new items into the next available squares on the next free page. Except if you move a pile of somethings, let's say grappling hooks, to the second page, the game can no longer find them. Pick up a new grappling hook, still have space on the first page, and it'll start a new stack there. And does this for all stackable items. So as it creates this sprawling clutter, it lets you navigate by filtering for item types, right? Food, weapons, armour, trinkets? No. Not at all. Because I guess they hate you? It's awful. 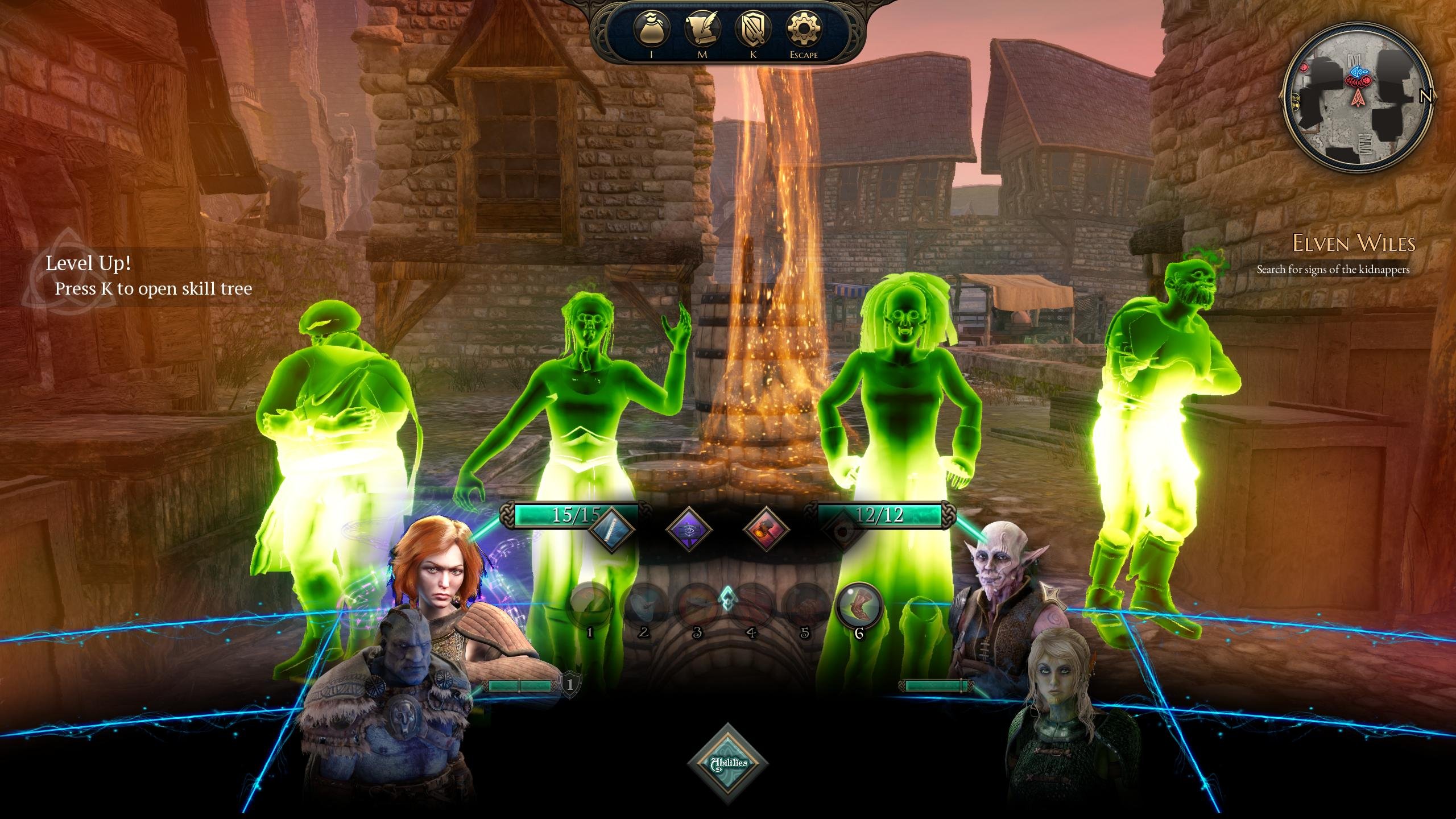 But there are good bits! The combat takes place on a four-by-four grid, a pool of action points shared between your crew for each turn, spent combining many different ability types, attacks, spells, and special two-turn moves in imaginative ways. And it works pretty well, in an even fight. It makes levelling up feel meaningful, as you add a new skill to a character, and then see how it fits into your fighting style. Gosh, I'd love to see a turn-based system like this used in a far, far better RPG.

And as I've mentioned, the extensive dungeons do well at asking you to solve multi-part puzzles, in ways that are reminiscent of classic late 80s/early 90s first-person dungeoneering. Well, let's be honest, in ways that are reminiscent of Legend Of Grimrock, as that game series has clearly been used as a stepping stone between the two. Free movement here makes for more complicated possibilities, although it does frequently let itself down with a rather naff cog-based puzzle repeating itself far too often. But you can really sink your teeth into a lengthy underground romp, despite the dreadful map (it doesn't label areas, and doesn't let you move up and down between floors, because good grief, everything about its UI seems like a mission to be as unhelpful as possible.) 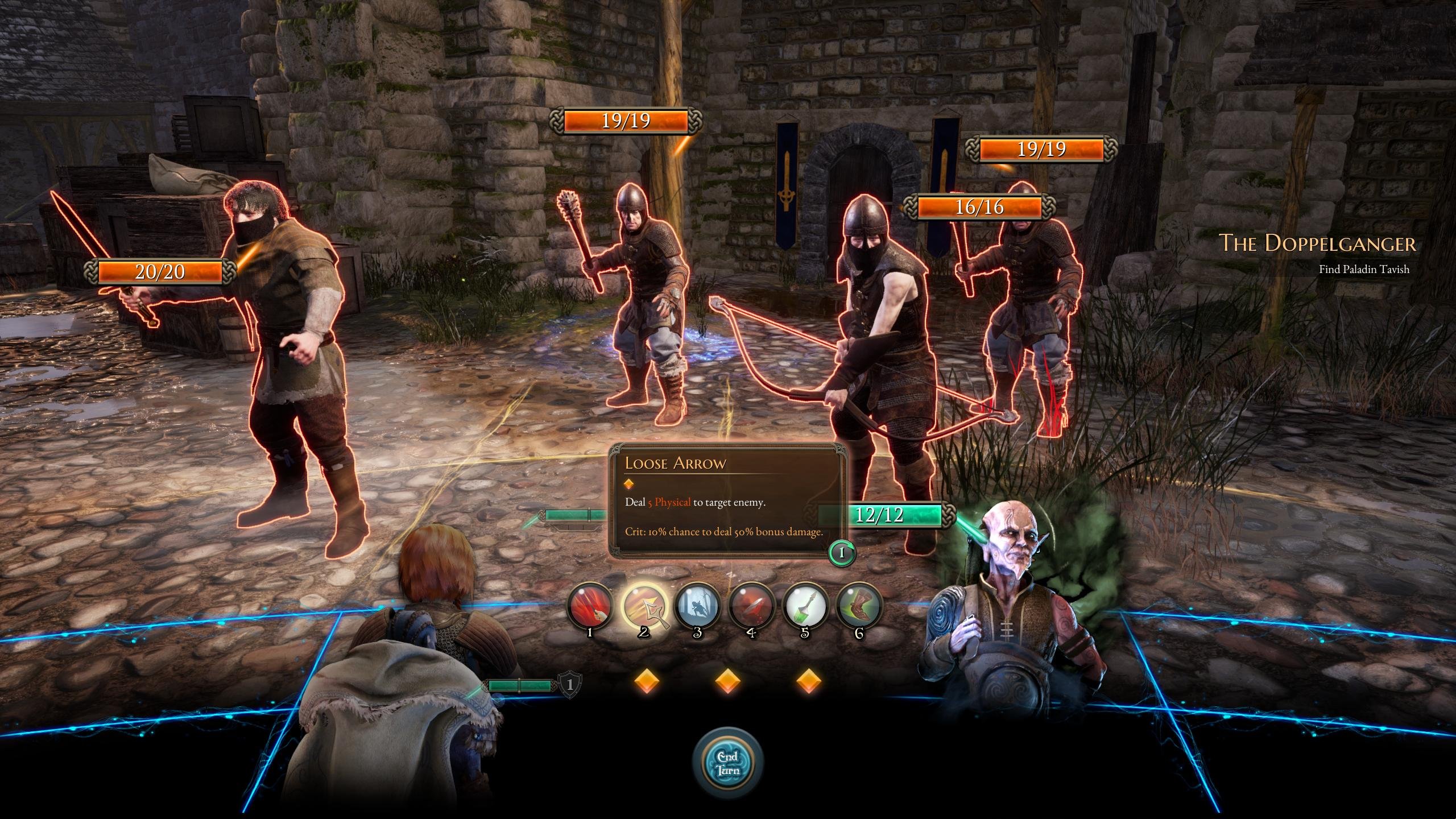 But the thing is, as good as those elements might be, the game's colossal issues step in to ensure they're spoiled. For instance, Alguin's Arboretum is possibly the first enormous dungeon you'll encounter, and I have had a decent time in there. Right up until, after a long and extremely dull puzzle sequence involving mixing colours together (it manages to make even this hokey old idea tiresome with its inventory), I went through a door and was "surprised" by some enemies. Some enemies far too strong for my party, killing members with their first hits.

In any sensible game, I'd either restore my quicksave from before I opened the door, or get checkpointed back to the other side. But this is not a sensible game, and the last opportunity to save was absolutely ages back, before I had to trudge my way through those crappy puzzles, goodness knows how far back. So against my ability to do anything about it, it's threatening me with dreary repetition. As it happens in this instance, because I'm bloody amazing, I managed to eek through the battle with one member alive on their last scrap of health. Yet it didn't make me think any more fondly of the moment. Which immediately took me from thinking, "Hey, maybe I'm being too harsh on this game, it's really finding its feet in this dungeon..." to, "Oh you piece of shit."

And then the dungeon's final battle was a ridiculously tiresome over-powered enemy who required multiple attempts, on the wrong side of a very long, very awful unskippable cutscene, until I got lucky enough for the baddy not to randomly slaughter my entire party in two hits. What fun. 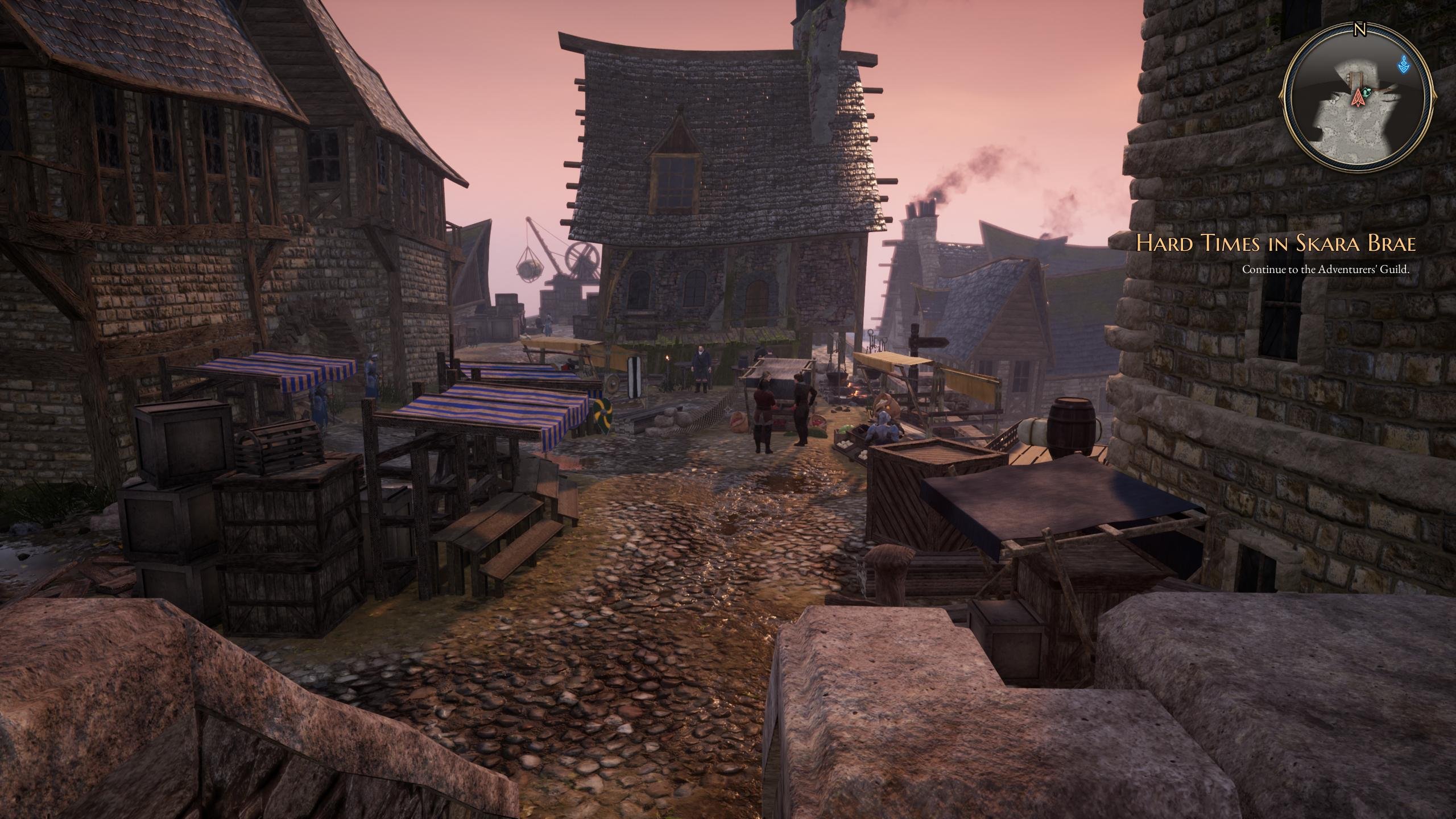 I feel absolutely certain this will find an audience who'll defend it, no matter how flaky the tech, how awful the writing, how outstandingly dull the characters. (Oh, they try to do BioWare Bants between themselves, which is so far off the mark, and only laughable because, despite wandering them around for hours, I'd literally no idea what their names were, let alone if they had a personality.) Because people love old things made new, and people love pretending that something crappy now reminds them of something crappy from back when their backs hurt less and they could stay up past 10.30 in the evening without feeling it the next day.

For me, despite a genuinely good combat system, and the moments of respite found on occasions in the dungeons, I've had a predominantly dull time with The Bard's Tale IV. It's a very dull game in most respects.