The game trailer is a sly creature. It wants to entertain you, to excite you, to embolden you with curiousity. But it also wants to sell you a bunch of code wrapped up in some 3D shapes. Some trailers turn out to be more artful than the game they’re hawking, others plant sneaky emotions in your head with music. However, some are better than others. Here are the best conflagrations of light and noise in PC gaming. The reveal trailer for Techland’s 2011 zombie shooter was arguably too good. The sombre slow-motion destruction of a family on holiday, delivered mostly in reverse, made some folks think Dead Island might be a sorrowful and serious take on the flesh-biting menace that has long become contemptuous through familiarity. It turns out the game was a decent Borderlands-ish sidequester. The urban follow-up, Dying Light, turned out better. 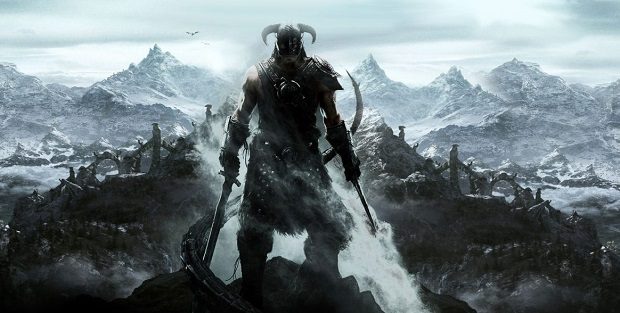 The announcement of a new Elder Scrolls game is evermore likely to be greeted with squees. Skyrim’s first proper trailer played more of that shouty Norse music, first introduced by a previous teaser. It also grabs your attention with plenty of in-game shield bashing, axe-swinging and soul-glugging, along with a world that is refreshingly different from Oblivion. But mostly it’s the music.

Two twin brothers, one dressed in white and one in black. Both lightsabre fans, both tasked with becoming lawyers by their dad. But what happens if one of them wants to watch a rom com in the evening, when the other only likes historical documentaries? It’s a recipe for hi-jinks in this massively multiplayer onl-- Wait, that’s not what happens in this trailer. That’s not what happens at all.

Almost every Assassin’s Creed trailer plays anachronistic music over a broody hoody action sequence. That's cool. But in this teaser, Fallout 3 uses the music of a contrasting era in a simpler, more effective way. The crooning of the Ink Spots fuzzes out of a tinny transistor radio, the camera slowly panning out to reveal that, whoops, the world was set on fire after all.

Another family disintegrates in the space of about 5 minutes. Only now, time is going mega fast. So fast that you can’t even see the owner of this once-plush New York apartment dissolve into suicidal despair. You just see the surrounding change in a dark timelapse, the cans of food stockpiling by the door, the chess board thrown to one side, the bottle of booze quickly going from full to empty. Of course, some heroic Clancymen soon arrive to “pick up the pieces” and ruin the whole Cormac McCarthy vibe. The game itself isn’t half as affecting either, and is mostly about shooting bulletproof men for a pair of +1 shoes.

Not that Rockstar even needs to make trailers to sell their grimey, crimey cities. Grand Theft Auto IV’s first trailer was more notable for the anticipation it exploited than for anything that occurs within the four walls of the video frame. Liberty City is the star here, shown with urban decay, graffiti-stained trains and timelapsing crowds. Then again, perhaps the less we see of Niko and his family, the better. 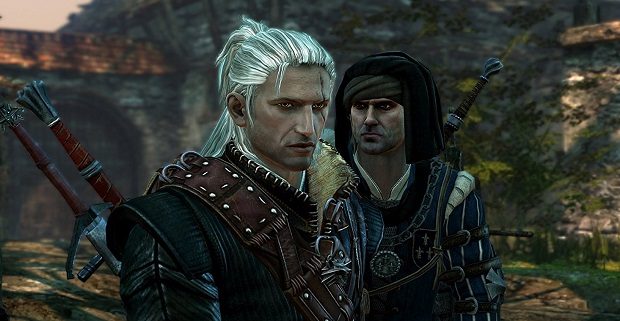 The Witcher 2: Assassin of Kings

“So, we’re just going to do one action sequence really well,” said somebody at CD Projekt Red, looking at their co-workers with a face that said: “Lunch?” Everyone at the table looked at one another and nodded in agreement. Yeah, sounds good. Sorted. Then they all got up and went to Jakub’s pizzeria for the rest of the afternoon. And that is a 100% accurate representation of how videogame trailers are made.

A man tries to batter a wee girl with a wrench and then a metal giant appears and sticks a drill through the man's hand so the man takes a dose of green horse and then bees come out of his arm.

"Finally," you think, "a game with no politics shoehorned in!"

If I had to pick one video from among Team Fortress 2’s series of introductory hero trailers, it’d be the Sniper’s faux documentary about politeness and efficiency. But I don’t have to choose, because I’m the one with the keyboard, nah nah na-nah naaah.

The cutthroat world of this infamous space MMO has a long tradition of being interesting even to those who have no intention of going near the docking bays. This montage trailer harnesses that sentiment, depicting the fleet manoeuvres and capital ship firefights of its players, all culminating in an explosive crescendo of space warfare. There are commanders roaring callsigns, flotillas falling into traps, explorers mumbling about their odds, and all of it, says developer CCP, taken from real recordings of players. Although these have clearly been meticulously edited, it does a good job of showing EVE’s finest moments. Or, uh, maybe that’s this one.

That's your lot. Have we neglected to include your favourite trailer? Tell us why it deserves to make the cut in yonder comments