The Division 2 keeps what set the original from other similar looter shooters: The Dark Zone. While the original game only had one, the sequel has three distinct Dark Zones, where some of the tensest moments of The Division 2 come from, and where the very best loot can be found. Our The Division 2 Dark Zone guide will walk you through these perilous areas of the map, detailing how to unlock them as well as chest locations and useful tips on surviving and thriving in the Dark Zones.

Since the Dark Zone is a little alien of a concept for all but the most experienced, this guide will go over how to get into the Dark Zone, where the Dark Zone chests are, what you can find in there, and some extra tips for surviving - whether you want to forge alliances so that everyone can escape with some of the best loot, or break them and take them all for yourself - ya cheeky scamp! 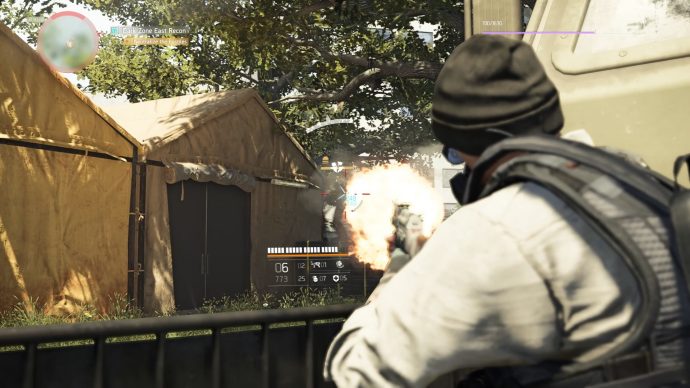 How to unlock the Dark Zone in The Division 2

In order to unlock the Dark Zone, you'll need to spend some time completing missions close to the Theater settlement. By the time you have increased the Theater settlement to rank 3, you'll be given a new staff member named Senait Ezera. Talk to her in the Theatre - she's downstairs if you're struggling to find her - before venturing towards the new Dark Zone mission in the map. You will then need to complete a short mission for each Dark Zone, performing a bit of reconnaissance of the area and giving you a taste of the chaos of Dark Zones, while not actually having other players. 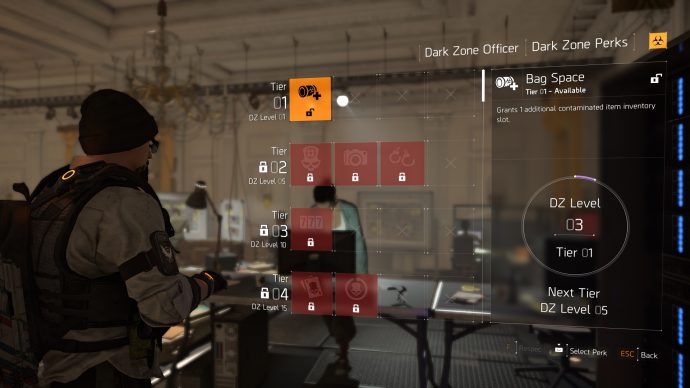 As you play this mode, there are separate rankings for your performance in the Dark Zone. These can go up and down, depending on how well you perform in there, such as killing enemies, killing other players, or getting away with being a rogue, among other actions. Upon levelling up in the Dark Zone, you can unlock new perks specifically for use in the Dark Zone, via the staff member at the White House. Below is a table with all the Dark Zone perks and the tiers/DZ levels needed to unlock them. I've made this table searchable, so I highly recommend that you search "Tier #", where # is any number from 1-11.

The best loot tends to be found in the Dark Zone chests. You can obtain keys by either killing other players while in Manhunt status, or have a chance at grabbing a key from a yellow (elite) enemy upon taking them out. Below are the locations in more detail for each of the six DZ East chests that you can loot: 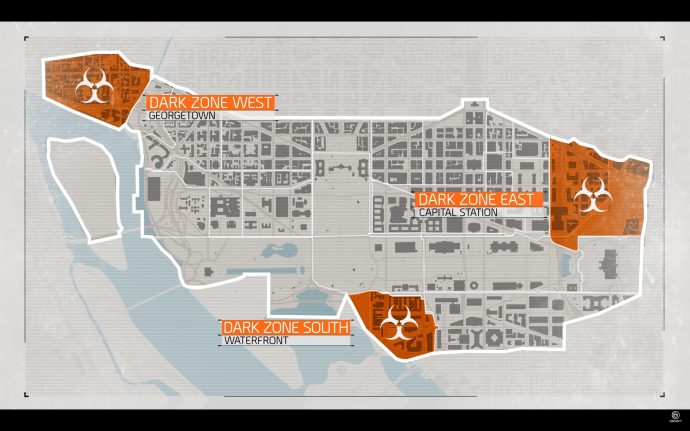 Changes to the Dark Zone in The Division 2

Finally, before we go, here are some changes for the Dark Zone in The Division 2, for those returning from The Division 1.