New weapons were bound to come into The Division 2 eventually and one of the best, if most elusive has to be the Nemesis Sniper Rifle. But how do you get it? These legendary guns are hard to come by and might not seem like much at first, but with proper care and use they are easily some of the very best death-dealing machines in the game. 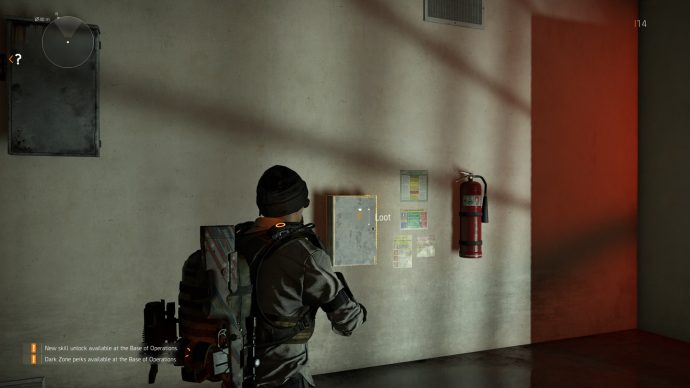 Firstly, you'll need to get to grab as many keys as you can for one of the more elusive weapons. You'll only need to gather the Hyena keys for the caches, but you'll also obtain True Sons and Outcasts keys.

You can farm 35 at a time in a single 24 hour period. Many thanks to Reddit user "Kegger15" for unearthing the locations for all of the faction keys. However we will also list the underground areas that you can climb into that will contain the faction keys you will need to unlock the faction chests. 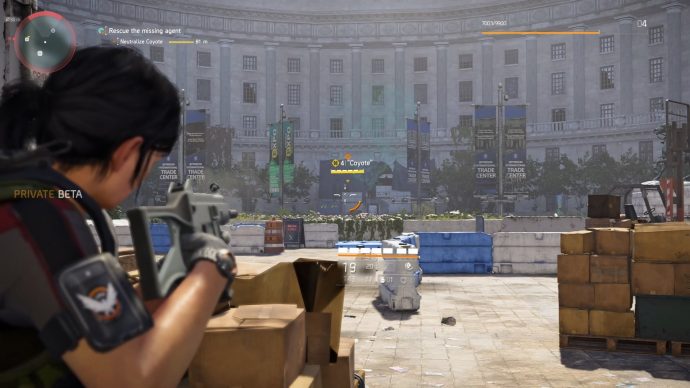 Aside from the ones described in our The Division 2 preorder bonus item guide - the Ruthless and Lullaby respectively - you can then unlock the other Exotic Weapons by completing certain tasks. Once you've gathered enough keys for each of the factions, you'll then need to do some tasks.

I've listed all the weapons we've seen so far and the chest locations needed to nab all the parts. One thing to note, make sure you're at least World Tier 4 before making this weapons if you want to be competitive, with details on that in our The Division 2 Specializations guide. Without further ado: The Exotic Weapons and how to unlock them!

Reports are saying that this exotic rifle is a randomised drop, though there have been reports of grabbing it by completing daily VIP missions, or killing end-of-level bosses in challenge difficulty variants of Story Missions. The ones highlighted have been Bank Headquarters and Jefferson Trade Center.

To get this rather ridiculous sniper rifle, you'll need to complete Tidal Basin twice, the first time on story difficulty, then once more on any difficulty where getting the part is possible. As you're about to intercept the Black Tusk comms, head into the building with the radar on top and up the stairs. You'll see a Black Tusk Keycard. Pick it up and take it with you until you get the hovercraft section. As you land, go to the left and you'll find the captain's room. Open the big door that's locked and you'll find an item called "Adrestra SR1". Dismantle it for the first part - "The Tally". The description reveals that three other parts need you to complete the three invaded stronghold missions and defeat those three specific bosses - Prime, Shorty, and Klutz. Make sure you toggle the invasions and kill the three bosses in each for the three parts they hold.

For the blueprint itself, you'll have to go to the invaded mission "Grand Washington Hotel" and kill the first mini-boss of the mission called "Puck". He'll drop the final piece. If anyone doesn't drop the respective parts, quit out of the mission and retry until you get the part you need. Once that's all done, head back to the White House to make your new Exotic gear.

This shotgun is reportedly obtained by completing the Roosevelt Island Stronghold on Challenge difficulty. This is probably one of the harder challenges in the game, but completing it unlocks a powerful shotgun. If you have the Lullaby skin from the preorder bonus, you can reskin Sweet Dreams to make a more powerful Lullaby shotgun.

This one requires you to take the Hyena keys you looted from the underground tunnels and opening special chests or caches from certain points on the map. This can be on normal difficulty for most missions and just needs you to be observant. If the caches are not there, they will respawn after 24 hours so don't worry if you don't find them today.

Here are the locations for all four parts:

This one is slightly different in that you need to finish the Capitol Building Stronghold. An enemy named Kendra will drop the Pistol: Trigger & Mechanism for the Liberty pistol. Make sure you pick these up. Once done, do the following missions in this specific order:

You'll then need to craft it, which requires 19 polycarbonate, 15 carbon fiber, 45 receiver components, and a D50 High End pistol. Our The Division 2 crafting guide should help with the others, but the D50 pistol can't really be farmed per se, but the video above from "WiLLiSGaming" should be able to help a little bit.

That's all we have for the unlockable Exotic Weapons in The Division 2. We will more stuff on these as we discover them. In the meantime, if you preordered or obtained one of the many special editions to the game, head on over to our The Division 2 preorder bonus item guide for the steps that need to be taken to unlock these items for use in-game.