Preordering The Division 2 or buying one of the many special editions should nab you some exclusive gear and chances are you'll want to get your items as soon as possible.

Annoyingly, they're not just granted to you at a certain point, as you'll need to navigate a menu at stashes, and even then it's not obvious where to go. Don't despair agent, we're here to help you get those items, and the upgrade module that you'll need for getting your preorder weapons to scale up with you.

Want to know everything about the various different systems in The Division 2? Head on over to our The Division 2 guide hub to find lots more information about the game. More will be discovered as Agents pile into Washington D.C., so stay frosty.

This guide will walk you through the steps needed to obtain the preorder and special edition items in The Division 2. There's also some details and stats on both the exotic weapons you can obtain: The "Ruthless" marksman rifle and the "Lullaby" shotgun, as well as the upgrade item for each that allows you to increase its level further. 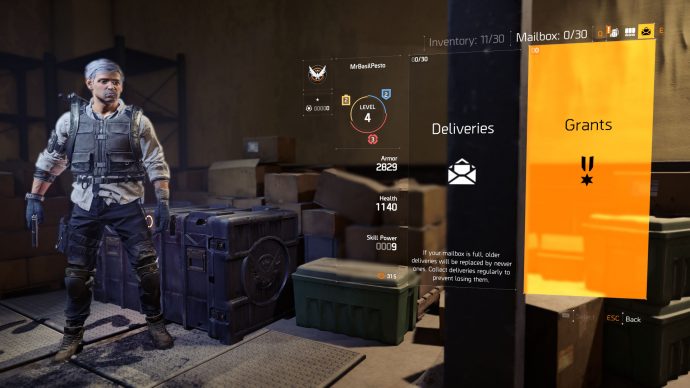 How to redeem preorder items and the Capitol Defender pack

In order to access your preorder content, you first need to play through the game until you unlock the White House. This is after the second main mission where you need to take out some Hyenas attacking the White House. Once you walk into the White House, make sure you complete the mission, before returning to the Quartermaster. Behind you should be a chest that is labelled as "Stash".

Open the chest and it'll bring up the stash menu. To get to the right menu, either use your mouse to click the Envelope icon on the top right-hand corner, press E (default key binds) on your keyboard, or if you are playing with a controller - press the right bumper (Xbox) or R1 (PS4).

This will take you to the menu with the options for "Deliveries" and "Grants". Access "Grants" by clicking on it with the mouse or pressing A/X on a controller, and it should come up with any preorder bonuses/special edition items that you are eligible to redeem.

There have been some reports of some issues with players not finding their items in the Grants menu. If you are finding this is the case, try rebooting the game and looking in the stash to see if it appears.

So you're probably wondering what the Capitol Defender pack contains. Surprisingly, there is stuff that can be useful, but what you get depends on the version of the game you bought or if you preordered. 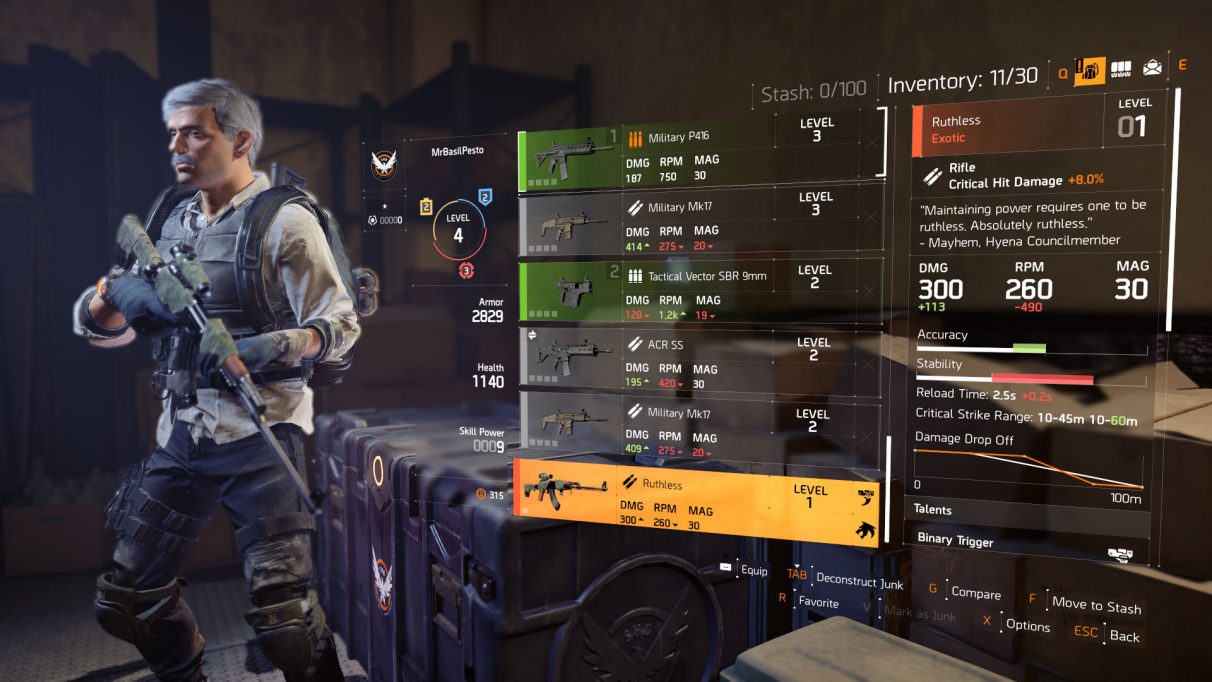 Two of the most useful of the items found in the various packs for early on in the game are weapons. The Ruthless rifle - a level 1 item from the Secret Agent pack, deals more damage compared to similar items in the game. It does require a bit of knowledge to get the most out of it though.

Firstly, make sure you hold down the button when firing to fire a single shot rather than two in quick succession. This can allow you to deal with the huge recoil that the Ruthless has, though with only a mod slot for the Optics Rail, it doesn't look like that there is anything else you can do about it from a base level. Below are the base stats for the Level 1 Ruthless.

The Lullaby Shotgun, found in the preorder pack, is a much more brutal option for newcomers wanting to just get stuck in. It doesn't seem to have any mod slots at the base level, but it packs a massive punch. It's most useful at very close range and relies on you dodging to reload the magazine via its talent. Getting close enough is another story, but once you do, this weapon packs a mighty punch. Below are the base stats for the Level 1 Lullaby.

Why you should keep the Ruthless and Lullaby Exotic weapons

You'll also notice items called "Lullaby upgrade" or "Ruthless upgrade". Under no circumstances should you ever get rid of your exotic weapons if you have one. The reason is that with the weapon upgrades, you can increase the level of the gun as you progress through the game via the crafting station, but you'll need the weapon itself in order to upgrade it. Don't ever be tempted to sell it or even drop it. 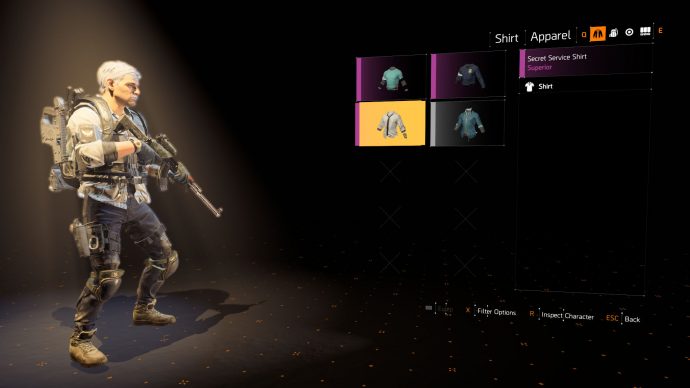 There are also plenty of cosmetic items ranging from everything between apparel for your character, as well as FX slots for your skills. The seeker mine for example has the "Sparkler", which can add some pizzazz to your destructiveness.

None of these items provide any tangible bonuses to the raw numbers, though there are a few that may be considered decent camouflage. The Apparel is equipped in the inventory by tabbing to the left menu, while the FX slot is equipped in the same menu as the skills.

That's everything you need to know about unlocking your bonus items in The Division 2. We will have some more guides on the game in the coming weeks ahead, so stay frosty out there with your new stuff and come back soon where we'll have a lot more tips for you. In the meantime, you can get information about the various skills via our The Division 2 best skills guide.