Aware that the perfect blizzard of misfortunes* currently battering the North Pole HQ of Mr S. Claus may mean some deserving boys and girls go without historical wargames this Christmas, Surrey philanthropists Slitherine have given me forty Steam activation codes to distribute as I see fit. Regular FP readers will know that I like to make folk work for their windfalls. Below you'll find ten solo 'foxers' (word and picture puzzles) that fully or partially 'defoxed' (solved) have the power to win you some seriously substantial/knobbly strategy stocking-fillers.

* Striking elves, a bluetongue outbreak amongst the reindeer, and the boss' double hernia.

The foxers that usually accompany this column are co-op and, consequently, are as tough as Jagdtiger corns. Solo foxers are far more approachable creatures and work a little differently. For starters you send me your answers at timfstone at gmail dot com rather than scattering them gaily in the comments section. A complete solution may not be necessary (see individual puzzle instructions) but will increase your chances of winning when, a week from now, I start plucking names from hats.

While you're free to enter all ten competitions, submitting multiple entries for a single foxer is strictly verboten. Anyone engaging in this shameful practice runs the risk of having their epaulettes ripped off by FP's built-like-a-concrete-blockhouse doorperson/enforcer, Maginot Maxine. If Maxine apprehends a miscreant who sports no epaulettes, she has been instructed to improvise.

- The closing date for entries is December 21, 13.00 GMT (winners will be informed by Dec 25).
- You may not need to completely solve a foxer to qualify for its draw.
- No multiple entries.
- NO ANSWERS IN THE COMMENTS.
- Three additional prize-bearing solo foxers will appear in next week's FP.
- Best of luck! 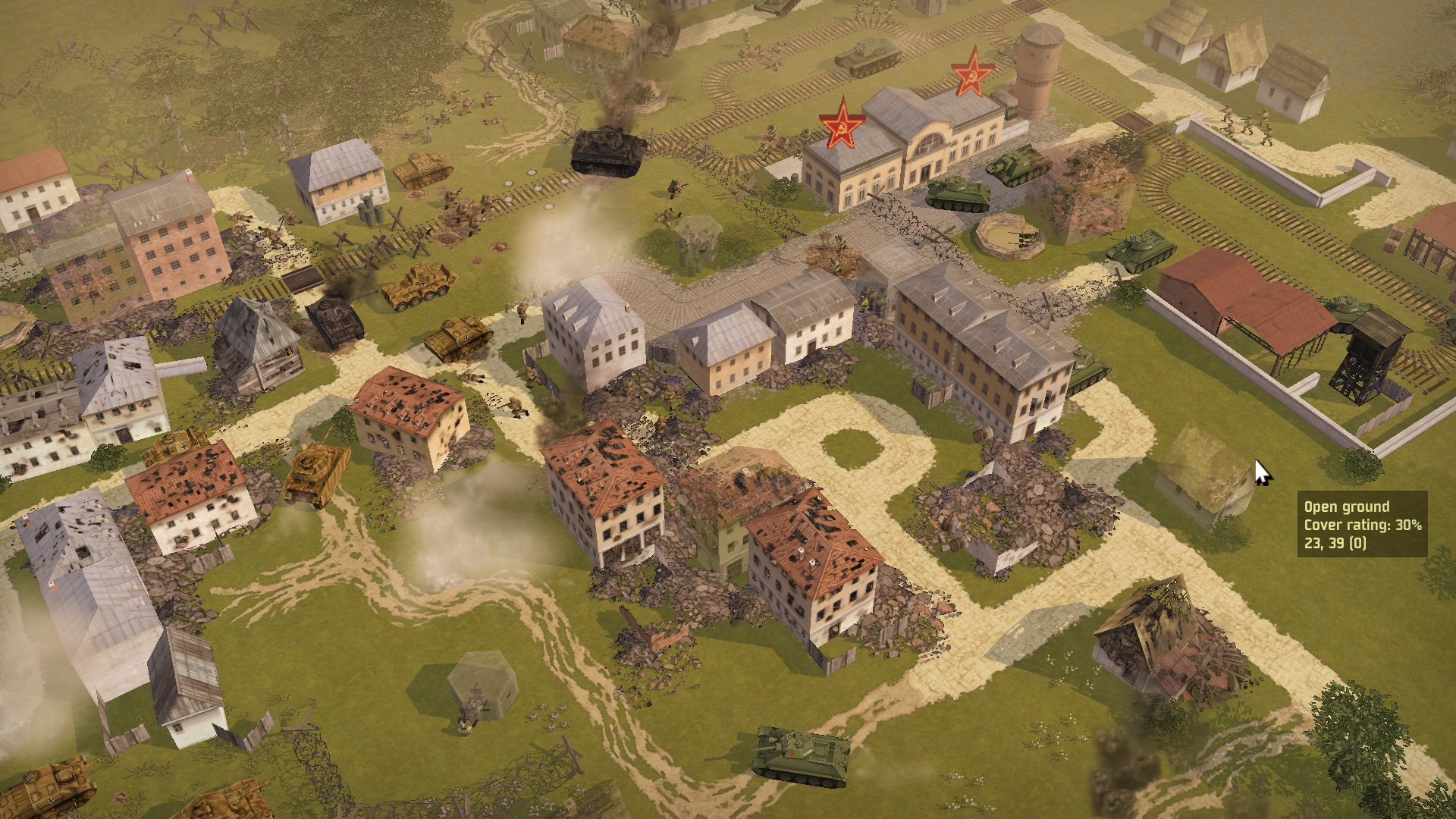 Found in all good “Introductory Wargames” lists, Battle Academy 2 managed to be cute, challenging and historically coherent. I can't remember much about its campaign side, but have fond memories of the random map-reliant skirmish mode, novelty-dotted unit roster, and comic-book mission briefings. A Kursk-themed expansion pack followed the base game into battle, and this is part of the prize you could win if you correctly identify at least six of the real military academies pictured below. Identify all eight institutions and your name will go into the draw twice.

If you held a matchlock pistol to my head and forced me to choose my favourite Byzantine Games wargame I'd probably pick one of the pair equipped with cellular strat maps – Pike and Shot Campaigns or Sengoku Jidai: Shadow of the Shogun. The latter is a lovely thing, handsome, exciting, legible, credible and highly replayable. The prize includes the expansion that rolled the clock back several centuries to the Genpei War and the one that switched the focus from Japanese civil strife and Korean invasion to China's traumatic transition from Ming to Qing rule.

There are twenty differences between the picture on the left and the picture on the right. Convince me, either with words or a marked image, that you've spotted sixteen of these differences and you'll go into the draw for the Sengoku Jidai bundle. Anyone sufficiently patient and eagle-eyed to spot all twenty discrepancies will go into the hat twice. 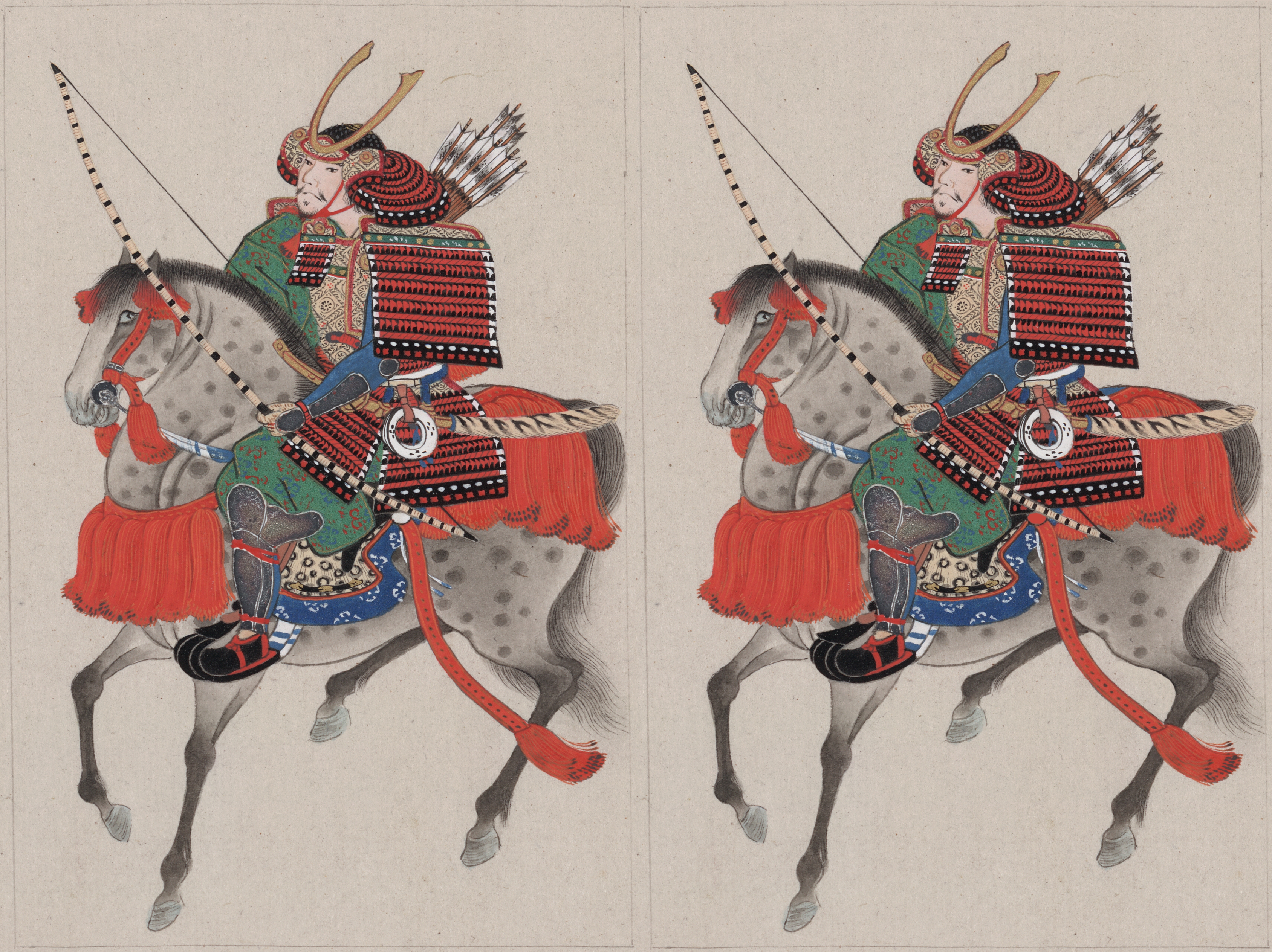 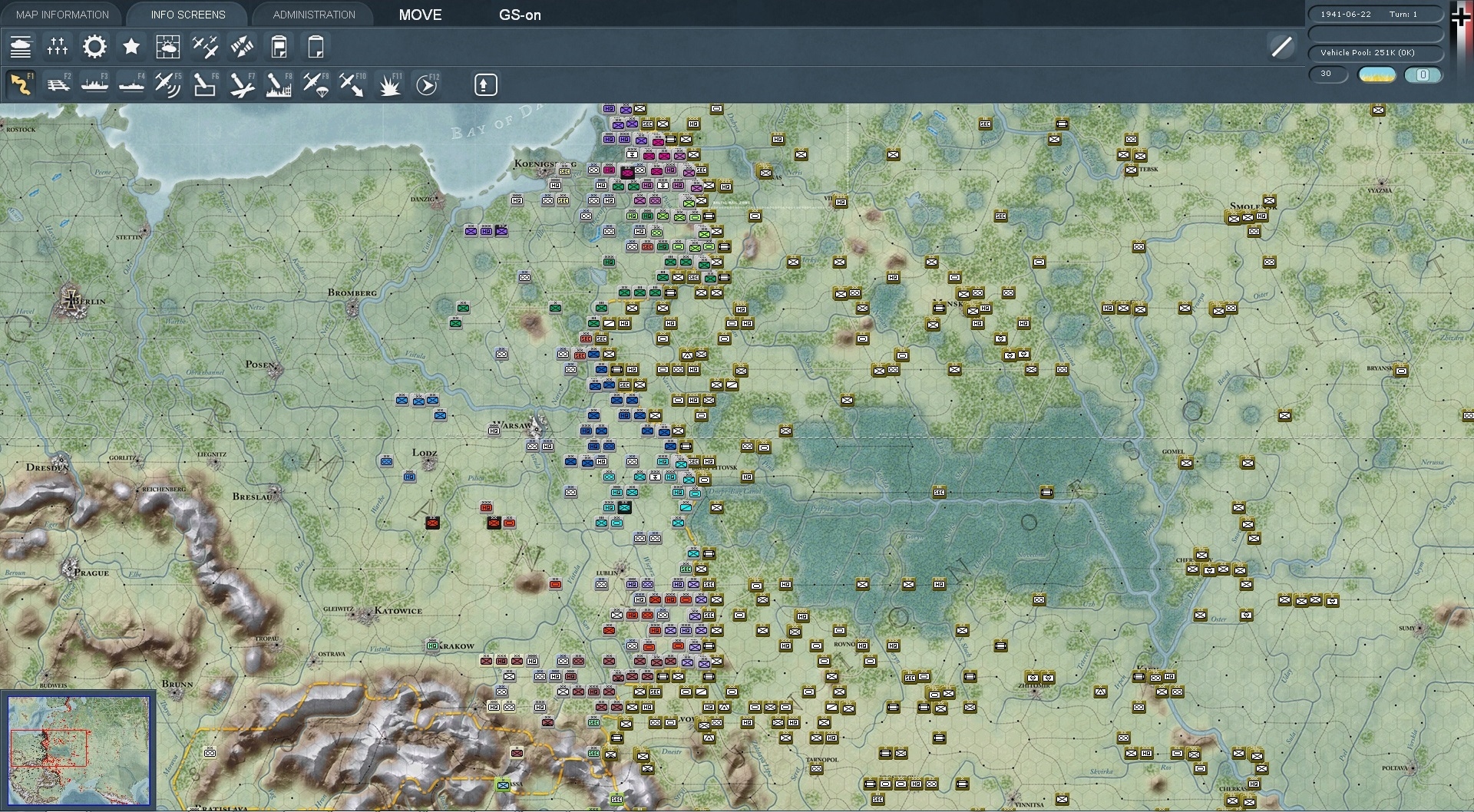 If Adolf had played grog favourite War in the East prior to Barbarossa, he'd have thought twice before uttering that silly “We only have to kick in the door and the whole rotten structure will come crashing down.” line. Even if, intimidated by the game's staggering scale and myriad details, he'd never actually managed to complete a turn, one glance at the impressive map would have left him in no doubt that the USSR contains an awful lot of hexagons – an awful lot of space for a foe to recoil into to lick wounds and recover strength. The ideal WitE player is patient, studious, and well-versed in Eastern Front history, and the following foxer reflects that. To complete the 'word chain' provide me with the sequence of ten words suggested by the clues below.  A word can be any length and is linked to the next word in the chain by its last two or three letters. For example ‘Tiger’ might be followed by ‘German’. 'Manstein' could come next. And so on.

Submitters of eight correct words will be eligible for the draw. Defox all ten to double your chance of winning.

1. What the Allies called this AFV
2. A Holy Roman Emperor and an Eastern Front operation
3. An Italian fighter that saw action over the USSR
4. This is an example of one
5. A quilted jacket worn by Soviet soldiers
6. The Russian city where this memorial is located
7. Paulus' right-hand man during the Battle of Stalingrad
8. This Red Army anti-tank weapon
9. A British destroyer that helped Convoy PQ 18 reach Arkhangelsk
10. Liberated by Soviet forces in the first week of August 1943 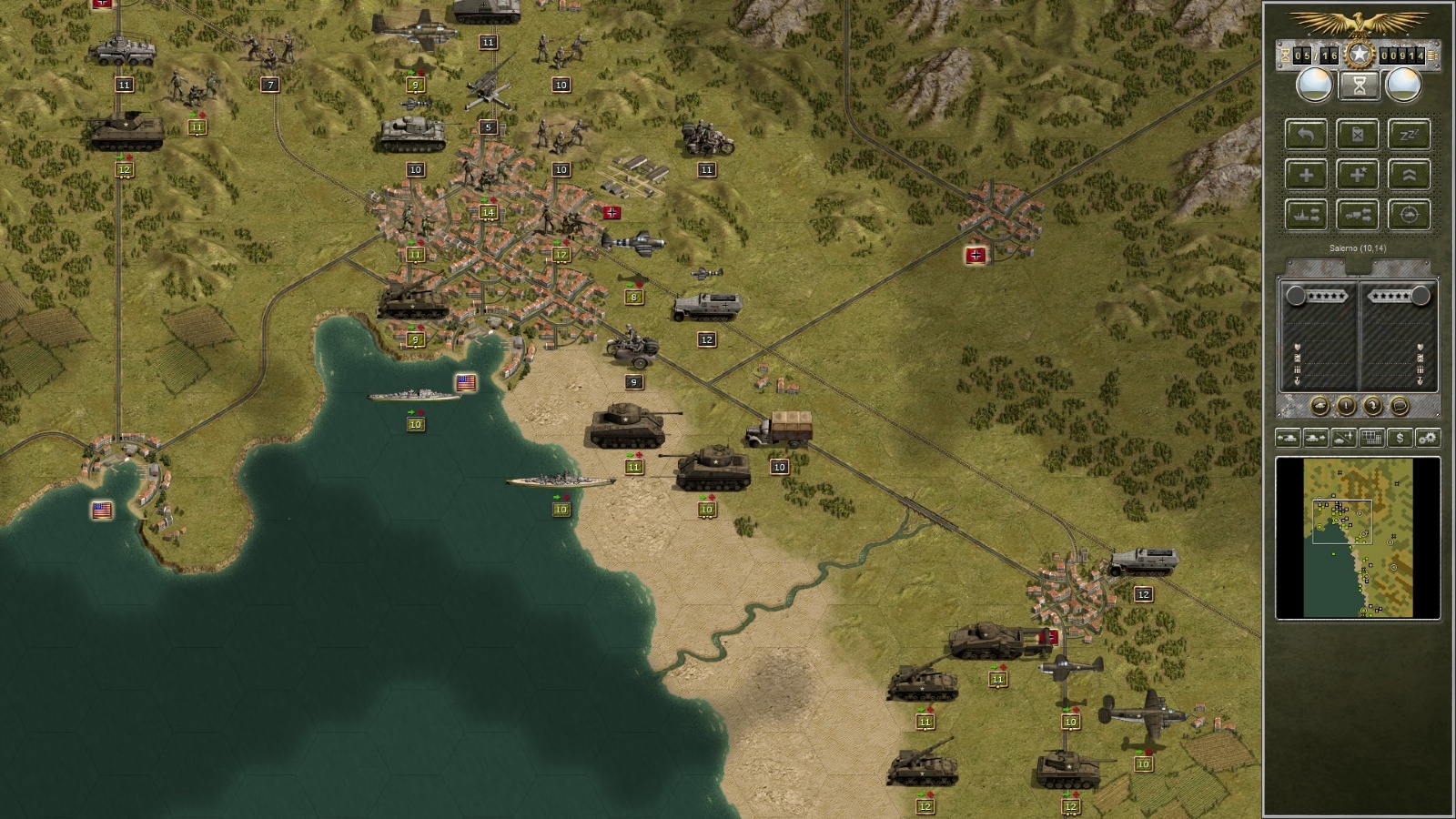 Panzer Corps is the reason Slitherine founder Iain McNeil drives to work in a gold-plated Mercedes-Benz W31 and lights his cigars with paraffin-soaked polo ponies. Since its arrival in 2011 the popular Panzer General homage has expanded like a sun-warmed camel carcass. DLC covers just about every Panzer habitat imaginable (despite regular requests, the series never visited the Pacific or Southeast Asia). The sensible way to buy all the additional campaigns is via the bulbous £60 Gold Edition, three copies of which I'll be distributing at the end of next week. To be in with a chance of winning one of these colossal content conglomerations, send me the names of at least seven of the games imaged in the following collage (all of the games include the word 'Panzer' in their title). The pics are culled from box cover art as well as screenshots. Correctly identify all of the Panzerfare and your chance of winning will double. 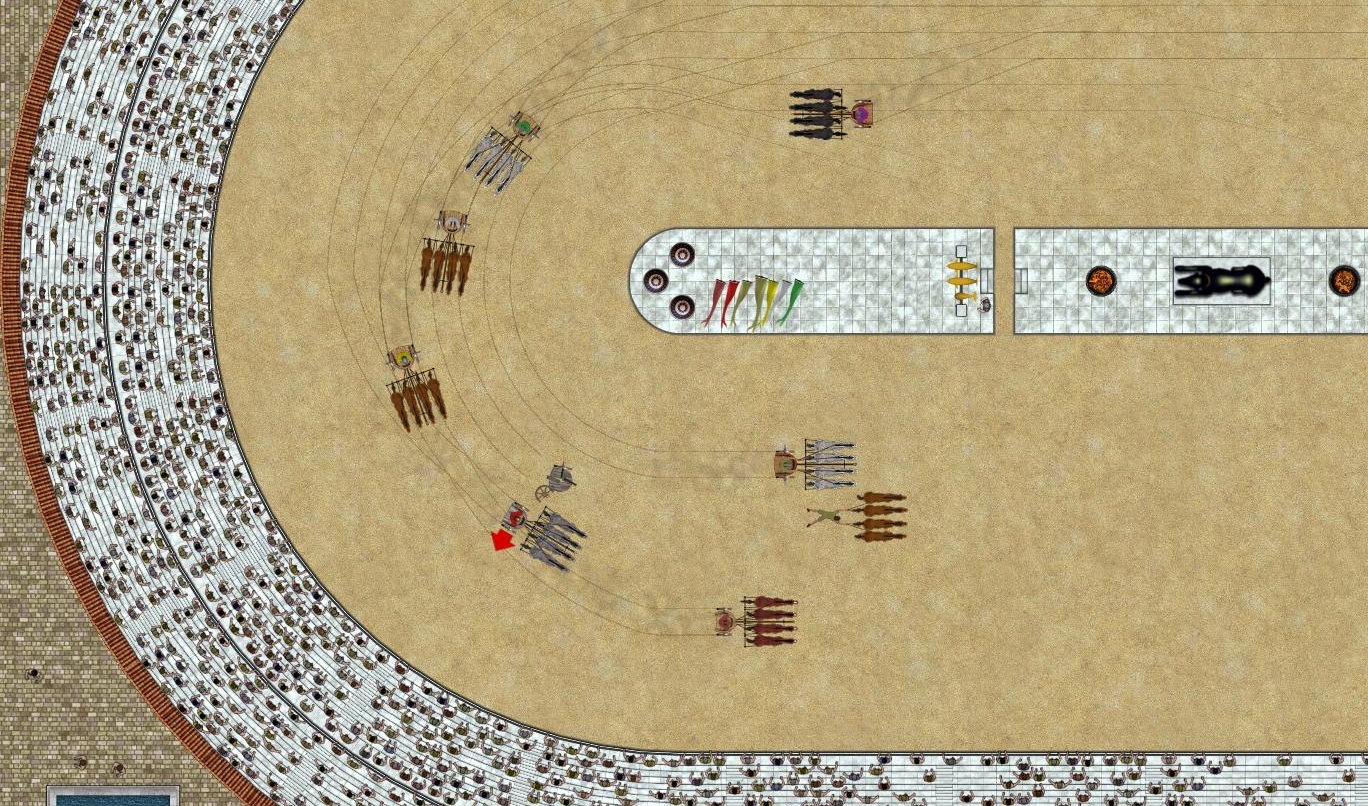 The narrative supplier for one of my favourite Flare Paths, it's a mystery to me why Qvadriga failed to inspire a turn-based racing game boom. The sort of engrossing overtaking, cornering, and collision decisions that shape its dramatic races would, I'm convinced, be just as interesting in a modern motorsports context. Picture, for instance, a rally sim dominated by dice rolls rather than manual dexterity. Deserving of a sequel (perhaps with 3D visuals and a more elaborate team management side?) as well as a gaggle of imitators, Turnopia's 2014 debut could be yours if you add the right vowels to the following vowel-less list of “Twelve things you might find on, or attached to, a chariot” (For example, wheel would be WHL, Ben-Hur would be BN-HR). Eight correct answers is the qualification threshold. Fathom all twelve to double your chances of winning.

When I was a teenager “island-hopping” meant bumming around the Cyclades with a grubby rucksack and a battered copy of Homer's Odyssey. For American and Japanese teenagers of my grandfather's generation it meant something very different. An aspect of WW2 often ignored by wargame franchises, the cramped, savage scraps for map specks like Iwo Jima, Saipan and Peleliu are at the heart of US Marines, an expansion for the free Panzer General-ish Order of Battle. The winner of grogheads.com's “DLC of the Year” award in 2017, US Marines could be yours if you defox at least eight of the clues in the following collage. Each clue suggests a different Pacific island. Torturous connections are probably erroneous connections so, in the words of Catchphrase's Roy Walker “Say what you see” and you shouldn't go far wrong. Anyone that correctly names all ten islands/atolls will double their chances of securing a prize. 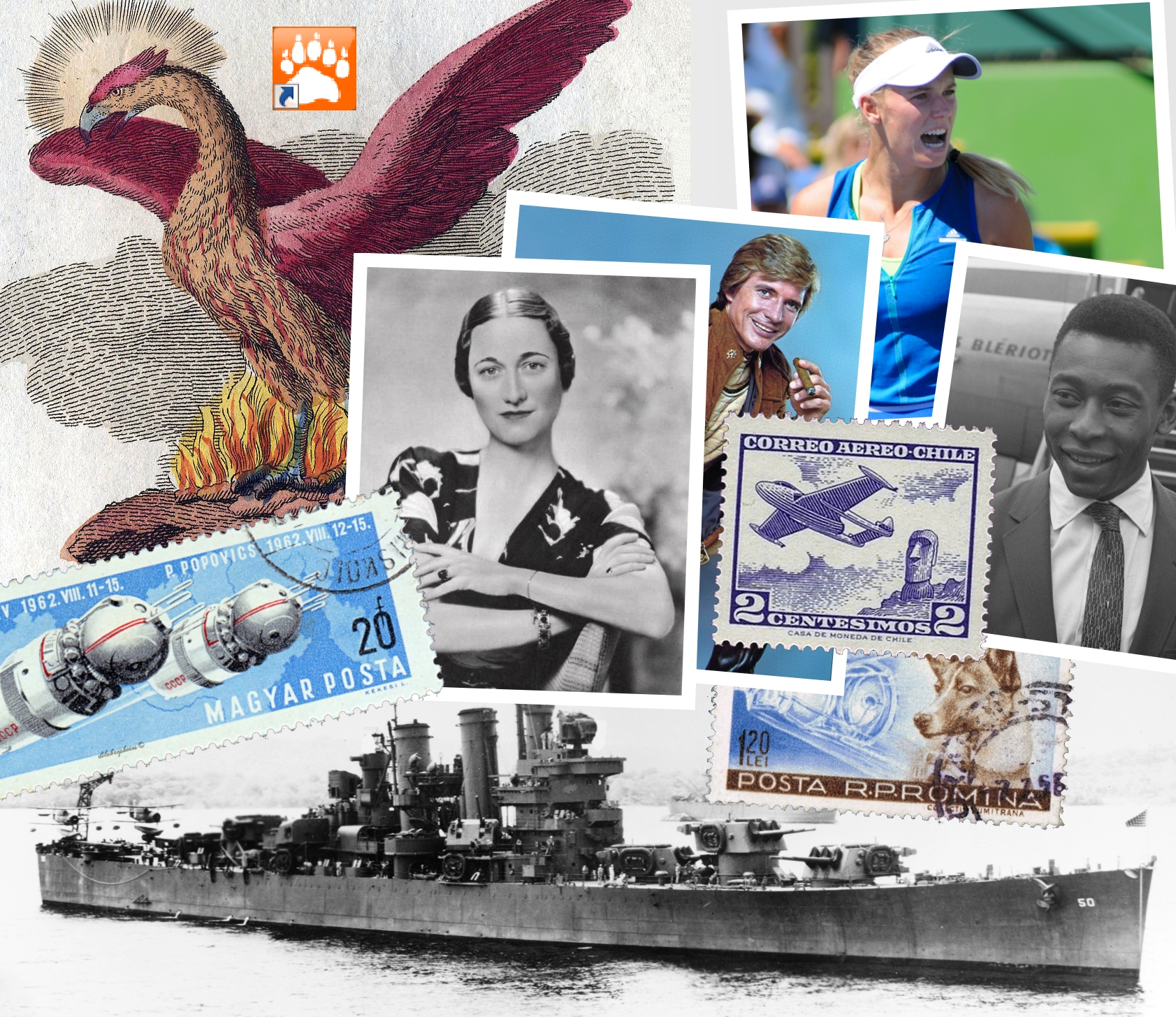 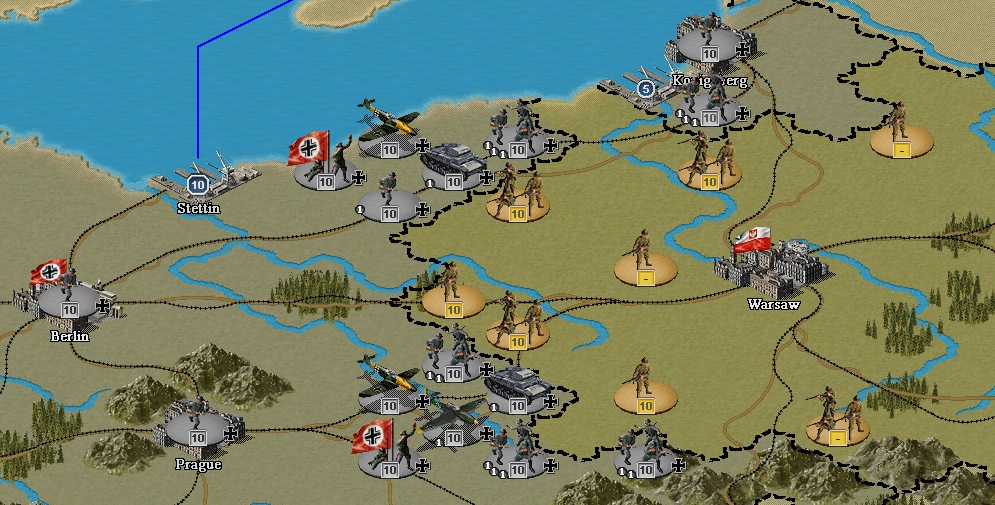 Strategic Command Classic WWII isn't the latest or most ergonomic SC (That would be Strategic Command WWII: World at War) but its solid AI, approachable scale, and colourful events system, mean any WW2 re-runs orchestrated under its auspices are likely to be believable, diverting, and finishable inside a weekend. Originally published by Combat Mission creators Battlefront in 2006 and now part of the Slitherine stable, this Hearts of Iron II peer will go to three people who send me the correct answer to the following question.

(Use Google Street View to check your answer) 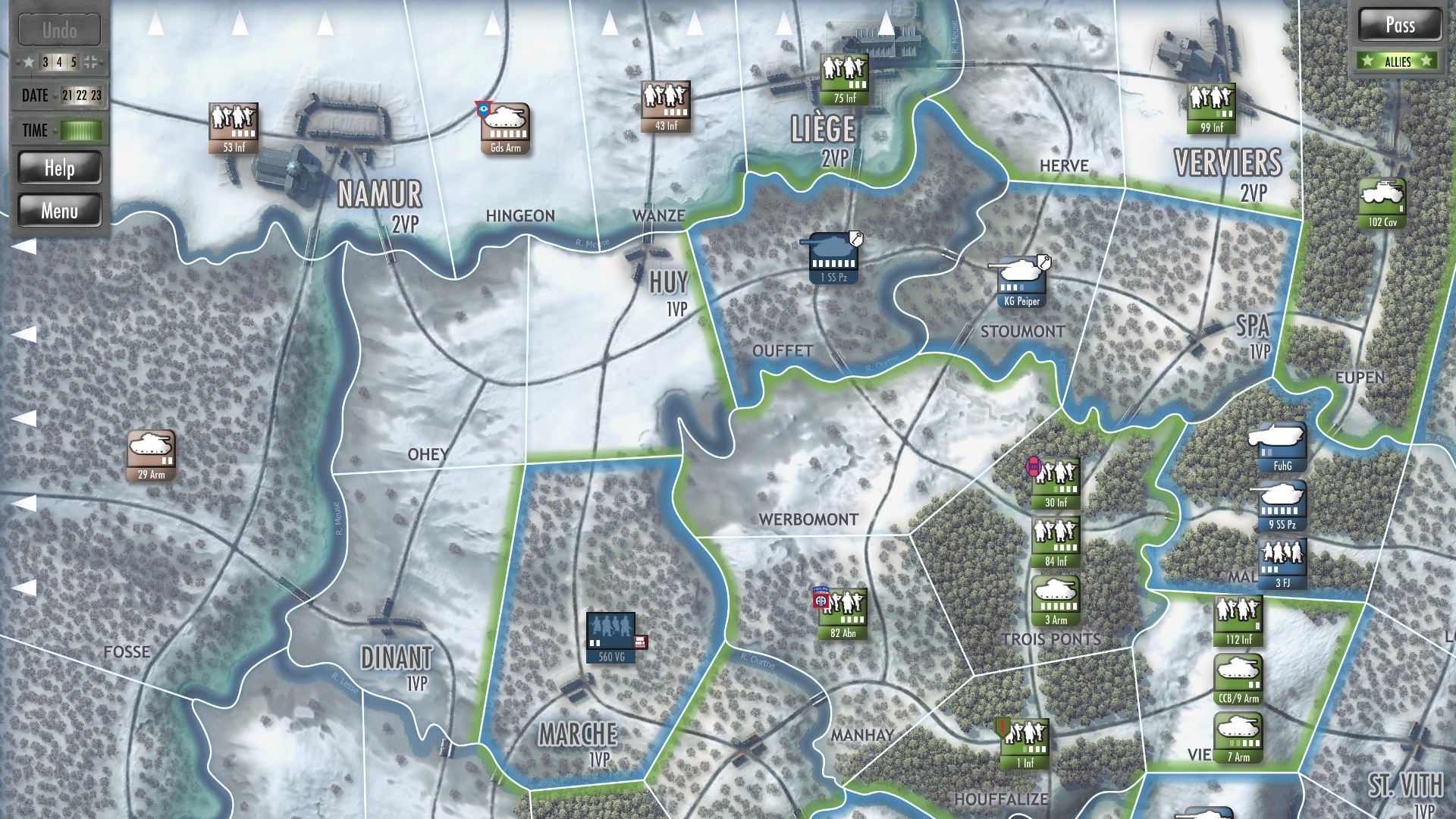 To get surprised by an Ardennes offensive once in a war is careless. To get surprised twice is inexcusable. Shenandoah's elegant interpretation of the snowier of the two sly German thrusts through eastern Belgium garnered high praise when it appeared on iPad in 2012. Thanks to some bugs and design changes, the 2015 PC version didn't receive quite such a rapturous reception, but patches have now silenced most of the grumblers. Much of what I said about Drive on Moscow in this piece applies to its predecessor, so if you like the sound of “historicism, pace, a constant stream of engaging decisions, solid artificial opposition, and a well-constructed UI” and don't already own this chilly TBS why not try to bag a copy by sending me at least eight of the ten words redacted from the following Battle of the Bulge-related text. Readers that guess all ten words will go into the hat twice. The numbers in the brackets indicate how many letters are in each missing word. 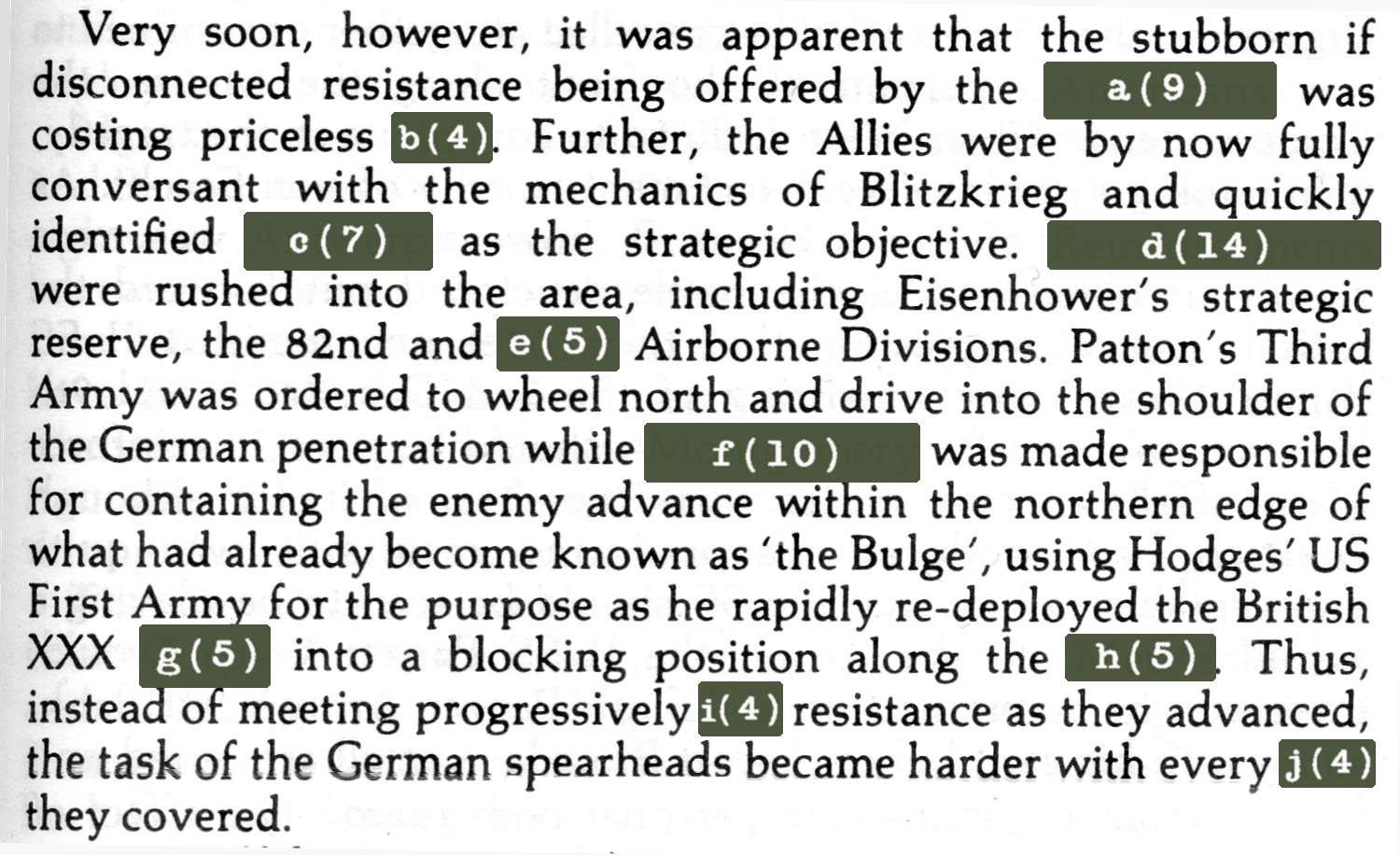 Sprite shepherds expecting AI and audio improvements from the Matrix/Slitherine produced Close Combats may have found Gateway to Caen and its siblings CC - Panthers in the Fog and CC - Last Stand Arnhem a little disappointing, but for CC5 fans hungry for more maps, more campaigns, more nerve-fraying “Will my Sherman Firefly beat that Jagdpanzer to the draw?” moments the engine's Indian summer was a pleasant surprise. Gateway to Caen recreates Operation Epsom, one of the bloodiest phases in the Battle for Normandy. My own 'Operation Epsom' is a lot less violent. Use Google Street View to correctly answer the following six Epsom-related questions and your name will go into the hat for a CC - Gateway to Caen Steam code.

1. What's the speed limit in Woodcote Close?
2. There are two bins outside the Bright Horizons day nursery. What colour are they?
3. Could a 2m high vehicle use the Hook Road multi-storey car park?
4. What's missing from The Rising Sun's façade?
5. In Epsom library "We Fought at Arnhem" is shelved between which two books?
6. Roughly how many pigeons are perched on the roof of Barclays bank? 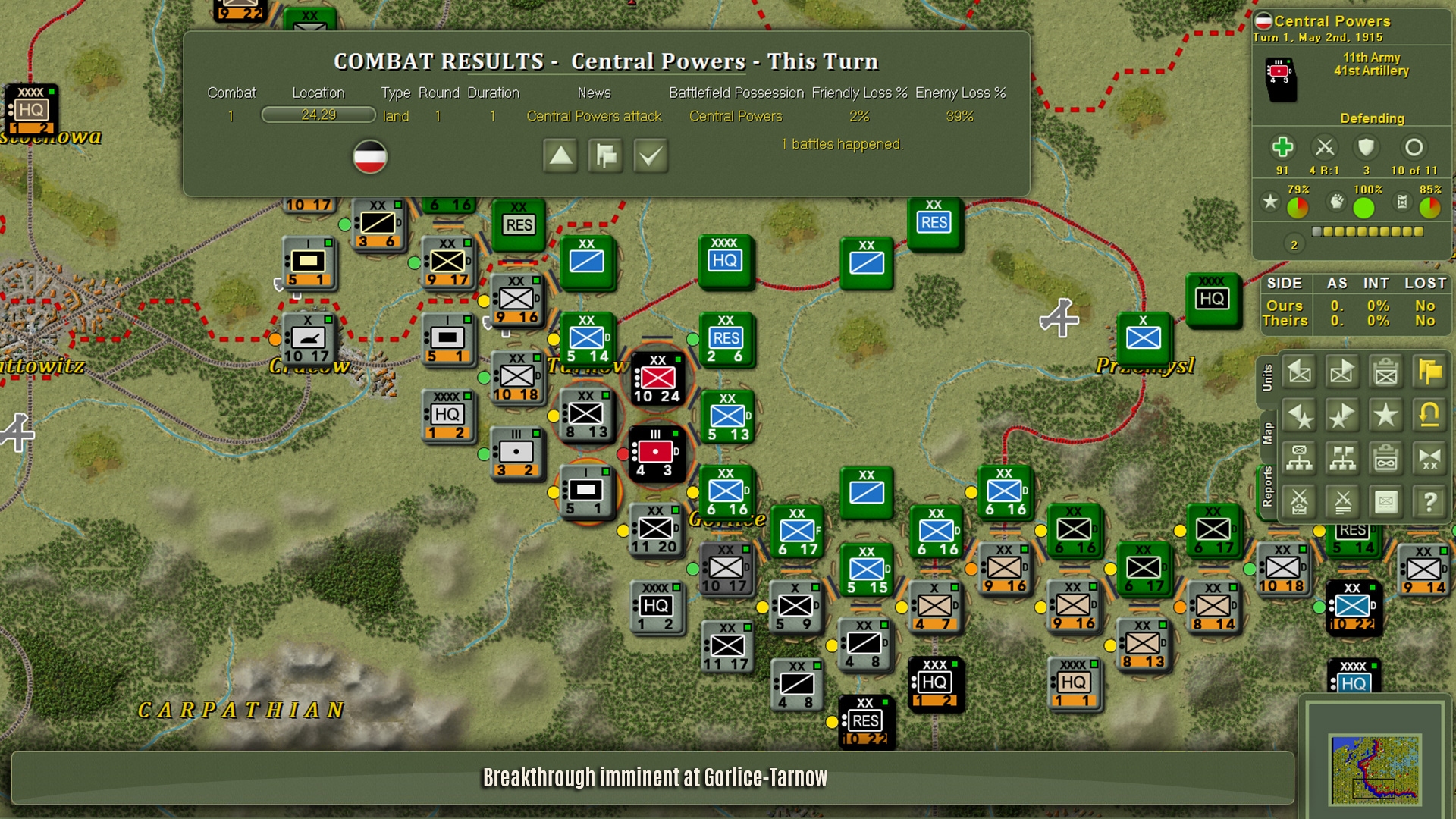 You don't need to be a series fan to appreciate TOAW4's impressive bulk and almost peerless versatility (the 300+ included scenarios cover two centuries of conflict) but only those intimately familiar with TOAW3 are in a position to say whether a delicate facelift and improvements like more sensitive battle resolution, and slightly more sophisticated logistics and naval warfare justify the new titular digit. In honour of the latter advance the following enlargeable geofoxer features eight ships that did their bit during WW2 and lived to tell the tale. Name six of the vessels to qualify for the TOAW4 draw, all eight to go into the hat twice.

This way to the co-op foxer