B is for Beta be good

Unofficial 3D Close Combat sequel, The Tactical Art of Combat, looks to have fallen by the wayside. Official one, Close Combat: The Bloody First, is near enough to completion to start soliciting for beta testers. The above screenshot is new and shows an alley-rich environment that could cause problems for an inept AI. It will be interesting to see how CCTBF vehicles pathfind and react to threats in complex battlespaces like these.

C is for Chilly chainsaw chores

D is for Dubious Dolphins 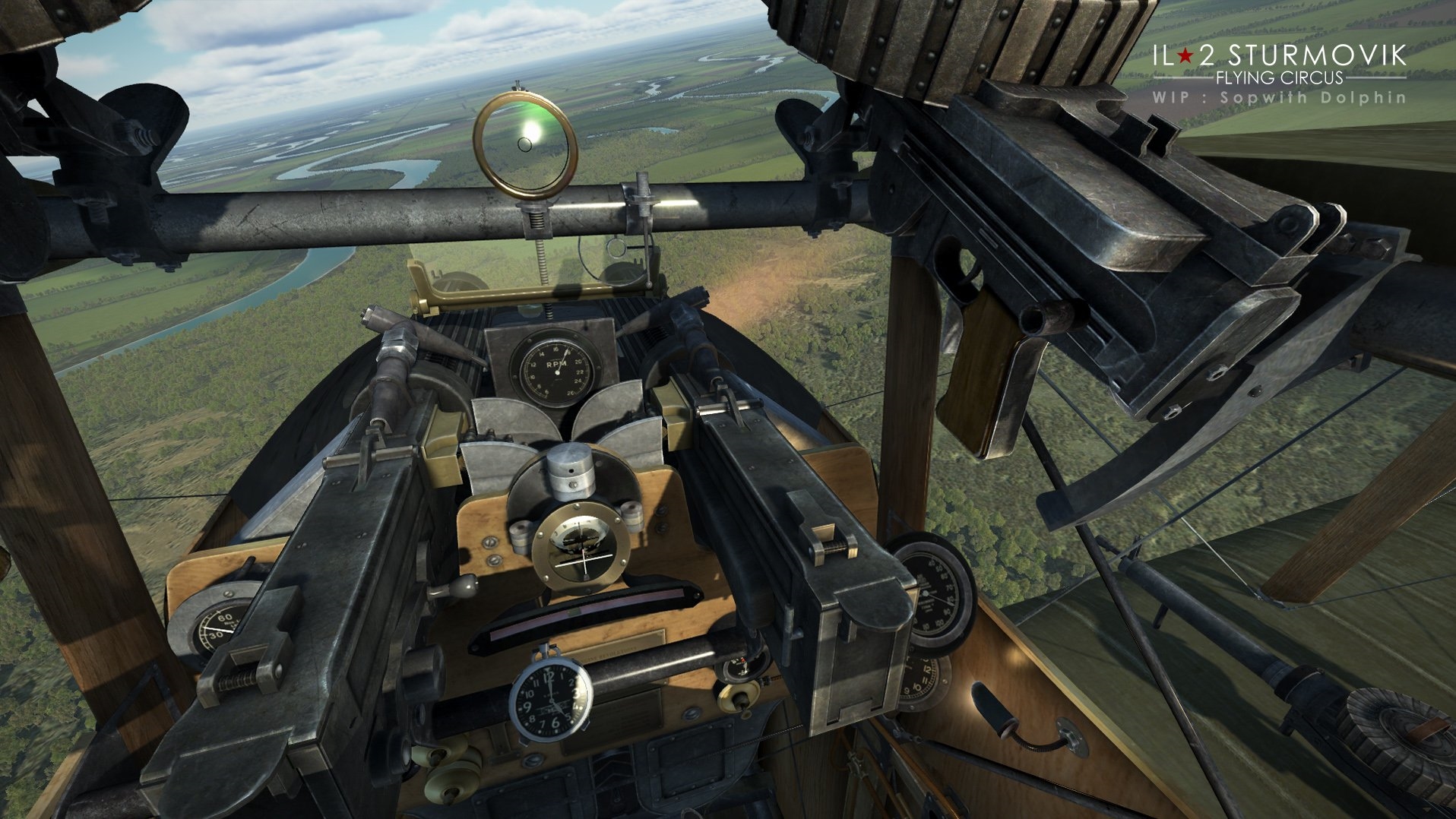 The ten-berth IL-2 Sturmovik: Flying Circus hangar is now more than half full. Flyables five and six - a Fokker D.VII and Sopwith Dolphin - arrived this week. The latter's standard armament was four MGs - two fixed forward-firing Vickers in the fuselage for conventional attacks and two angled Lewis guns mounted on the forward spar of the upper wing for belly raking. 1CGS imply that Dolphins sometimes entered the fray with this formidable arsenal augmented by two wing-mounted Lewis Guns - a questionable suggestion. 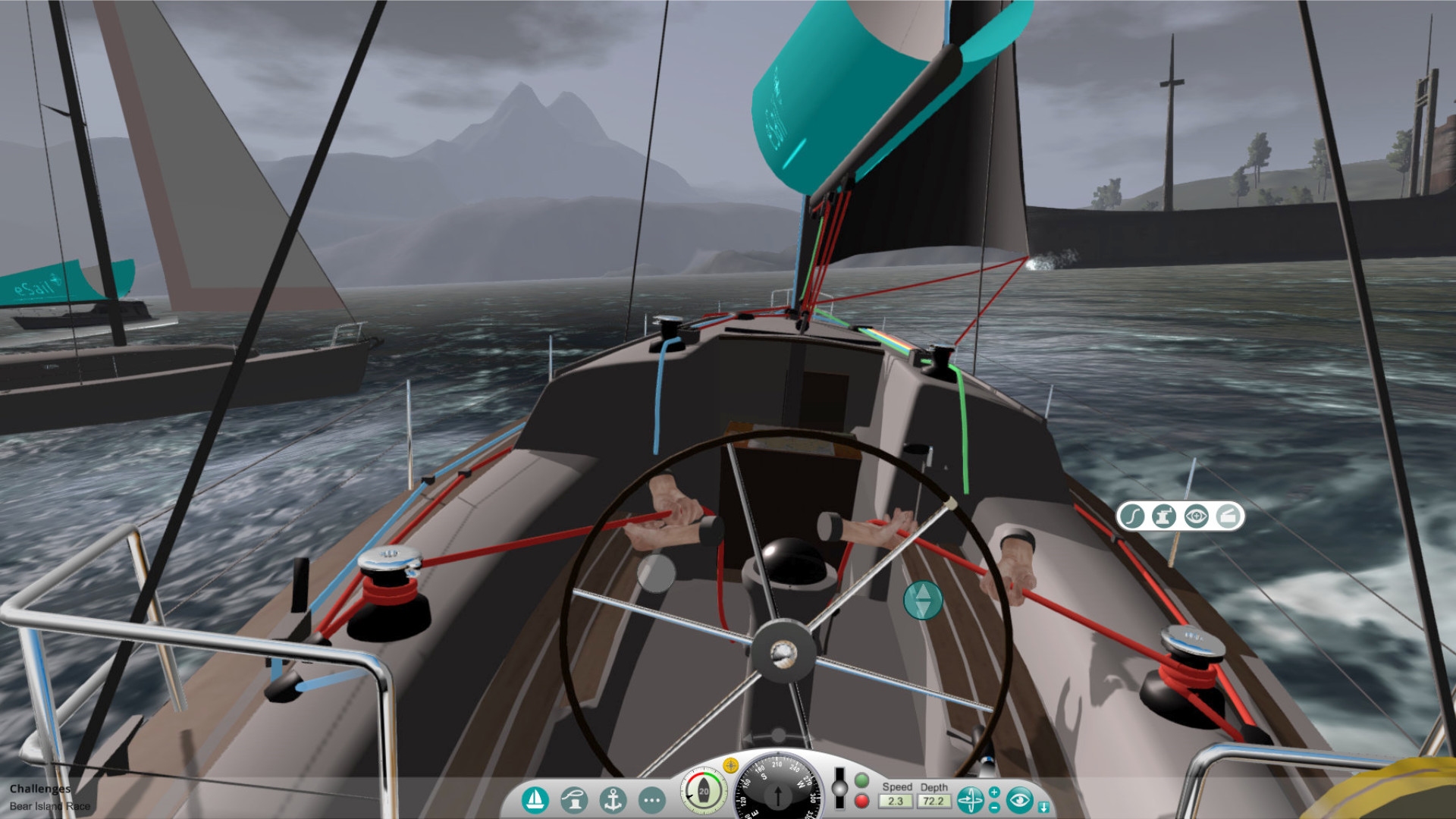 Totally neglected by The Flare Path for over a year, eSail Sailing Simulator now blanks me when we meet in the checkout queue at Tesco. I've tried complimenting it on its choice of toilet tissue and tiramisu, making Brexit-related panic-buying jokes and chatting inanely about the weather – nothing works. I think I'm just going to have to bite the bullet and review the bally thing.

G is for Georgian D-Days

The weevil-infested follow-up to Ultimate General: Civil War, now has a website. Having digested its current contents, I confidently predict that Ultimate Admiral: Age of Sail's most gripping experiences will be contested amphibious landings and their opposites, oar-powered Operation Dynamos.

H is for Helisimmer highlights 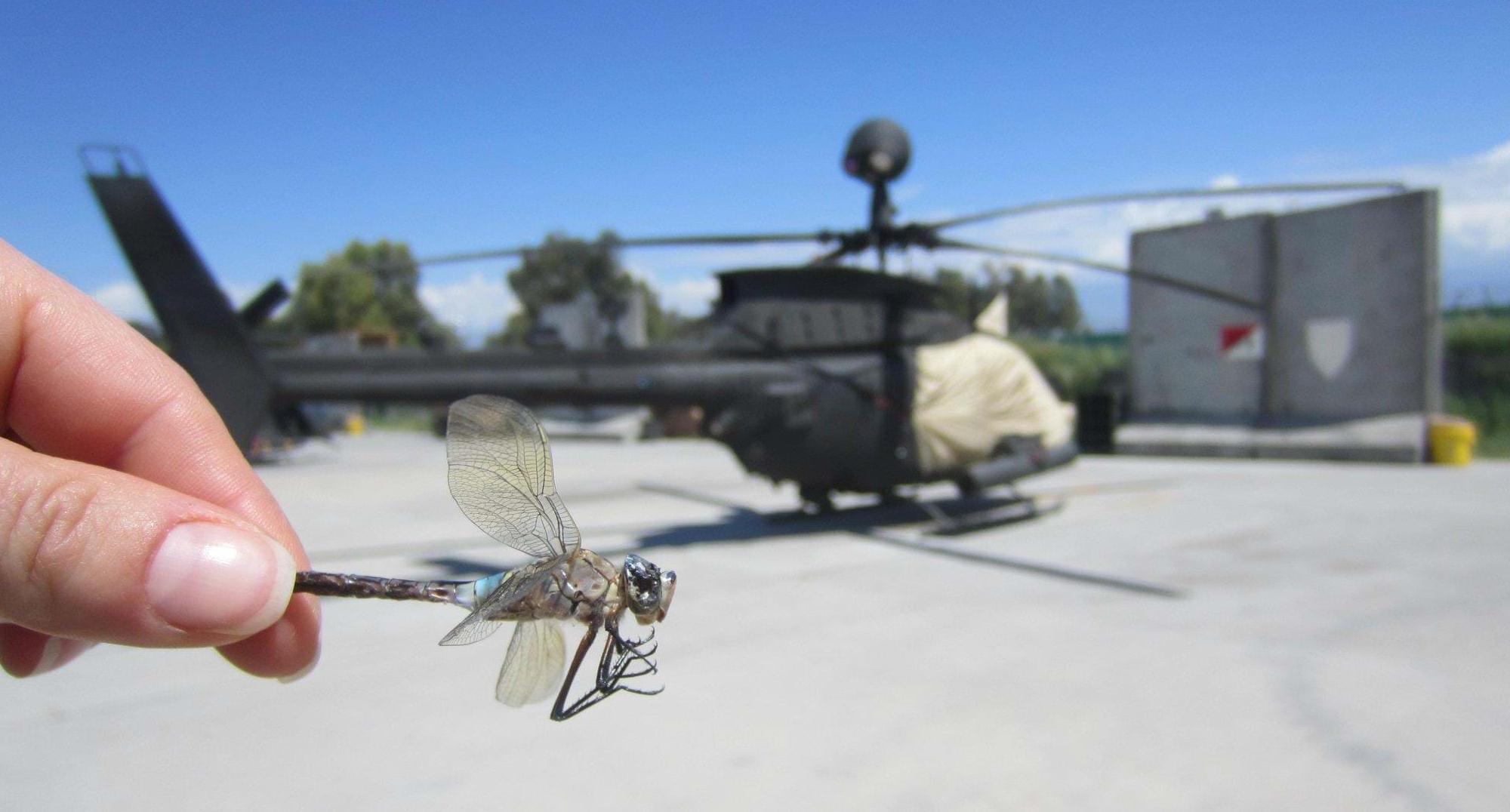 Helisimmer.com has run some riveting articles this past month. Jamie Collazo talking about her brief but memorable career as a US Army Kiowa pilot and Nick Davis reflecting on the simulatory strengths and weaknesses of the Aerofly FS2 R22 are particularly peruse-worthy.

I is for International Womens Day 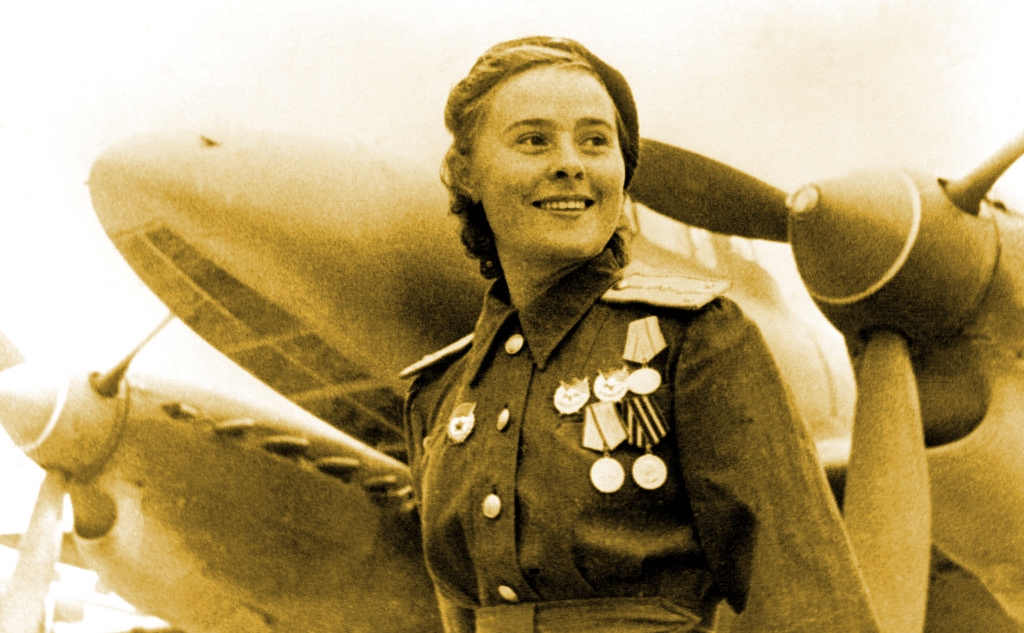 An appropriate day to rue the absence of a female pilot model in IL2 Sturmovik? I think so.

J is for Judge not, that ye be not judged 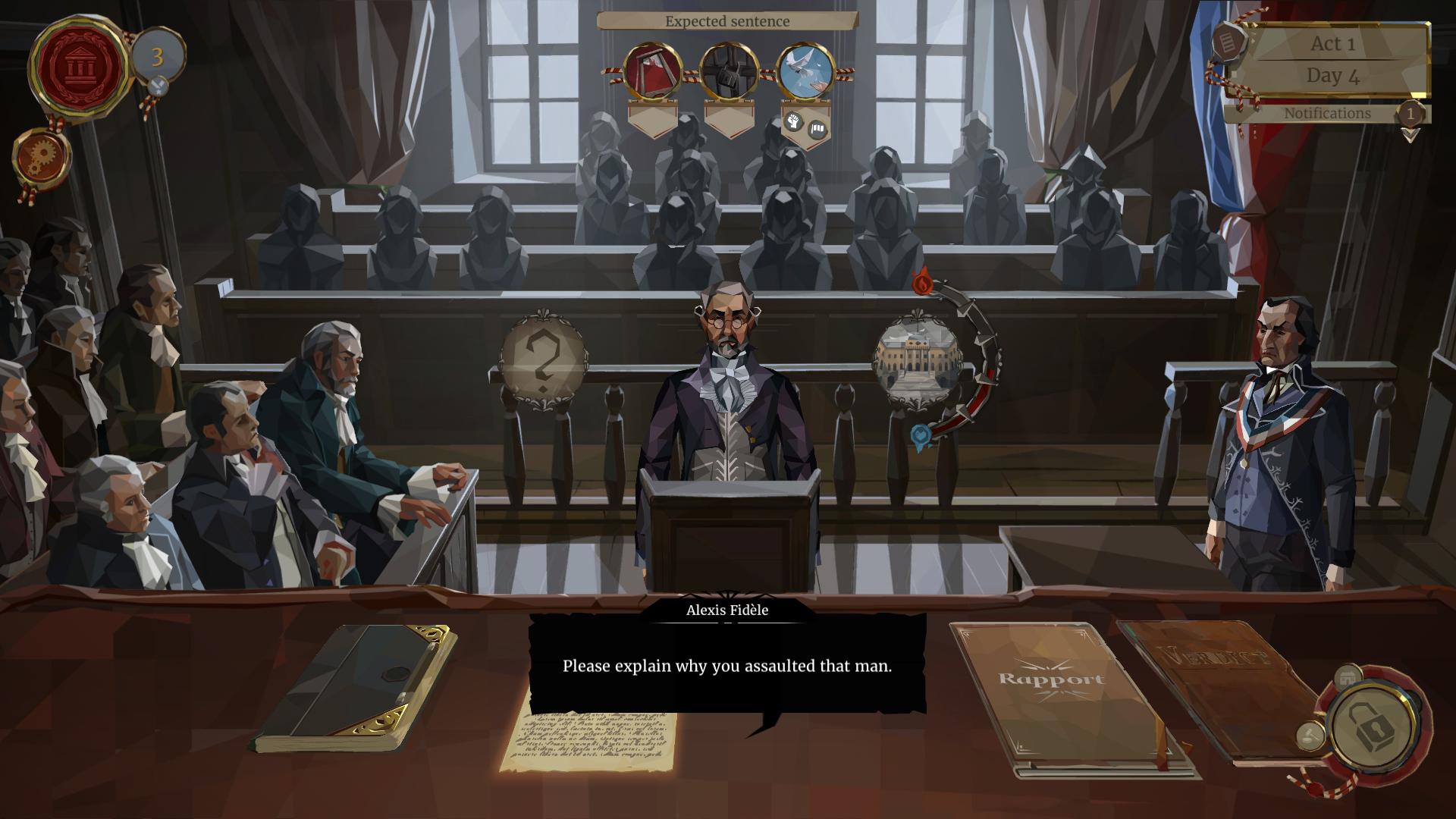 Increasingly fond of phrases like “I blame the parents” and “Bring back National Service”, and never having watched an episode of Keeping Up with the Kardashians or The Only Way is Essex, I reckon I'd make a superb High Court judge. We, The Revolution, a French Revolution sentence-em-up due at the end of this month, should prove as much, but just in case it doesn't and I end up a tumbrel passenger rather than a tumbrel filler, I've already got a parting phrase prepared: “It is a far, far better thing that I do, than I have 20 Louis d'or sewn into the gusset of my breeches. They are yours if you help me escape.”

K is for Kim Eun-sim 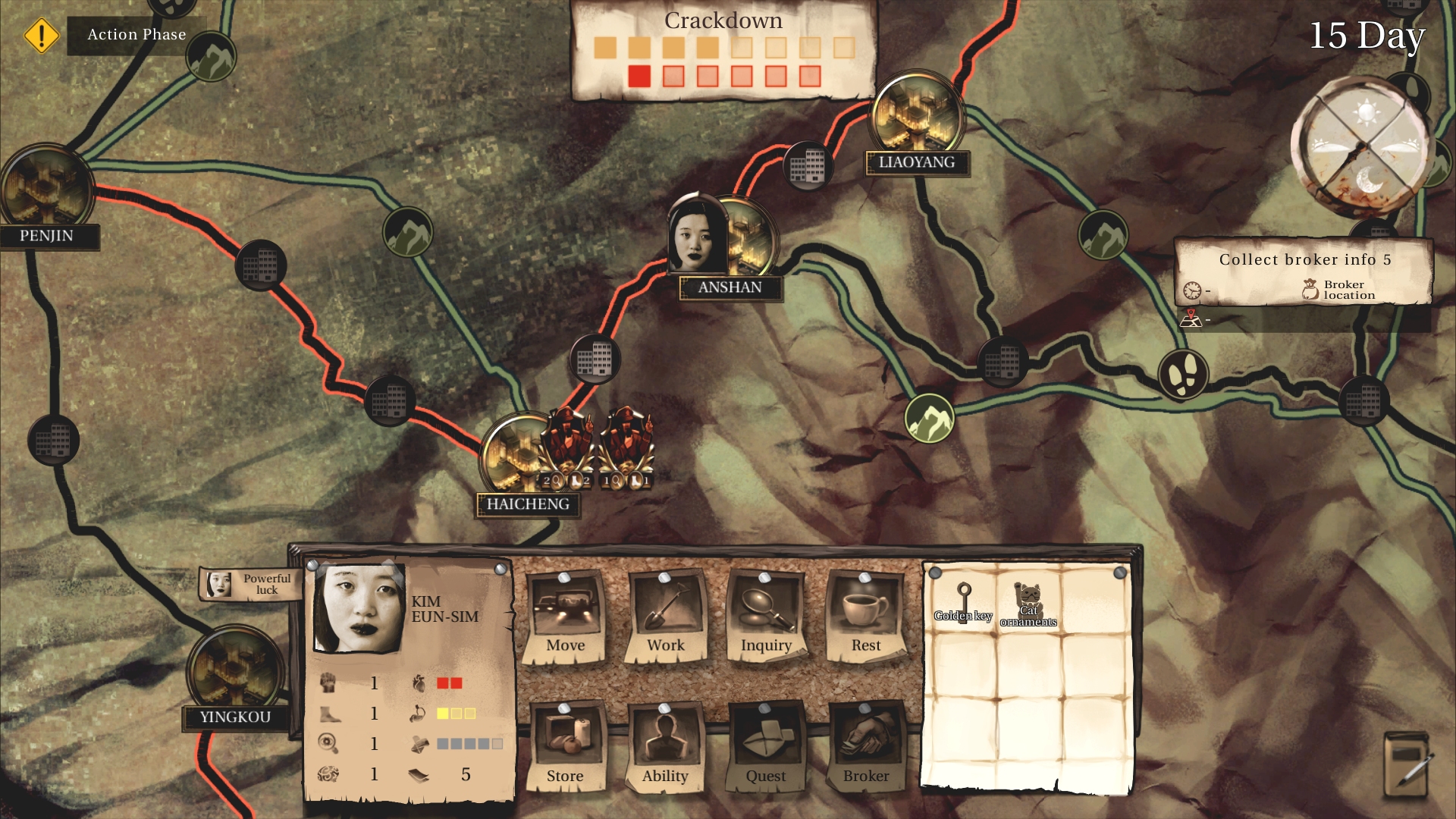 Way of Defector - quite possibly the hardest strategy game on Steam - has a new playable character. Kim Eun-sim is feeble but, on paper at least, luckier than any of her fellow fugitives. I've already watched her perish from starvation or firing squad fusillades half a dozen a times, and yet I keep playing because WoD really isn't the RNG-dominated frustration factory that some Steam reviewers claim it to be. Yes, it's as hard as iron, but the difficulty feels appropriate and can be significantly ameliorated by thoughtful tactics. Roll on the Underground Railroad or Great Escape-framed sequel.

L is for Loaded 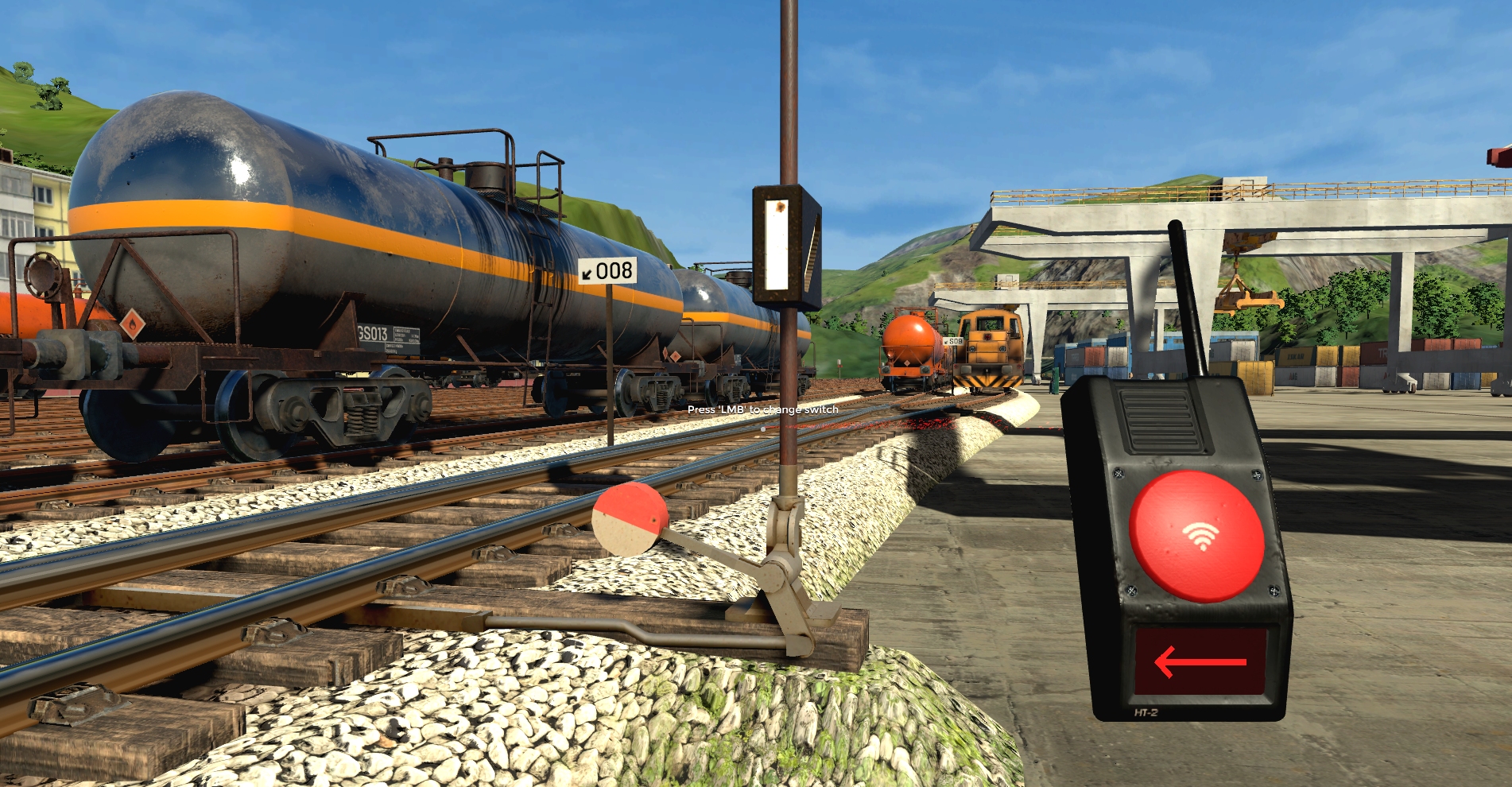 Bumper sales of Derail Valley have allowed Altfuture to increase its workforce by 60% during the past month, and pay off a hefty Serbian Innovation Fund loan. With help from the additional coder improvements like speed/gradient signs, villages, and hazmat jobs should be in place by the end of March.

M is for Mikoyan-Gurevich

The WIP Farmer recently added to DCS World has zero interest in wheat yields and milk prices. Its reapers are 30mm cannons and Atoll missiles, its ploughs general purpose bombs and S-5M rockets. Made by RAZBAM and still a few patches away from perfection, it's a MiG-19P which means we get an airborne radar, albeit a fairly primitive one. The Izumrud RP-5 has a detection range of about five miles for fighter-sized targets and needs to be at least 7000 feet AGL to show anything useful on its lidless yellow eye.

N is for Naval Battles Simulator

My, how you've grown! In the four years since Flare Path last star-shelled Naval Battles Simulator,  this Great Naval Battles-reminiscent WW2 real-time wargame has acquired a seriously eyecatching campaign layer and a host of new combat subtleties. It's also gained a release date. If all goes according to plan NBS should be available to purchase through www.nbsim.co.uk and Steam in three weeks' time.

O is for Own-goal 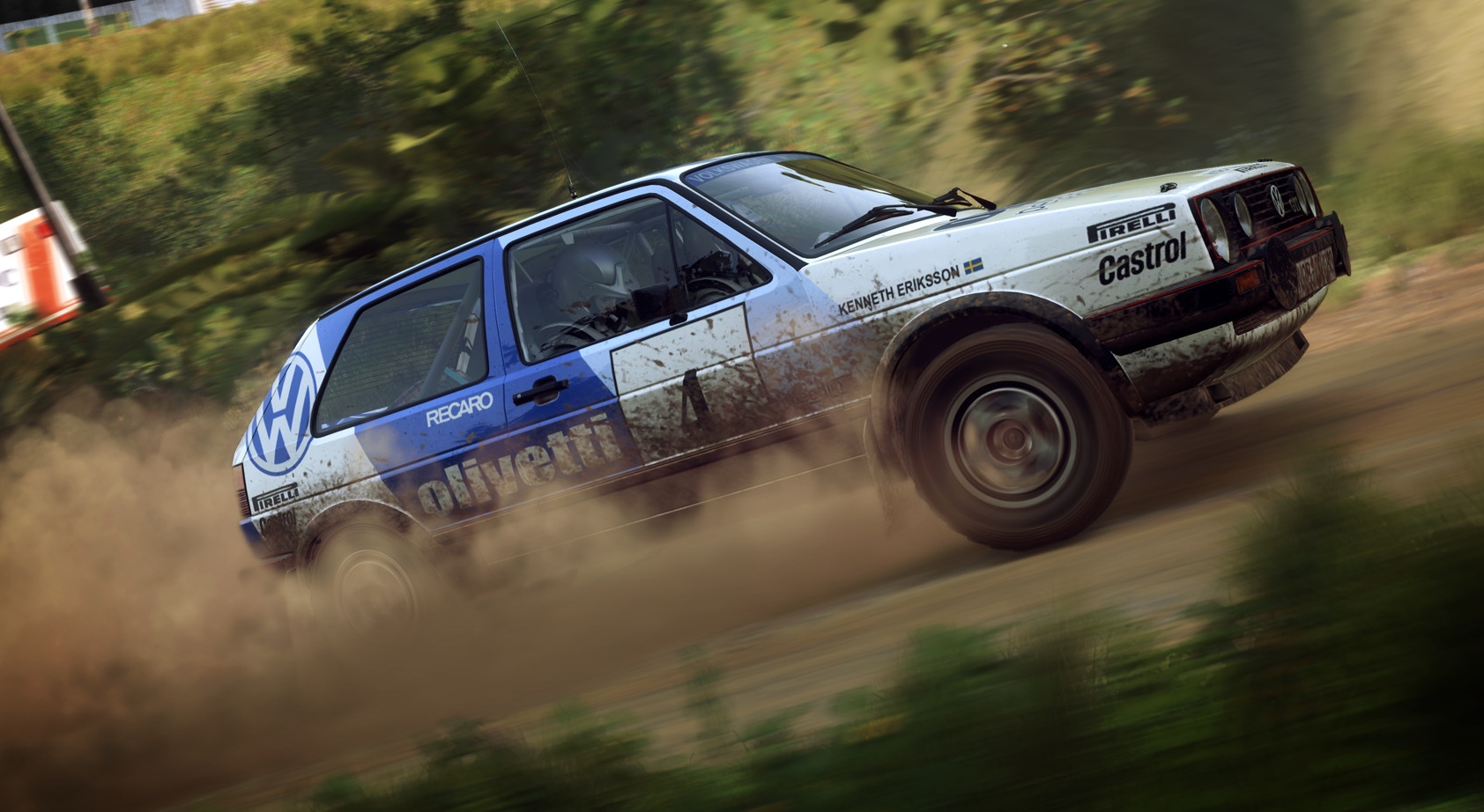 Thanks largely to feeble force feedback and a solo career mode* that must gossip continually with a temperamental server to function, there are more red thumbs than blue thumbs on Dirt Rally 2's Steam page at the moment. Codemasters have the cheatproof (?) leaderboards they crave, but they've paid a massive price for them in punter goodwill.

*Various championships can be played without a connection

P is for Panther politics 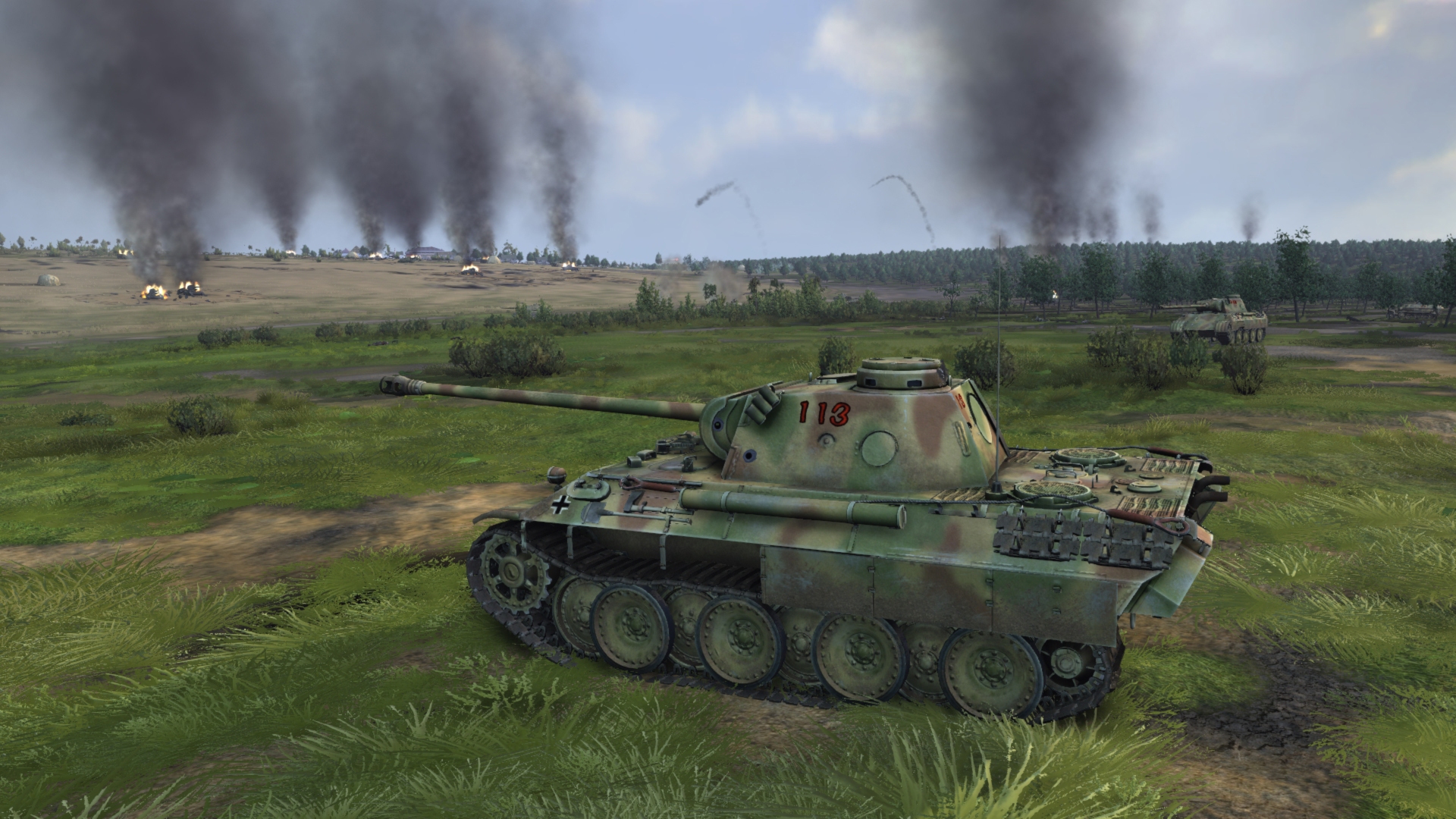 Adding a new tank to a wargame as detailed as Graviteam Tactics: Mius Front is no simple matter. While armour thicknesses and main gun capabilities are easily verified, important characteristics like ergonomy, reliability, and armour quality are open to interpretation. Judging by this forum thread, the Panzerkampfwagen Vs in GT's latest add-on, Against the Tide, may surprise and disappoint some. Having done extensive research, Graviteam's CEO Vladimir Zayarniy is convinced “the Panther is a poorly designed and low-quality tank”! 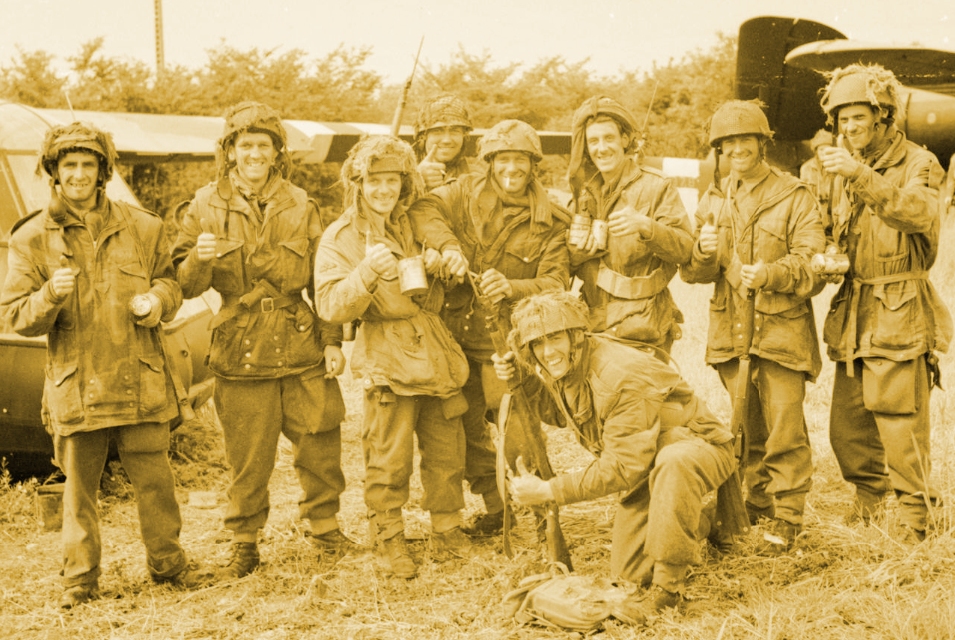 R is for Reds under the bed

Nostalgic for the days before troll factories and dodgy dossiers, thieving oligarchs and twittering presidents? Early Access Cold War TBS Terminal Conflict takes you back to a simpler time (1946-1991), a time of fallout shelters and domino theories, iron curtains and interminable proxy wars. After scouting the forum and dev diaries I'm left with the impression that the deep and singular TC still isn't as accessible or transparent as it needs to be, but Strategy Mill are working hard to improve matters. Whether MIRVIN, the game's Joshua-esque supercomputer AI, will ever learn how to pronounce the word “camaraderie” properly, remains to be seen.

S is for Swamped by suggestions 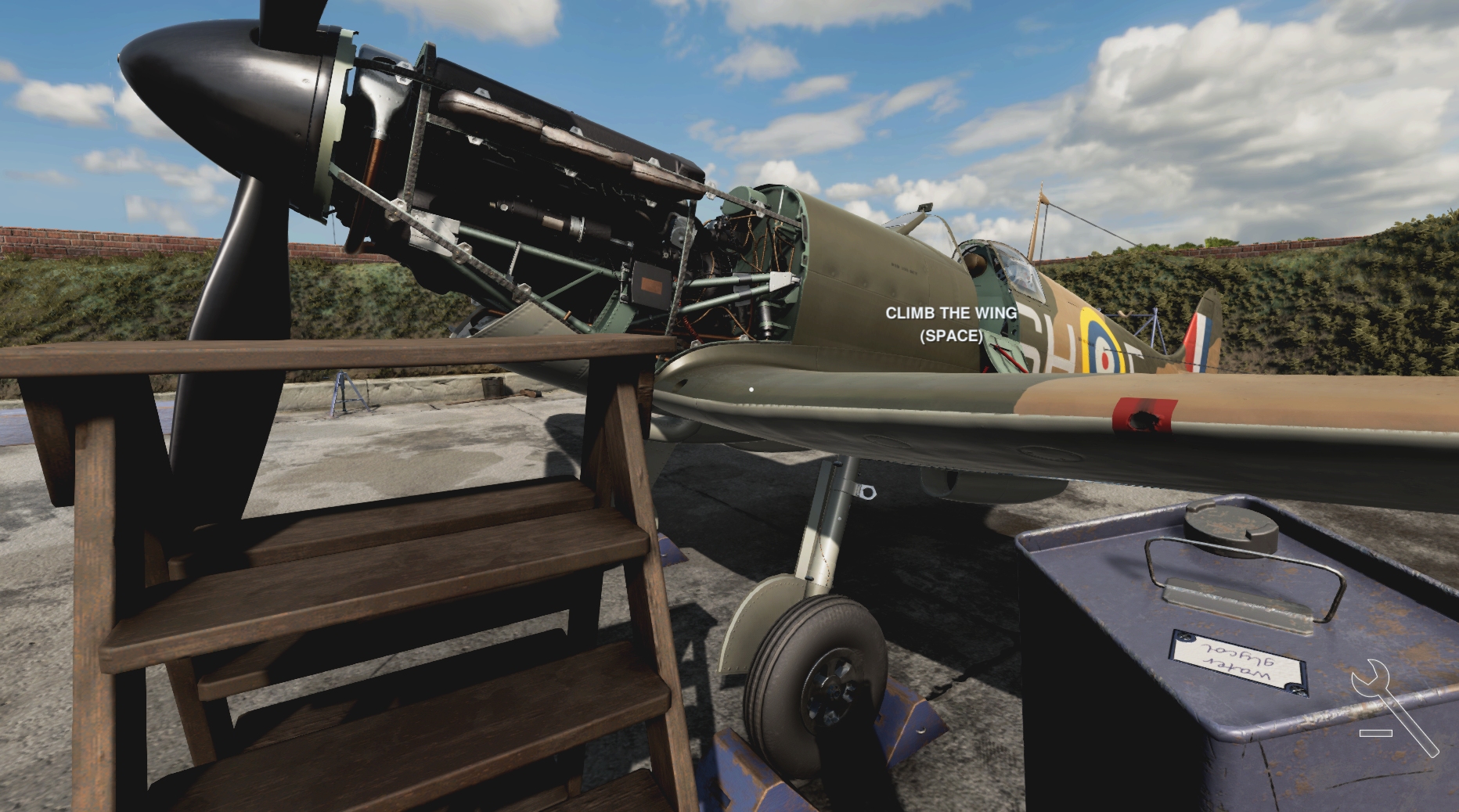 Popularity is a double-edged sword. For a brief spell last month launch Plane Mechanic Simulator was the fifth bestselling game on Steam. Judging by the extremely busy official forum there are very few disappointed customers but almost everyone who purchased has an improvement suggestion or two. Entreaties range from the optimistic - flyable aircraft, B-29s, MiG-29s... - to the, hopefully, eminently practical - gamma control, longer fuel hoses, and British background chatter (one eagle-eared player has identified the ambient audio source as a US shipyard) .

T is for Tragically triffid-free 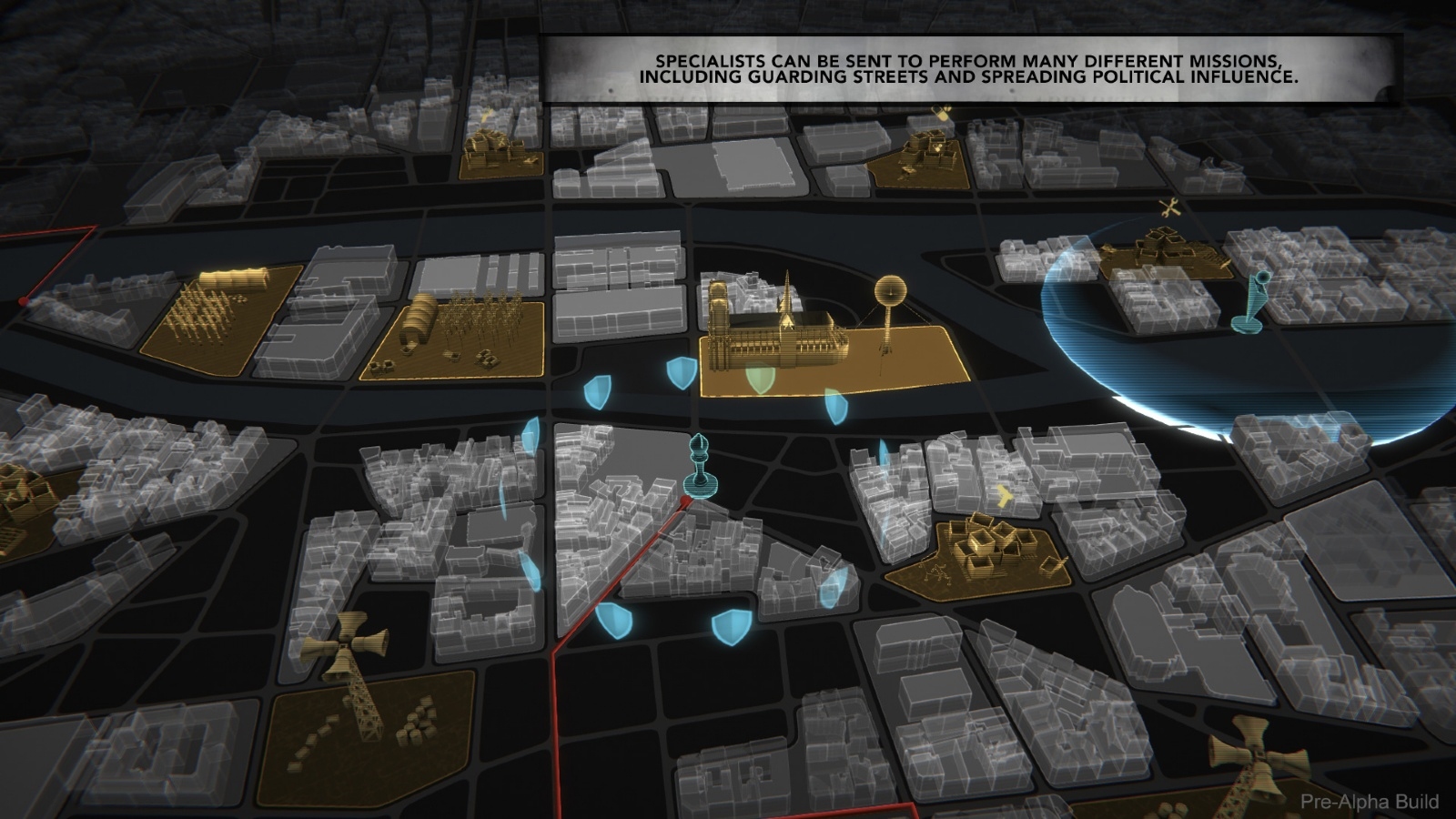 Bah. Slitherine Group dismiss my Day of the Triffids RTS idea out of hand, yet back Neverdark, a post-apocalyptic strategy game that wouldn't know a perambulating pitcher plant if it was slapped in the face by one. I love the idea of battling for control of real cities and turning the rotating restaurant at the top of the Post Office Tower into a giant sun-tracking tomato glasshouse, but do wonder if dog-eared street maps might fit the theme better than those clean, clinical urban wireframes.

U is for Unexpected undertaking

The Wings Over the Reich Spitfire seems to be shaping up nicely, as do the new steeds destined for rival BoB sim IL-2 Sturmovik: Cliffs of Dover Blitz. As Team Fusion is currently working hard on a Tobruk themed add-on for CLoDB, I hadn't expected to see a Dewoitine D.520 in the latest update video. Inherited in considerable numbers by the Vichy French Air Force and active over the Levant during the rarely ludologised Syria-Lebanon Campaign, these distinctive French fighters seldom shadowed the Western Desert.

V is for Virgin soldier 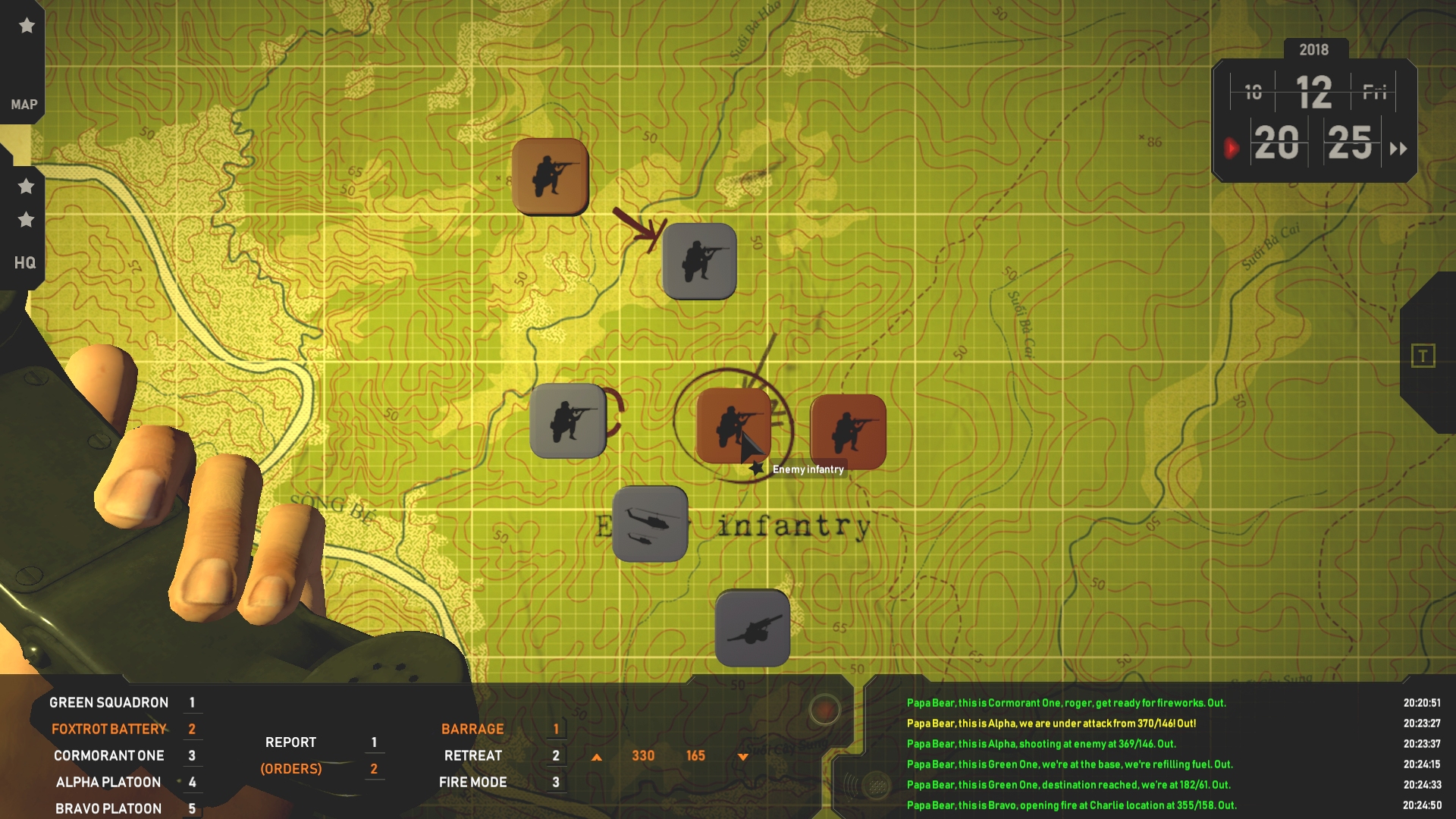 Radio Commander's designer Jakub Bucala tells me that “unreliable comms” will be an issue in mid to late missions. The man with the unenviable task of penning the game's 600 “story dialogues” has also been in touch. Through exchanges involving one young soldier who starts out “full of hopes and ideals” then slowly comes to understand the miserable reality of the war, Tomasz Pstrągowski is hoping to “show the intricacies of this very complicated conflict to players that are not familiar with it.” Assuming truths are whispered not bellowed, and the argot passes muster, all should be well.

W is for Whaling Masters 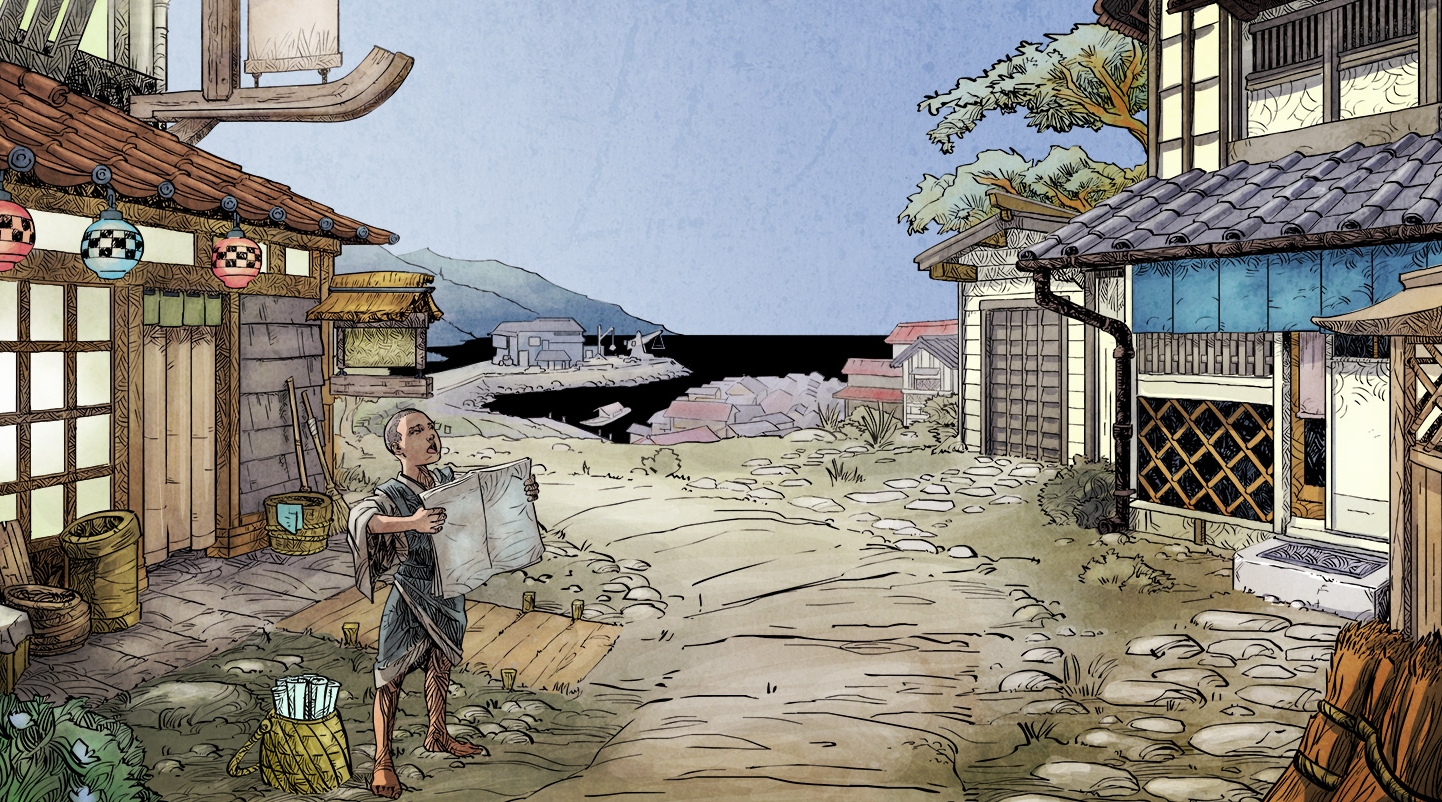 This time last year Flare Path was salt-caked and spermaceti-smeared. With help from Nantucket, Picaresque's picaresque 19th Century whaling game, I told the story of Flora, a reader-crewed square-rigger with a clot for a captain. I'd assumed the Italian devs would move on after delivering the usual batch of patches, but, happily, it seems they aren't done with blubber hunting quite yet. An ambitious add-on tentatively titled “Whaling Masters” is set to arrive in the summer. Its centrepiece will be a new storyless, competitive mode in which players must compete with ten historical AI captains on a new cylindrical global map featuring randomized whaling areas and additional ports (Taiji in Japan, and Cochin in India). Mechanics like overfishing will encourage exploration, and extra events promise to enliven lengthy voyages. If the DLC lets us rename crew (I'm not sure I can face manually editing screenshots again) then more mock-Melville in FP is a distinct possibility.

Hopefully you won't mind if the last three entries in this A2Z consist of veteran videos. The trio, all tank-related, are powerful reminders that our WW2 armour sims, for all their visual and physical verisimilitude, are still narrow, cartoonish things.