Ultimate General: Civil War has travelled a fair-old distance since I Early Accessed it late last year. Game-Labs' spectacular sprite slaughterhouse is now bigger, better, and even more approachable. I like it a lot, but not quite enough to pin a prestigious RPS Recommended rosette on its breast. 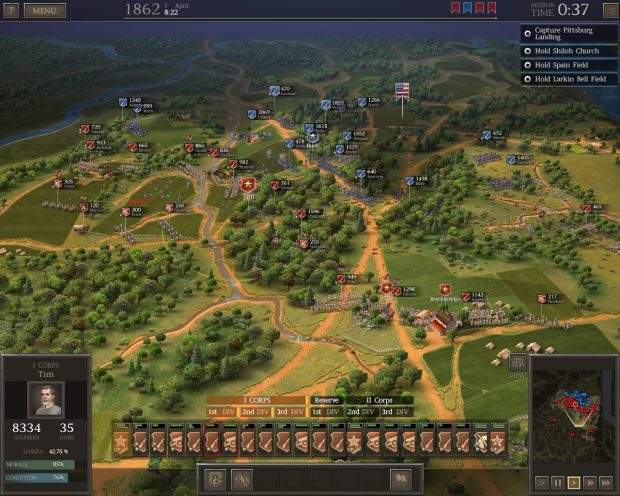 As you're no doubt aware, UGCW is what happens when a lauded Total War AI tinkerer teams up with some extremely talented artists and attempts to make a Sid Meier's Gettysburg! supplanter. 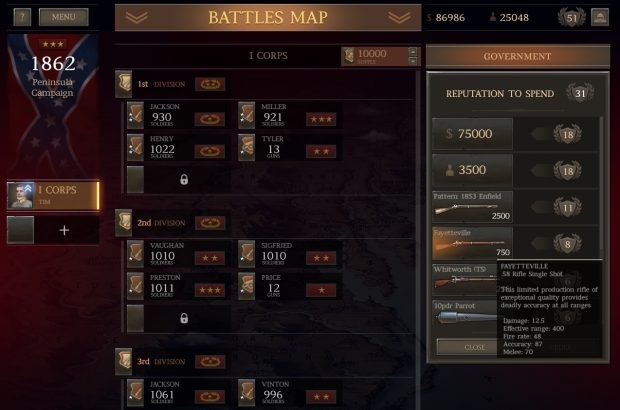 The first Ultimate General loitered in Pennsylvania. Civil War attempts to simulate the whole four-year North vs. South shebang by stringing together 16 historical scraps and 50 fictional skirmishes. Though the campaign chunks are prefabricated and arranged indian file guaranteeing a degree of historicism, the optional side battles and the emphasis placed on building and customising your army between clashes distracts just enough to keep “This game needs a strat layer!” thoughts at bay.

For me, UGCW's best traits are its control elegance, its able AI, and its winsome looks. Having the ability to tell a drag-selected cluster of units how to arrange itself at a destination by scribing a serpentine battle-line directly onto a ridge, wood edge or river bank? Marvellous. Being able to route individual units with hand-dawn paths, and pause to issue orders? Brilliant. Most wargames studios could learn a thing or two about ergonomy and accessibility from Game-Labs. 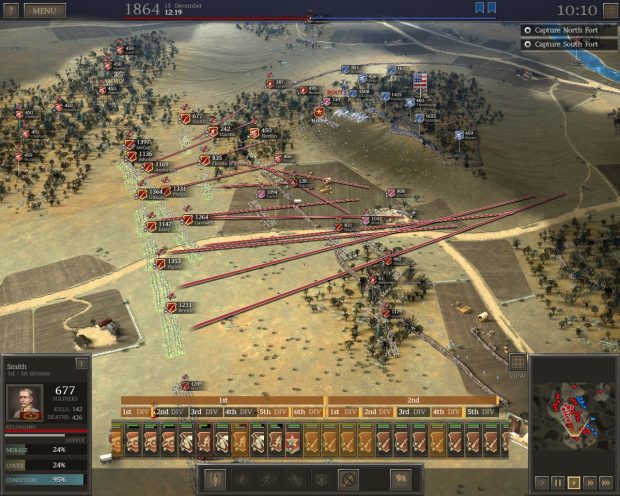 Although I feel the game is at its strongest when the total number of units on the screen doesn't exceed, say, 30, larger battles are manageable assuming you're prepared to regularly stop the clock to superintend. 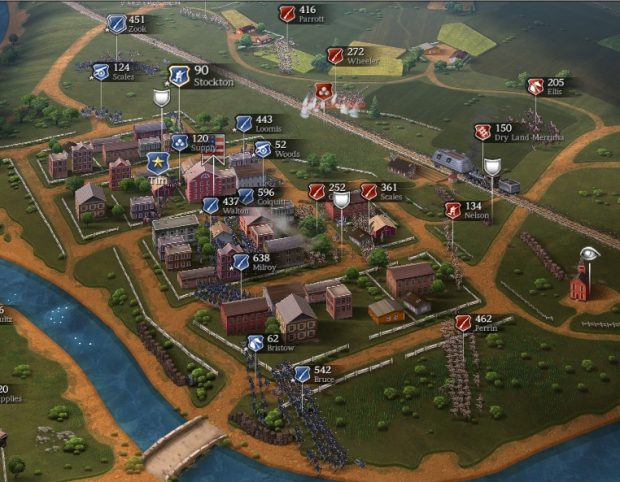 Nick 'DarthMod' Thomadis' ongoing obsession with battlefield behaviours has produced a set of unusually human artificial opponents. Neither too machine-like and restless or too single-minded and sedentary, enemies can be relied upon to attack and defend competently. They know how to plug gaps and make them, reorientate and recoil. They will chafe your flanks with cavalry, seizing stray supply wagons and poorly defended batteries in the process. They will slow your attacks with skirmishers, then shatter them with canister shot and timely infantry charges. 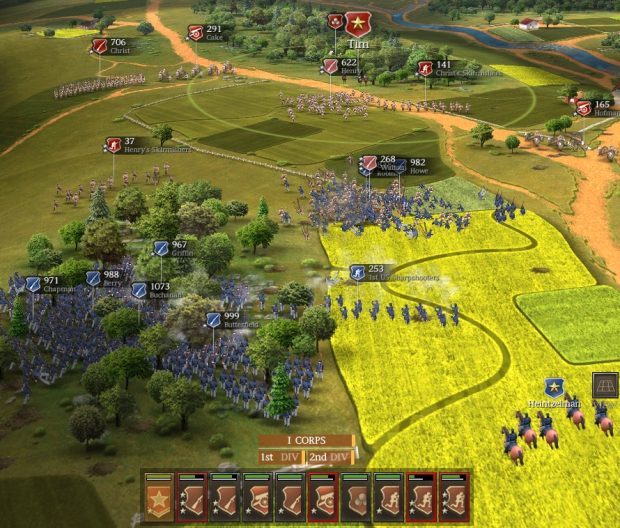 True, the AI gets a fairly big helping hand from carefully constructed scenarios and some pretty generous Line-of-Sight and friendly fire rules. Artillery micromanagement was one of UGG's few bugbears, and the devs seem to have solved the issue by quietly ignoring any hill brows and friendly bodies between muzzles and targets. 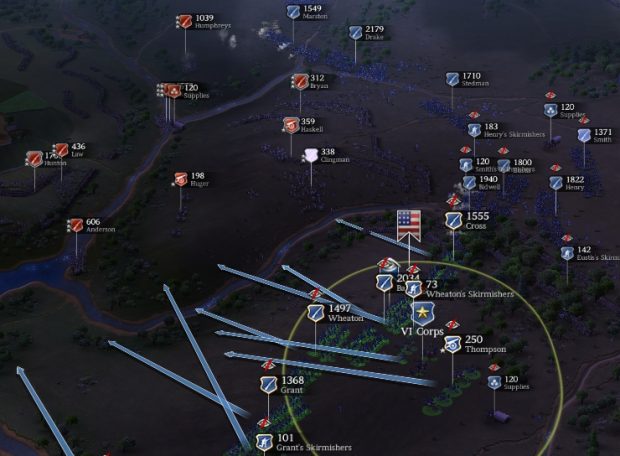 Barry, my inner pedant, feels that cannons should produce more smoke. When I pointed out that valleys filled with fleecy smog would mean we saw much less of utterly charming scenery and soldier sprites already veiled by day/night transitions, he reminded me that I thought the game needed more confusion, more Fog-of-War, and peasoupy battlefields would be one way to achieve that. He's an awfully persuasive debater is Barry. 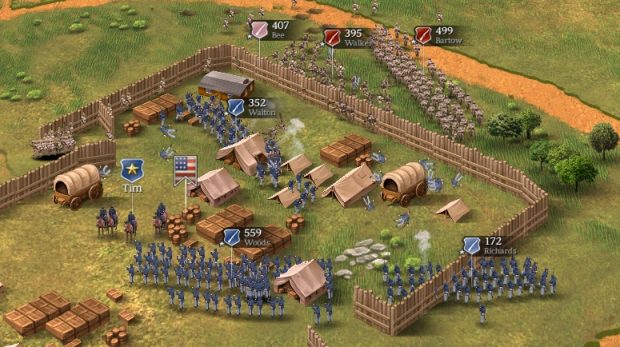 Last November I accused UGCW of exhibiting a “slight tendency towards tactical blandness”. While I enjoy almost every minute I spend in its company, I'm not quite ready to retract that statement. A fairly simple and transparent 'pressure wargame' (Strip away the delightful gold braid and period pewter and UGCW is fundamentally about moving three unit types from A to B in such a way that weight of fire eventually permits subsequent movements to C) Game-Labs successfully enliven the slow, terrain-influenced schwerpunkting with pleasing secondary mechanics involving skirmish lines, supply wagons, and leader manoeuvring. 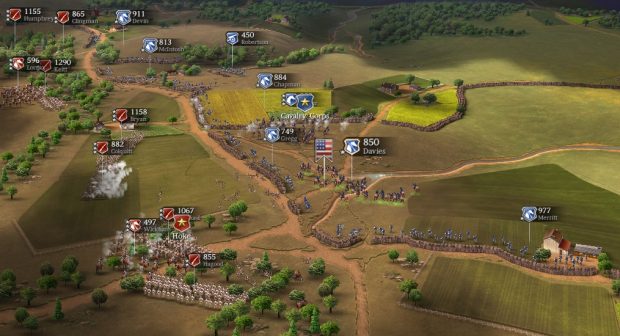 Satellite sideshows starring roaming cavalry and opportunistic skirmishers can be every bit as captivating as the larger clashes they orbit, but do they modulate the tactical tone sufficiently – inject enough unpredictability into the action to put UGCW on a par with the seriously rich, seriously yeasty wargames I regard as genre pinnacles? I think not. Given a choice between an evening of Ultimate General: Civil War and an evening of, say, Sengoku Jidai turbulence, Combat Mission texture, or Afghanistan '11 intricacy, the very pretty, consistently entertaining, unusually approachable, and attractively priced American Civil War title would probably lose out. 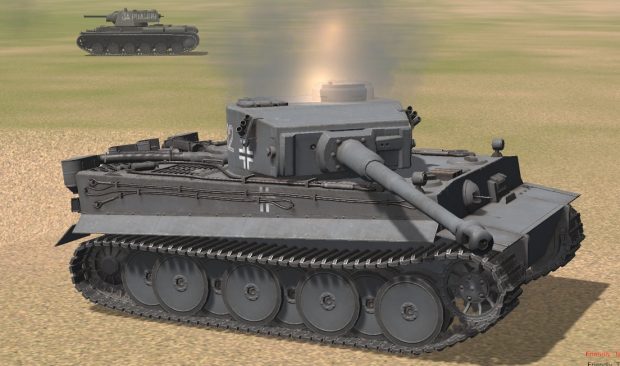 With view distance set to 'maximum', most of Simulatia is visible from the ingeniously camouflaged* Flare Path observation post atop Mount Maddox. Through a powerful pair of binoculars you can make out several approaching flight, sub, train, and farming sims, but, strangely, no work-in-progress armour titles except the Maus-slow, mouse-timid Panzer Unity.

*It's disguised to look like a Blackburn Roc nest

If devs are hanging back because they find the prospect of coding plausible Panthers and convincing Cromwells intimidating then they really need to take a deco at Chobi's Physics Tank Maker for Unity. The demo battlefields might be bald and the AI scripting possibilities fairly limited at present, but the movement and ballistics code cry out to be incorporated in a moneyspinning mid-complexity Panzer Front/Panzer Elite replacement. 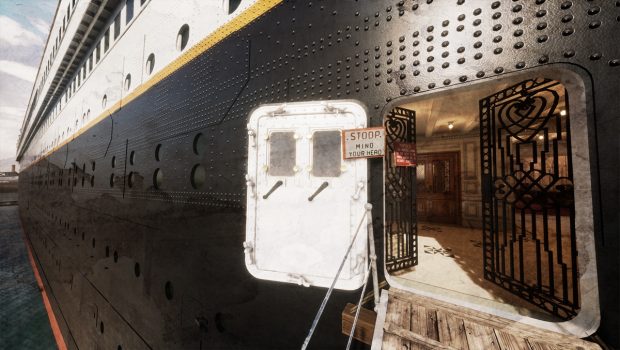 Constructing mind-bogglingly complicated ocean-going leviathans is a slow, expensive business, just ask the teams behind Titanic: Honor and Glory and Britain's latest floating aerodrome. Right now it's hard to say which of these two impressive Southampton shadowers will be finished first. Big Betty's in-service date is 2020, and, judging by the red and yellow 'unfinished' areas on the TH&G deck plans, Thomas Lynskey, Matthew DeWinkeleer, and Kyle Hudak still have a few years of toil ahead of them too. 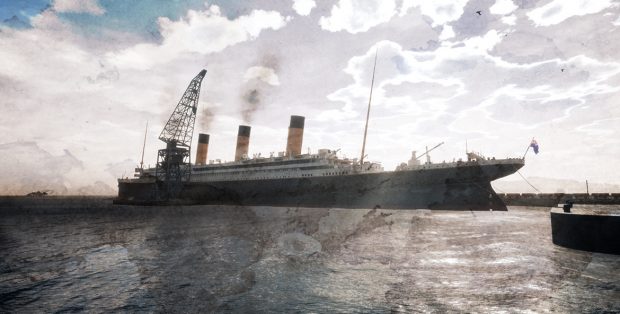 VR-compatible, the most recent TH&G demo (Demo 3) allows limited access to all ten under-construction decks. It also lets you ogle the White Star Line legend from a quayside at her birthplace in Belfast. I wasn't totally convinced by the character witterings that accompanied the latter experience, but, later, wandering through that amazing interior with musical accompaniment courtesy of period-appropriate shellac, the time machine did judder into life. 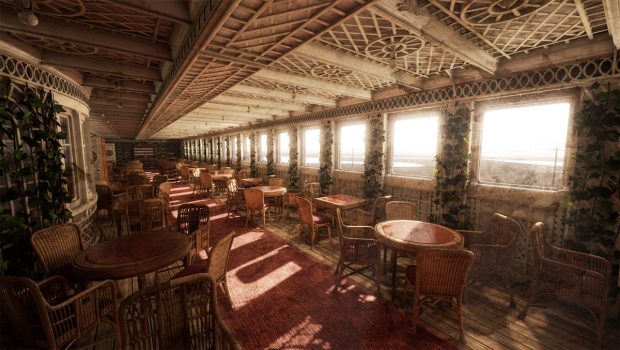 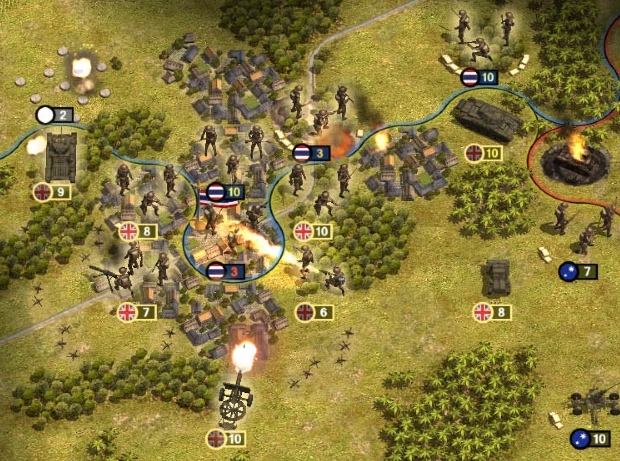 As a kid I lived down the road from an ex-Chindit who'd spent time in a Japanese PoW camp. Mr. Cheetham kept bees and never talked about the war. Sadly, Slitherine don't make games about ex-Chindits who keep bees and never talk about the war (I'm picturing something hexy that jumps unpredictably between restful, puzzle-like hive management and fraught, FoW-heavy jungle warfare). They do, however, make games about Chindits, which is something, I suppose. Wingate's warriors and the rest of the Forgotten Fourteenth haven't been forgotten by Burma Road, a just-released thirteen-quid, thirteen-mission campaign add-on for Panzer Generalike, Order of Battle. 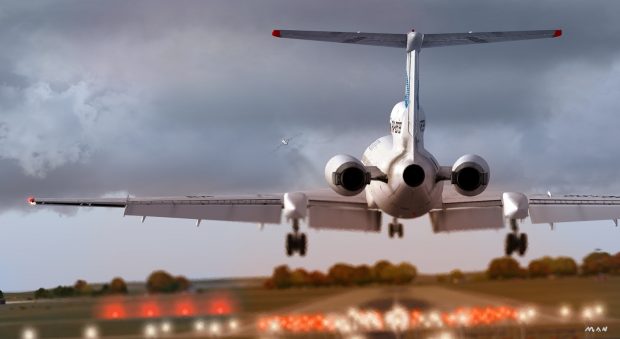 Remember the Flare Path Summer Exhibition? All those stunning sim screenshots? You sneezed on that pic of an X-Plane Eurocopter EC135 air ambulance arriving at the scene of a car crash and were asked to leave by that security man with the tattooed tears and the arms like tree trunks? Well, I'm planning a second exhibition. On Saturday, September 2nd, a Hanging Committee consisting of myself, Roman, Maxine, and Uncle George, will be meeting at the Dog and DUKW to consider sim and strategy game images submitted by lovely Flare Path readers. If you're a FRAPS fiend with an eye for line and colour, or a feel for drama and juxtaposition, why not send a few examples of your best work to me (timfstone at gmail dot com) for consideration.