Always ready to pass the buck, I hold Rhys McCollin partially responsible for my lack of bus time during the past twelve months. His determination to make the upcoming 'Add-on London' utterly marvellous means my sure-to-be-happy OMSI 2 reunion keeps getting put off.

Add-on London will replicate a surprisingly substantial swathe of early 21st Century Brit-Cit. Purchasers that opt to drive the longer featured routes, routes like the 3 (Regent Street to Crystal Palace) and the 68 (Euston Station to West Norwood) are volunteering for round-trips that will take approximately two hours to complete and involve around eighty kerb calls. 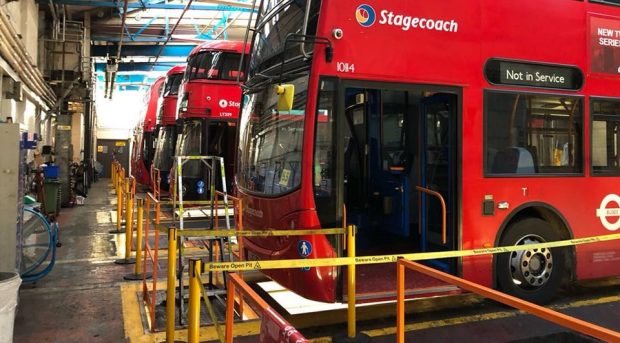 With the work Rhys and colleagues are putting into the adjunct's extensive scenery, four doubledeckers (Enviro 400, Gemini 2, Gemini 2 Hybrid and Gemini 3) and lone singledecker (Citybus 200) there's little chance time will drag during these buttock-numbing marathons. Photos, measurements and sounds gathered during field expeditions should ensure steeds are splendid company and fully exploit the parent sim's genre-leading physics and audio capabilities. 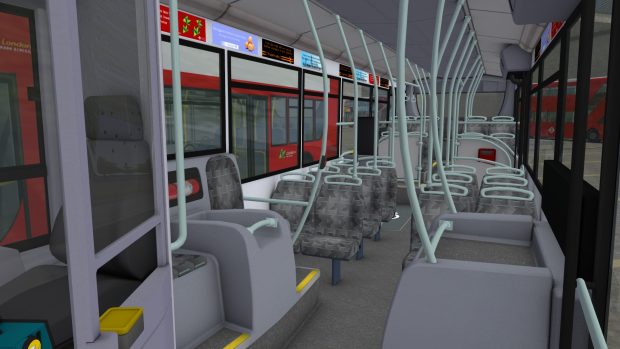 Done “when it's done”, Add-on London's long gestation has been lengthened by a leak furore that came to a head/conclusion recently with a tweet publicly naming and shaming the leakers. Time Rhys would have much preferred to spend bus sculpting and script coding has instead been spent tracking down the people responsible for distributing half-finished content behind a smoke-screen of fake social media accounts. I'd assumed bus lovers, like train enthusiasts, were all Good Eggs. It seems I was wrong. 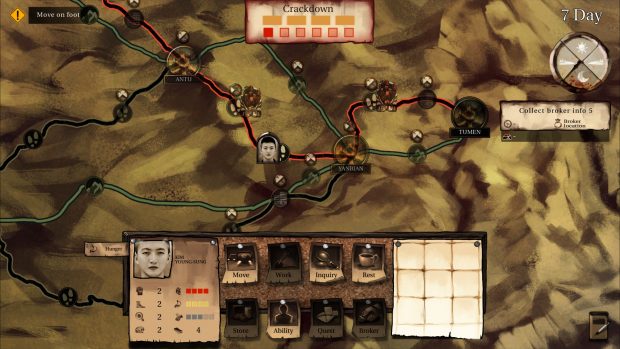 Way of Defector, the only flight simulation I've ever played in which you can be killed by poisonous mushrooms, brutal secret policemen, and scrumping-related injuries, is now available. Disregard the Red Thumbers on Steam who claim there is “no way of progressing without leaving it up to chance” and that the “storytelling is generic”. Eluding the Chinese security goons (though WoD is all about fleeing North Korea, it's set in N.E. China – see this Flare Path for details) does seem insanely difficult at first, but once you learn a few survival tricks, it's merely difficult.

If Dev Arc heed the handful of grumblers and reduce the challenge or add configurable difficulty settings, they risk seriously damaging their creation. Players could be denied the Genuine Elation I experienced the other night when I finally managed to get an escaper into South Korea. Because flights can take two months, every day of which is a battle to stay fit and free -  because escaping the undemocratic DPRK should be hard - victory in WoD feels unbelievably sweet when it comes. 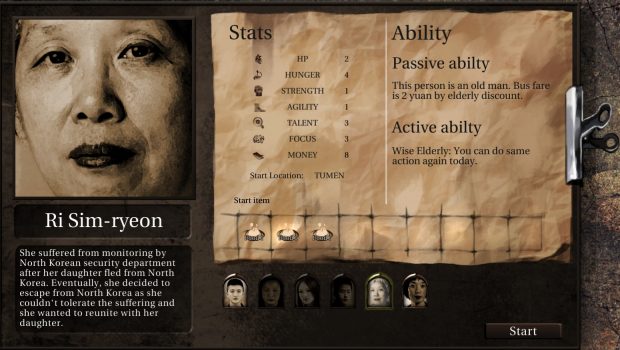 The more you play the more you come to appreciate the cleverness of Dev Arc's design. WoD has similar qualities to a good solitaire board game. It's not over-elaborate yet it generates distinct, memorable tales every time you play. Cruel dice results can curtail a defection attempt, but canny, cautious players who roll their chance cubes with care will rarely feel Fate-whipped or hard-done-by. 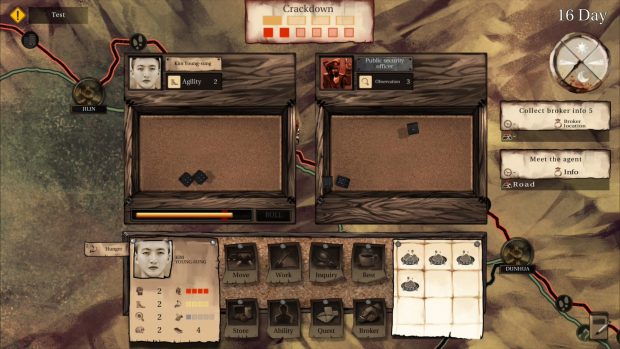 I played for a day without realising that I could boost my chances in the Fighting Fantasy-style skill tests that spangle proceedings, by releasing the dice at precisely the moment the power bar touched a thin red marker (hit the mark and another dice is added to your roll). The mechanic is nuanced by physical injuries and conditions that narrow the marker, and 'lucky' items that thicken it. Before particularly important skill tests, you find yourself pausing... focussing... finger-flexing. WoD produces tension the way a North Korean missile test produces international tutting. 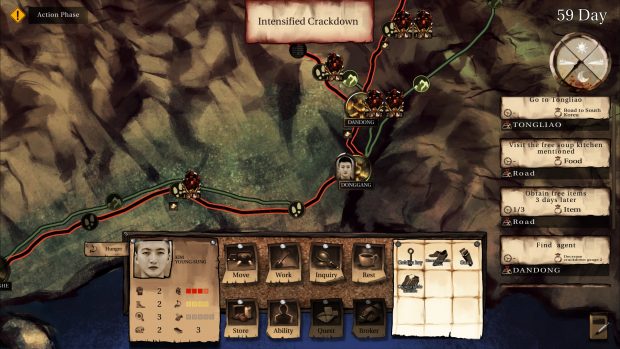 I was going to end this piece with a recommendation and a few tactical tips but as part of the pleasure of Way of Defector is stumbling upon survival strategies, I think a recommendation will suffice. Priced at a piffling £2/$3, and with longevity guaranteed by multiple playable characters and that prodigious-yet-apt difficulty, there's little danger you'll regret buying 2017's most topical and testing RPG. 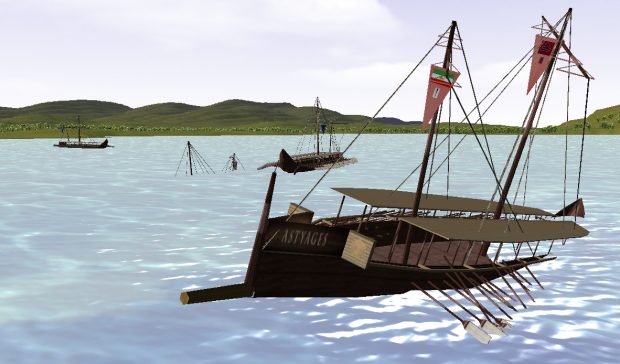 The brain behind brine-soaked oldies like Dreadnoughts and Armada, has taken criticism of harsh time limits and missing GUI elements on the chin. TC is now far more relaxed when it comes to timekeeping and, with help from a shrinking rower icon next to the rudder and speed buttons, happy to tell you exactly how knackered your knot producers are.

The sage changes mean I'm now a fully qualified Captain with the deaths of hundreds of Persian mariners on my conscience. I've still got a way to go before the game lets me participate in a full recreation of the Battle of Salamis, but am in a position to lead squadrons of 8-or-so vessels into harm's way whenever I fancy. 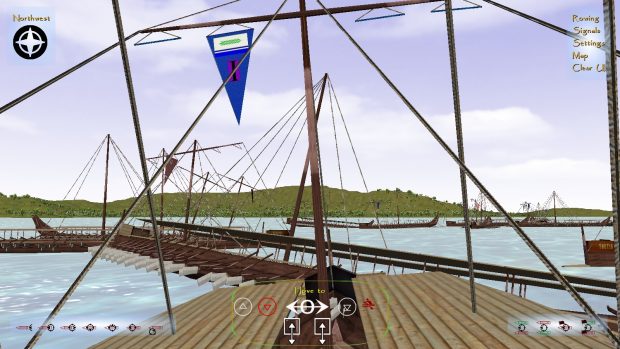 The Captain-level scenarios prove that TC can do drama and excitement. Standing at the pointy end of your flagship as fleets close, it's impossible not to feel a surge of something primordial. Yes, there's no spray in your face, no glints off sun-warmed armour, no dolphins frolicking in your bow wave, no bow wave, but the knowledge that you're heading at full pelt towards a maelstrom of thrusting prows and flying arrows distracts from graphical shortcomings remarkably well. 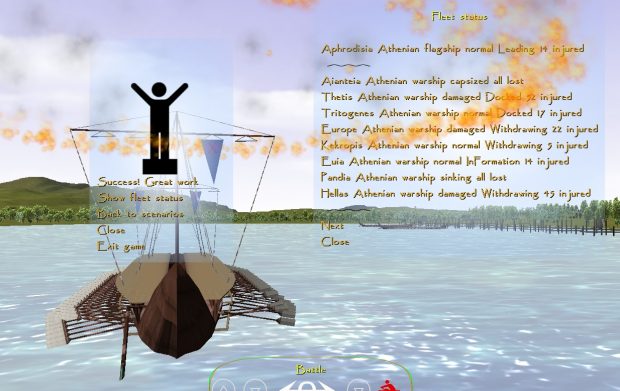 When opposing formations collide, the result is usually pandemonium. Last night after goring one galley with Aphrodisia's embolon, I found myself in a pursuit with another enemy craft. Unfortunately, I was the pursuee rather than the pursuer, and was moving backwards unlike my foe. Ultimately, some deft differential steering (I engineered a sudden, left turn by ordering my port-side rowers to drag their oars) saved the day and the relief of my invisible crew turned to jubilation when the outmanoeuvred Persian was rammed amidships by Hellas, a late-arriving ally. 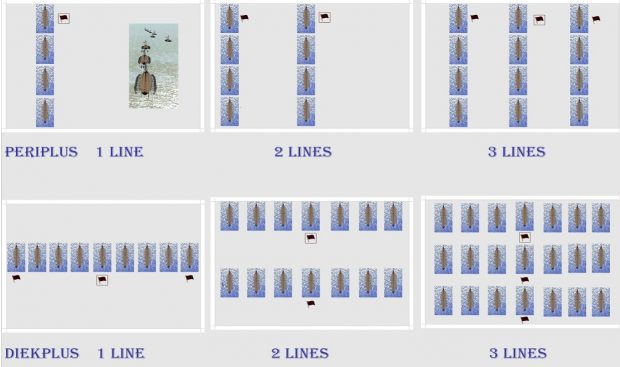 Although the larger scenarios undoubtedly show TC at its best, they also expose some rotten timbers that hopefully Peter will attend to in the weeks to come. Combat-related chaos feels fitting. Chaos resulting from allied ships, miles from threats, blundering into each other during simple formation changes suggests Trireme Commander's friendly AI routines still need work.

My horoscope was uncannily accurate yesterday:

“A horoscope hack will encourage you not to fret about your financial situation. You will accidentally drop a satsuma on a cat. Two new train games will enter your life.” 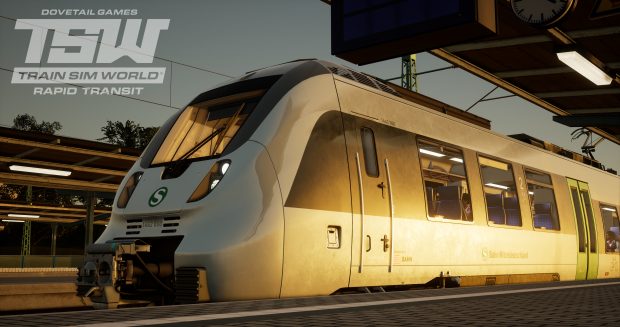 Rapid Transit (£25) is Train Sim World's first German route. A facsimile of a 60km S-Bahn Mitteldeutschland line (S2), it comes with an absolutely gorgeous Talent 2 'Hamster Cheeks' Electric Multiple Unit and some atmospheric subterranean stations. Whether these assets compensate for the add-on's fairly prosaic (judging by last night's First Look presentation) overground scenery and very limited potential as a loco playground, I aim to ascertain over the weekend. 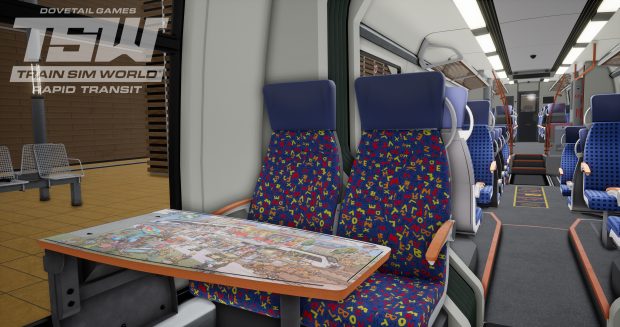 The readme for the 'Happy Holidays' TSW patch that accompanied Rapid Transit makes no mention of physics improvements so it will be interesting to see how the Talents behave when accelerating, braking, and coasting. 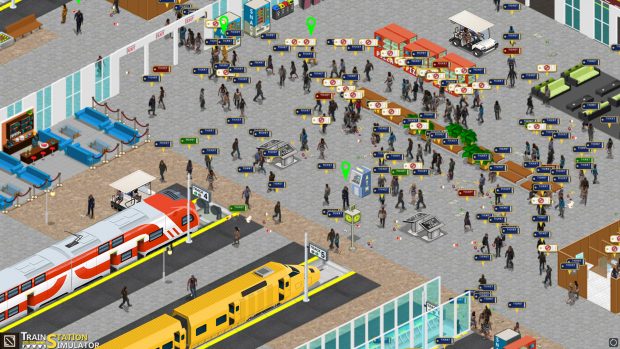 This weekend, as well as admiring station architecture in TSW, I'm planning to create some in the Early-Accessible-for-£9 Train Station Simulator. Judging by my initial foray TSS certainly knows how to tycoon. Last night's 'quick-ten-minutes-before-bedtime' effortlessly morphed into 'blimey-is-that-the-shipping-forecast?'.