Throughout my chat with Modern Storyteller's managing director Nick Pearce about his upcoming game The Forgotten City, there are two things conspicuously absent from our conversation: "Bethesda", and "Skyrim". Ever since Pearce announced he was re-imagining his popular time-looping murder mystery mod into a proper game last year, Bethesda has become the publisher that shall not be named. Not in a properly evil, Voldemort kind of way, thankfully, but having to cut ties with the game that helped Pearce make his name (not to mention win him an Australian Writers Guild Award) has still made its journey to release a bit of a tricky one.

"We have a pretty courteous relationship," Pearce tells me at PAX East. "To put it as accurately as possible, we have a limited consent agreement, and they have agreed to not object to me making the mod. So they certainly don't endorse it, but they won't object as long as I don't refer to them or their intellectual property - and that's fine. Obviously, we would like everyone who played the mod to play this as well, but it can be difficult to reach them because we're not allowed to go to the mod page and say it's now a standalone game. So we rely on word of mouth and the press that the game exists and that if people enjoyed the mod then they'd probably really enjoy this as well."

To his credit, Pearce is extremely diligent about not mentioning either Skyrim or Bethesda during the whole of our chat. Mostly because, as a former lawyer himself, he's probably all too aware of having Bethesda's legal team knocking on his door if he slips up. But I also get the sense that Pearce is turning this unusual trial by fire to his own advantage, using it as his own kind of personal training ground. A way to see whether his entirely self-taught development skills are up to snuff enough so he can carry on making games once The Forgotten City comes out later this year and he no longer has millions of potential Skyrim fans to draw on. 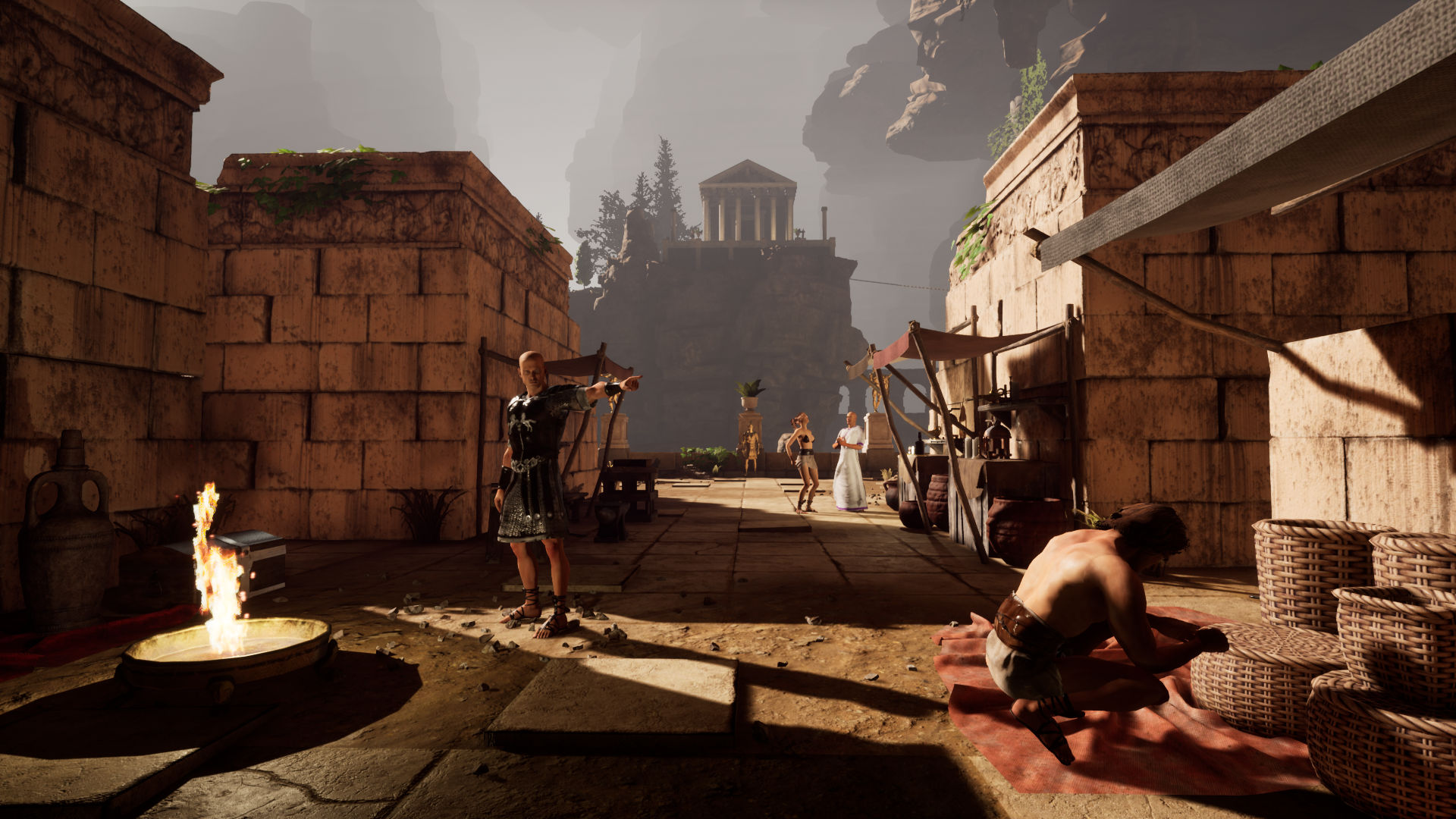 "Having the mod under my belt has slightly reduced the crushing existential dread of being a game developer, but it certainly hasn't removed it," says Pearce, adding that making The Forgotten City a full game is the riskiest thing he's done to date. "Giving away a legal career and taking a long break from it is an incredibly risky thing to do, but I did it because it's what I love, and over time I've just slowly adapted to it. I may live to regret it, but why not? I don't know what's going to happen, but I love game development, and I really hope enough people like it so I can keep doing it."

The Forgotten City is a complete re-imagining of Pearce's original mod, built from the ground up in Unreal Engine with a brand-new setting, an all-new cast of characters, and a branching narrative. At this point it bears little surface-level resemblance to its Skyrim source material, and Pearce says he's been busy "levelling up every possible thing that can be levelled up." He's also enlisted the help of a former From Software environment artist to help polish up the game's visuals, and he's been re-writing the script with the help of Where the Water Tastes Like Wine editor Laura Michet.

Admittedly, I'm not one of the two and a half million people who played the original mod, so I can't speak to much how it's changed or evolved since its initial release. But Pearce is confident that old and new players alike will find plenty to enjoy here. 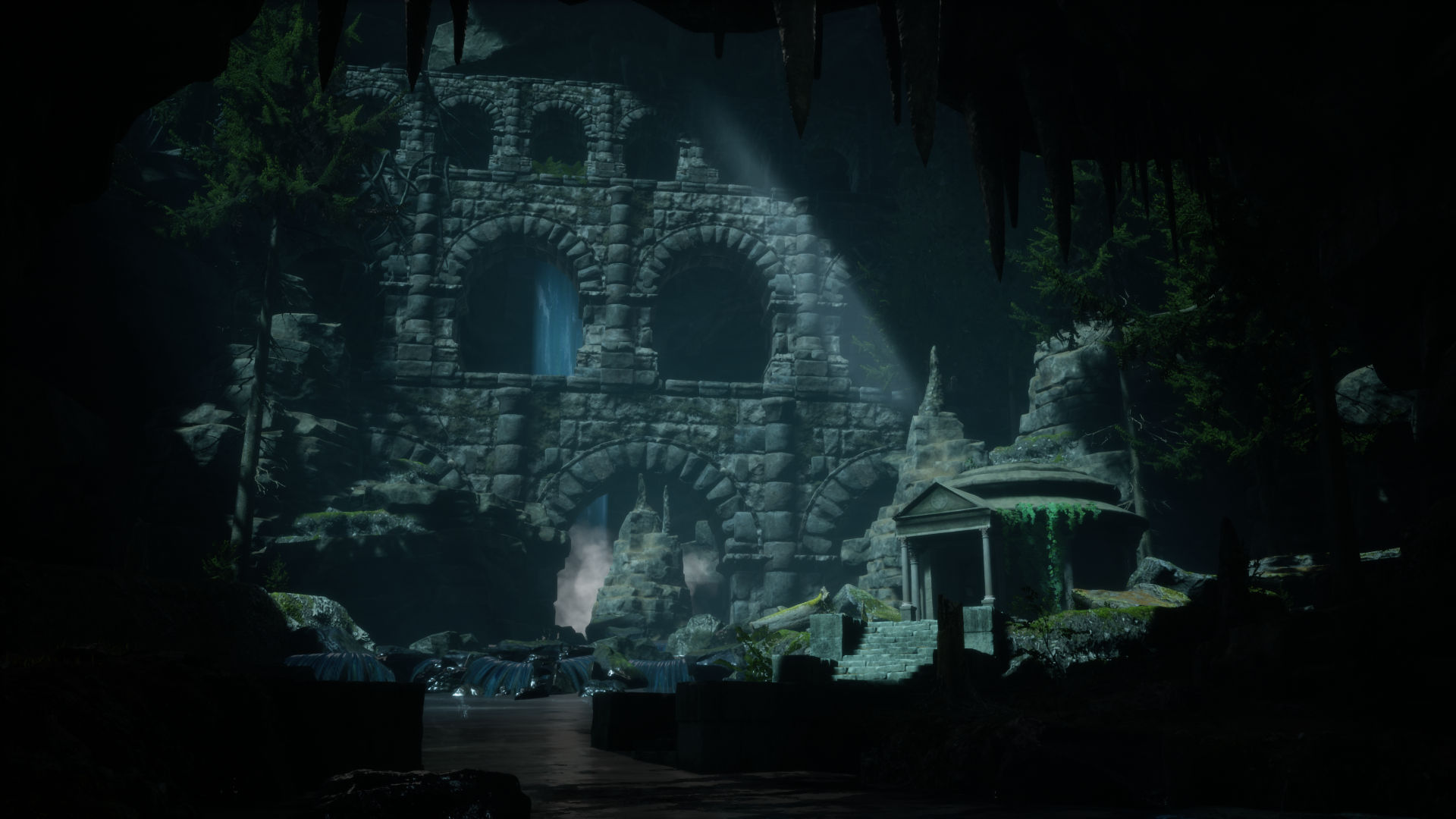 "Fundamentally it's a similar experience, but it's better, more polished, more interesting, deeper and darker," he says. "There's definitely heaps of content here for people who played the mod and are on the fence about whether to play this. I want to make games for intelligent adults who could figure things out for themselves - there just aren't enough of them. I also want to make games that leave you with a really intense emotional experience that make you go 'Wow'. That's the goal."

And based on what I saw during my demo at PAX East, it certainly looks as though Pearce will be making good on his promise. There were still a couple of rough edges here and there, mainly in some slightly wonky swimming and opening door animations, but its central hook of trying to save 26 strangers from certain death in an Ancient Roman city is instantly very compelling – especially when everyone gets turned to gold the moment someone commits even the tiniest sin within the city walls, making this as much a kind of moral decision-making game as a murder mystery.

"All you know is that all of them are about to die, so your job is to figure out what's going to cause that and try to stop it from happening," says Pearce. "One of the ways you can do that is to exploit the time loop and try and fix the mistakes you made and make everything go the way you want to. It's got complex moral decisions and there are multiple endings as well depending on what decisions you make."

One of the first things I had to do in my demo, for instance, was help the resident medic, Winter, work out who poisoned one of the other residents. She tried getting the antidote off one of the other chaps who's set himself up as the local merchant in this rather rag-tag society, but his asking price was simply too high, so the poor woman died. Now, I was meant to go and have chat with Xavier myself to ask about the antidote, but I ended up getting distracted by one of the golden Roman Centurions standing in the town square. An option came up to take his bow, and I thought, 'Sure, why not. Always handy to have a weapon, right?'

Then suddenly the statue sprang to life, his eyes glowing like two hot suns while an ominous voice boomed, "The many shall suffer for the sins of the one!" Taking the bow counts as stealing, you see, and thus I'd broken the sacred 'Golden Rule'. As it turns out, I probably would have had to have stolen the antidote anyway, so I quickly grabbed it from the marketplace while Xavier was distracted by the bloodthirsty Centurion and hoofed it back to the portal where I'd arrived. Time then reset itself and I was right back at the start, only this time I already had the antidote on hand so I could give it to Winter before her patient shuffled off their mortal coil.

Unfortunately, that was the point where my demo ended, but it left me eager to find out more and dig a little deeper into what's going on in this strange, cobbled together little nation state. You see, all of them have been stuck in this weird time-loop for a while, and they're gradually cottoning on that something isn't quite right. Most of them are a mixture of ordinary men and women like yourself, but some of these wayward time-travellers have also gone full Roman, donning full Centurion garb and togas and whatnot, and they live in a gated community in the upper echelons of the city. They call themselves the 'Patricians', and have taken to calling everyone else 'Plebs'. The relationship between these opposing sets of ideals is something Pearce was keen to explore himself by moving his mod to a more modern day setting.

"This is set in the real world, so we're able to tap into some really interesting philosophical themes that arise from Ancient Roman philosophy," he says. "There are questions about moral relativism, and it gets into some pretty dark and gritty areas. Everybody in the game has their own take on [The Golden Rule] and what constitutes a sin." This means that some characters think that our contemporary morality is universal, while the Patricians have adopted the laws and norms of Ancient Rome because that's when the city was built.

"The player will find themselves being torn between making some really difficult moral decisions regarding all these different philosophies. That's one of the really cool things we've been able to do, and in doing so we've been able to make it a bit deeper, darker and more adult [than the original mod]. It's very difficult to do that in a fantasy setting."

Indeed, Pearce believes there aren't enough moral grey areas in a lot of decision-making games these days, and he's hopeful that The Forgotten City will offer a more mature take on the genre. 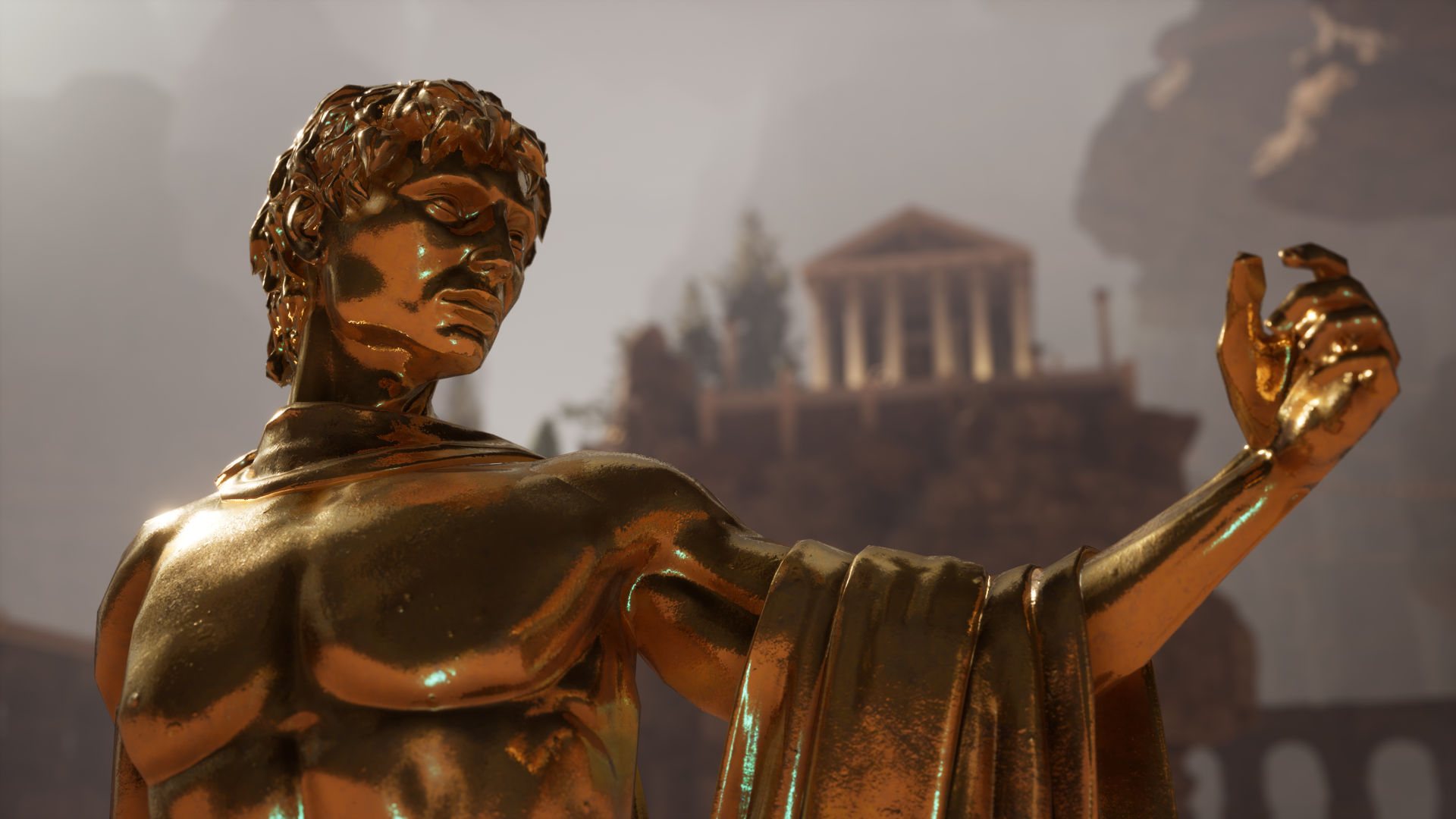 Pearce describes a quest in an RPG that involved exploring an abandoned town. "You were digging through the ruins and in the end, there was a really powerful, emotional story and the game just totally trusted you to figure it out for yourself. It just gave you credit for being an intelligent adult and figuring it out for yourself." Pearce liked this attitude so much that he wanted there to be more of it in games in general. This was the initial inspiration for the original Forgotten City mod. "I spent a lot of time smashing my head against brick walls, but 17,000 hours and three years later, I made The Forgotten City mod."

There's still a way to go before the standalone version is completely finished, of course, but with a launch window currently slated for the end of this year, Pearce is already starting to think about what he'll do next.

"After the game's finished, I'd really love to be able to just empty all this stuff out of my brain and get some inspiration from something new," he says. But the time loop of The Forgotten City might not be closed forever. "I don't want to give too much away, there is definitely potential for a sequel. If you get the best ending, it could lead naturally to a second game. But it really depends on what kind of feedback we get. If people want more of this then we'll do it. If they just want a new, crazy big story, then that's what we'll do."