The discovery of the analeptic power of rainbows is usually credited to Flight Lieutenant Peter Geidmentis of the RAF. In July 1943 his Spitfire Mk XII was badly damaged by flak over NW France. Too low to bail out, the DFC & bar winner was scouring the countryside for a suitable spot for a wheels-up landing when his ravaged machine passed through the arch of a particularly vivid rainbow. “The effect was immediate.” says Geidmentis in his 1968 autobiography, The Desecrators. “My Griffon engine awoke with a start. I found I had full aileron control again. When I glanced at my mangled port wing, my heart skipped several beats. The ragged holes had disappeared. Where they'd been, droplets of a mercury-like liquid scuttled about like scared scarabs. Tugged at by the slipstream, the last of these miraculous beetles lost its grip as I turned onto finals at Tangmere.”

The 127-cell honeycomb below is a fancy form of wordsearch in which every cell is used, and words can curl and zigzag but never overlap. Each hive foxer has a unique theme (previous themes:  Luxembourg, Harry Potter, gold, postage stamps...) but Roman respects the defoxing community far too much to disclose it prior to defoxing. 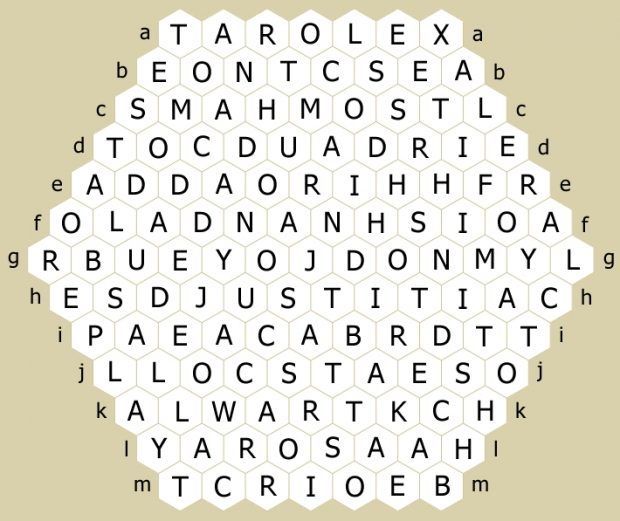 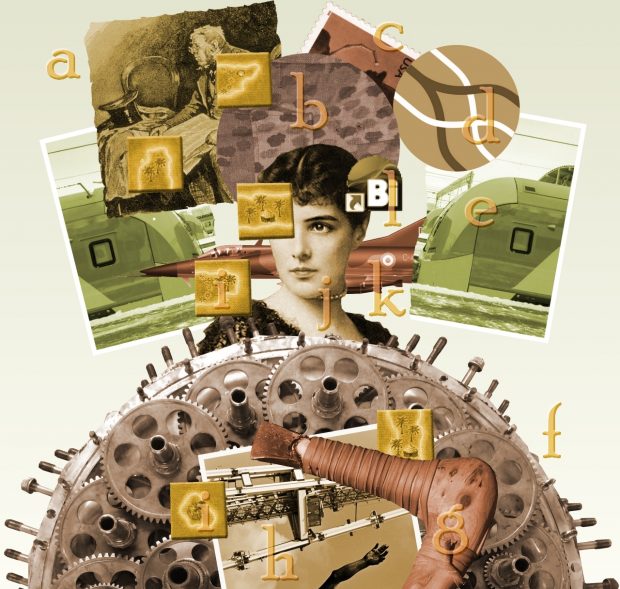